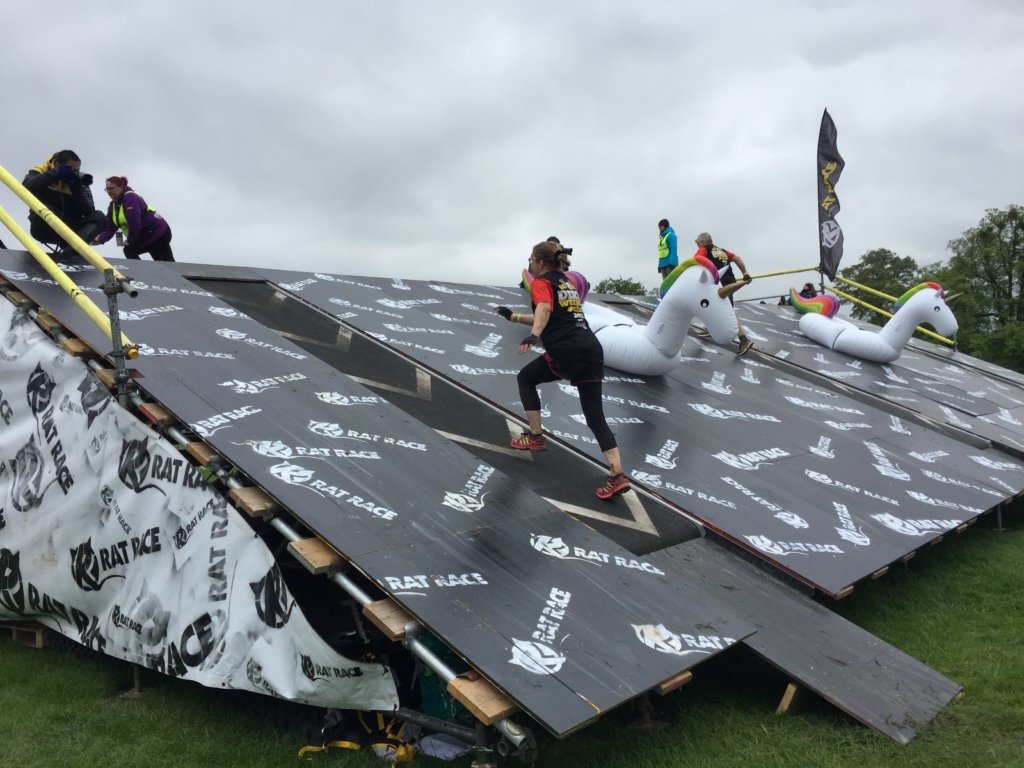 At the first OCR World Championships in 2014, I had a lengthy conversation about obstacle racing in the United Kingdom. That conversation was with Pete Rees from Mudstacle, Europe's largest obstacle racing website. During the conversation, Rees mentioned that if I were to come over to the UK for one race it should be Rat Race Dirty Weekend. 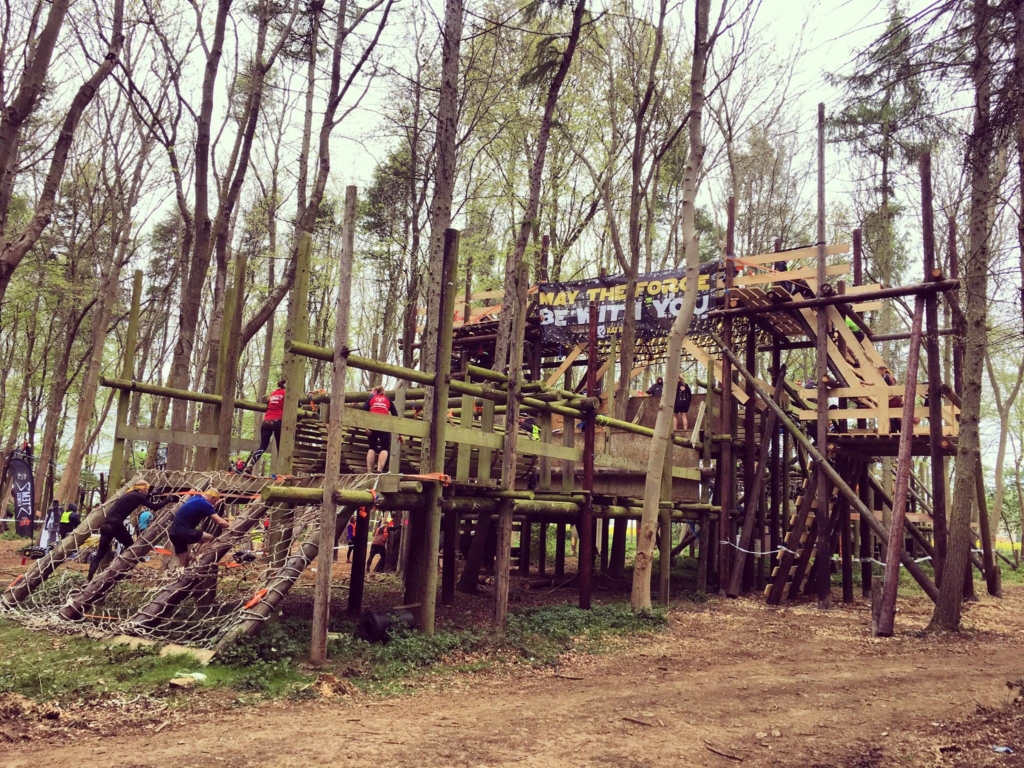 Since that conversation, this same event kept coming up as the “must do” or “epic OCR weekend” after years of wanting to see why this event was so special I finally booked a vacation to Great Britain to see family and booked end it with obstacle racing, Rat Race Dirty Weekend being the first event. 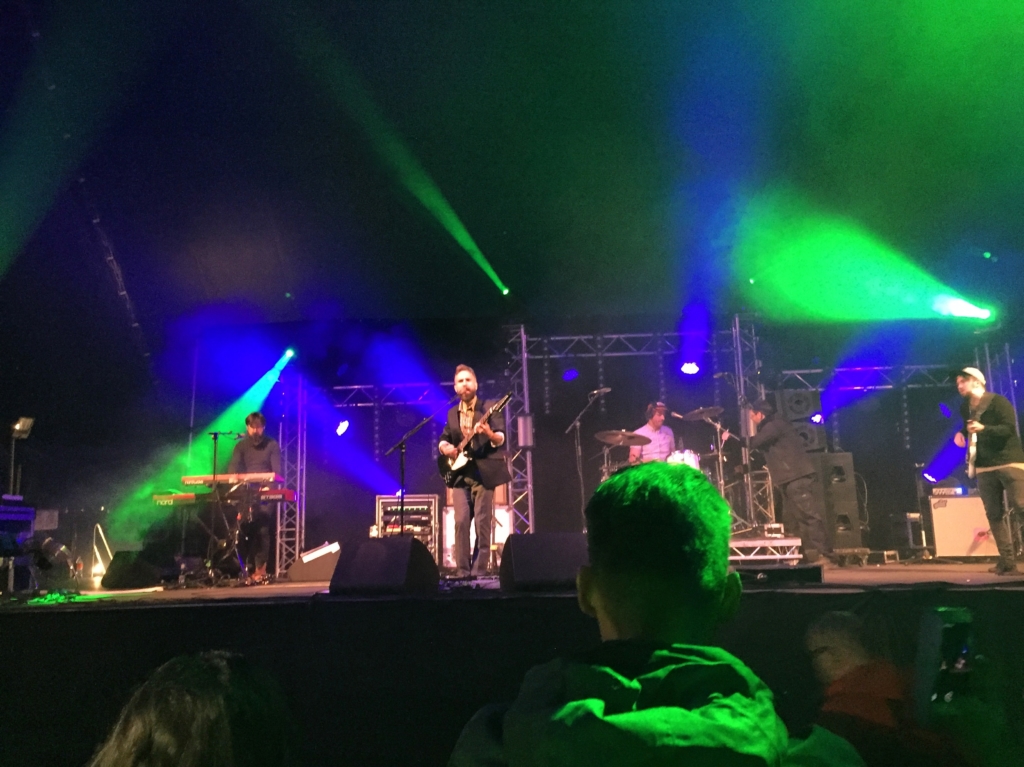 To call Rat Race Dirty Weekend, just an obstacle race would be an understatement. The weekend is about 30% about the race and 70% about everything else that takes place. The course set on a country estate looking like something out of Downton Abbey – a large English manor home set on sprawling estate grounds. For an American, it is like nothing you will find in North America. The race itself is held on Saturday and offers several options. The Full Mucker consists of 20 miles and 200 obstacles, the Half Mucker is about 14 miles long and offers about 150+ obstacles, and finally for those who want to push there is the Double Mucker which is two laps on the Full Mucker Course. But the race is definitely, only a small part of what makes Rat Race Dirty Weekend, unlike any other OCR experience. 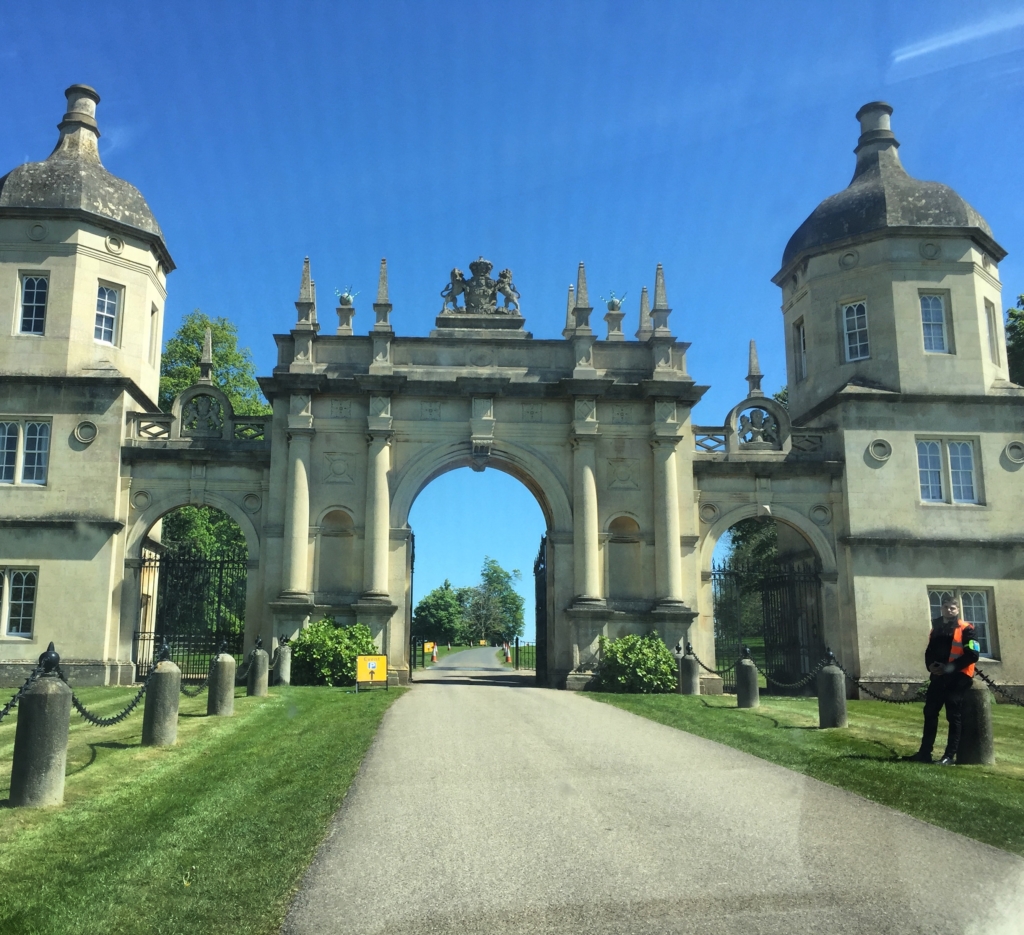 We arrived on Friday to set up camp for the weekend. To truly experience Rat Race Dirty Weekend, camping is a must for the entire experience. I arrived with Jojo Brown, one of the founders of the UK Mudd Queens, and we were to set up camping among the Mudstacle and Dutch Mud Men groups in the camping area. As we set up camp many familiar faces from the past, OCR World Championships showed up, and it didn't seem like long before beers and ciders were opened and the tone was set for the weekend. 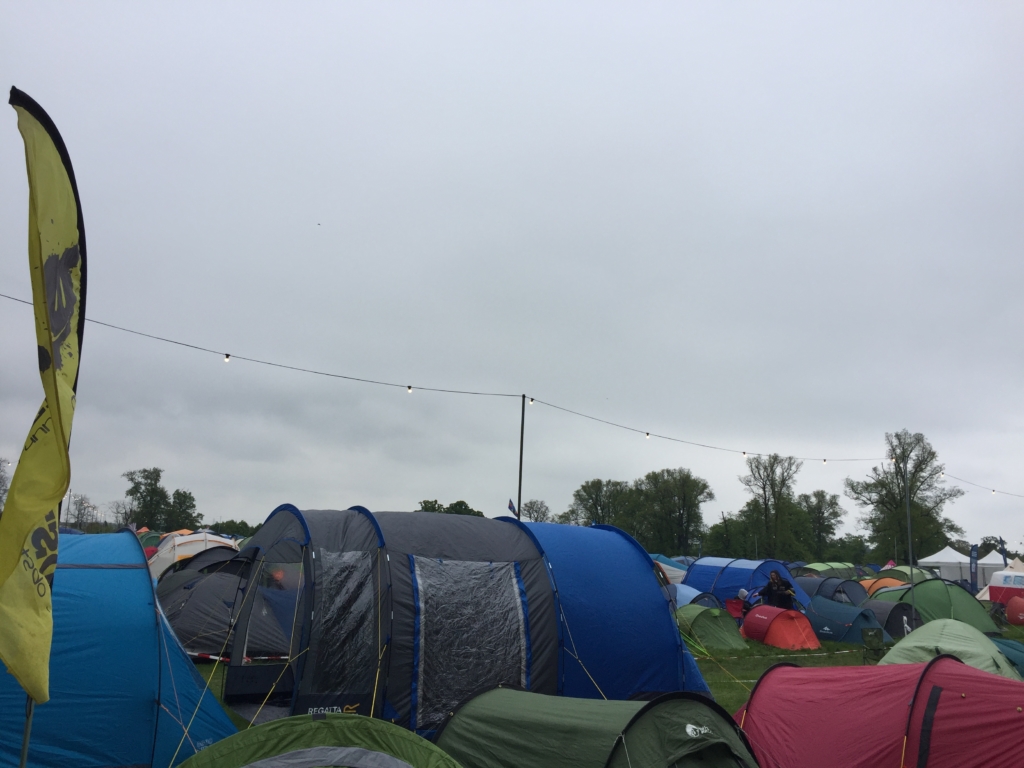 The official activities started on Friday evening with a world record attempt at a three-legged backward running race. Participants were encouraged to signup with free beer tokens given out at the end of the attempt.

I partnered up with Rosanna Kuit; another friend made at OCRWC. We lined up with probably at least a hundred or two other runners to take on this attempt, laughing along the way. 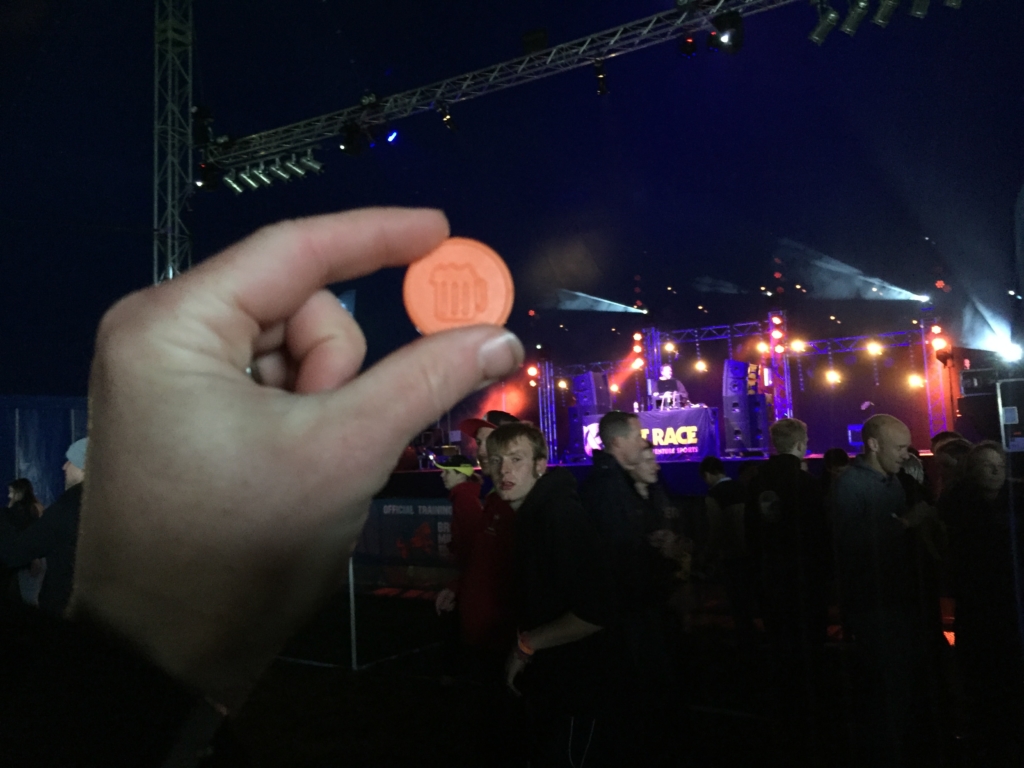 After the short run, we milled around the big top (the largest tent I have ever seen at an obstacle race) for a few more drinks before returning to camp on the other side of the festival area. The party continued in the camping area and for some went nearly to midnight or later. For almost all of the participants, this is not an event you go to for a Personal Record or take seriously. Instead, it is best to go into this race as you would Burning Man, Born to Run Ultras, or another festival. 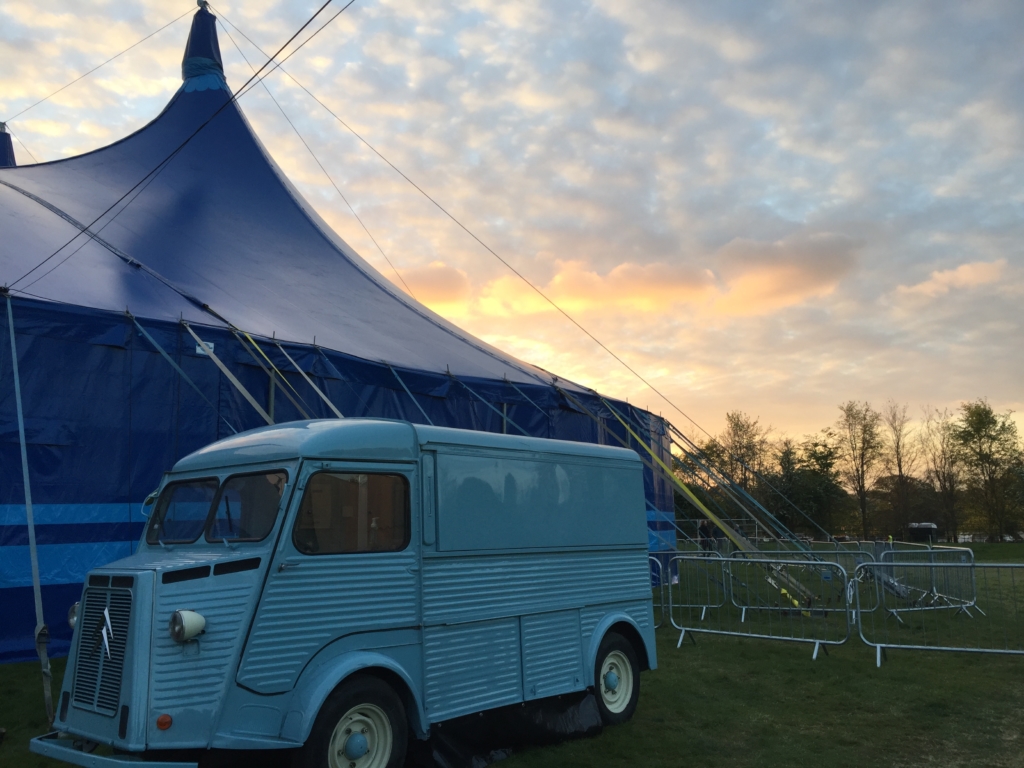 The next morning, as we all emerged from our tents, drank coffee and tea and milled around before our starts we prepared for the race. While the competitive racers and the double muckers set off on course, I milled around sipping tea on a chilly English morning. The weather was cloudy with drizzles in the air and about 40 degrees. I was entered in the Mudstacle/Dutch Mud Men wave which took off later in the morning. The most fun wave of the entire event. Check out Mudstacle's video below.

Highlights of the race included the Guinness Record longest monkey bars with Burghley House in the background. A note to those who are thinking of doing the race, for the maximum fun signup for the full or the half mucker. Because it is after the race that the fun really gets going. 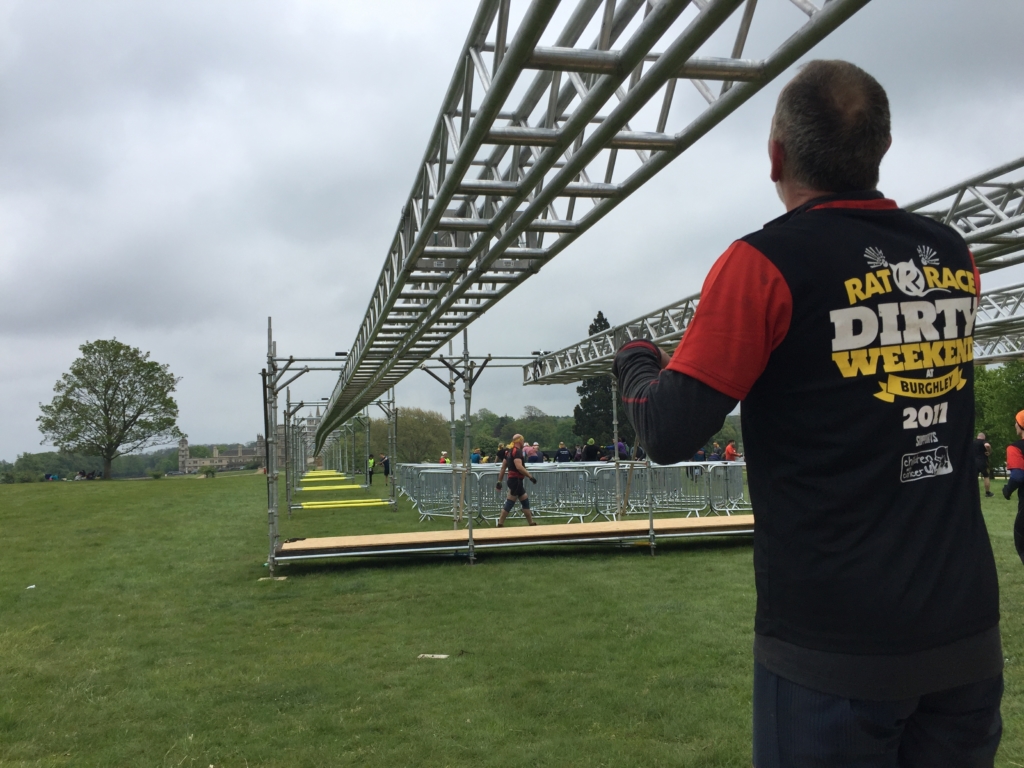 After the race, cold and tired. I headed back to the camp for the final obstacle, the shower. Unlike most obstacle races, Rat Race Dirty Weekend offers HOT SHOWERS for those camping. 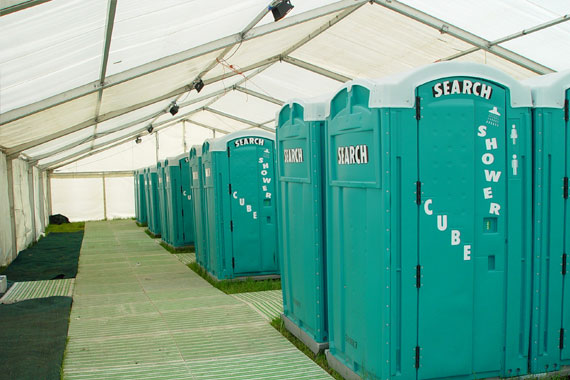 Shower Cubes with HOT WATER after the race. A photo of what they looked like not the actual ones. 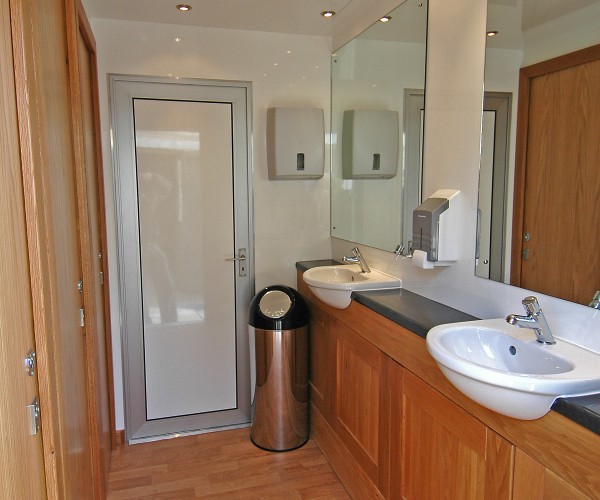 Real honest to god hot showers, and luxury toilets. Feeling fresh and clean after the race it was time to enjoy the weekend and the partying. The Mudstacle and Dutch Mud Men crew started the party early in the afternoon with Boat Races (drinking competition) a birthday party for a Mudstacle member, and lively conversation about the race earlier that day and obstacle racing in general. As it got closer to the evening, everyone grabbed a bite to eat either heating something at camp or heading to one of the many food vendors. I rather enjoyed my beef and ale pie and mash, a hearty meal after a race. As the sun got closer to setting, we all headed over to the big top for a night of music. 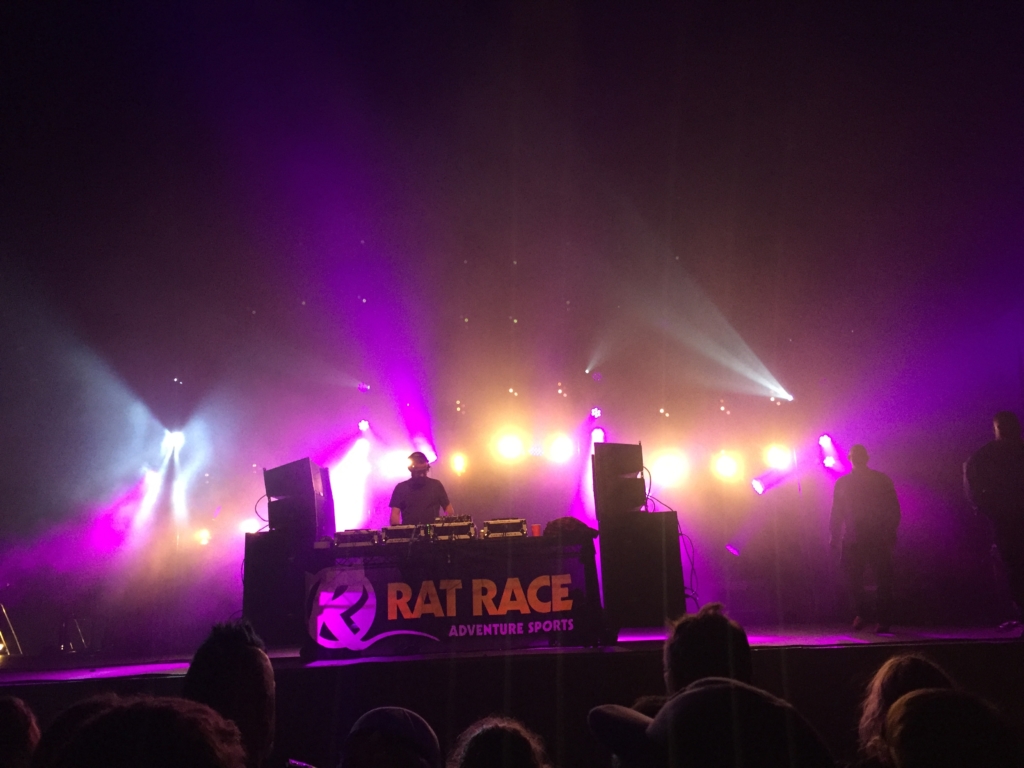 The first band to play was a cover band of Red Hot Chili Peppers, then The Hoosiers, then world renowned DJ – DJ Judge Jules. The party went on until well after midnight, and sometime around 1:30 am I finally headed back into my tent and into bed for the night. 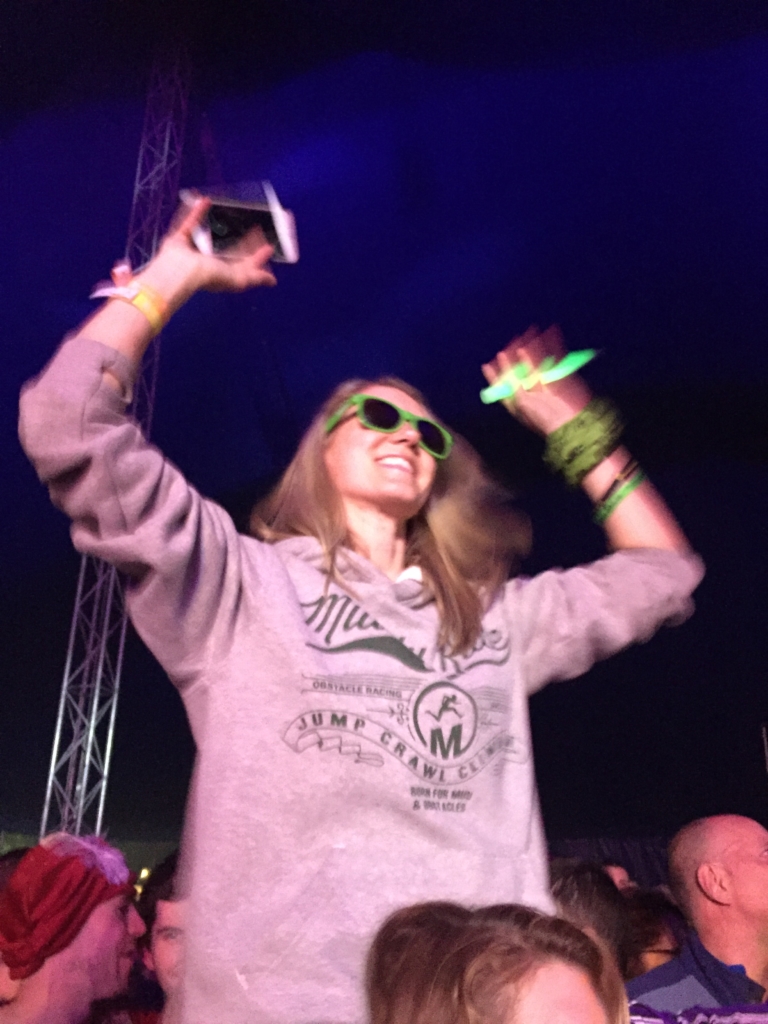 Everyone emerged from their tents Sunday morning, moving a little slower than the night before either from 200+ obstacles or one too many pints the night before. We started to pack up our tents, sharing tea, coffee, and stories from the night before with one another before heading our various directions. Like any good weekend, some memories are best left at Rat Race Dirty Weekend and not for print but safe to say this was the most fun I have had in eight years of obstacle racing at one event. 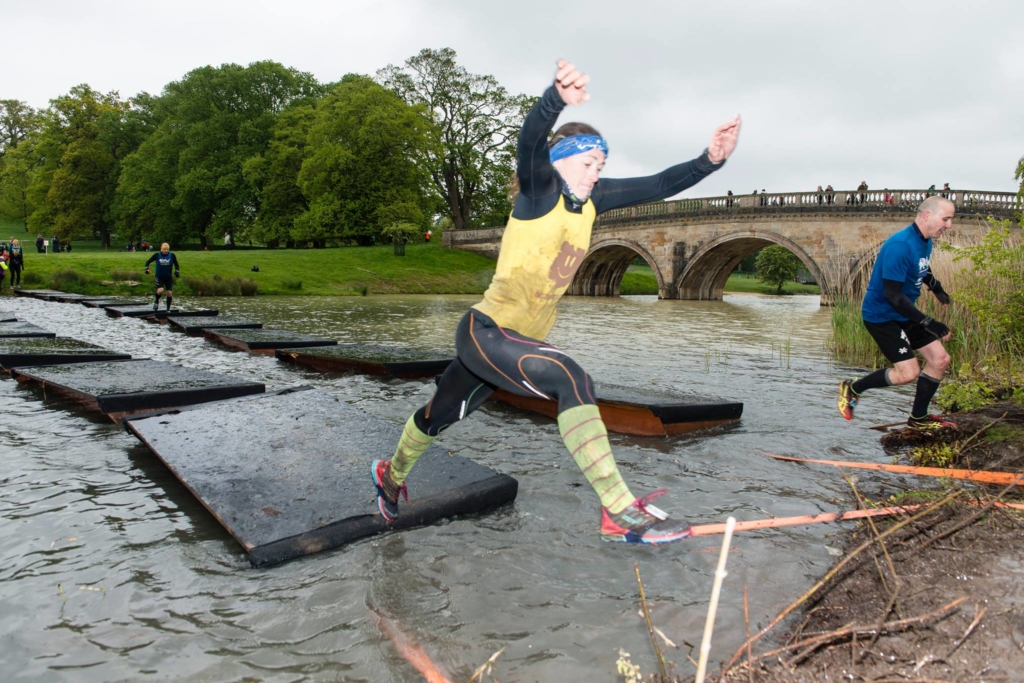 For those in the states looking to experience the best that UK obstacle racing has to offer, Rat Race Dirty Weekend is probably the most fun you can have at an obstacle race. Between the race itself and the party awards, there is a reason many have called it the “Burning Man of obstacle course racing.” Rat Race Dirty Weekend did not disappoint. Additionally, with the UK racing season in full swing, there are virtually races every weekend allowing for an extended holiday to stay for the next week for additional races.