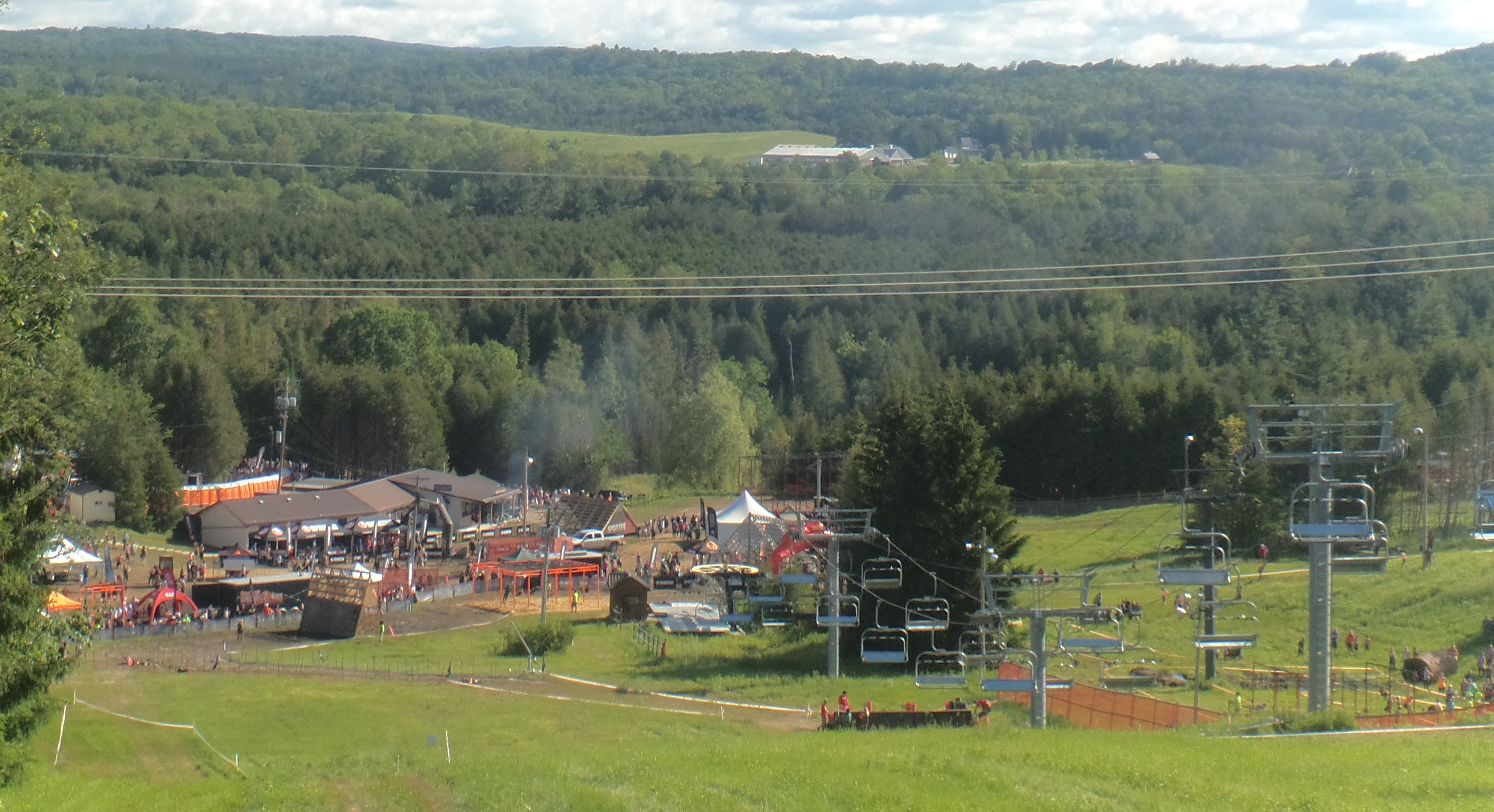 After each Spartan event, I vow to never do another. I cuss the entire up hill climb and curse as I descend carrying a bucket full of rocks or a sandbag draped across my shoulders. And yet, once again, I found myself lined up waiting for our release onto the mountain to begin the dreaded climb that at times felt relentless. We opted for the competitive wave to get onto the course before the afternoon heat set in and headed off at 0900hrs.

The race was located at Brimacombe which is in Clarington, Ontario and was a short 2-hour drive along the main highway. With 22 runs, it provided lots of variety between steep climbs and root twisted trails that looped us across 6.4 KMs for the shorter Sprint course.

Parking was the standard $15.00 and there was a bit of congestion for the eastbound traffic trying to get into the lot along route #18.  We opted for the westbound drive and managed to get into the parking ‘field’ without much of a wait.  It was about a 1KM walk to the village from the overflowing parking areas.

The MC was again, quite funny and kept racers current as to when to jump the first wall and get prepared in the start line corral. 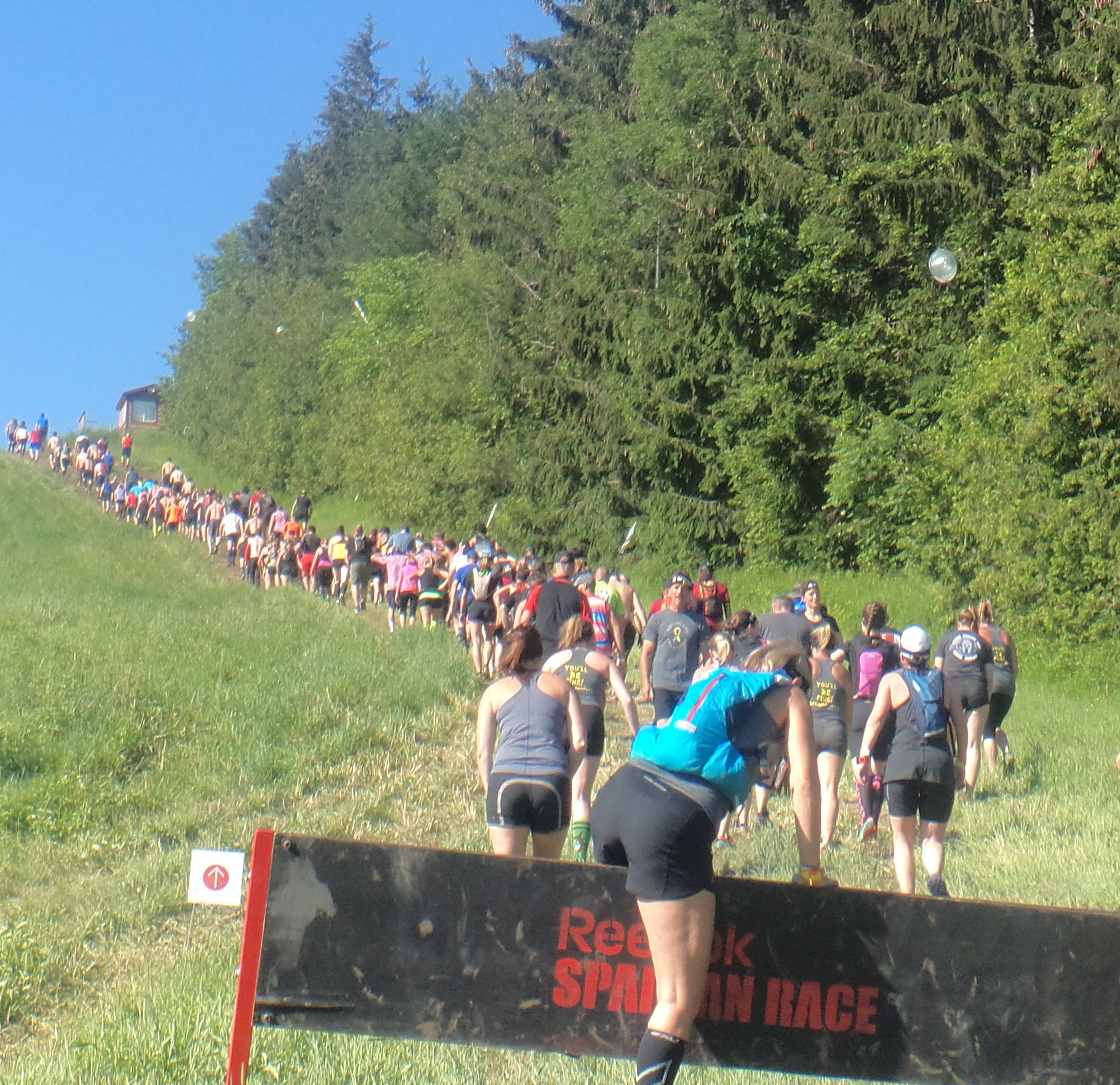 Once racers were released they began their ascent up the first of many climbs and skirted over shorter walls as a warm up. As this was a traditional Spartan event, it offered racers the chance to demonstrate their skills at climbing, crawling, carrying and throwing the elusive spear.  It also offered some excellent mud pits and a nice barbed wire crawl in front of the starting corral. One other fun obstacle is the giant cargo net that looms over waiting participants in the main village as we scurried over their heads in anticipation of the next challenge.

Overall there were 23 obstacles looped around the mountainside and towards the main village.  Some volunteers were allowing people to get help over obstacles where others were enforcing the 30-burpee rule and were quite rigid when it came to chest on ground and jump in the air to demonstrate a proper burpee.  It was hit and missed and lacked any consistency during the event.

Water stations were well situated as were the bathrooms that rarely had any lineups, a really great thing when you are pressed for time before an event start. Compared to Owl’s Head, this is a smaller slope, but still offered up some great challenges and beautiful scenery for those tackling the course for the first time.

This was another OCRWC qualifier where racers could earn their way to the Championships being held this October at Blue Mountain Resort in Barrie, Ontario, Canada.  It is rumored that the event could be heading overseas next year, so racers are taking advantage of the cost savings in travel this year.

The finish line was at the main village where volunteers awarded finishers with the Spartan metal and the ‘red’ piece of the trifecta.  Some racers had taken advantage of the day earlier Hurricane Heat -a four-hour team adventure and the Spartan Super which boasts a punishing 13-16KM and 23-29 obstacles.

It was clear who had tackled this challenge the day before as they could be heard complaining about their burning thighs as we climbed the first slope. It was slow going, to say the least, and everyone had to ease into their ‘groove’ to get things moving this early in the morning.

Once the race was over it was a party-like atmosphere with a vendor village, sponsor tents and swag. Music could be heard in the background and racers could relax with food and beverages after a quick shower at the hose off stations that were pleasantly not crowded and an excellent change tent separating men and women.  Photographers were on site for some of the more traditional action shots and photos were posted online within a week. 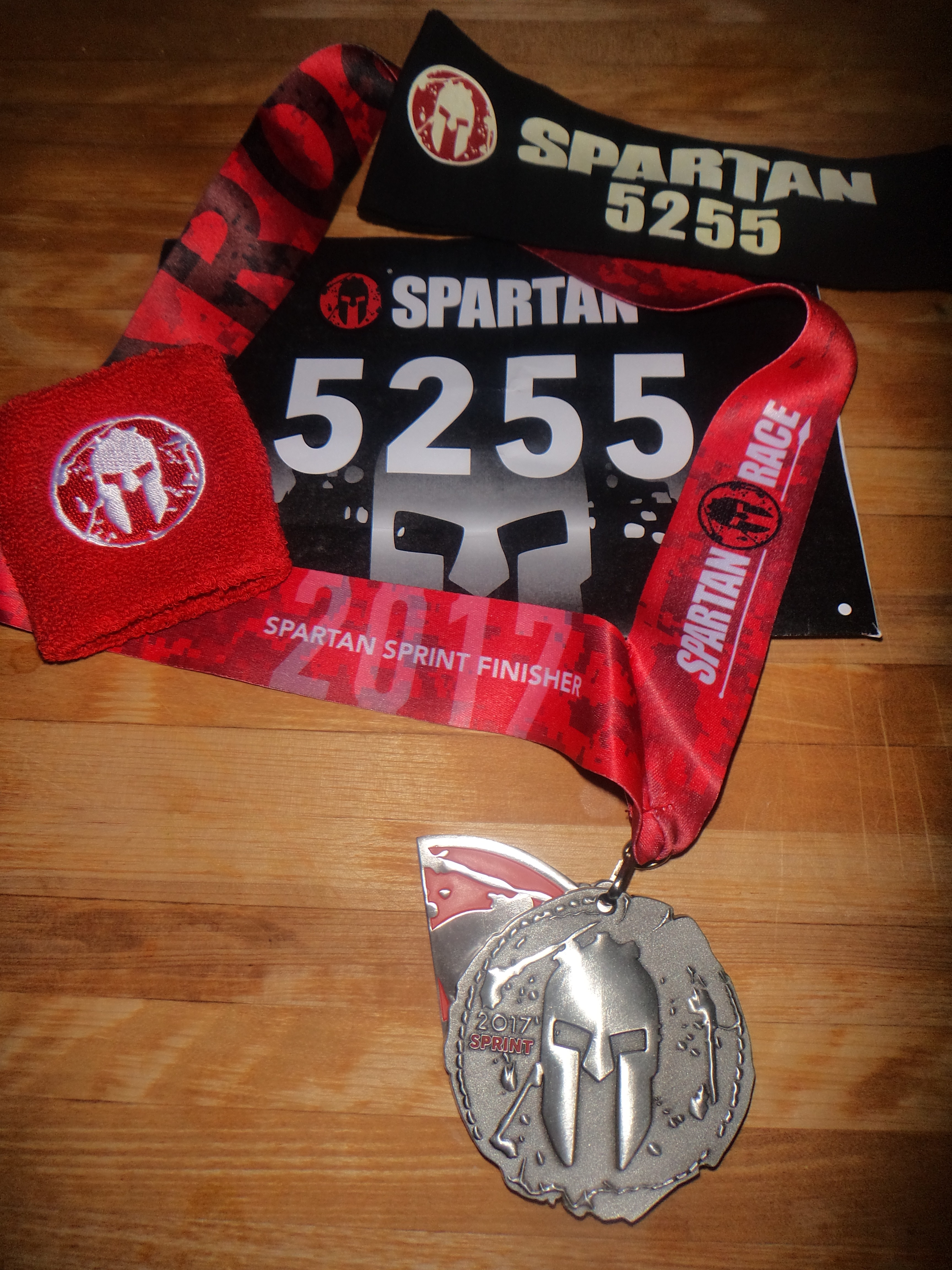 For race results check out: http://www.spartanrace.ca/en/race/detail/2250/results

Congratulations to all the qualifiers and to those that completed their Trifecta weekend!

Thanks to the race organizers and all the local volunteers for their hard work and continued support along the course, well done!