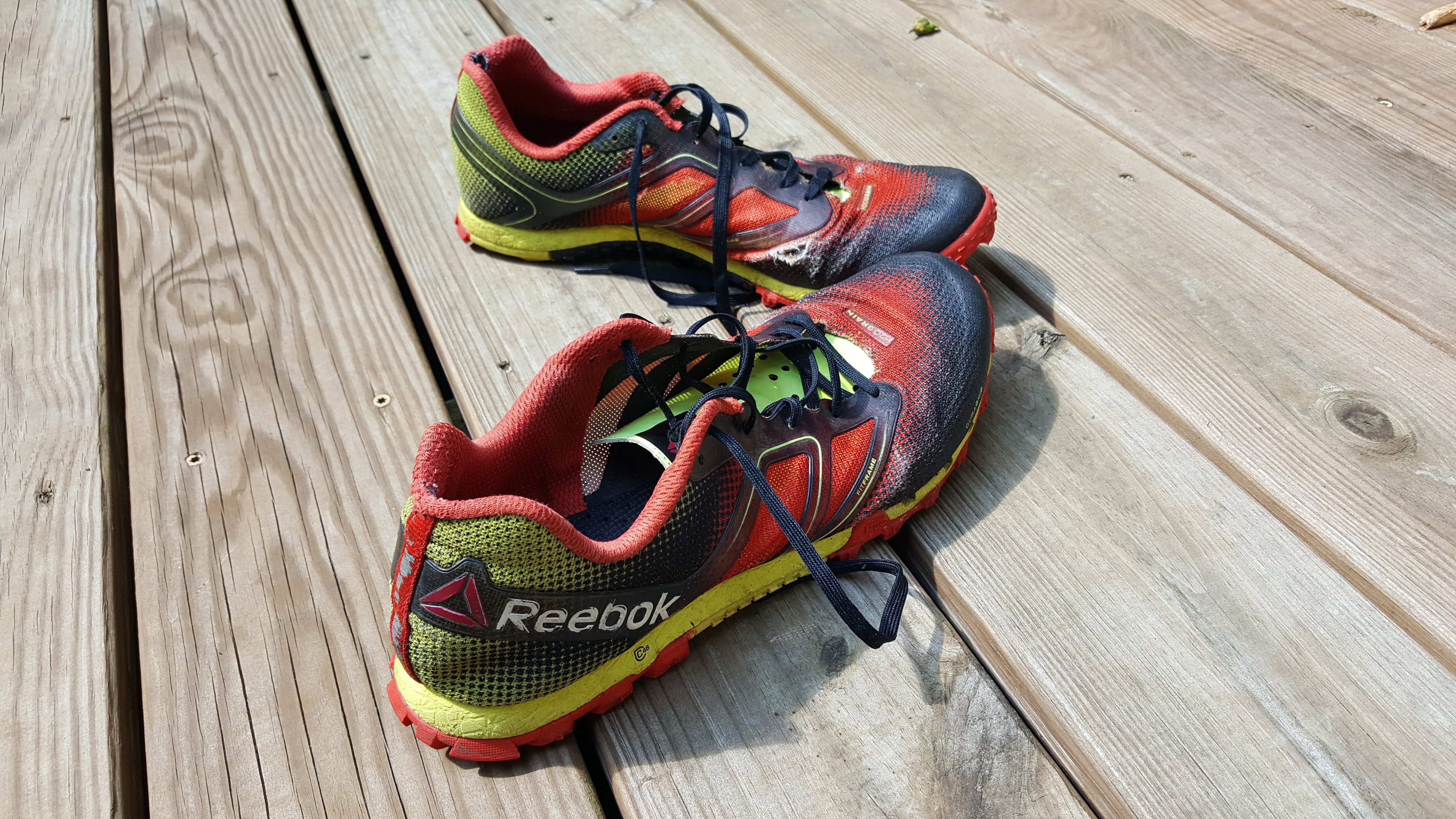 My original Reebok All Terrains

A long time ago at an obstacle course far, far away, I spotted a pair of shoes I’d only seen in pictures.  They almost looked alien in their bright red and yellow coloring.  They were the Reebok All-Terrains, OCR’s introduction to the specialized shoe for the budding sport.

I did not recognize the man wearing them but I had seen him earlier in the day at the starting line warming up a group of runners at the May 2014 ABF Mud Run.  I was an obstacle volunteer at the log hurdles.  That’s where I spotted the shining beacons of hope for all of OCR.  The bearer was none other than Charles “Jazz” Vassallo.  He had just completed a one-two finish with his brother Stephen only minutes before.  Now he was back on the course to put the AT’s through their paces so he could write a review. 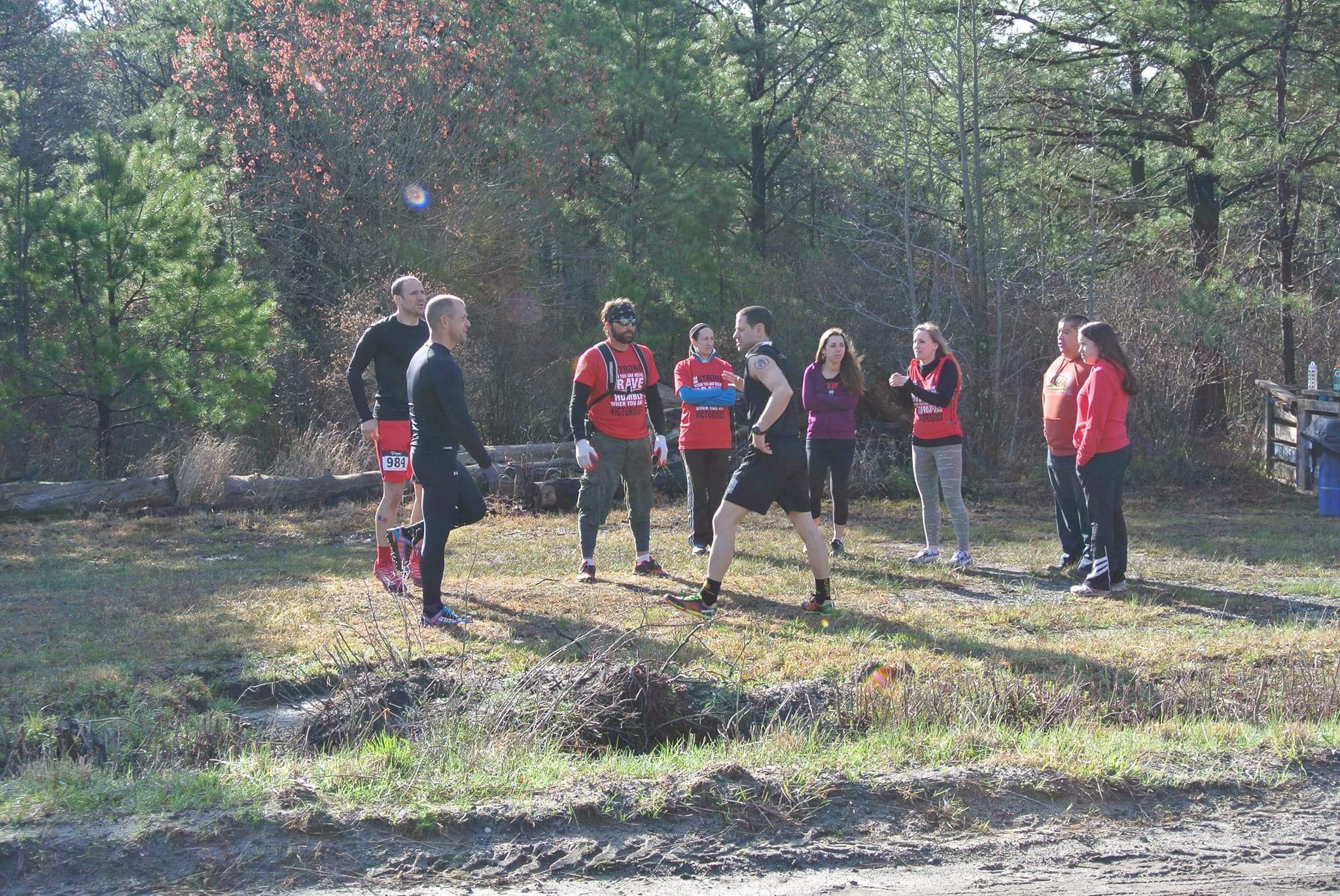 Jazz warming up the next wave (Photo courtesy of Rich Shoemaker)

He was also out there to help new runners.  After all, this was way back when ABF was new, OCR was new, and heck, just about every runner was new at the sport.  There were no shiny pre-fab obstacles, no cameras or TV, and just a handful of spectators made up of family members wondering what this OCR thing was all about.  The only thing new on this otherwise raw, Jersey swamp course were those weird Reeboks.

At the logs, I stopped Charles and asked him what he thought of them.  He gave me the nickel tour.  Narrow shoe.  Excellent drainage.  Huge sticky studs on the soles.  Holding up so far.  It was only mile two.  And off he went.  I didn’t even get his name.  In fact, I did not formally meet him until months later at the next ABF race. 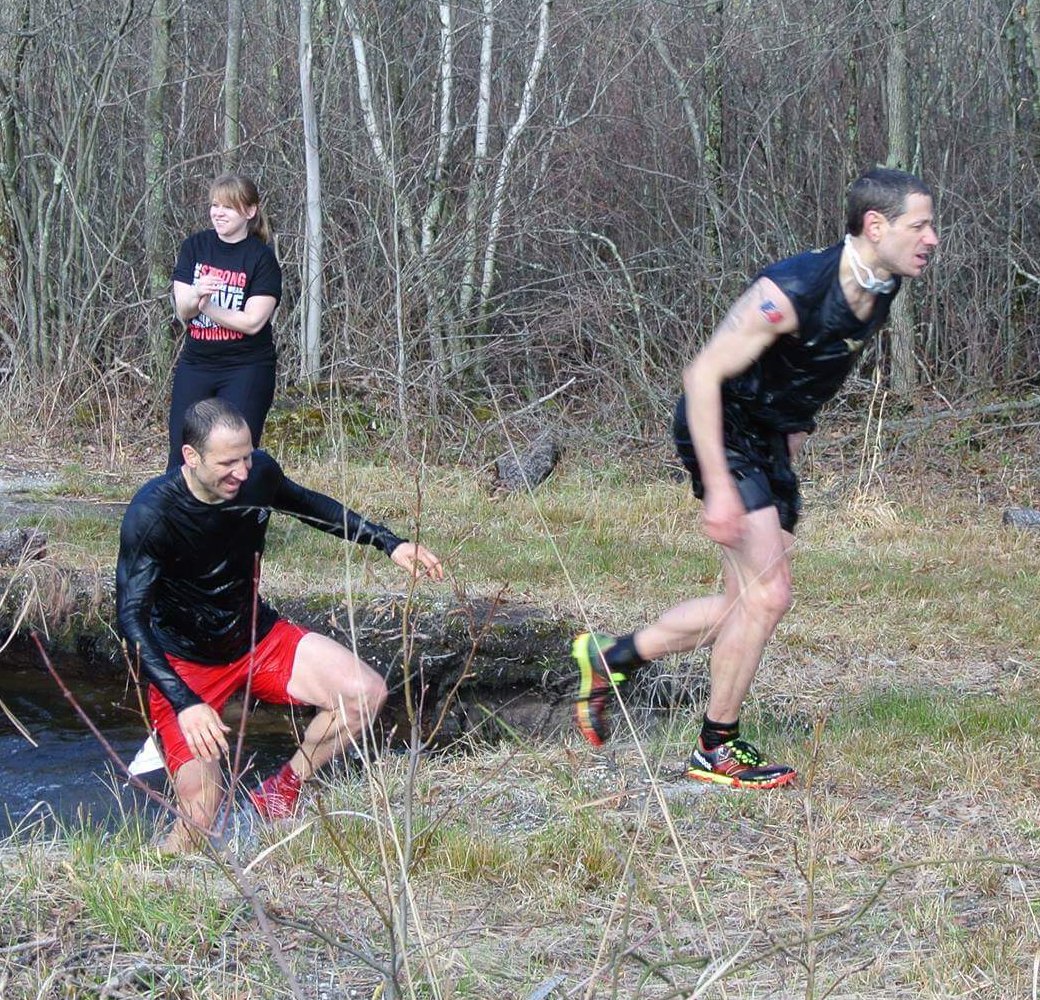 In the meantime, word had gotten out about the Reebok All-Terrain OCR sneakers.  There was a dark side.  A lot of racers complained about the lightweight construction.  The sneaker didn’t last maybe one or two races.  Spartan Race and Reebok kicked up the rebellion against the shoe empire by launching a targeted marketing campaign.  They had a contest to give away pairs of the AT’s.  I was one of the lucky winners.

I still have those shoes.  Many miles and many races later they are still my favorites.  Though they are long since retired from competitive racing, I still wear them for training.  After all that mud and water and sweat, they permanently stink.  So they stay outside in the shed.  But they are always ready to do battle.  The rubber sole studs are worn down low but otherwise, there is still a lot of fight left in them.  Did I just get an exceptional pair or were all those other racers’ Reeboks truly falling apart?

The news claimed the latter.  Reebok swiftly rebuilt the ATs with upgrades and better defenses. I look back fondly to those early days when us old warhorses gathered for battle.  We broke a lot of new ground and paved the way for the fledgling sport of OCR to strike back at those who thought it would never last.  Maybe version one of the AT tanked, but clearly the Reebok Spartan powerhouse remains in full command.  That’s due in no small part to the excellent shoe they make for those of us faithful to the cause.

0shares
Disclaimer: The viewpoints expressed by the authors do not necessarily reflect the opinions, viewpoints and official policies of Mud Run Guide LLC, or their staff. The comments posted on this Website are solely the opinions of the posters.
By OCRMudmaster|2017-07-27T10:55:32-04:00July 27th, 2017|Op-Ed|1 Comment