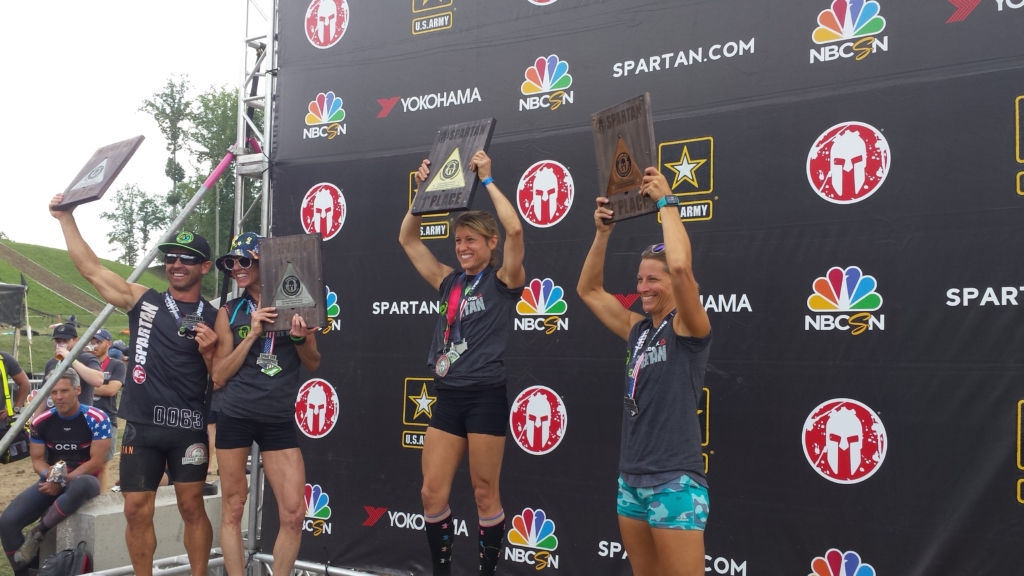 Some 11,000 athletes made their way to southern West Virginia this past weekend for the Spartan Race Trifecta weekend.  On Saturday, the Beast hosted many of the sports finest athletes of the sport as NBC Sports covered the event.  The event was postponed 30 minutes due to heavy fog on the mountain.  The event was held at Summit Bechtel Reserve in Glen Jean, and it is a massive piece of property at over 10,00 acres.  SBR had some steep climbs in the densely-wooded mountains, water crossing, and an amazing 880 ft. Suspension bridge well more than 100 feet off the ground.  The weather for the weekend was a perfect range between the mid-70s and 80s depending on when you were on the course.

Spartan seems to be very consistent with the obstacles on a Beast course.  Early in the race, you had wall crossings, a steep but short Bucket Brigade and the Z Walls.  The front of the course was set up for a very quick burpee free start.  Towards the middle of the course, things began to pick up a little.  A heavy Sandbag carry was mixed in with the Spear Throw and a Swim obstacle which only required a handful of strokes after treading in very comfortable water before getting out and completing 5 burpees and swimming back.

The 400+ lb. Tire flip and rope climb soon followed to round out the first 10 miles.  The end of the course, as typical in a Spartan was where the drama came in to play.  The rope traverse began the final gauntlet of obstacles that would make this course memorable for Spartans of the Beast.  The Log Carry, the obstacle everyone was talking about afterward came about 14 miles into the race.  The men’s logs weighed in well over 100 lbs.  You began with a steep descent of probably 100 yards in length and soon made a similar climb.  Men and women near me at the top of the climb assumed that this 600 feet or so were going to be the end of the log carry and logic seemed to back that up. 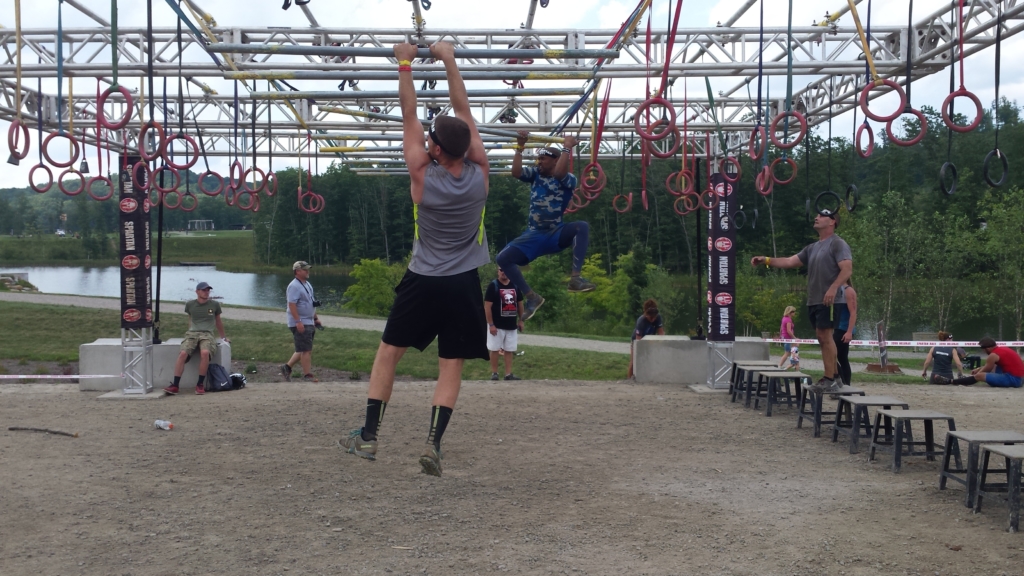 After you made it to the top of the hill, you had another almost quarter mile additionally until the obstacle was complete.  This was grueling.  The final four obstacles now were all the more difficult with the Log Carry just behind you.  Twister was followed by Herc Hoist which was followed by Olympus.  The Multi Rig completed the Final 4, and you were a moment away from your Beast medal.

I loved this course!  The weather was great, and some of the views were beautiful.  I had a chance to meet some nice guys on the course.  This course tested running ability as it had some flat parts.  The mountain provided an elevation change of 4,500 feet, so this tested climbing abilities of all Spartans involved.  Grip strength, upper body strength was tested with the 30+ obstacles.  The suspension bridge was really neat to have integrated into the course.  I always love having a shaved ice in the festival area! 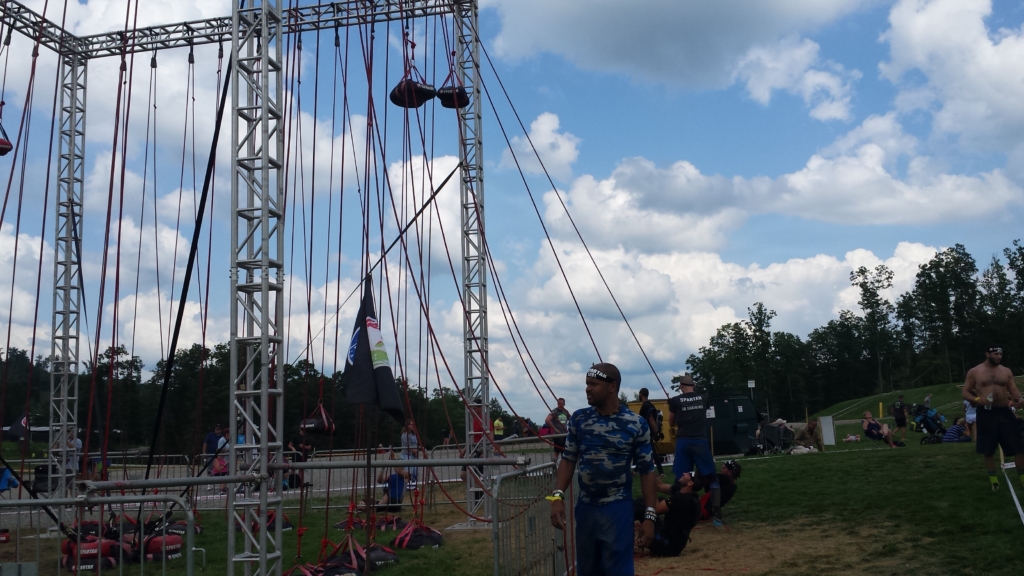 I again missed the Spear Throw.  I tried Twister this time going backward and made it 80% before losing my grip.  This will be the method of choice next time, and I feel I will make it.  Had Olympus and Multi Rig not been right after Twister, I think I would have completed both.  Instead, I made it to the back half of each before my arms gave out.  Four rounds of burpees for me.