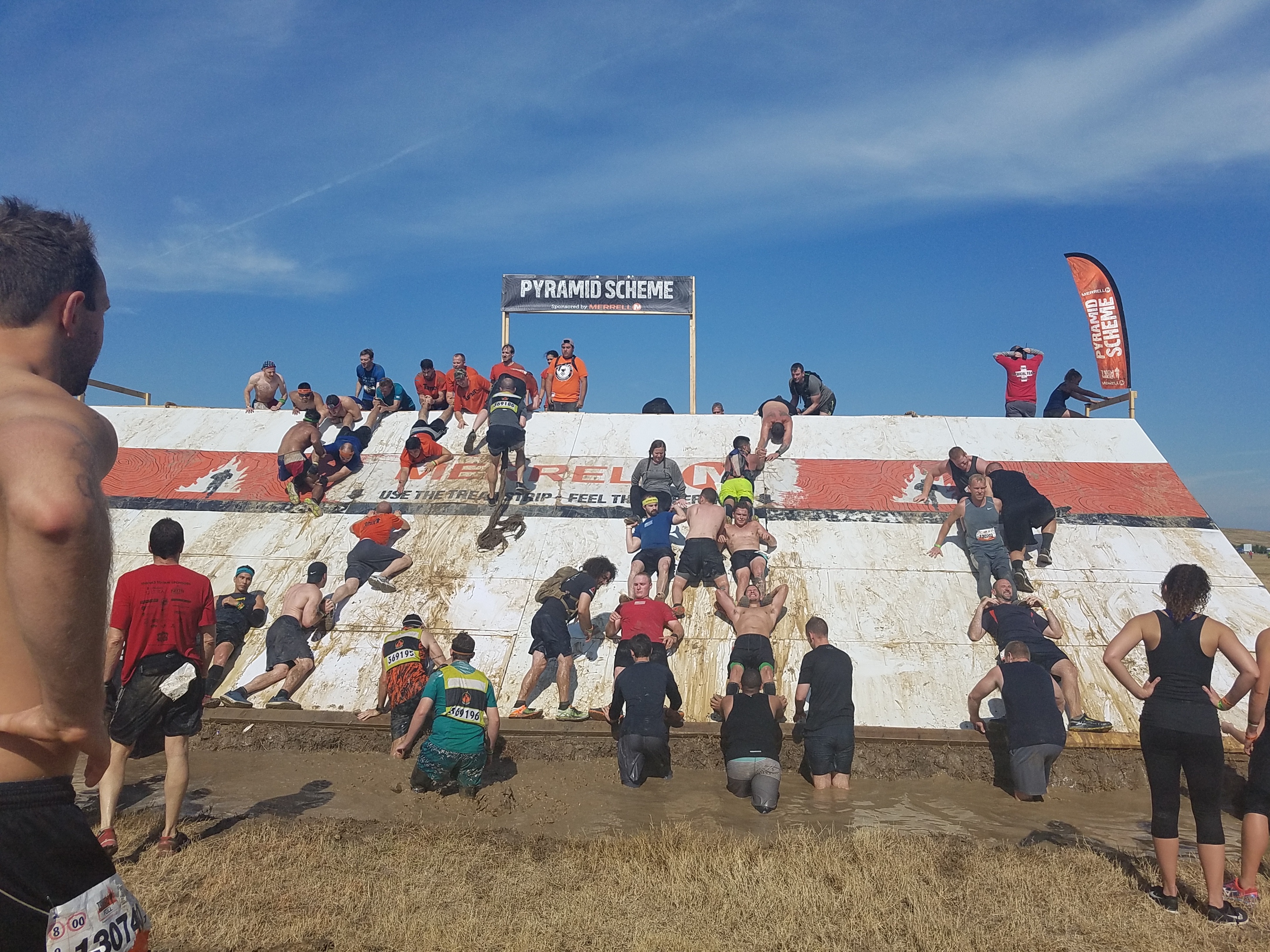 As I continue to do more obstacle course races, it’s very humbling to get to see them evolve, sometimes for the best and sometimes for the worst.  While I can say the Central Texas Tough Mudder was one I thought improved and was better than it was the year before – I can honestly say I was shocked to see the Dallas course take the opposite effect from last year. 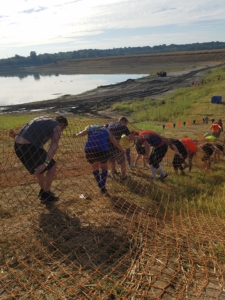 I could say I loved the Dallas course last year and had a blast on it, despite it being on a piece of land being developed for housing.  Due to more growth in that neighborhood, I believe they had to modify the course from last year and I feel it could have possibly been better.  I remember last year I got to run through a lot more wooded areas and this time, we were practically in what looked like a barren land of dirt, dirt, and more dirt with the occasional mud.  On top of that, it felt like the course was very a lot more divided, where there were long periods of no obstacles than is usual, followed by 3-5 back to back or many rushed at the end. 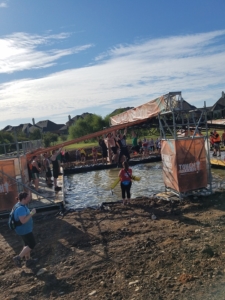 For this event, there weren’t any new obstacles.  Arctic Enema is still my least favorite obstacle, as it was ice cold and trying compression gear for the first time, it made it extra cold.  I also tried out other gear, such as gloves to help with grip.  I won’t be trying gloves in the future, or if I do, I’ll have to try another pair of gloves because these definitely didn’t help me on Funky Monkey or Stage 5 Clinger.  Mud Mile 2.0 had a more interesting aspect to it this time around – there were a lot of people congested in the pits of mud water between mud mountains then there had been before.  Because of all the congestion, it actually made the event more challenging, and even more fun than in events past.  Everest 2.0 and Pyramid Scheme were still some fun events to do, but those were so close to the end of the course, that most of us were dead tired by that time. 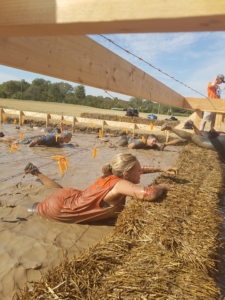 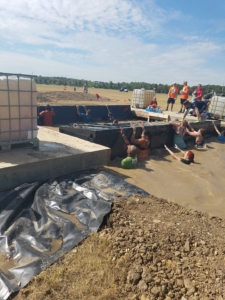 What I did differently for myself!

One change I had this course was that I ran it with a group of co-workers and I can say that after running even more so with a group of friends, I can definitely still see the appeal of what brings me coming back to Tough Mudders – the feeling of camaraderie you feel from everyone else around you.  From Coach getting us pumped up before the race and sharing with new Mudders and Legionnaires what doing a Tough Mudder is all about, to having a group of friends to be there with you through the race, pulling and pushing you through at times.

What’s even a crazier event is that I ran into someone I had done the course with the previous year (carried them on Hero Carry) on the event course this year?  I still like the appeal of that – being a part of what they call the “Mudder Family”.  I can definitely say that in the future I’ll be pushing for a group of people to run with.  The event is fun by itself but running it with a group of friends is even better. 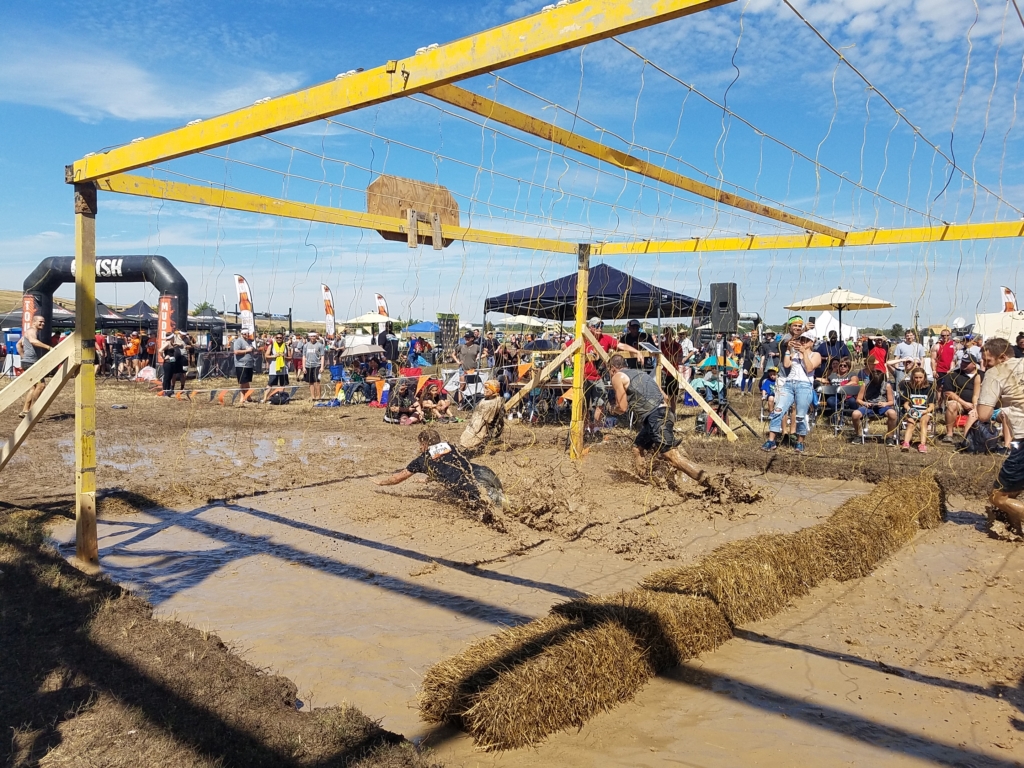 Electroshock Therapy – My group getting shocked at the end!

Another change that was observed was the spectator route.  My photographer had some trouble getting from event to event as part of the red route and even had some trouble with the terrain.  She had not only messed up her ankle trying to go from the obstacle to obstacle due to the not so well done paths, there were even issues where kids and others were coming out fairly injured.  Part of the red route appeared to just have been freshly cleared, where there was almost bamboo-like plants that looked like they had gotten chopped up.  The problem was that some of those plants had a point, and could easily go through shoes/sandals, and spectators had that happen. 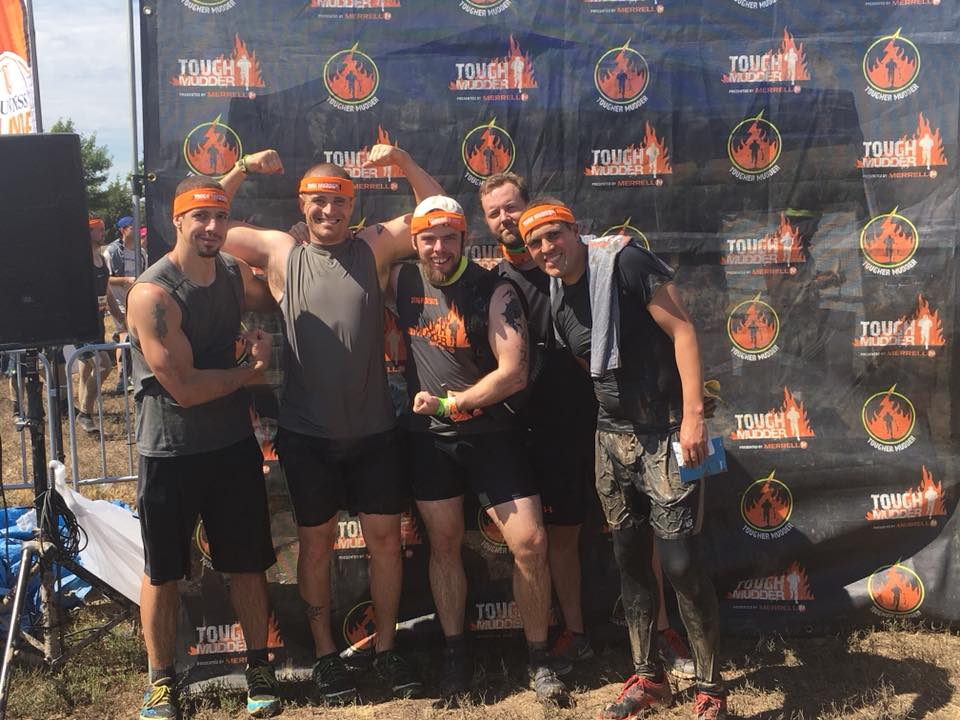 Group photo of the end

I had even noticed these plants that looked freshly chopped up on the course, and they definitely didn’t feel good scratching against my legs as I ran by them.  The other challenges with both of these spectator routes, was that a spectator would practically have to run with their Mudder to get from obstacle to obstacle for photos or videos, which can be challenging for spectators carting around kids.

Overall, while I would run it with my group of friends, I would not recommend this event for people as their first Tough Mudder due to the course, especially if they’d have spectators.  Spectators shouldn’t have to run the distance of a Tough Mudder half just to take photos of their family and friends.  I can hope that the company can definitely look into ways of either using Viridian in a better manner or to look for other venues in the future.