The mass start of Getting Tough The Race

Every year in early December thousands of obstacle course racers from all over Europe make their way to the small town Rudolstadt in Germany. But not to visit the nice Christmas markets with their mulled wine. They are on an annual pilgrimage to Getting Tough The Race, Germany's coldest and also toughest obstacle course race.

To some members of the OCR community Getting Tough is a familiar name. The Getting Tough core team has placed extremely well at World's Toughest Mudder in the past, including a female runner-up in 2016, a win in the Team category and a third place in the National Relay Team category in 2017.

But it turns out that these guys are not only fast, they also do a really good job of organizing tough races themselves. Their main one is called Getting Tough The Race. It is around 24 kilometers long with over 150 obstacles and attracts around 3000 athletes each year.

Getting Tough The Race – 150 obstacles in the freezing cold

The race weekend kicks off with a short course race on Friday evening called Sprint At Night, where athletes can run the last half mile of the big course, including lots of obstacles. Athletes start in small groups, with a final round of the top 10 to crown the winner. Most athletes, however, see it as a final test run to familiarize themselves with the obstacles before the big race the next day. 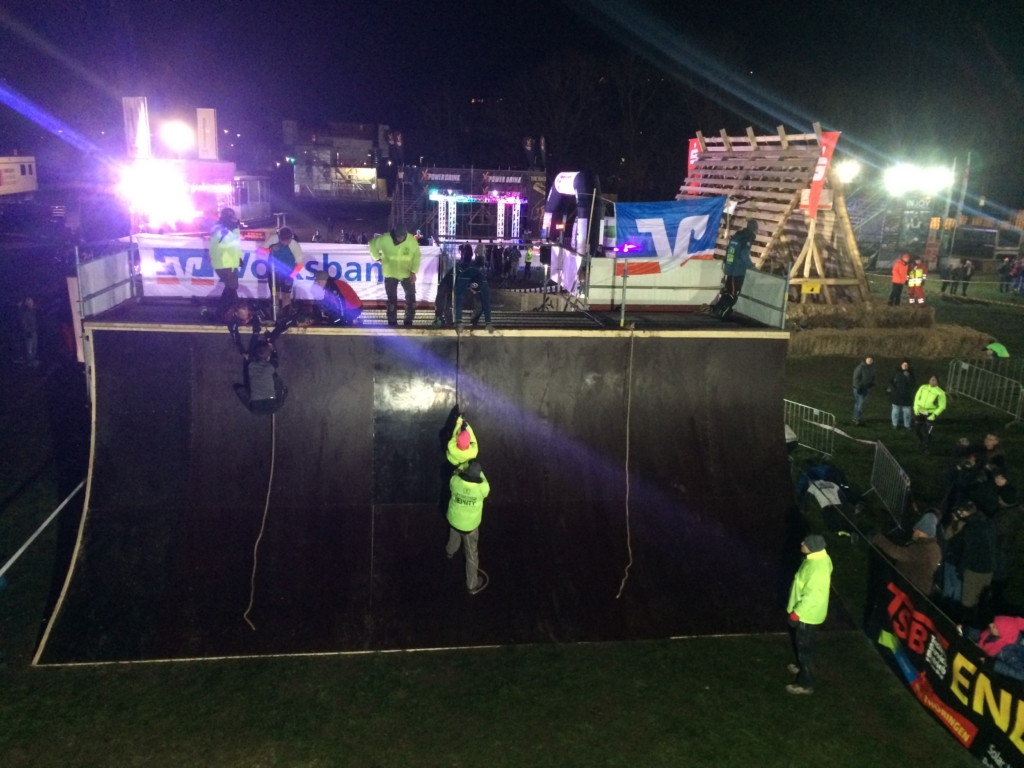 On Saturday morning athletes gather in the festival area. It is freezing cold, and people try to snug inside the heated tent to get warm and to hear the opening speech. Everyone gets fired up, which is really necessary for the torture that lies ahead. After that athletes and spectators make their way together to the start line, which is about a mile away. 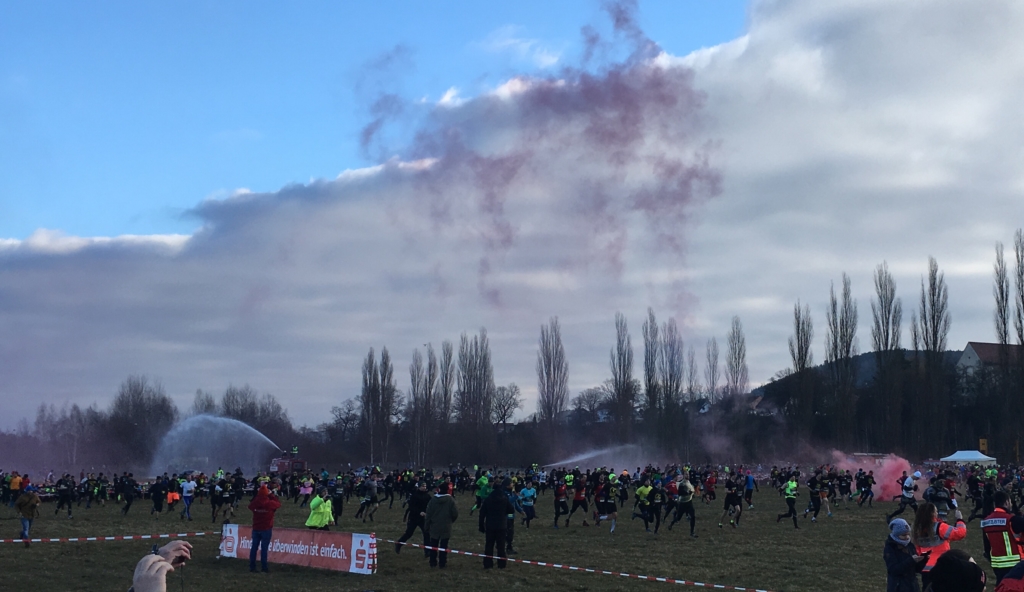 The mass start of Getting Tough The Race

The mass start of Getting Tough The Race with several thousand people is one of the legendary highlights of the race. So at 10:15 a.m. sharp a flying squadron passes over the start area and a gunshot sends the racers off onto the course. The first big obstacle is two chest deep and ice cold moats, that leave everybody already soaking wet from the beginning. The course then heads south, on trails with rolling hills and with various obstacles. The highlight on this part is the local paper factory, paper obstacles included. After having completed the Half Marathon distance, the athletes come back to the two moats. They now have to be conquered not by crossing them, but by swimming along the full length.

The second highlight of the course is the section in the public pool. First athletes have to jump into ice cold water and dive under several logs, and then complete a rig section above water. 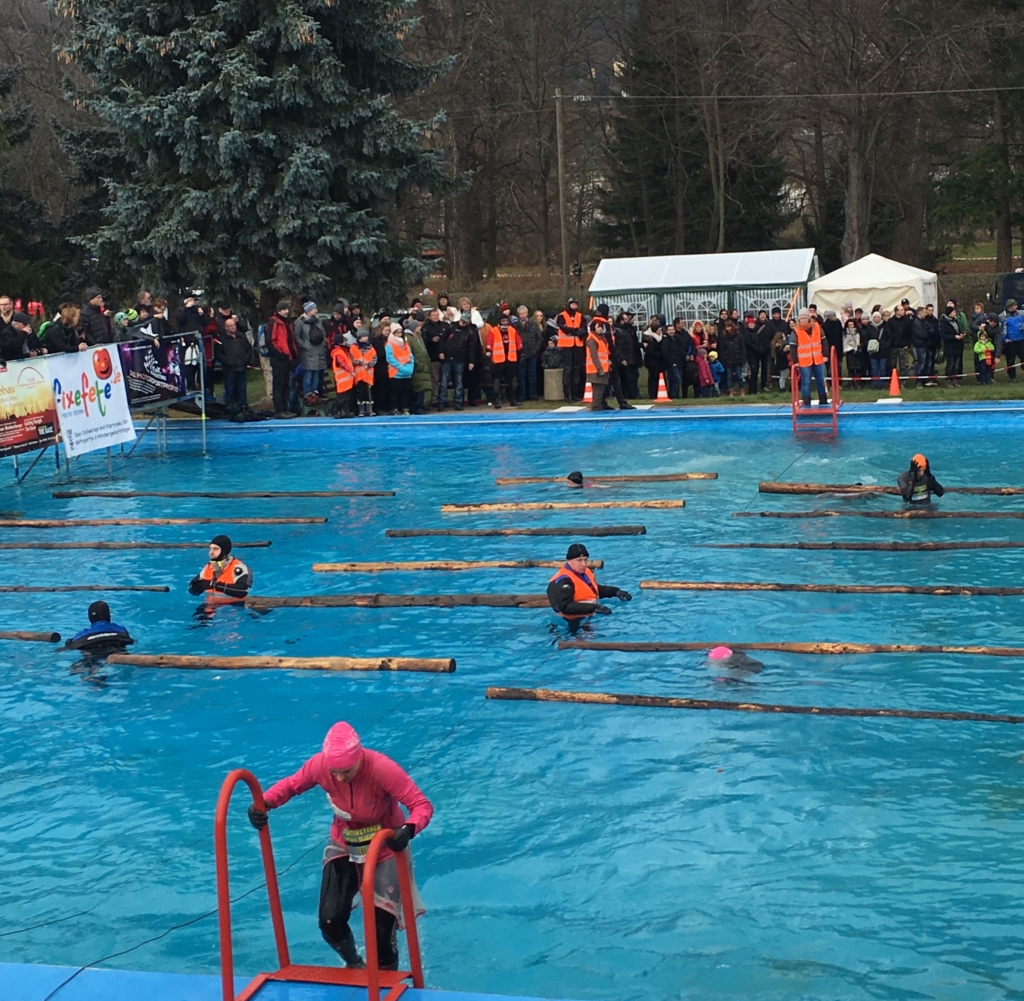 Needless to say that with temperatures just above freezing this is a big challenge for a lot of racers. A lot of them try the rig, but then have to take another plunge into the water. But they will not get a chance to warm up after that. The entrance to the last section of the race contains two more obstacles where a cold waterfall is coming from the top. If they are not already cold before, they will be afterward. If you think that this sounds already like a lot of water, don't be fooled. The racers were lucky that the organizers had to suspend the crossing of the local river due to high water levels. 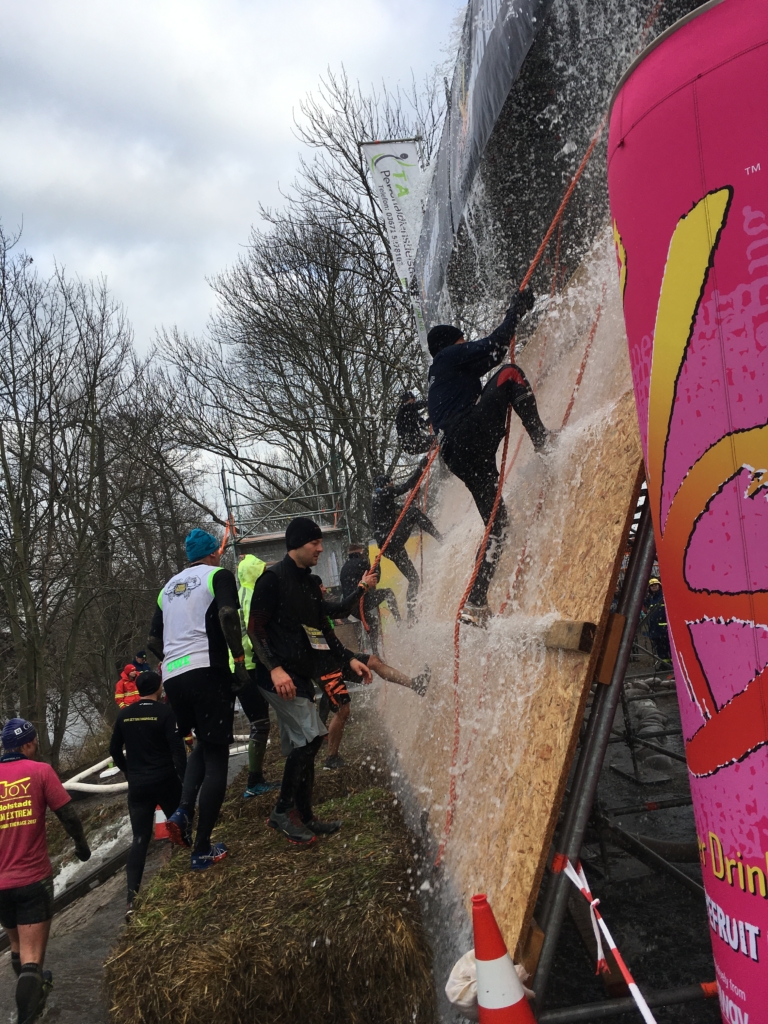 From there it is less than a mile to the finish line. But with the freezing cold and another 30 obstacles, it feels like an eternity. A lot of these obstacles are also very grip intense and most athletes struggle. So when athletes cross the finish line after this final Walk of Fame, they are shivering heavily. But they also super happy to have survived the hell of Rudolstadt. 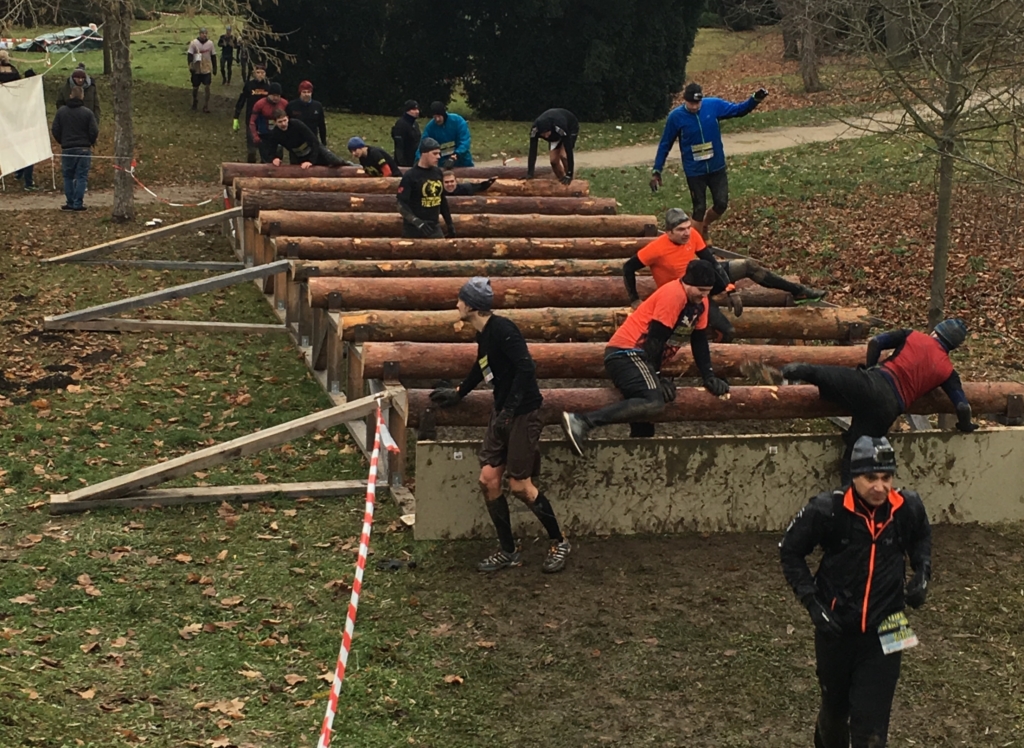 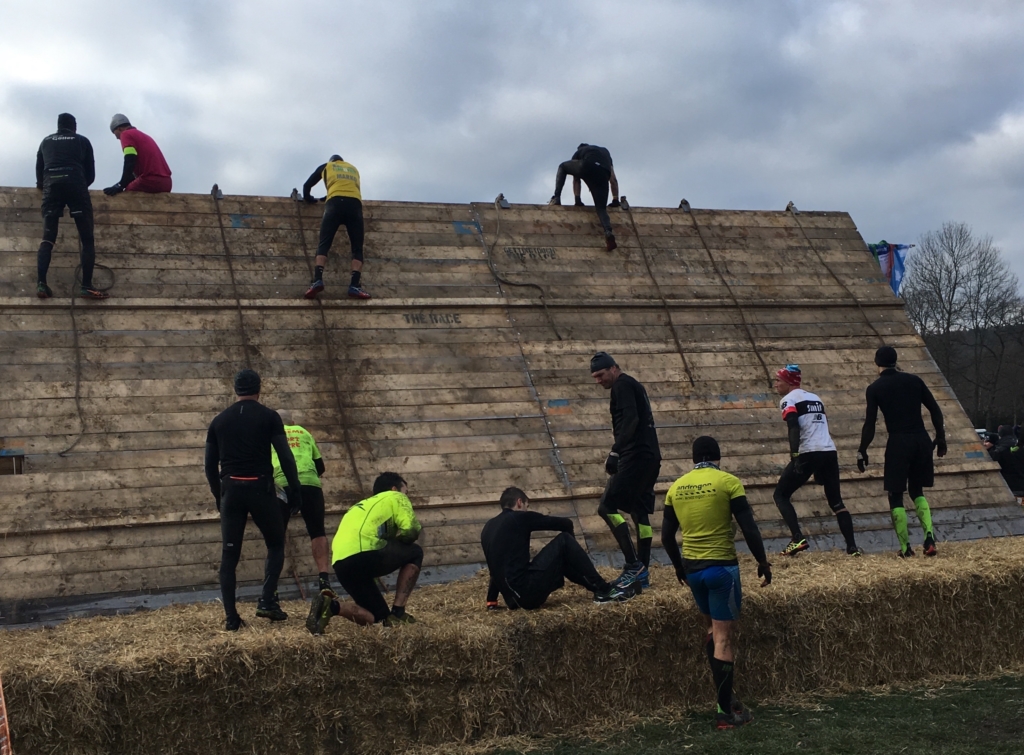 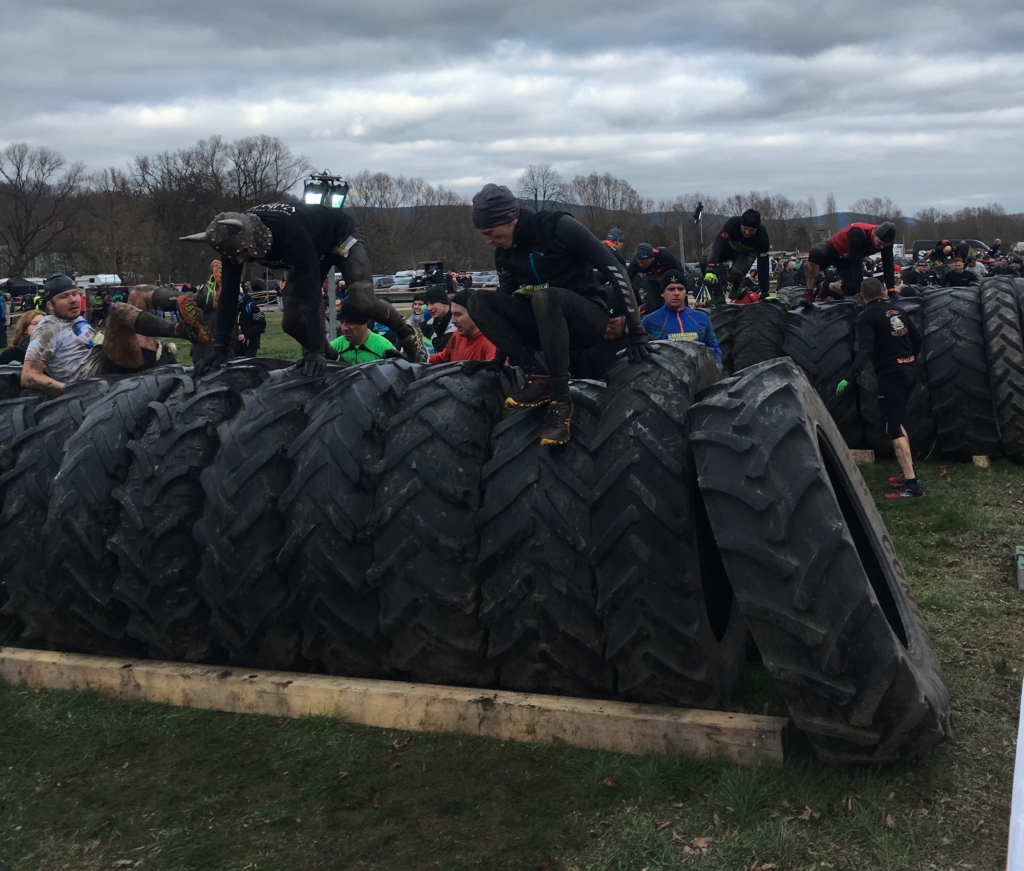 As predicted two former champions won the race. Hagen Brosius won the male category and defended his title for the third time. With an amazing sub 2 hour finish he also won the bet against race directo4 Michael Kalinowski. Local Rudolstadt badass Susanne Kraus took home the win for the ladies.

As you would expect it in Germany, the organization was smooth and flawless. I got injured before the race, and transferring my ticket to a friend was easy and fast, as was registration and bib pick up for my friends.

They had great facilities for racers like a heated main tent, a heated changing, and bag drop tent, and hot showers. But also spectators felt very welcome with three viewing platforms, music at the start, swimming pool and finish area. In case you got hungry there were lots of stalls with delicious food and drinks.

Even though it is a big race, the ambiance is very friendly and there is a great community spirit. It feels like the whole town is either racing, volunteering or spectating that day. Also, you could see that the organizers themselves love this event. They wait for every athlete at the finish line to receive cold hugs and hand out medals. And there were a lot of medals: the regular finisher medal and the legendary Black Pearl for the top 100 athletes.

But the best bit about Getting Tough The Race is that you see all the other crazy OCR folks. It feels a bit like summer camp, just in December. And the best place to meet old friends and make new ones is of course…

Getting Tough The Race felt like a near death experience for most of the athletes. But they also felt completely reborn after a hot shower and were ready to tackle the legendary after party in the festival tent. If you still had energy left after the race you could participate in the push-up contest and win a brand new flat screen TV. To the surprise of nearly everybody, a girl called Heidi beat all the strong guys with 300 consecutive push-ups and took home the main prize. Cudos to her. (everybody else will probably train to reach more next year)

After that everyone gave their best to shake it out on the dance floor. It looks like the cold had a revigorating effect, although the German beer might have contributed to that. 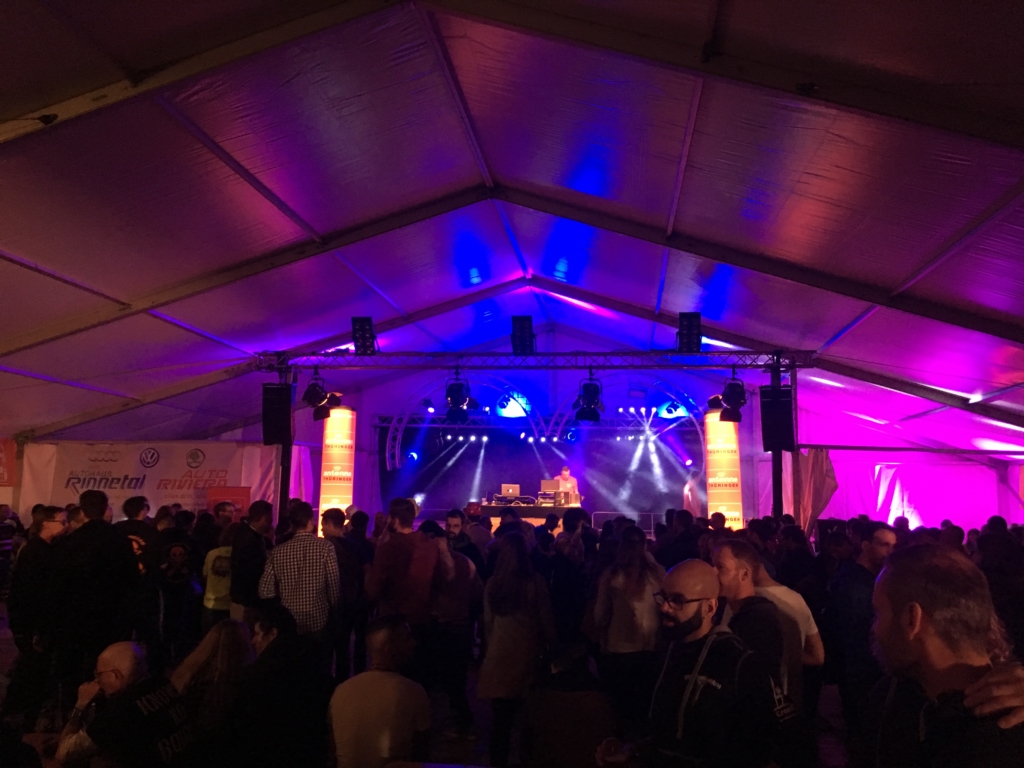 Getting Tough The Race Afterparty 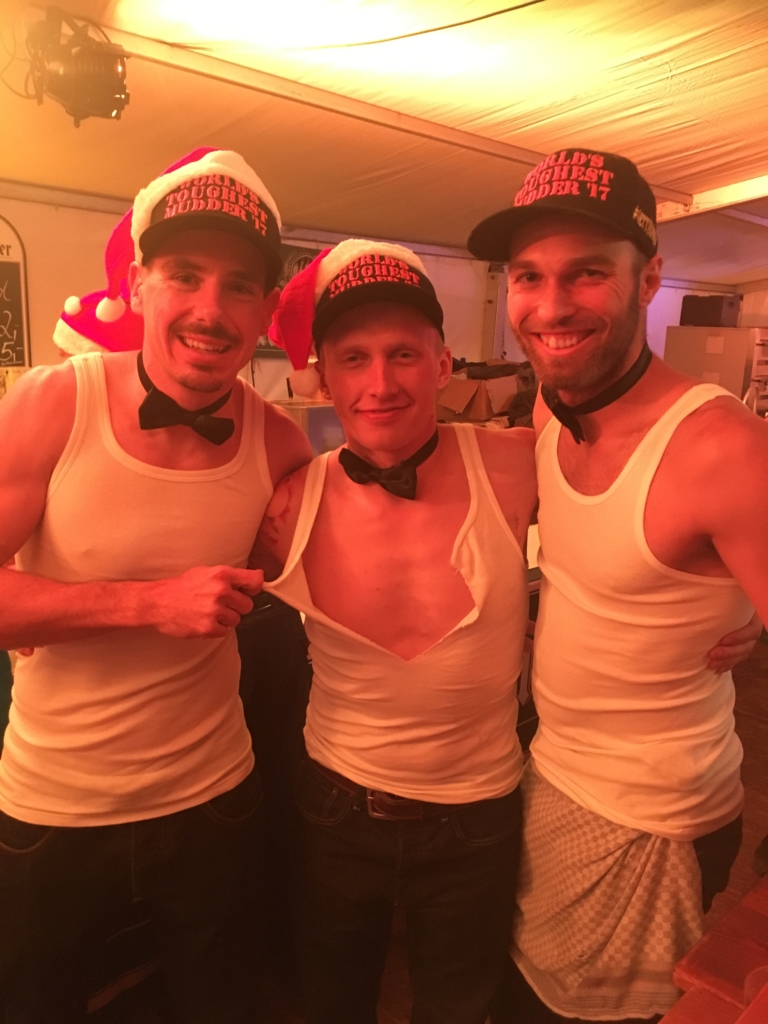 Getting Tough Core Team working hard behind the bar

Have you done an Getting Tough Race?

Leave your own Getting Tough Race review and feedback...