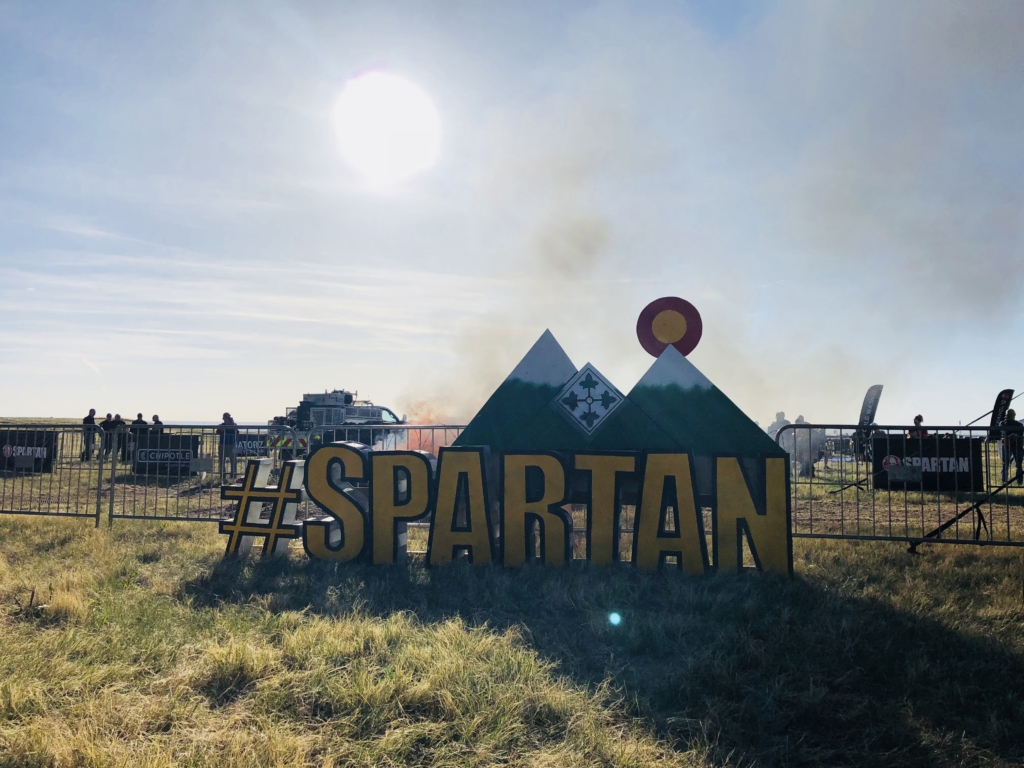 The Spartan Race Honor Series presented by USAA made its most recent stop at Fort Carson in Colorado Springs Colorado. The base was abuzz all week in preparation for the estimated 10,000 Spartans set to hit the course over the weekend. There was some stiff competition elsewhere in the country as Spartan also had a Beast and Sprint scheduled in Montana the same weekend. It was such a tough choice that Robert Killian could not decide and won both the Elite Men’s Heats at the Beast in Montana and the Sprint in Colorado. Military appreciation was front and center on the base this weekend and Spartan put together two very tough courses on each day.

The course at Fort Carson is nestled into a large bowl like valley that is covered in densely packed sand and cacti. Between battling the sun, elevation, and actual obstacles, Spartan ensured the hardest aspect were the natural hills created by the valley. For those who raced Saturday you went up and down hills no less than 8 times and then that got cut in half on Sunday with 4 times. Despite Montana having the Mountain Series designation, Fort Carson nearly doubles the elevation at just over 6,000ft. This played a major factor in the race Saturday as many racers tracked well over 1,000ft in total elevation gained throughout the course. 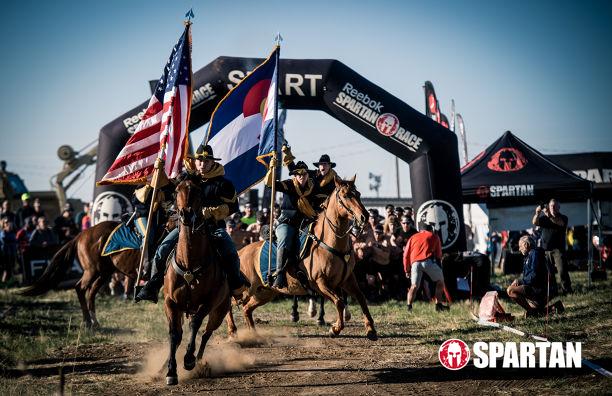 Saturday was a beautiful 75 and sunny day in southern Colorado and gave racers near perfect conditions for a run. However, this also bred perfect conditions for rattlesnakes as Spartan reported at least 8 sightings on Saturday where someone had to come out and remove the snake. Racers were lead off each heat by a charging Calvary as the descended down into the bowl for the first mile of flat terrain and 4 obstacles. Racers completed a series of walls, hurdles, 50-yard barbed wire crawl, and the large A-frame cargo net.

Missing from the start was the usual over, under, and through that has become a staple at many Spartan Races. To complete the first mile, racers climbed their first major hill back up and out of the bowl. Here they completed Stairway to Sparta and the monkey bars which were later cut from day 2 of the course. The other major differences from Saturday to Sunday were the Z walls and the inverted wall bars. The course Sunday did not have many extra obstacles but did have several extra miles of running and hills to climb. Notably missing from the course was the Ruck obstacle from the year before. 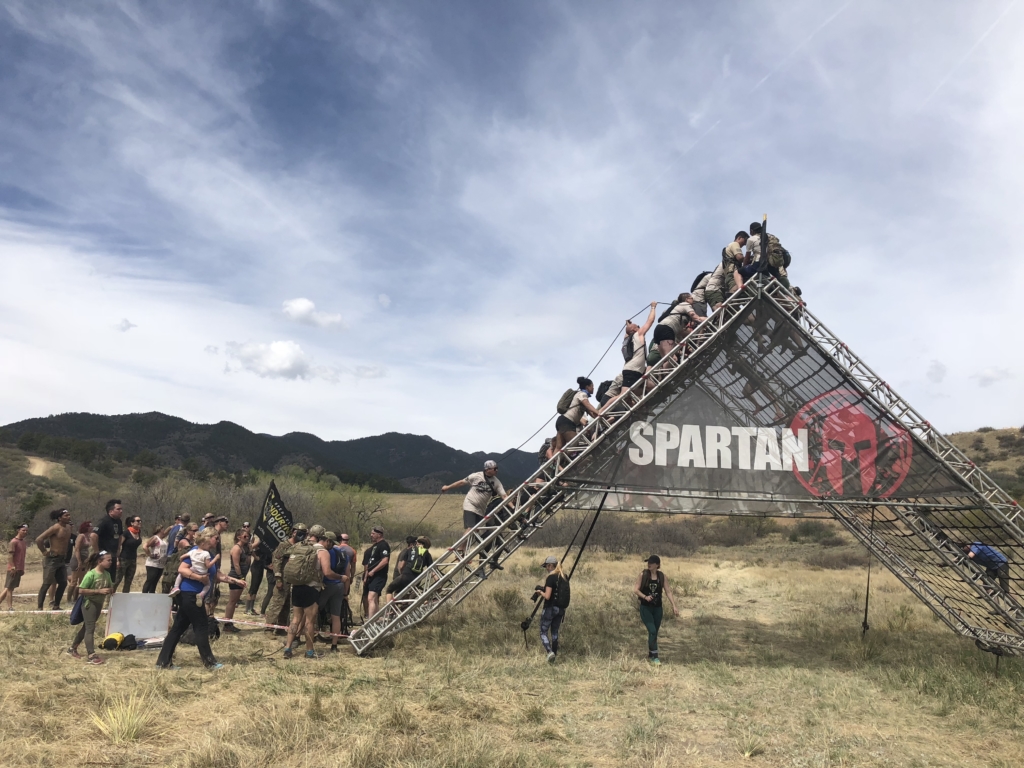 Sunday seemed like a cake walk compared to Saturday after the cut the course length down to 4.5 miles rather than the 9 from the day before. Two entire sections and several times up and down the hills were cut from the course. The toughest part of the day was where Spartan brought racers up and out of the bowl for a series of obstacles near the festival area before sending you back down for another mile and 2 hills before the finish.

Racers completed Twister, Olympus, and the Yokohama Tire Flip within sightline of the Finish before you had to go back down for a sled pull, bucket carry, 8ft wall, spear throw, 2 more hills, inverted wall, and goliath before the fire jump. This was a massive number of obstacles all crammed into about a mile of the course and kept racers very busy. The high concentration of obstacles was due to the amount of space the military allowed Spartan to use on the base as well as the topography of the area. 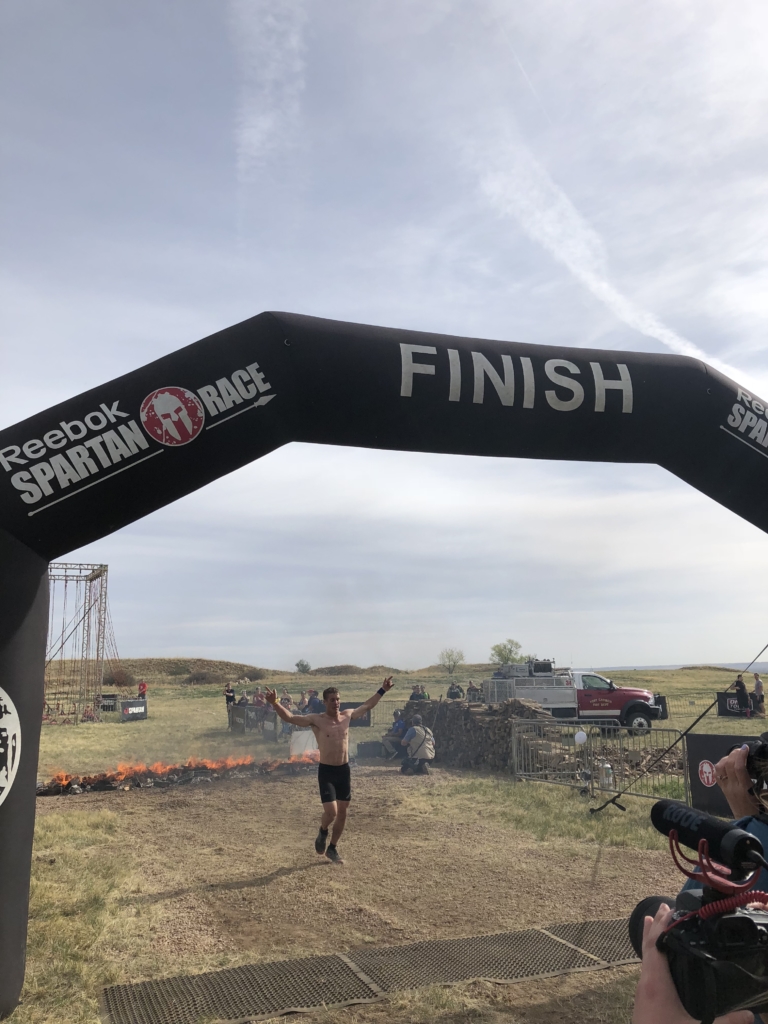 The festival area was lined with vendors with everything from Persil laundry detergent to Special Forces recruiting tents. The military parked several vehicles for racers to explore and take pictures with, and there was a dedicated tent directly after the finish line for racers to get a photo with the Spartan Trifecta backdrop. Racers were also greeted by a newly designed Honor Series Medal with a desert camo lanyard.

The medal this year ditched the spread wing design from last season but did not incorporate the American flag since the US National Series lanyards had already done so. Despite the strict regulations put in place by the military, Spartan attracted several vendors and gave racers a large area to spread out and unwind after the race.

Overall the race receives a 4.9 out of 5 stars this weekend. The only real negative coming in the form of some of the burpee zones and the barbed wire area not being cleared of cacti. Picking out cacti barbs multiple days later makes for a bad race experience, but overall Spartan knocked this race out of the park. 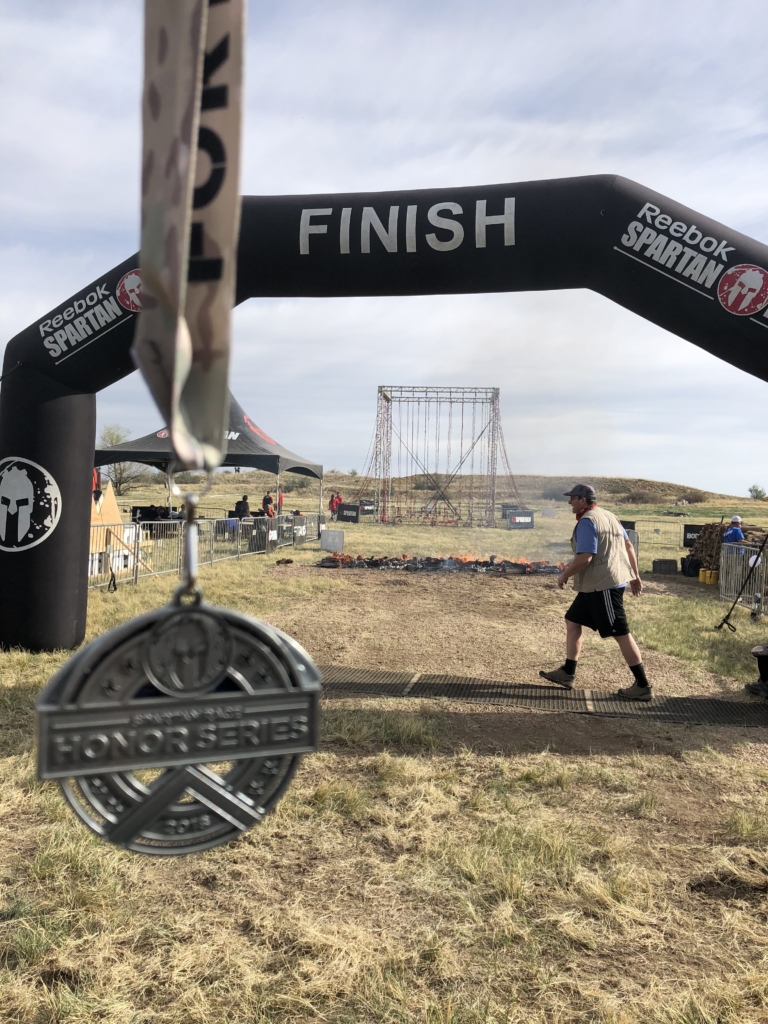