It's billed as the ‘Rumble at the Rose Bowl'. Every year for the past seven years, Dan ‘Nitro' Clark (of American Gladiator fame) brings his Gladiator Rock ‘N Run to Rose Bowl in Pasadena, California, and I've had the pleasure of participating for the last three. Always a fun event, Dan strives to make sure the participants always have a good time, and there's a fun, family atmosphere at the venue. This year was no exception. 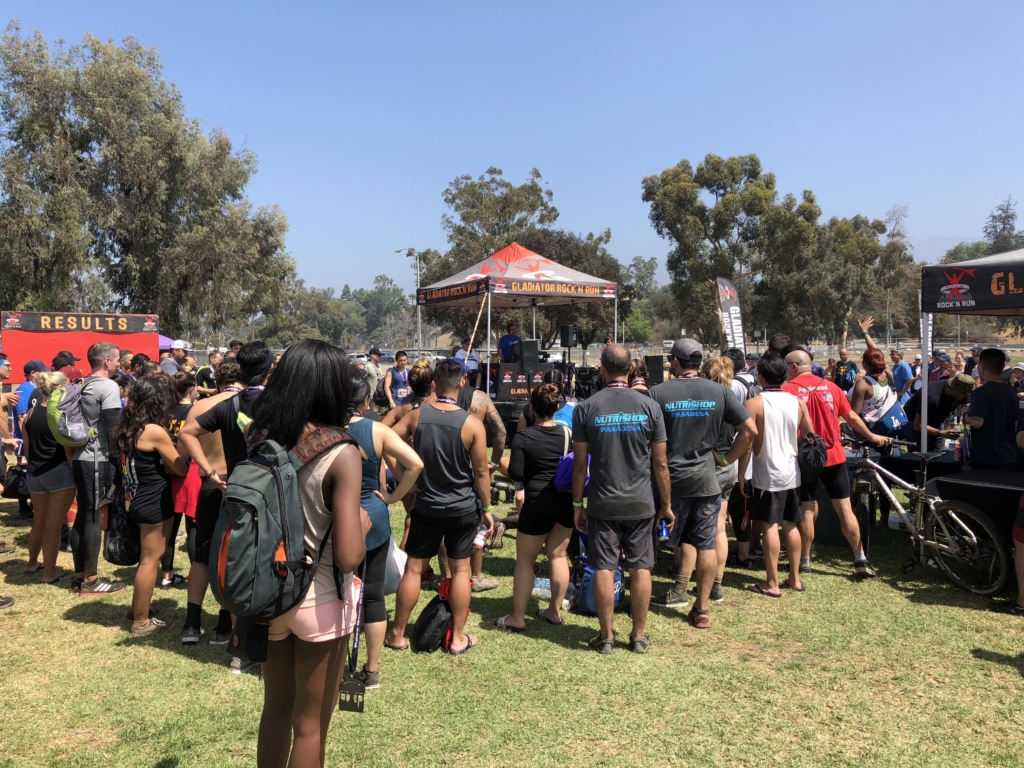 Upon arrival, the bib pick-up line seemed to move fairly well, and the volunteers were helpful. Bag check was a breeze, though by 7:15, or so, the line was definitely getting long, and some were worried they might not make their start time. The race offers both 10K (Super Gladiator) and 5K versions. The 10K has only two wave times (7:30 and 8:00 AM), and is generally a more competitive field, though there are always plenty of racers who want to challenge themselves distance-wise but are not concerned with time. I ran both the 10K and 5K and will touch on both. 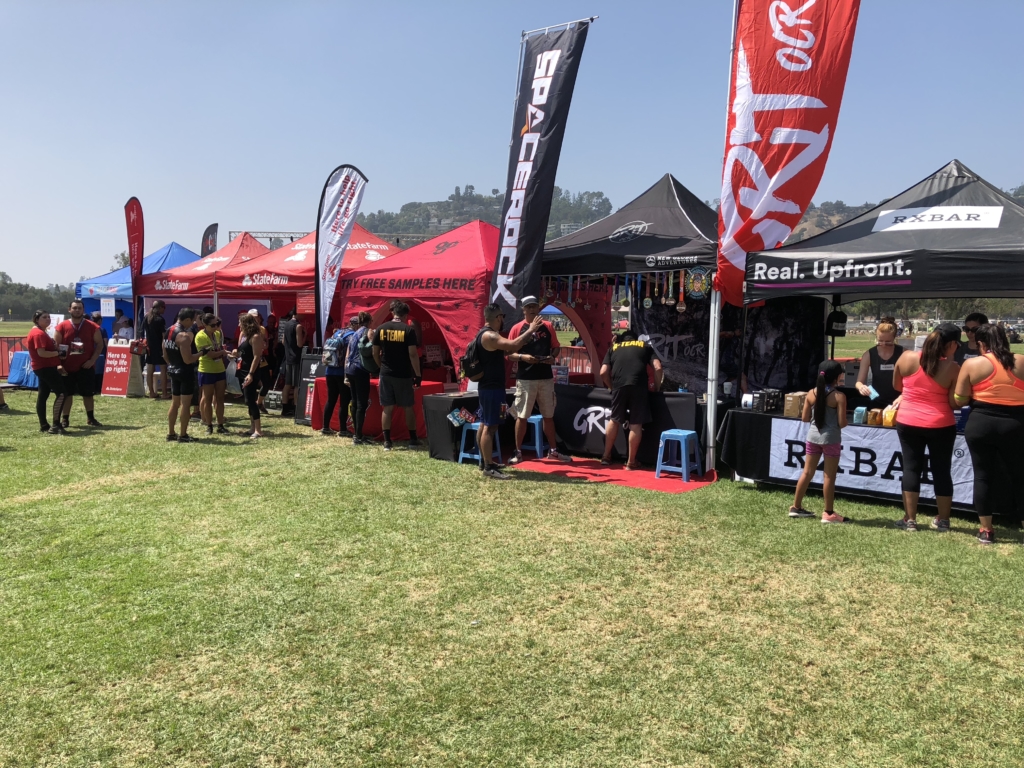 I ran in the 7:30 10K heat, so was one of the first to hit the course, for better or worse. Right at the start was the always fun run through the Rose Bowl itself, up and down the stairs, and ending with 20 box jumps on the benches, before leaving the stadium and heading through the parking lot. The Polar Plunge was next, but the volunteers hadn't yet put the ice in it, so it was more like just a refreshing dip. Over two smaller A-frame cargo nets, and we were headed out of the parking lot, onto the road.

After a moment of confusion (the leaders had started the monkey bars, before being told to save them for the way back), we headed onto the road for roughly a two-mile run, interrupted only by the battle jump ropes, crab crawls, two 6-foot walls, and a few tires we had to navigate through. We got a short break after the run when we had to do a 3-minute plank before heading up the hill towards the dam. At the top of the hill, it was a short (and fairly light) cinder-block carry and cargo net crawl, before heading back down.

We continued on the dirt trail for roughly a mile, before getting to the main road, and the remaining few obstacles, including the mud crawl, the over/under walls, and, of course, the cinder block burpees. There was some confusion as to whether the men had to hold one or two blocks, but with no volunteers stationed at that obstacle, most got away with just one. There was another moment of confusion at a road that crossed the trail towards the end. 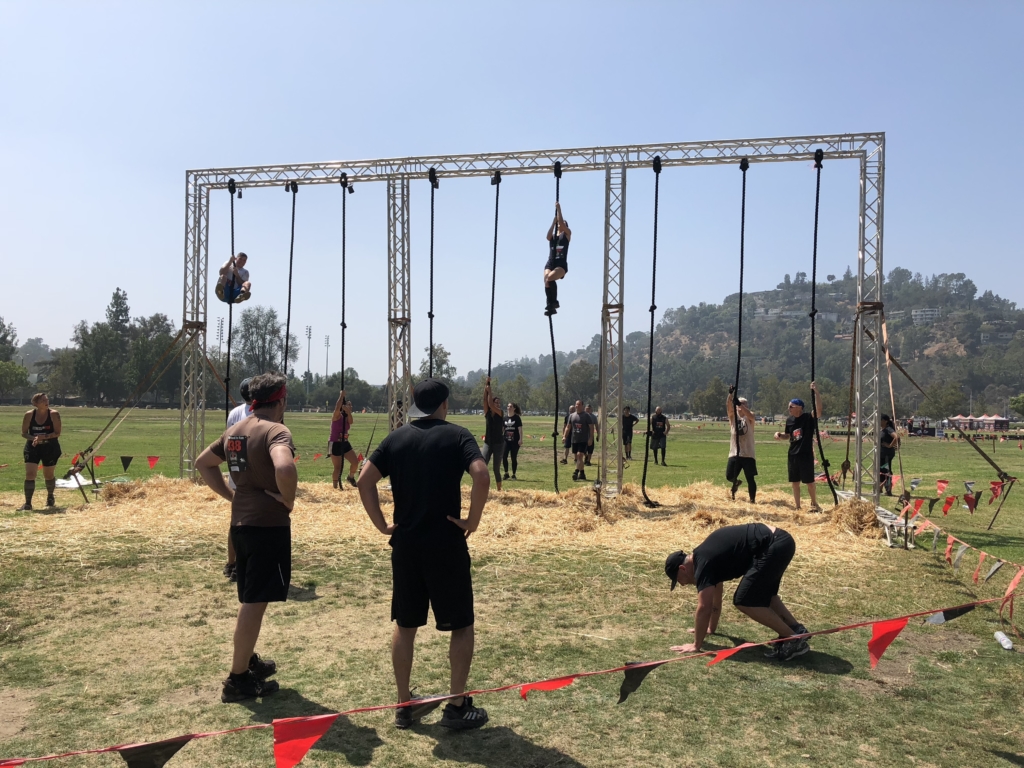 At first, there was a volunteer stationed there, explaining that we needed to run UP the road, around an orange cone, and back down before heading back onto the trail. But by the time I got back down the road, the volunteer was gone, and people were already (albeit inadvertently) cutting straight across the road to the trail.

The final stretch led to the monkey bars, then back through the parking lot, towards the festival area and finish line. There was a quick 2-minute wall squat before trying to get over what resembled a giant inflatable pillow. As there was nothing to hold on to, most runners, including those competing for a podium spot, needed a boost getting over the top (a cargo net thrown over the top and anchored to the ground would solve that problem). 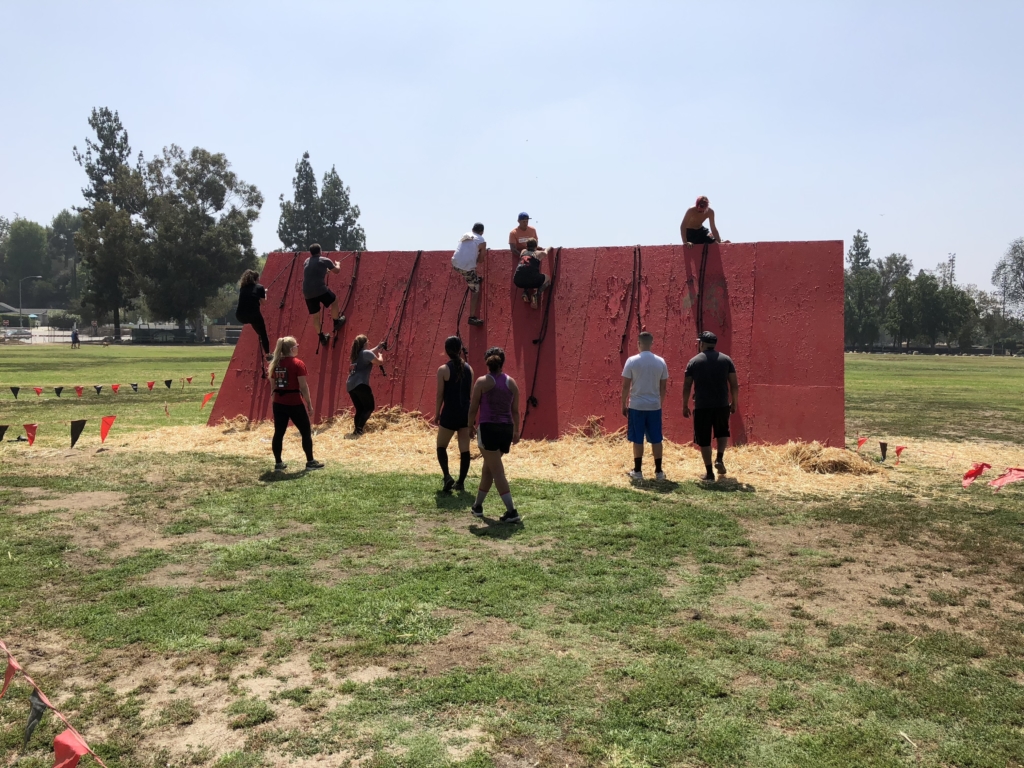 The final 100 yards include a jerry can carry, rope climb (surprisingly NOT muddy and wet this year), and the almost impossible-to-get-over slip wall, which is traditionally covered in dish soap. If a runner failed only ONE obstacle in the entire race, it was probably this one. Luckily, the penalty for failing an obstacle at a Gladiator is only ten burpees. Done. 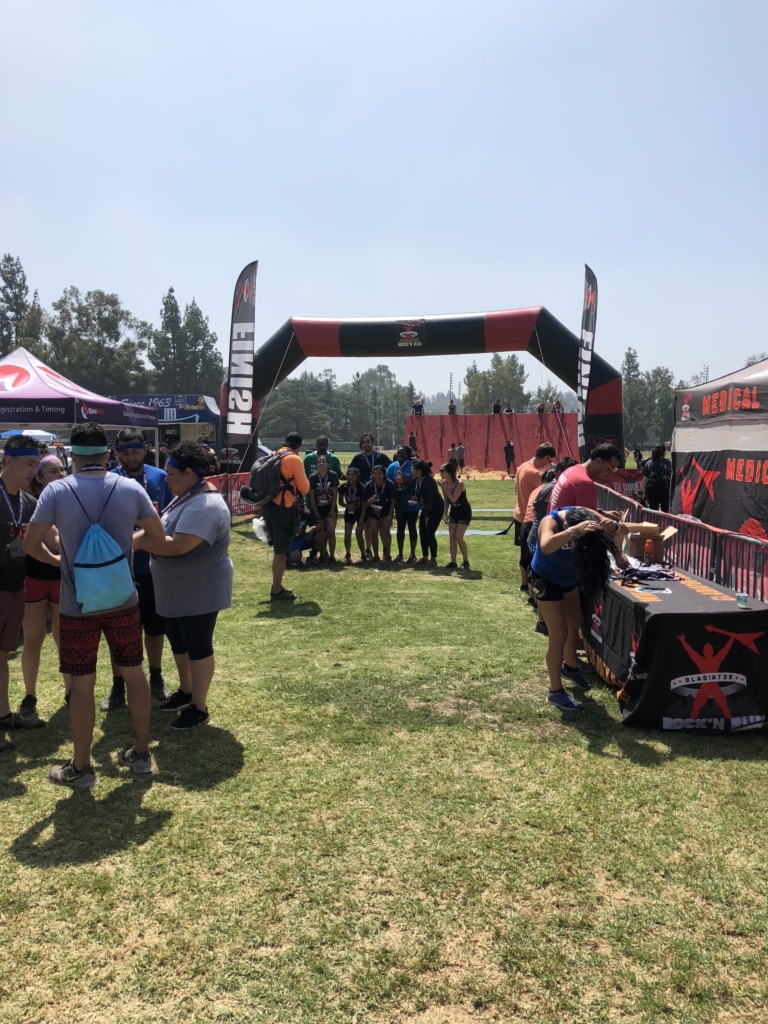 Back on the Course for Round 2

After a short break to refuel, I was back on the course for the 5K, this time with a group, and at a slightly slower pace. From the start, the feel of the race was very different. Gone was the competitive atmosphere, all the obstacles and water stations were fully staffed by volunteers, and the course was clear, as everyone was headed in the same direction. After exiting the parking lot, the initial run was only about a mile before we turned around, which meant we were spared the tires, plank, cinder block carry, and cargo net crawl. All other obstacles were part of the 5K course, though the line at the 6-foot walls was so long, that many just did their ten burpees instead, or skipped it entirely. 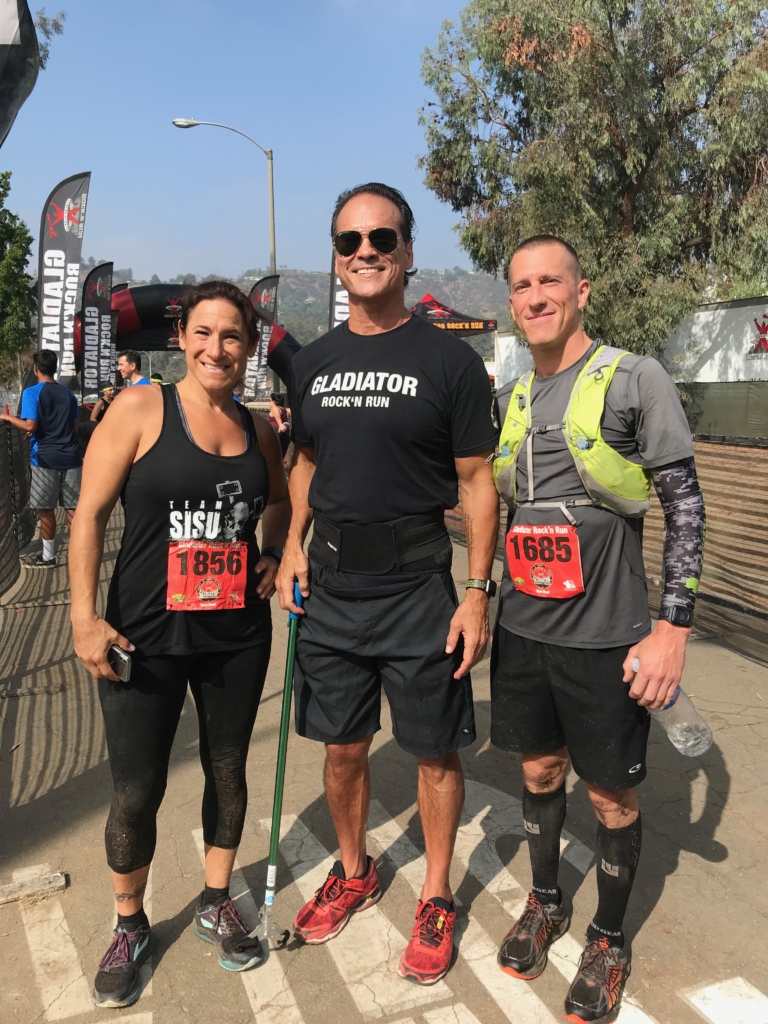 My experience, including this one, has been that the Gladiator is always a good time, but, in closing, I will say this: I think this race is geared more towards those who just want to come out and have some fun. The lack of volunteers at obstacles in the early, competitive heats, along with the absence of clear course markings, frustrated some of the more serious racers. At the end of the day, those with the biggest (and muddiest) smiles seemed to be the ones who weren't concerned with how fast they finished or how they ranked, but with how many of their friends they saw on the course, and how many laughs they had over their finisher beers.

Have you done an Gladiator Rock n Run?

Leave your own Gladiator Rock n Run review and feedback...