Colorado is known for its 300 plus days of sunshine a year but also for weather that can change very quickly. The Breckenridge Beast started like any other mountain morning with a cool breeze and fresh air. The race director let us all know they were tracking a storm that could roll in around 9:30 and what the procedures would be if there was lightning within 6 miles of the course. No one expected that it would rain for almost 2 hours and the temperatures near the peak would drop below 40 degrees. The course itself may not have been the most difficult in recent memory of Breckenridge, but the conditions were the most brutal the mountain has seen in the past few years. 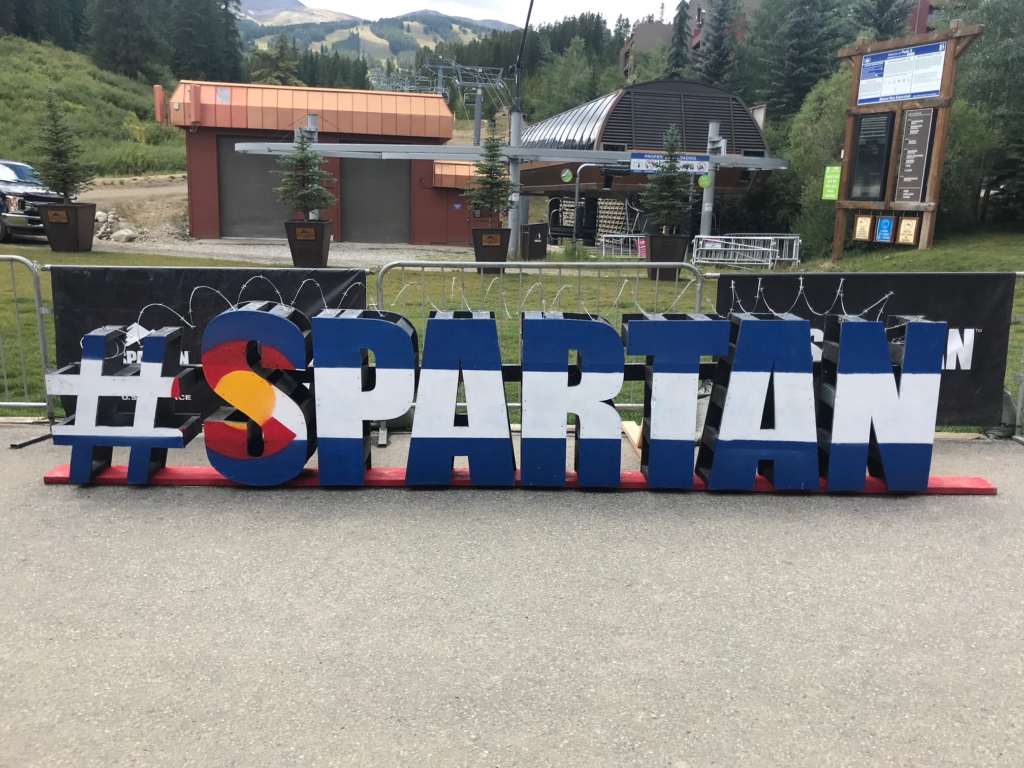 The course itself was almost a respite compared to the conditions. They were kind enough to put Twister very early on the course before your upper body was too worn out to hold on. There were also several long stretches of beautiful trail running that wither had a gradual incline through switchbacks or was downhill. However, there was more than one sandbag carry on this course, the first of which was the longest this writer has ever done at any event.

Spartan packed smaller and lighter sandbags and made runners carry them up a hill, around a corner, and up another stretch taking you to the highest point of the course. The second sandbag was the traditional style bag and you could see the turnaround point in the distance without any sort of false summit. The rain did seep into the bags and made them feel a little heavier than usual. The bucket carry was your standard pre-filled bucket this weekend but there was a lot of talk about not pre-filling in the future due to the excessive amount of time it takes away from prep days.

The obstacles were spread well throughout the course but did come with a gauntlet of upper body at the end. With the rope climb, spear throw, herc hoist, Olympus, and multi-rig all within the last mile+ of the course, there were a lot of burpees happening at the end. 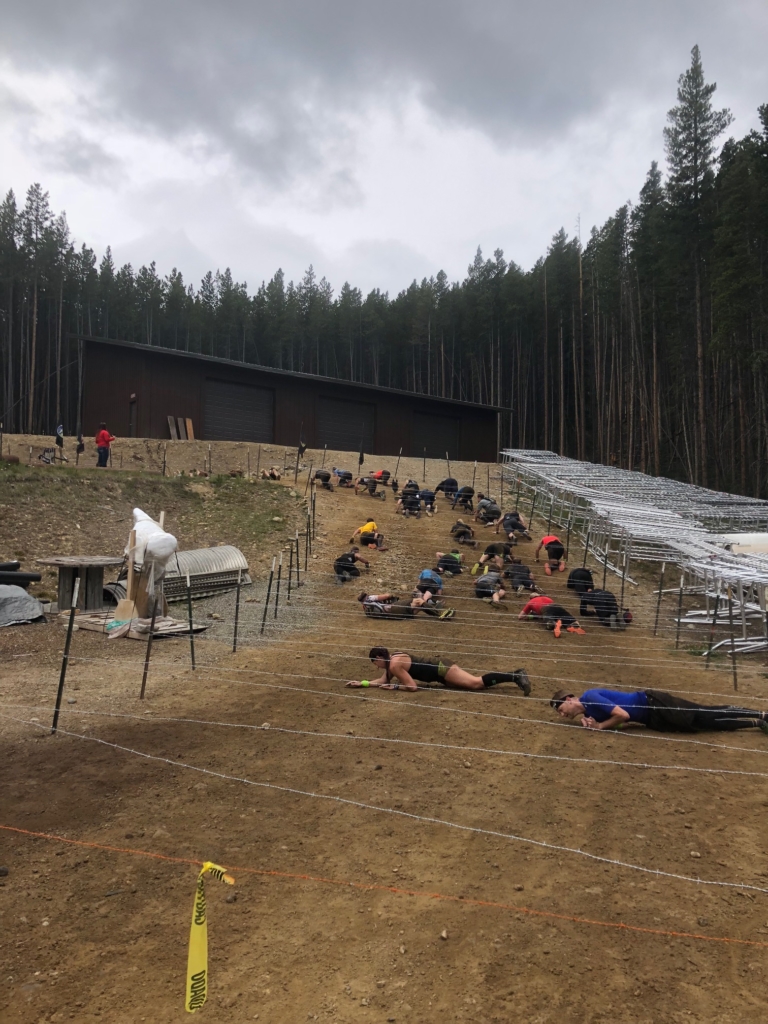 The biggest obstacle of the morning was the cold and rain. The rain and ensuing mud was not expected by racers this weekend as the Breckenridge area has suffered a long and dry summer and has even been under a fire ban almost all summer. The fire ban also resulted in no fire jump at the end and some very disappointed runners.

The rain and mud made obstacles like Bender, Rope Climb, Monkey Bars, Twister, and really anything where you needed extra grip very difficult. The sun did end up coming back out around 12:00 and it was mostly age group runners who were affected the most. It got to the point near the summit that runners were pulled from the course due to the risk of hypothermia. It is near impossible to plan for mother nature in Colorado and it really showed this weekend. 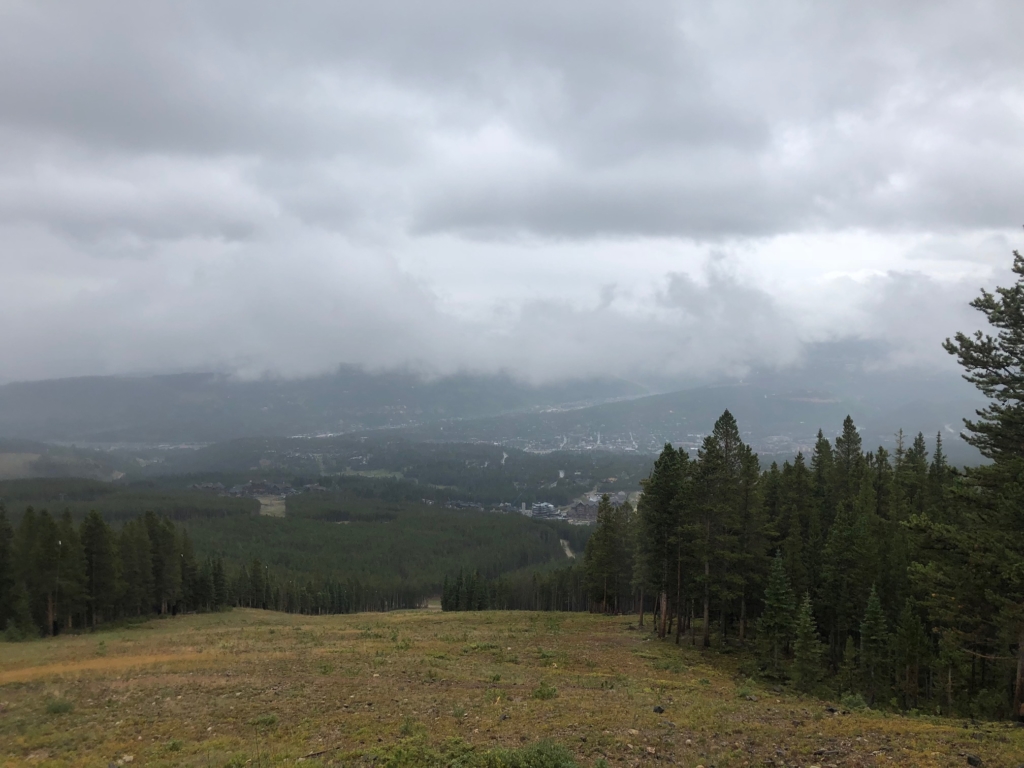 The Festival Area was packed with vendors this year but was also spread out along the ski area of Breckenridge. The start and finish lines were separated by a quarter mile and a large hill and most of the vendors stayed as close to the main buildings and power sources as they could.

The weather conditions also slowed down all their computer systems and the results tent was backed up with racers trying to claim their Trifectas or even just their results from the day.

The merchandise was near empty by the middle of the first day and racers were directed to online sales for the countless items they had already run out of. The Beer Tent was a ghost town around 1:00 as it was tucked away from the main stage and was serving Bud Light to the dismay of many craft beer drinkers in Colorado. 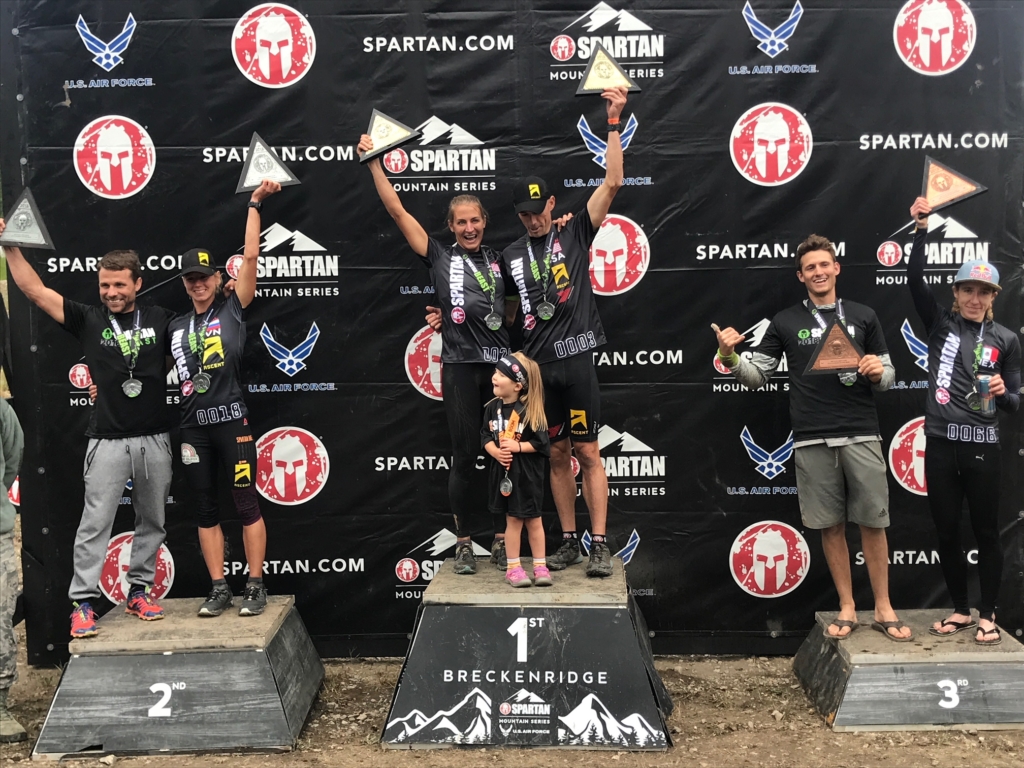 One thing Spartan was very proactive in planning for was the normally dry conditions of the area this time of year. They stocked the course with more water stations than this writer has ever seen on a course. Of course, it was cold and rainy, and many racers simply bypassed the water stations until they reached the back half of the course where it had begun to dry out.

The rain did put a damper on their volunteer force, but most obstacles had at least one person manning them or at least a volunteer standing between two tightly packed obstacles. There were not enough course marshals to go around and it was interesting to see where Spartan picked to staff the ones they had. Twister is an obstacle with a very high failure rate and there was no marshal enforcing penalties at the time this writer made it through. There were still several age group runners competing at the time and it was interesting to see no one there to take bib numbers except for regular volunteers. The Breckenridge Beast ran in unison with the Ultra and everyone was able to co-exist on the course. Ultra-runners braved the weather for 30+ miles and even lapped some competitive age group runners. Robert Killian clinched the Mountain Series Crown with his impressive victory in the Elite heat, and every runner who finished the course left with a Mountain Series Medal. This race wrapped up a full Trifecta worth of races in Colorado and many racers posed with their first Trifectas all over the festival area. Weather is something that Spartan can do their best to prepare for, but in this case, it was not their fault at all. Racers did not layer their clothing and just did not assume it would rain and be so cold. This race scores a solid 4.2 out of 5 due to its beautiful scenery and overall difficulty. It is normally the elevation that gets to most runners in Colorado, but this weekend it was the cold and rain that really pushed everyone to their limits.