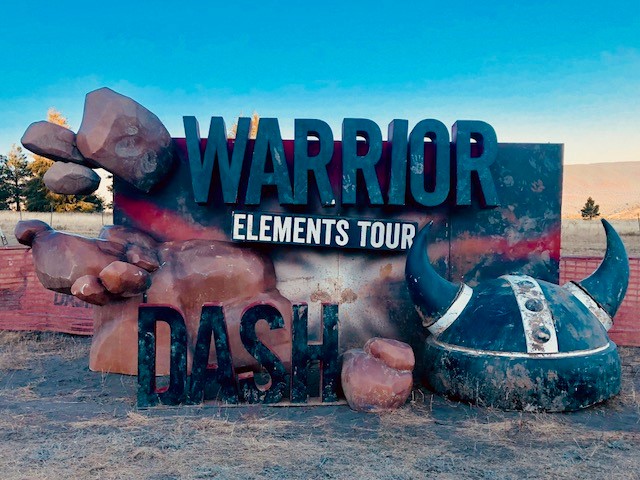 The weather has been unseasonably warm in Colorado during the month of September and that set things up for a beautiful day for Warrior Dash. Even the competitive wave that set off at 8 am was greeted by temperatures in the mid-70s and anyone who ran between 12-2 had to deal with temperatures reaching almost 90. This made all the water obstacles and the mud pit at the end feel so much better. The atmosphere throughout the day was fun and loose and it felt more like a party than a race.

The OCR community really shined that day as racers were helping one another through obstacles, finishing together in groups, and staying afterward to enjoy a beer and dance to the music in the festival area. This was a race that was all about having fun and really showcased their 4 elements theme that they adopted this year. 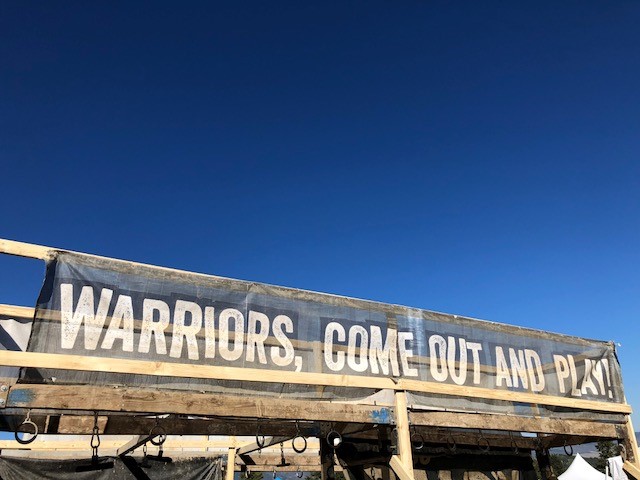 The course itself was a trail runners dream. After making it through the initial open field you were greeted by dense forest and enough hills to really thin the pack of runners. This is a race that many people come to just for fun and without much training and there were a lot of people who paid for it on those first few hills. The trail was not beaten down early in the day, but the first wave of runners helped clear a path for everyone else. The entire first mile was through the woods and up and down hills. The obstacles seemed evenly distributed and gave a brief respite from running. The top finishing time from the competitive heat was just over 25 minutes and shows just how much of a running course this really was. 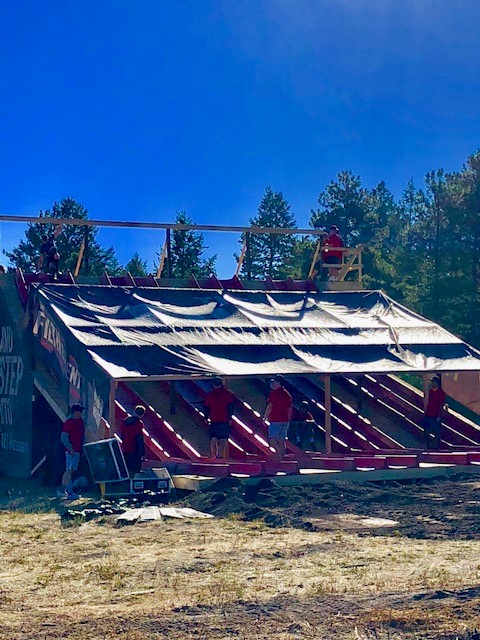 The obstacles mirrored last year with the exception of a few. All of the traditional walls crawls, and mud puts were there and there were only a few changes. The multi-rig that was under a constant spray of water last year was replaced by a leaning wall with rock climbing style handholds. Racers did not have to traverse the wall in the air but rather had a balance beam underneath that they could walk along.

The cargo net tunnel from last year was replaced by another water covered obstacle where racers traversed a balance beam, scaled a short slip wall, and then descended the back side before crossing another balance beam. Hoses kept the racers wet throughout the back half of the course and really added the water to the elements aspect of the race. The most fun obstacle was the slide and mud pit at the end of the race. There was no water early in the race before all of the barber wire and underground crawls, so racers did not get very muddy until the very end.

The mud was much thicker and deeper than most people thought, and you almost had to swim/crawl across the top to make it to the end. There was no way to avoid getting wet and muddy unless you completely bypassed the obstacle. The only real difficult obstacle was the suspended pallets obstacle where racers had to navigate across a deep-water pit by jumping from plastic pallet to plastic pallet. The race director made it a point to change the height of the pallets this year and even adjusted the height of the straps connecting the four corners.

The pallets swung very freely, and it was almost impossible to navigate the obstacle without stopping. I nearly fell towards the end and had to catch myself on the ropes. It would have been a very painful fall between the pallets and down into the water. 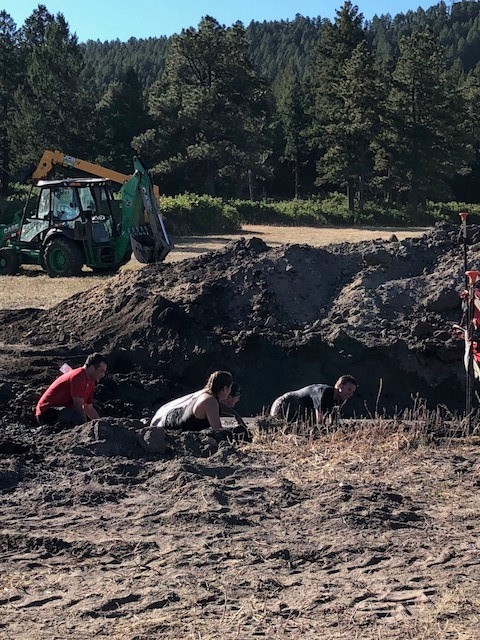 After giving out wooden block medals last year, the race redeemed itself with a traditional style medal and a more clearly defined shirt. The shirt last year was made of the poly blend fabric, but the shirt was dark and so was the logo, so it was almost impossible to see. After picking up a new sponsor in Grunt Style LLC they were able to put out a much better shirt. IT was interesting to see that even the volunteer shirts were made by Grunt Style. The beer at the end was from Dogfish Head and a welcomed change from the generic beer given out by Spartan and some other races this year. The festival and SWAG given by the race was much better this year than it was a year ago and is something that will bring me back next year. 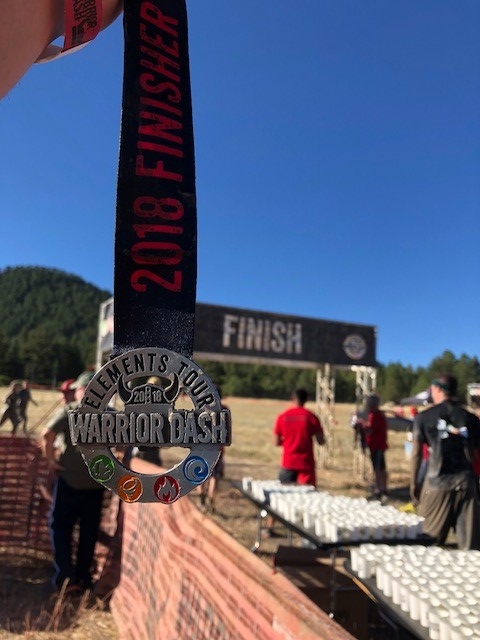 Overall, I would give this race a 4 out of 5 as it did some very good things, but also was lacking in a few areas. Some of the biggest highlights include the new 4 elements theme they went with, the redesigned shirts and medals, the overall fun atmosphere of the festival area, and the free parking on site. The areas where they were lacking mostly had to do with the obstacles. Warrior Dash has always been a race with fewer obstacles than everyone else and that leads to a lot more running. When a race is designed to be fun and family friendly they could really use more obstacles or to cut the distance down.

The course could have also used at least one water obstacle early in the race rather than saving them all for the end. Every water obstacle fell within the last mile and it could have been more fun if things were better spread out. There also was no fire jump again this year but that has to do with the terribly dry conditions in Colorado and the raging wildfires all over the state. This is a race I will definitely be doing again next year and one that I would highly recommend for someone who wants to get into OCR with a fun race. 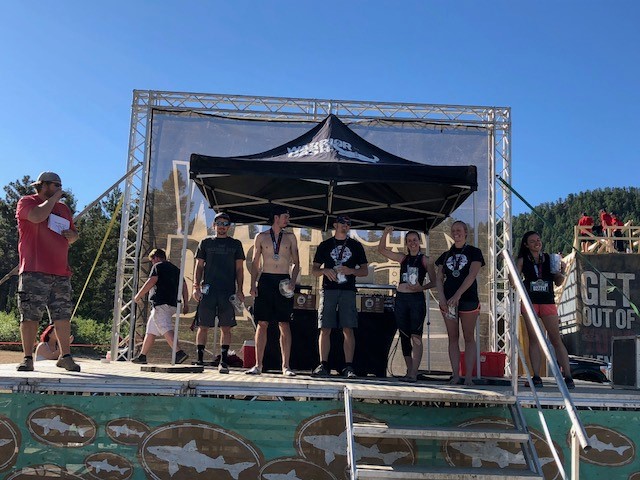