Spartan Race recently announced they are offering two different ways for elites and age groupers to qualify for the Spartan World Championship being held at North Lake Tahoe, California on September 29.

Spartan is holding more than a dozen regional and national race series around the globe in 2019, with series being held in such places as Italy, South America, and Southeast Asia. Each series hosts several races, and each series gets a certain number of qualifying spots for the World Championship. Rank high enough on the leaderboard at the end of a series, and you qualify for Tahoe. 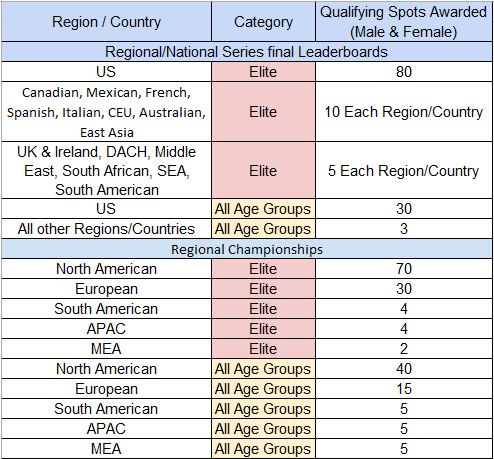 Athletes hoping to compete in any of these Regional Championships must first qualify a can qualify by finishing among the top 10 male or female elite or age group racers at any 2019 Spartan event. Each regional championship will offer qualifying spots for the World Championship. Do well enough at a regional championship, and you qualify for Tahoe.

Elites can also benefit from Spartan’s “rolldown” format. That means if someone who qualifies for the World Championship doesn’t sign up within seven days after an event, that qualifying spot is then made available to the next eligible racer.

About the Author: Dan Mathers

Dan Mathers is a freelance writer and an ACE-certified personal trainer. He started obstacle racing in 2010. Since then, he has participated in four World's Toughest Mudders, plus Warrior Dashes, Spartan Beasts, Ultra Beasts, ultramarathons, and many other events.