On March 16, 2019, I traveled to the Kentucky Speedway in Sparta, Kentucky to run my first ever Terrain Race. 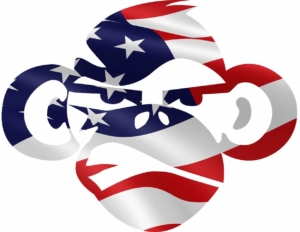 I’ll admit that prior to the event, I was leery of the Terrain Race series – my skepticism stemming from participant complaints that emerged during the 2018 season, some of which included: inconsistent timing results and photo availability, failure to pay podium winners, and concerns with obstacle safety. However, an interview addressing these concerns with Dustin Dorough on the Terrain Race Development Team in October 2018, left me optimistic. It was during this interview that Dorough acknowledged the past faults of Terrain Race and expressed their commitment to correct any mistakes and surpass expectations in 2019. So, with that said, and with a promotion for “free” registration, I signed up for the event.

*The “free” registration did come with a handful of fine print fees including a $15 insurance fee, $10-$20 parking fee per vehicle, $5 bag check, and a $5 onsite registration fee (packet pick up the day prior to the event was free of charge). Spectators were allowed free of charge.

Now that we have some background information, here is my take on the event.

I arrived on race day to clear, sunny skies, but a brutal chill from temperatures in the 30s and unforgiving winds. Having knowledge that Terrain Race had previously been a very water-loving series, often starting their events with participants in a large tub of water, I was nervous about the combination of water and cold temperatures. I was pleasantly surprised to find that water was not a factor that needed to be feared at this location, aside from a small creek crossing and a knee-deep water pit at the end of the course.

I toed the start line and from that moment, the event seemed to be a bit of a free for all with the starting corral being unmonitored, no timing system in place, and no elite podium awards being given. None the less, I excitedly forged forward. Once I made my way through the lack luster start line, I found the course to be very beginner level and unfortunately, just as disorganized as the start itself. The 5k course was relatively flat, included 20 obstacles, and two water stations, but was so poorly marked that in several areas I and many other racers wandered off course.

Despite the disorganized vibe on the course, my fellow racers appeared to be having a blast with their friends and families and most importantly, I never once felt unsafe on any of the obstacles at this event – regardless of warnings from 2018 participants. Obstacles ranged from balance beams, 4 and 6 foot walls, a rope climb, Tarzan rope swing, a multi-rig, a tire flip, monkey bars, and more. In general, the obstacles were not what an experienced racer would consider challenging aside from perhaps the multi-rig with pipe holds, baseball holds, nun chuck grips, and rings. For the beginner and fun-runner, though, they were adequate and appropriate.

An obstacle I especially liked for its innovation and challenge was the Tarzan Swing, which had four ropes for participants to swing across. This I thought was a very cool obstacle in theory, but could’ve allowed for greater success for the targeted beginner crowd by placing the ropes closer together. In that light, other obstacles I felt were in need of improvement were the sandbag carry and chained rock drag – both of which did not have enough chains or sandbags to go around and these portions of the course were unmarked as to where we were supposed to carry them, causing a lot of confusion.

Even with some wandering and confusion on the course, I crossed the finish line with muddy shoes and a smile on my face ready to claim a finisher medal and Terrain Race T-shirt. Finishers were greeted by a DJ in the festival area, and participants and spectators were able to enjoy the small festival area with access to the start and finish lines, a merchandise tent, bag check, a food vendor, and a Terrain Race backdrop for photos. 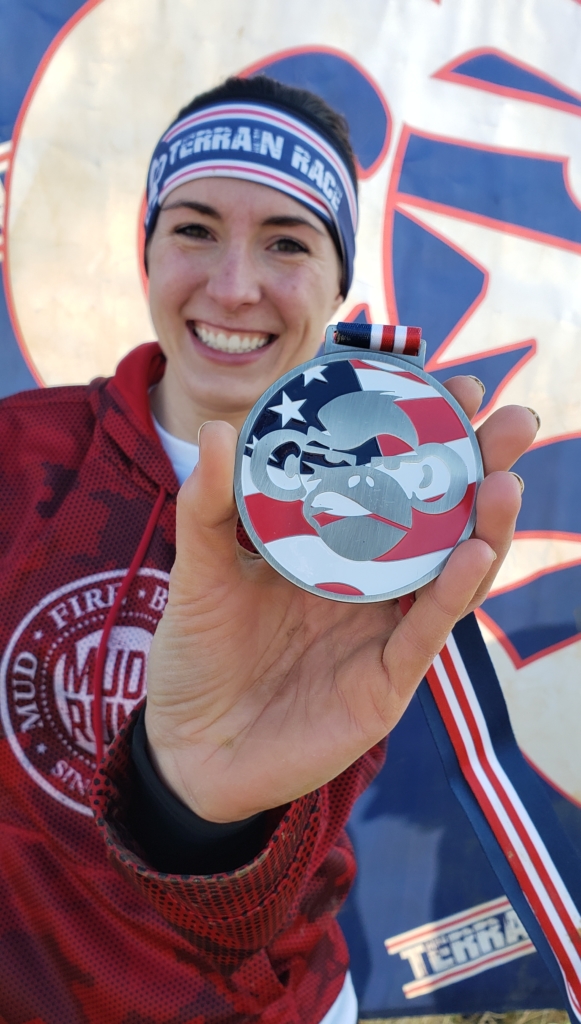 The million dollar question: Would I recommend Terrain Race?

To a seasoned racer looking for challenge and competition, no – this Terrain Race was underwhelming. To a first-time obstacle course runner looking for an affordable, fun, and casual introduction to the sport, sure thing.

At the end of the day, the event was “free” so any criticism comes from a place of encouraging brand growth, not complaint.  I would’ve spent more money on an afternoon at the movies and not have left with a fraction of the memories.

Overall, I’ll rate this event a 2/5 – with room to improve in organization and course markings but with points for atmosphere and affordability.

Until next time, Happy Racing!

My fellow mud-runners, did you run the Louisville Terrain Race? If so, I’d love to hear your thoughts on the event below!