Ninja Warrior from the Stands

Did you know that it takes almost 12 hours to film one episode of American Ninja Warrior?

I had the honor of being in the audience of the first indoor taping of American Ninja Warrior at the Tacoma Dome, which for me was a dream come true. I have been a fan of the show for as long as I can remember. But it was not what I expected.

Day 1 started with getting in line: Ninjas Lance Pekus and Karson Voiles made arrangments for me to be on their friends and family list, so I got to be in the head of the line. You are issued a wrist band and then the hurry-up-and-wait game begins.

While waiting in line, you have an opportunity to purchase American Ninja Warrior gear and, because we had been in an actual arena, we had a chance to purchase food and drink.

HINT: Bring water or a water bottle. In our case, we could purchase a bottle of water for $5.00 or an ANW bottle we could refill for $5.95 and you are going to want to have water.

Plan to wait a long time, as it takes a surprising amount of time for them to stage the audience. When it's your turn, crew from On Camera Audiences is ready to find you a seat or a place to stand. I spent the start of Day 1 in the stands. While this was happening, we got to watch the course testers to finish testing out the obstacles and officials briefing the contestants on the rules and regulations. It took almost two hours from when we had been let into the start of filming.

HINT: Don't take photos of the course or of contestants. They will let you take selfies in the stands. 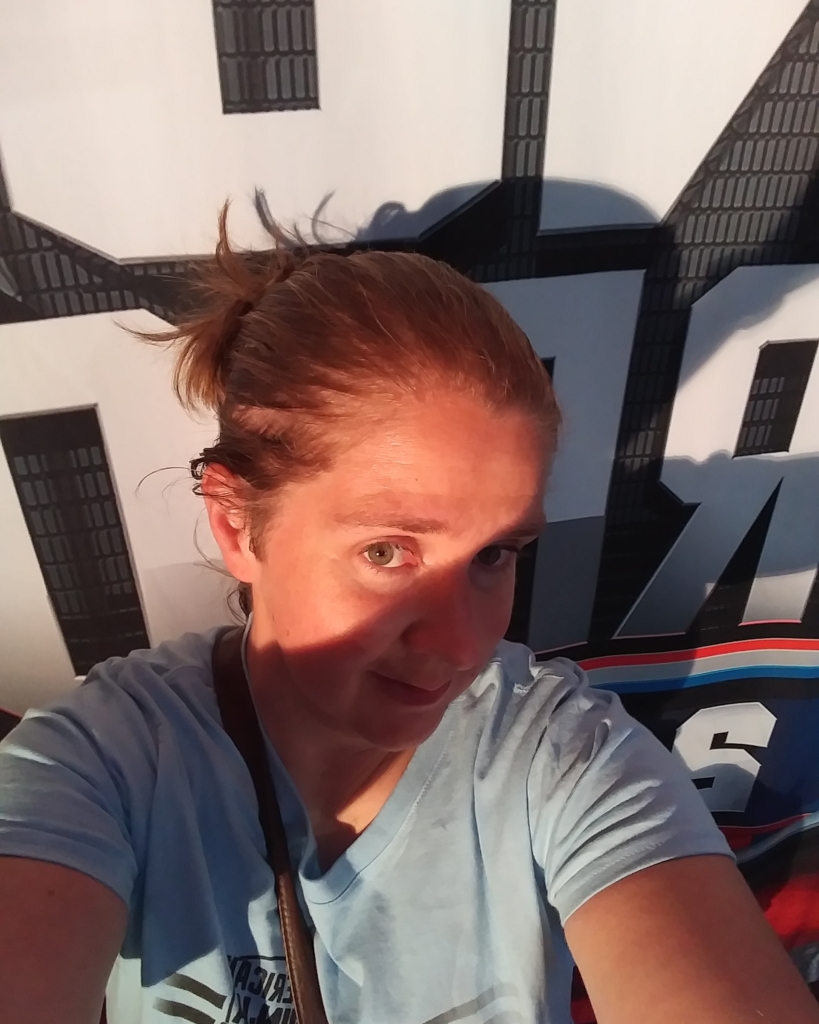 A selfie is the best photo you are going to get from American Ninja Warrior.

Before we got to watch the athletes, we spent some time pre-recording crowd reactions. A producer came out and we practiced cheers, loud applause, and our reaction when a Ninja fails.

Then hosts Matt Iserman and Akbar Gbajabiamila joined the set and high fived the fans who were standing on the sidelines, an option when seats are not available. After that, filming began! 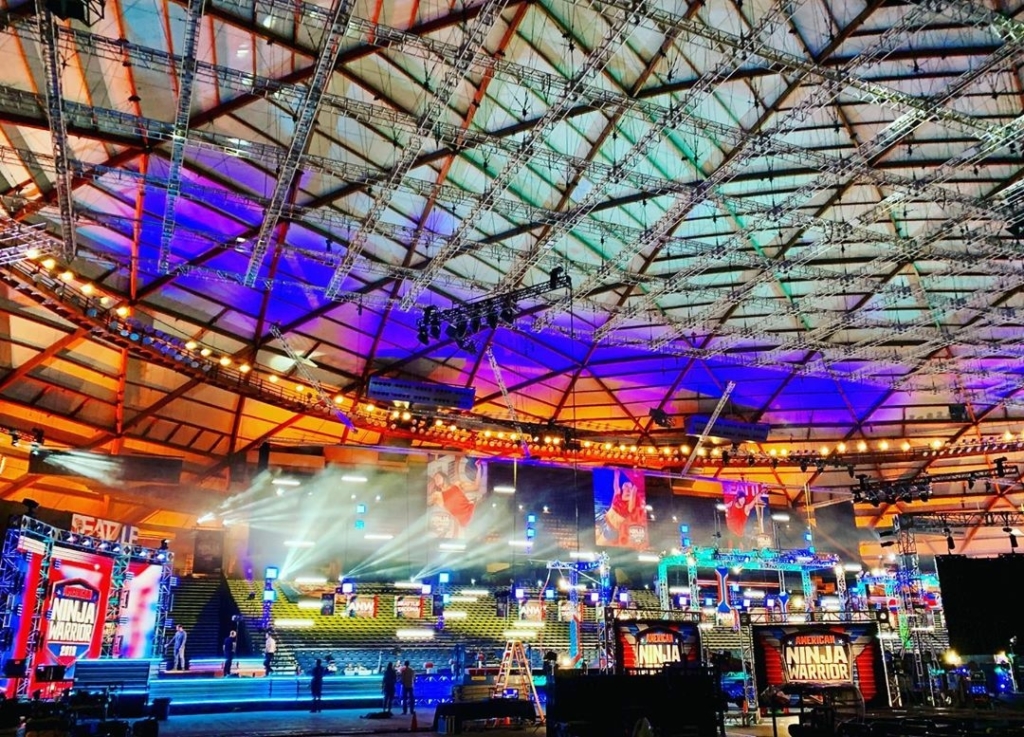 The filming is a constant cycle of hyping up the contestant, watching, hoping and crossing your fingers for a successful run. Cheering when they complete the course, feeling it when they fall. You watch families and other ninjas come course side and feel their anxiety. There is a sea of lights, people and cameras everywhere. You will have a lot of downtime. You will hear stories of people training for their first OCR, training for Ninja, overcoming the impossible. A lot of the course testers will be in the crowd and they will have insight as to how certain obstacles work.

You can not discuss specifics of what you see on the course until after the episode airs and you sign a legal document saying they can use the footage of you being in the stands as they see fit anywhere in the universe and you won't share any information.

You run the risk of losing your seat if you need to get up and go to the bathroom, I learned the hard way. I spent the second half at the edge of the fence line. You really do feel the energy being that close and you get so inspired watching the Ninjas support each other. I was sucked into the magic.

Also, if you are down on the fence, you get to be part of the background when they do interviews with the Ninjas after their run.

There is a lot of downtime between runs as they reset the obstacles and dry off any places where they splashed down. You spend a lot of time talking to the people around you, and you learn a lot.

We got the chance to meet Akbar Gbajabiamila and get his book autographed during the lunch half hour they took which was amazing. I've gotten to talk to him several times through work, so finally getting to introduce myself in person was so amazing.

My second day started the same way as the first. I started in the stands next to the city finals course. When an autistic child obviously needed to sit but there was no space, I gave up my space and went to the fence line. Our fence line was able to be part of several introductions of ninjas and a couple of other scenes that I can't talk about yet.

I think watching City Finals actually maybe more heart wrenching than watching qualifiers. Obstacles that the athletes breezed through during qualifiers can sneak up and bite them in the finals. People can get so close to making it and all the pieces fall apart. But you also see the athletes come together and raise each other up. The crowd gives their own support and makes the entire community feel like one special family.

If you ever get the opportunity to watch filming and you are a fan of the show it will be something that you will never forget. If you’ve seen the show and want to try it out for yourself, there are tons of local ninja warrior gyms where you can go and try out similar obstacles every day!

0shares
Disclaimer: The viewpoints expressed by the authors do not necessarily reflect the opinions, viewpoints and official policies of Mud Run Guide LLC, or their staff. The comments posted on this Website are solely the opinions of the posters.
By Bonnie Wilson|2019-06-13T14:55:41-04:00June 17th, 2019|Op-Ed|0 Comments