Getting Muddy in the Midwest: Spartan Ohio Beast 2019 Race Recap

On June 8th, 2019 Spartans gathered to take on the Spartan Beast (or Ultra) in Garrettsville, Ohio. For the second year, Spartans were welcomed to trek through 1,500 acres of backwoods, technical terrain, and miles of mud at the Southington Off-Road Park.

On race day, Ohio weather provided sunshine and temperatures upwards of 80 degrees; however, in the weeks leading up to the event, rain showers drenched the region, creating a nearly indescribable swamp where the course was meant to be. Imagine with me, a venue so waterlogged that Spartan canceled the Friday night Open House to allow just one more day for the course to “dry out.” To say that this venue was “muddy” would be an extreme understatement. 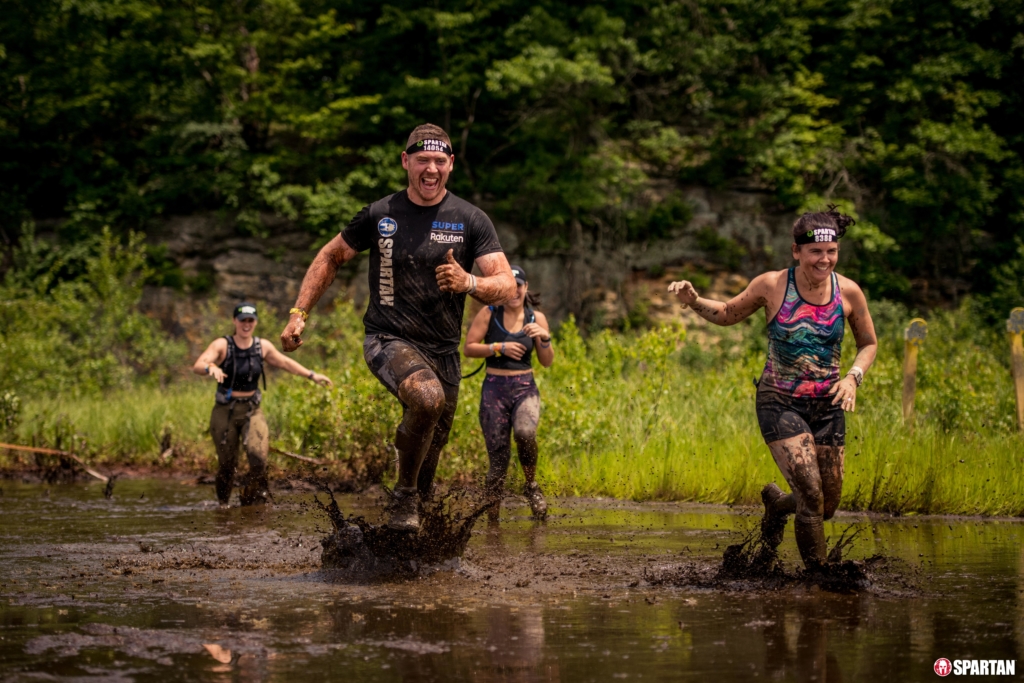 Beast participants run through mud, sludge, and swamp conditions on the course. Ready for the conditions or not, the Beast began promptly following the start of the Ultra event, but before a kids race. There was also a Sprint on Sunday the 9th. I ran the Beast in the age group category, so I had a fairly “fresh” course, following only the Ultra racers and elite Beast competitors.

The Beast course totaled 12.39 muddy miles, included 36 obstacles, and nine water stations. What in the year prior, had been a relatively flat, “easy”, runners' course, was instead, a swamp of thick, slick, technical terrain. The course weaved through single track trails, waterlogged ATV trails, and the occasional wide stretch of gravel dirt road, but in all actuality, no matter the type of trail, over half of the course was coated with anywhere from ankle to knee deep sludge, muck, and slop. Beast participants give (and get) and hand through the rolling mud on course.

Obstacle-wise, the Ohio venue also welcomed several of the new 2019 obstacles – the Pipe Lair, Beater, and The Box – which I personally enjoyed as this was my first time facing these new them. Also, though not specified on the course map, many of the obstacles at this venue were “Beast Mode” – meaning, they had a more challenging twist on Spartan favorite obstacles. For example, the Stairway to Sparta had rock-climbing grips instead of wooden slats overhead, and the Hercules Hoist was (in my tired opinion) heavier than is normal – which I also, personally enjoyed for the added challenge. Another aspect I appreciated for its novelty, was that the course offered two obstacles (The Twister and The Box) at which penalty loops, as opposed to burpee penalties, were implemented. Beast participants make their way through a steep and winding penalty loop.

Though defeating for racers, the final half mile of the course, was placed perfectly for spectators. Within this stretch, spectators were able to cheer on competitors at obstacles including the Barbed Wire Crawl, Spear Throw, Slip Wall, A-frame Cargo Net, Rope Climb, Atlas Carry, Beater, Tyrolean Traverse, Hercules Hoist, Rolling Mud, Dunk Wall, and Fire Jump. This final gauntlet of obstacles was consistent with the 2018 Ohio course, which also stacked an extremely high number of obstacles at the end, depleting whatever energy participants had left.

Overall, whether it be due to the heat, the mud, or the caliber of obstacles, the course proved to be much more difficult than the 2018 event and taxed even the most prepared competitors. Those strong enough to forge through the swamp were congratulated at the finish line with a medal, trifecta wedge, tech-t-shirt, FitAid, BodyArmour, and of course, that “finish line feeling”. Despite putting on such a well-organized and ever-challenging race, parking at this venue was a sore spot for many racers. This too was due to the immense amount of rain that poured into the region in the weeks leading up to the event that had flooded the parking area and caused Spartan to rethink their parking structure. Participants were warned of this predicament in days prior to the race and advised to carpool with 4-wheel drive vehicles if possible, and those unable to do so would be shuttled to the event from a further location. I had to use the (poorly orchestrated) shuttle system and nearly missed my start time.

Despite the poor parking predicament, the festival area itself was set up beautifully. Clear registration areas, a large and shaded merchandise tent, posted course map, local vendors, food trucks, and prime podium placement, were available for racers and spectators to enjoy. Spartan also offered several festival competitions, DJ entertainment, and a second large shade tent with tables and seating. The layout of the festival area was set up extremely well to allow for a smooth flow from one area to another and well-spaced to avoid crowding. Of the many, many Spartan events I have attended, this festival area takes the cake as my personal favorite.

Overall, I would rate the Spartan Ohio event a 5 out of 5. While the excessive mud and water were not always enjoyable to trek through, I believe that Spartan did a wonderful job accommodating the terrain and rain concerns that were ultimately out of their control. Should Spartan return to the Southington Off-Road Park for the third time in 2020, I’ll be there…a little earlier to begin my quest for parking and prepared for any course conditions!

Until next time mud-runners, happy racing! 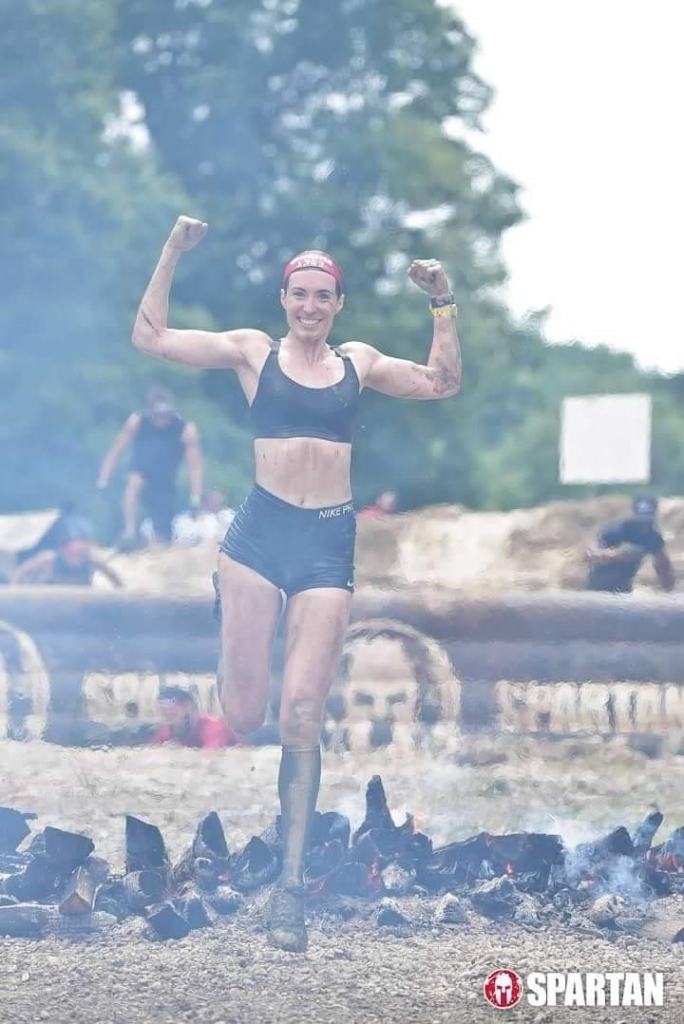 Want a better look at the course? Participant-generated content, photos, and videos from the event can be found by searching the hashtag #SpartanOhio and official results and photos are available on the Spartan website.

If you raced Spartan Ohio this year, we want to hear from you! Leave your own review and comments below.

This author is part of the Mud Run Crew and received a free race entry in return for an independent review. All opinions are those of the author and were not influenced by the race sponsor or Mud Run Guide.
By Julie Abbott|2019-06-13T14:37:21-04:00June 17th, 2019|Uncategorized|1 Comment