The Fort Campbell Spartan Race holds a special place in my OCR journey. The 2016 Sprint ignited the fire for the sport as it marked my very first obstacle course race.  In 2017, I talked my family into joining me for the first time. Spartan opted to move the 2018 race to Milky Way Farms, but this year brought it back to Fort Campbell for both a Sprint and Super weekend. Thrilled to return, 2019 meant another first, racing both distances each day. Further, with Sunday’s Sprint capping my year’s trifecta, I thought it best to celebrate with a costumed race. Those of you familiar with my writing know that I tend to leave readers hanging at the end of the introduction so that you may form your own opinion. I’m going to bust that trend right now. Carve out the time to make your way to the Kentucky/Tennessee line because Fort Campbell is a must for any Spartan. 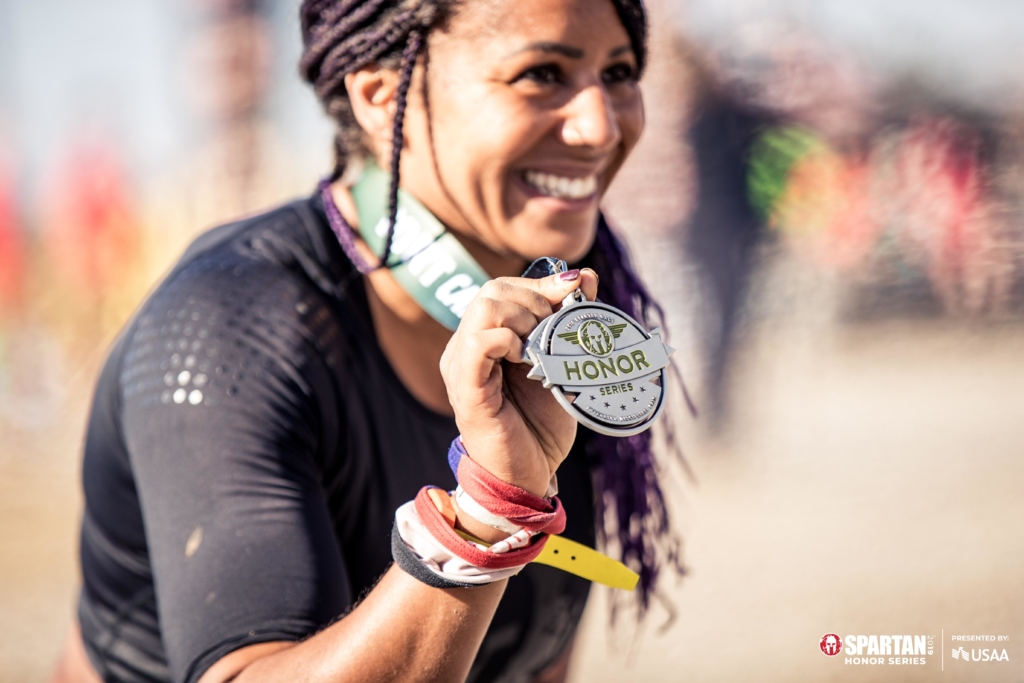 Despite Saturday’s lengthy queues to enter the gate then park and Sunday’s lengthy registration lines, Spartan has streamlined the process considerably over the past few years. And while some may grumble about the extra distance racers had to travel both by car and biped beyond the GPS marker, I thought it played nicely to the military setting. Driving in formation with my fellow eager Spartans, surrounded by little more than vast Tennessee fields and wood clusters reminded me that we were all in for a journey at the facility. The apparent lack of cell phone towers also reminded me that I would be in for a few hours of highly-sought off-the-grid fun.

What makes the Fort Campbell course so special is the utilization of the base's urban training area. Bare bones buildings clustered nearby hosted a number of obstacles and set the ambiance for the festival, too. High fives for race director, Garfield Griffiths, and course manager, Jonathan Halcomb, for extending this year into the ~9.5 mile Super. Though relatively flat, the Super course wound racers through some gnarly technical single track trails broken up by ankle-cracking creed bed crossings. I'd be remiss if I didn't mention that runners could hear distinct gunfire while navigating the woods during Saturday's Super; while perhaps not intended for the race, it certainly added to the atmosphere of the day. The majority of both day's running paths twisted through the Tennessee and Kentucky woods. Yes, you read that right–Fort Campbell lies on the state line, and signs called that out along the way. I choose not to read into this much, but I will note that racers were tasked with hopping the inverted wall on the state line crossing from Kentucky back into Tennessee… 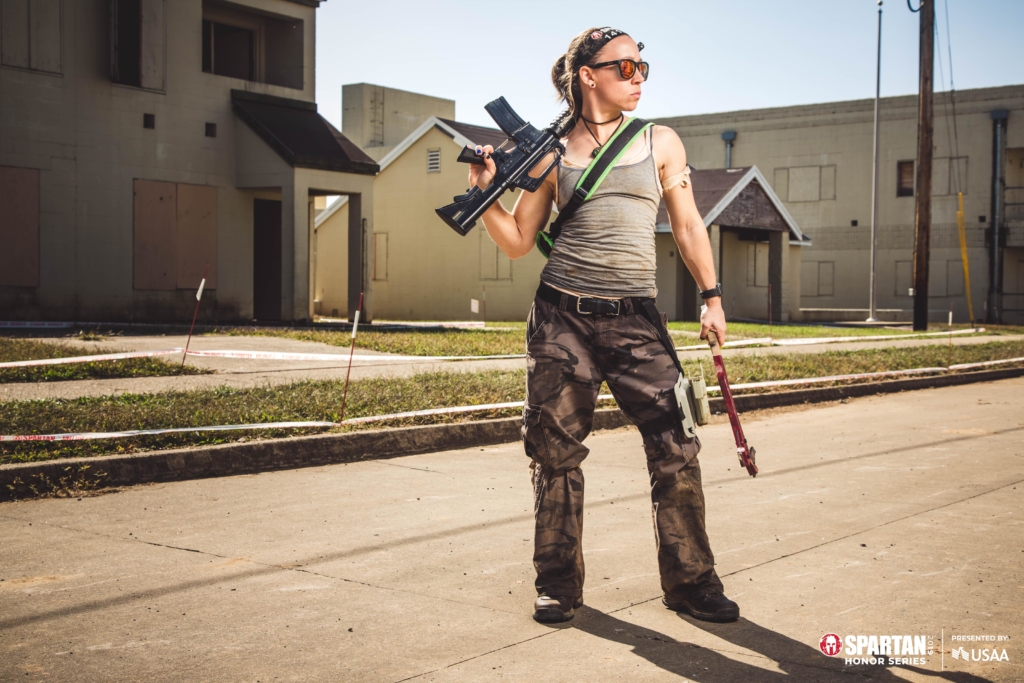 Most of the Spartan favorites were deployed for the Super and Sprint, though some new twists shone through at Fort Campbell. Here are the high points from both days:

Of note, Fort Campbell brought back the penalty loops at some of the challenging upper body obstacles. I managed to avoid these myself, though I heard a collective sigh of relief as apprehensive first timers arrived at these tough obstacles. 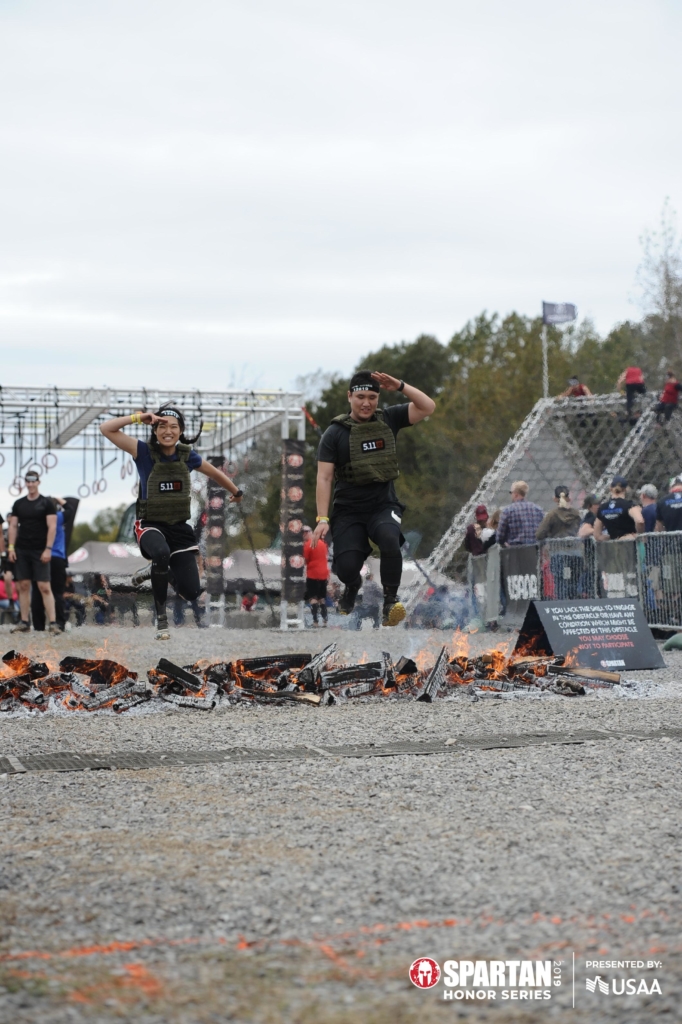 Congrats to Tiffany and Ryan–absolute beasts!

Beyond the typical obstacles, this race featured the added 5.11 challenge where racers could opt to wear a weighted vest, 20lb for the guys and 14lb for the ladies. I was intrigued by everyone that took on this challenge and tried by best to ask what drove each to go for it. The majority hopped on board enticed by the additional 5.11 dog tag that was awarded for vested finishers. Then it was at the state line that I met Buffy Rae, one hell of a lady running that day to award the tags to her husband, a survivor and her hero. Her story spoke to my soul and is one that that stands alone. Her story will be shared with you soon, so be on the lookout for it in the coming weeks.

Fort Campbell shines as the star of the Spartan Honor Series. For me, the distinct military ambiance makes the day feel like more than just a race—rather it’s a trial in determination, physical fitness, and, above all, spirit. It remains a spectacular spot for first-timers and elites alike. If you have your eye on earning one of the coveted Honor Series medals in 2020, go ahead and pencil in this Fort Campbell race for August 22, 2020. I’ll see you there!

The #PineappleBros chased me all Saturday just for a mention in this article! J/K–pleasure running with you, Alex and Mike, my fellow bargain shoppers!

This author is part of the Mud Run Crew and received a free race entry in return for an independent review. All opinions are those of the author and were not influenced by the race sponsor or Mud Run Guide.
By Hillary J. Greene|2019-10-24T07:59:35-04:00October 24th, 2019|Race Recap|0 Comments