We Are OCR: The MIAMI Mudders 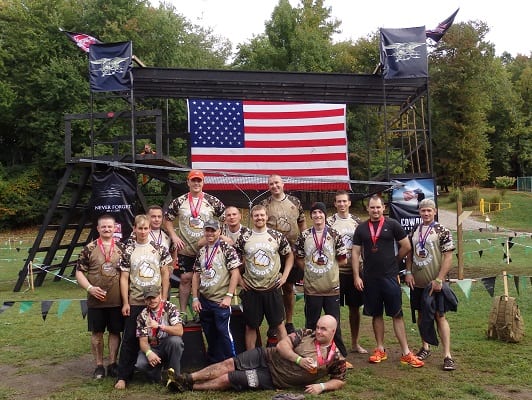 We are OCR – The MIAMI Mudders. 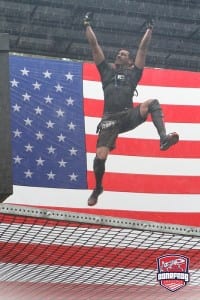 The MIAMI Mudders started as a lunch time running group to stay in shape for the Navy’s Physical Fitness Test. All of the members were part of the crew of the USS MIAMI and after a while, the group decided to test ourselves by signing up for a Tough Mudder. The nine guys that competed that challenge were the “original” MIAMI Mudders and a couple of us “caught the OCR bug”.

Through the season of 2013 we completed the Civilian Military Combine, a Spartan Sprint, and the Fenway Spartan. But our biggest turnout was at the Bone Frog Challenge. It was at the Bone Frog Challenge that the team really became a TEAM. Although the instigator of doing that race missed the event due to operational commitments, the guys that participated brought home first place and an excitement for OCR that was infectious. Immediately guys were looking up opportunities to go race, T-shirts were made, and a Facebook page was started to keep us organized.

At first, we considered ourselves a team of guys from the boat that enjoyed the challenges that these races presented. The 2014 season really changed that though, it revealed that there is more to the OCR community than just a shared love of scrapes and bruises. Our experience showed us that the people that run in OCRs not only have a healthy respect for the military but also a desire to show their support for the men and women in uniform. While the core of our team continues to be active duty submarine sailors, our family has grown to include members throughout the New England area.

As a team we had a very successful season. The team placed in the top 10% in every race we competed in, placed in the top three in a couple, and had great individual performances. Four of us finished in the top 300 of our age groups in Spartan’s international rankings while completing the trifecta for 2014. Seven guys qualified for the OCR World Championships in their age division and two qualified as Journeymen. We were even represented at the WC by our very own “Quick Silver” who placed 6th in his age division and 25th in the Men’s Open. 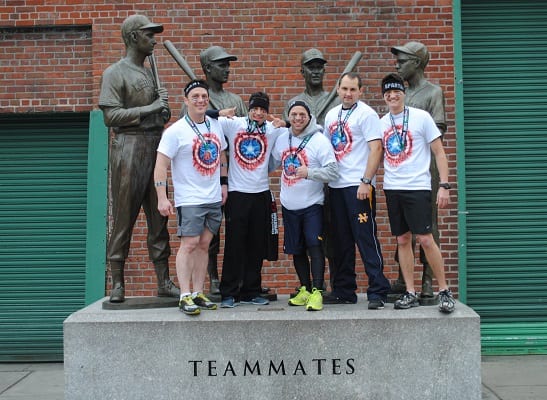 This November, the USS MIAMI is finishing up her decommissioning. For a long time we were convinced that the MIAMI Mudders would go as the ship does, but I am not convinced of that any more. All of us are being sent to other duty stations; some to nearby Groton, Connecticut, others going to Norfolk, Virginia or Bangor, Washington. We have started making plans though to rally each May in Charlemont, Massachusetts for the Bone Frog Challenge. The MIAMI Mudders race schedule will be greatly reduced but we will continue to manage a Facebook Page and communicate with each other with OCR tips, weekly hero workouts, and general motivation so that we can ensure that we come to the Bone Frog Challenge in top shape. We will continue to run races with other teams that we either start when we get where we are going or that we are able to join, but for now our one event as a team going forward will be the original Bone Frog Challenge at Berkshire East, we hope you’ll join us. 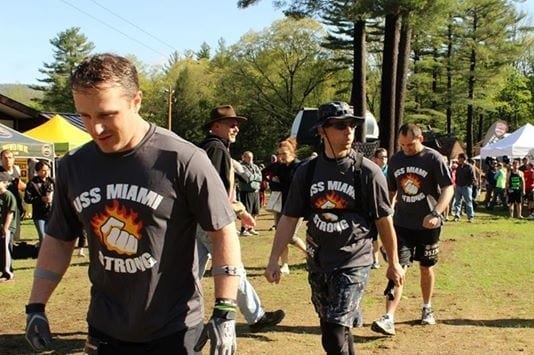 “I AM OCR” is a Mud Run Guide exclusive series featuring athletes (and teams) from all walks of life. You can view the entire series here. Do you or a friend have a story the world should know? Just email us at crew@mudrunguide.com and your story might be next!