August 16, 2014 – Rugged Maniac returned to the Georgia International Horse Park to bring their 5k to one of the most OCR-friendly venues near Atlanta, willing and ready to change the minds of some people who thought their course from the previous year left low expectations compared to other major companies in the industry. I can honestly admit I was one of those people after racing last year, with my best description as “It was alright”. In an attempt to combat the phenomenon I’ve witnessed in the industry that I will refer to as OCRADHD (Oh look! A new race! What was I just reading, again?), I’m going to get straight to the point for this one. 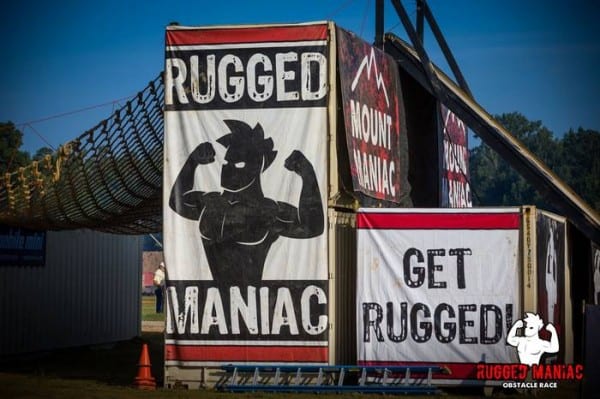 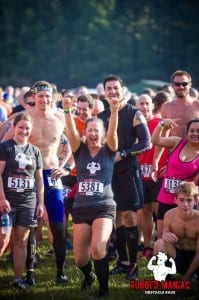 The course had a ton of new obstacles that were both fun and surprising! I’m pretty sure that their build team has been following American Ninja Warrior, with obstacles like swinging rings, fulcrum, and the 11-ft quarter pipe wall at the end to reach the slide. One of the most fun obstacles by consensus was Anti-Gravity, a set with two trampolines in between three A-frame ladder climbs to speed up the climb. Many people agreed, including me, that the first trampoline caught you off-guard, with the second a great springboard for the last ladder. Nothing on the course was overly challenging, but that isn’t necessarily the goal for Rugged Maniac, according to Lauren the Event Director.

The festival area rivaled other companies which have their niche in the OCR market focused on more of a fun, party atmosphere that keeps competitors around well after they cross the finish line (i.e. Warrior Dash). Harpoon Brewery is an official sponsor for Rugged Maniac, providing two options of craft beer to be redeemed with your included free voucher. The staging area had good music, the Air Force Reserve was on hand with all kinds of freebies, they even did free raffle giveaways that included a GoPro camera! Did I mention they also had a mechanical bull and foam pit? Well, they did. The multiple shower stations and changing tents paired with merchandise and food options all combined for an accommodating post-race party. Also worth noting, free bag check for participants!

I discovered from many volunteers that it wasn’t a great experience for them. Complaints were raised by members of Georgia Obstacle Racers and Mud Runners (GORMR’s) that they were stuck at their stations or tents for several hours on end with no bathroom breaks or even water provided from the event staff. This wasn’t the story for everybody, but from enough people to warrant mentioning. 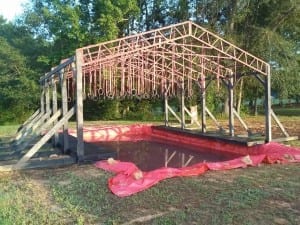 No finisher medals (yet, see below).

Another issue, which I already discussed with the Event Director, was the time scheduled for the Award ceremony. For a 5k obstacle course which the fastest male ran in under 24 minutes (Yuri Force) and fastest female under 34 minutes (Ashley Martin), waiting more than four hours from the first heat start time is a little excessive. I personally don’t like having to re-apply sunblock on a bright day repeatedly, and hanging out drinking beer to kill time isn’t exactly safe for people that drove two hours to the event and don’t have a Designated Driver. Also, most people that run after the award eligible waves (9-10 am) really don’t have a major interest in seeing the ceremony, so waiting for them to get back to watch is pointless. Instead of a 1:15 pm Award ceremony, I recommend noon at the latest and closer to 11:00 am to avoid the issue of coordination during the volunteer shift change.

Since their presentation on the TV show Shark Tank and receiving backing from Billionaire Mark Cuban, Rugged Maniac has much more in the works to go along with the significant progress already made in the last year. In September they will finally be providing finisher medals to competitors, and will be building their brand visibility with stronger marketing. Also, this winter they will be busy building even more obstacles to bring to the masses in 2015 to go along with expansions on current obstacles to alleviate bottlenecks.

The improvement already shown and future plans for the company have me confident that these ratings will be even higher by next month, let alone next season! If you are looking for a fun time with laughs and gasps at your OCR, I would put Rugged Maniac on your calendar.

Have you done a Rugged Maniac? Share your own rating and opinion with us!