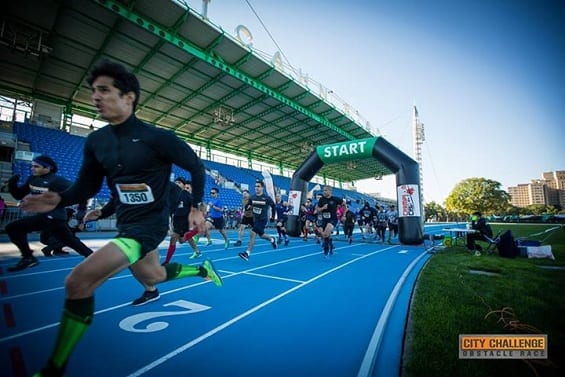 I scrambled as I arrived late to the NYC City Challenge Obstacle Race on October 5.  My concern was I would not be allowed to run the course. upon check in found out I the good news was the volunteer run was going to start shortly and I hadn't completely missed the race.I immediately made my way down to the starting line and was off. 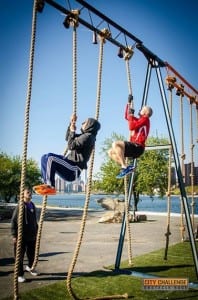 The course began on Icahn Stadium, a track that has hosted some of the greatest sprinters in the world, such as Jamaican sprinter Usain Bolt.  I felt something special knowing I was in Icahn Stadium. I exited the stadium pretty quickly and was now running outside on Randalls Island walking paths. The first obstacle which was a series of orange wall barricades to jump/climb over. The day was beautiful and the breeze coming off the east river was really nice. Even though I was running the volunteer run, I still saw a great deal of volunteers on the course and at every single obstacle. The volunteers were awesome and every one of them made sure to pump their fists and encourage me to keep going!

The course had a lot of the typical obstacles you would expect for an OCR, such as a rope climb (with and without knots), ladder wall climbs, dual water jug carry (for a decent distance), wall climbs, net climbs, and monkey bars. What separates City Challenge Obstacle Race from most other OCR’s is the lack of mud or water obstacles, which was no surprise and was anticipated as noted in my pre-race writeup. The course also had some obstacles I had not seen before, like “Caravan Parkover” which consists of jumping/climbing over a Police car and City Taxi cab, Battle Rope Jumps, Sumo Squat Kettle Bell Swings, and the Heavy Bag Gauntlet. I personally liked the Heavy Bag Gauntlet, it has a lot of heavy bags and you have to run through them. I came to this obstacle and kicked one of the heavy bags with a side kick and then a round house just for fun before completing it.

At one point, I got confused which way to go and one of the volunteers ran a pretty far distance to direct me the right way. He actually stayed with me for about 5 minutes to make sure I didn’t get off the correct path.

I went on to complete the remainder of the course that took place outside of Icahn Stadium and then re-entered the stadium. I then ran up and down several flights of stairs in the stadium and eventually ended up on the top level and had to do “Battle Rope Jumps”. This obstacle is basically a very large gauge rope and you have to jump rope it. I completed another flight of stairs up and down and completed the course! 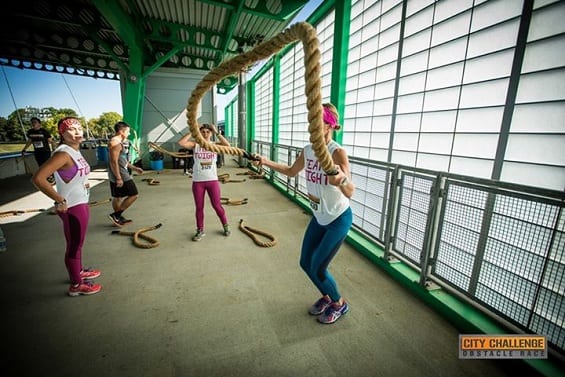 I enjoyed the course and the obstacles, there were a nice mix of obstacles I have done many times before and some for the first time. As noted the volunteers all rocked! The only two issues I can point out, are they had water stations with water, but had run out of cups, I also did not see any photographers on the course. But to be fair about these issues, I did start very late in the day.

I wanted to be sure the issues with the cups and photographers didn’t take place all day; so I reached out to an OCR friend of mine who also participated in the same event. My friend Michelle Rose said she ran at 9:30AM and thought the event was run well. She stated, it’s on a smaller scale than Spartan Race and BattleFrog and it's a different type of race. She said there was water for the participants and she saw at least three photographers on the course. She said it was a fun atmosphere and loved that it was a city version of a mud run without mud and she would do it again. 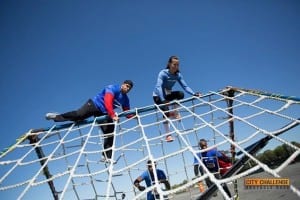 They also ran out of participant shirts, but that was explained via email the next day. Per the email “T-shirts: Over 300 challengers registered the same day therefore we ran out of some shirt sizes. We took the names of those that did not receive shirts and will be mailing those out by the end of this week. If you DID NOT provide us your name at check in and did not receive a t-shirts please email info@citychallengerace.com.”

I enjoyed the course, and the fact it wasn’t a mud run. I have not been on Randalls Island for many years, so it was fun and brought back a lot of childhood memories. City Challenge clearly is at a much smaller scale than a lot of the other OCR’s but that is a good thing as Elvi is not taking on too much at once and is growing and learning at just the right pace. I will run another City Challenge in the future. Even though I arrived late, I did see a lot of people still hanging around and I was really impressed with the overall ethnic background and teenagers that were wearing the participant shirts and medals. Elvi has done a great job with getting inner city locals to participate!

The event was a huge success; they sold a total of 1574 tickets and had over 1200 runners. The best part of the day is Elvi and City Challenge rose over $5000 in donations for the Susan G Komen charity.

The schwag is nice, the medal is a unique one that is not like any of my other medals and can be used as a bottle opener! I didn’t get the participant shirt yet, but I did see a lot of them and it is a very nice shirt! 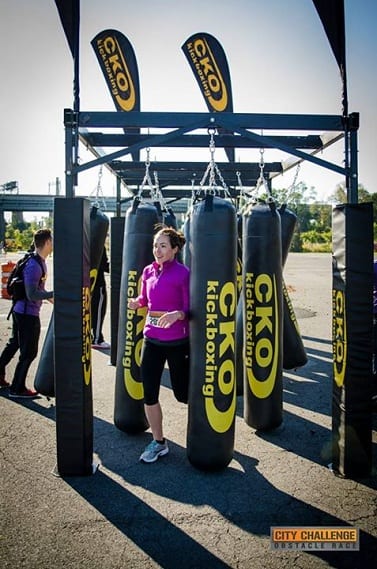 City Challenge Obstacle Race has six scheduled events for 2015, which includes races that will expand away from the NY/NJ area to Miami, Baltimore, and Boston.

Have you done a City Challenge Obstacle Race? Tell us and rate your experience!