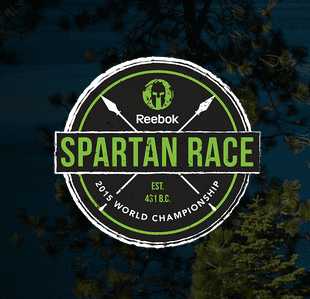 After weeks of speculation the official site was announced this morning for the 2015 Spartan Race World Championships. We will be packing our bags and heading to Lake Tahoe, California,  October 3-4, 2015. Squaw Valley Ski Resort the host of the 1960 Olympics and also the start of the famous Western States 100- Mile Endurance Race will also be the site of the new Spartan Race World Championships. This year Spartan Race has changed the racers road to the championship. Notably the first major change is how to qualify. No longer can anyone sign up for the elite championship heat, now only the top 300 men and  300 women will be allowed to participate for the world championship title. The prize money has been upped to $500,000 in cash and prizes on race weekend and qualifying will have everyone vying for Spartan's version of a “golden ticket”.

Qualification this year will be through the regular season races, the top 5 men and 5 women will each receive a special Spartan Coin, similar to the one given out in the winners plaques during the 2013 season. If all of the top 5 already have coins then they will be given to the next 5 racers. A total of 10 coins will be given at each race globally.  Additionally, Spartan Race will be hosting global championships for both the Sprint and Super distances around the world and top 20 participants at these championship races will earn a coin.

How it Changes the Season

The announcement also marks a move of the Ultra Beast to California. Those who were looking to get revenge on Killington can still have it as there are now two Ultra Beasts in the continental US.  Squaw Valley will host the second Ultra Beast. For those looking to claim an Ultra Beast finish this year you will have your choice. The question is will Norm Koch still be the designer of this infamous course at both locations. Whom ever end up being the course designer one thing is for sure Squaw Valley will bring new challenges for both the World Championship and the Ultra Beast marking a new experience for the obstacle racing community.

For more information on the Spartan Race World Championships visit their website.

With the location change official, new qualification standards and new prize purse the 2015 season should shape up to be another exciting year for Spartan Race. What are your thoughts on the change? Post a comment and share your feelings.

Also our contest to win a free cruise is still open and has a few hours left. Win your chance to sail away!