Spartan has upped their game this year. If you have not done a Spartan in 2015, expect harder courses and harder obstacles. 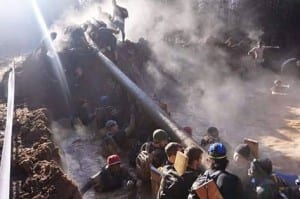 The Georgia 2015 Spartan Sprint was once again at the beautiful International Horse Park in Conyers. Spartan took advantage of the terrain using rolling hills, thick Georgia clay, and even the steep embankments were they could. Mother Nature once again played havoc with the week leading up to and including the days of the event. Rain the week before and big temperature swings made for some fun out on the course. When the Hurricane Heat, class HH-065, started the temperature was a cool 27, later in the afternoon to the high of 64.

The weather played a part in making the event both good and bad. The temperature while running was great, the water on the other hand could and did take your breath away. There were many people who finished and left because of the fact that right at the finish Spartan dumped you back in the water, so you just did not warm up. 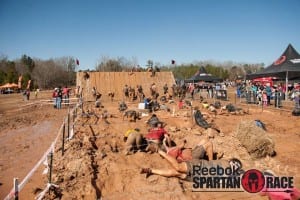 Spartan had several new obstacles as well as some of the standard ones, while most of the new obstacles were a lot of fun; one in particular might need a little redesign, fireman’s pole there were way to many injuries on this one, landing in the mud from sliding down the pole was not the best idea. The Tarzan swing was a lot of fun along with all of the cargo net walls to go up and over. I understand the penalty for failing an obstacle, but I think some of the time Spartan volunteers get a little carried away with it all.

For example at the Monkey Bars it is now Spartan policy that if non-elite receive help at them they must do 15 burpees. The issue is and this falls to more than just the Monkey Bars, some of the participants are not in elite status, to hold them to the same expectations is a little much. To tell someone that was truly trying to complete something that they failed and now must do 30 burpees, is like beating a sick dog. If the participant is not running elite or in the money, what difference does it make? Chances are they are not going to change any other participants finishing status/standing. I honestly feel the burpee penalty in the open waves should be an honor system, if you fail the obstacle, ok do your burpees, but you don’t need a volunteer standing over people counting and telling them they have not done enough, or that burpee did not count because it was not chest to ground, and yes I saw both of those. 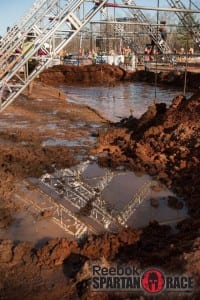 A word of warning on the Spear Throw, be very careful which spear you select, Spartan is again using the corded spears, the problem is not all of the cords are long enough to allow the spear to get to let along stick in the target. My ONLY penalty came from the spear throw, when with several people watching, my throw was dead on only to have the cord, which was not tangled pull tight BEFORE my spear even reached the target, the volunteer then laughed and said 30 burpees. Everyone there called foul and I proceeded to take the spear walk around to the target and show that the spear could not reach the target with the cord pulled tight. I walked down to 3 other spears, with longer cords and hit the target 3 times. I don’t might failing an obstacle and doing the penalty, but don’t make it impossible, how many of the elites had 30 burpees because a cord was not long enough?

My last obstacle issue is with the rope climb. The rope climb in and of itself is fine, the problem comes from placement along the course. Having the rope climb at the end, after the mud crawl, while participants are covered in mud, and in a lot of cases tired is a bit of a safety issue, I know several people who fell on the way up or down the rope because they are incased in mud later in the day. If the rope climb was before the mud crawl the ropes would not be as slick, I personally fell right after ringing the bell, not a single volunteer or safety person came over to even check if I was okay after the 20 foot drop into the waist deep water.

Spartan once again had a great festival area set up, lots of space, some fire pits to warm up at after you finished, and the portable merchandize boxes keep it all nice and simple, even the food was good, from what I was told. All in all I would say Spartan put on a really good event. I think Spartan is doing a great job in challenging people to get into better shape, BUT I think Spartan, and some of the Spartan community is failing in that they are beating down the first timers and the ones who are not in top shape yet into not coming back. 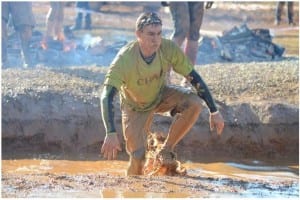 One of the ancient Spartan ideas was the power of the phalanx, if everyone stands together and helps each other the group is stronger than the parts. Spartan has done a great job in getting people to better themselves, but I feel Spartan is also failing to promote the phalanx part. To put it simple, Spartan is building better athletes, but the Spartan phalanx is failing.

Have you done a Spartan Race? Share and Rate Your Own Experience…