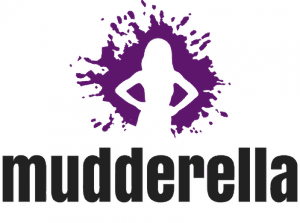 Mudderella HQ has recently announced changes to our 2015 calendar of events. We will be hosting nine events across North America this year, in the following locations:

We had previously planned for an additional four events, in Central TX, Western NY, Twin Cities, and Florida. After much consideration, it became clear that there was not enough demand in these markets at this time to enable us to put on the quality events our participants deserve. All participants and spectators who were registered for these events will have the option for a full refund.

We are passionate about delivering one-of-a-kind events that provide a platform for women to own their strong, and we remain dedicated and confident in this mission. Though events in these four locations will not be possible this year, we will continue to explore all options to host events in these areas in the future. The remaining nine events on our 2015 calendar are seeing strong demand, and there are no plans for additional cancellations.

We share the disappointment of those who were registered for events in Central TX, Western NY, Twin Cities, and Florida, and we want all of our participants to know that this decision was not made lightly. Yet we remain proud of growing Mudderella from one event in 2013 to nine events across North America this year. We thank the Mudderella community for its support, and we look forward to welcoming more than 50,000 new participants to our courses in 2015.