This summer, Bear Grylls brings his renowned spirit of endeavor, fitness and adventure to the Obstacle Course Race (OCR) market, with the launch of the inaugural Bear Grylls Survival Race (BG Survival Race). BGSR 1 will take place in London; the first race weekend of its kind in the world.With Trent Park in North London as the planned venue on 3 and 4 October 2015, participants will be pitted against each other through a range of ultra-dynamic Bear-Grylls inspired obstacles, to reach the finish lines of the 5km, 10km and 30km courses.

More than just a race event, the weekend will create a Bear Grylls Adventure Festival with live music and over 100 partners from the adventure & racing spaces, showcasing their products and a visit from Bear Grylls himself on the first day, to set the tone for the weekend.

The BG Survival Race weekend will host a series of kids and junior races (Cubs races) as part of a schools challenge, before firing the starting gun for the adult’s
5km and 10km obstacle races, alongside charity heats.
Both timed and untimed heats will see professional athletes and leisure runners

alike putting their adventure-fitness levels to the ultimate test in this series of unique Bear-Grylls-inspired races.

The race weekend culminates in the signature event: the Ultimate Survivor Race – a 30km course which ups the ante from the previous day’s races by not only extending the race distance but including even more extreme Bear Grylls survival challenges. These are designed to catapult athletes out of their OR comfort zones, both mentally and physically. All races taking place throughout the weekend will be open to individual and group entry.

Bear Grylls explains the aim of this race: 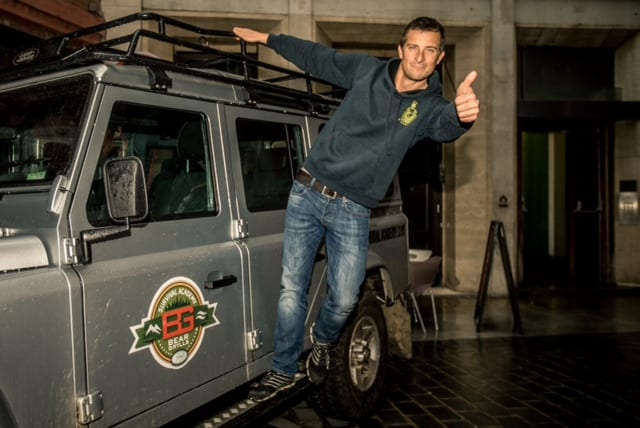 “This is about empowering people to test and extend their adventure fitness, using the type of obstacles that I have often encountered in the wild. We all have an edge, and this race is designed to push those physical and mental limits, to there & beyond.”

The planned global expansion of the BG Survival Race series will feature a range of challenging survival scenarios including urban, jungle, mountain, desert and amphibious; and these are to be set in some of the world's most extreme and challenging terrains.

The past five years has seen a significant increase in interest in Obstacle Course Racing (OCR) as an alternative to traditional 5K, 10K, half-marathons and marathons; filling the void as a fun weekend event that creates fitness challenges for weekend warriors. Part of the growth the OCR market has seen in recent years includes a spike in female participation as well the involvement of more casual racers.

Bear Grylls has become known around the world as one of the most recognized faces of survival and outdoor adventure. His journey to this acclaim started in the UK, where his late father taught him to climb and sail. Trained from a young age in martial arts, Bear went on to spend three years as a soldier in the British Special Forces, serving with 21 SAS. It was here that he perfected many of the skills that his fans all over the world enjoy, watching him pit himself against Mother Nature. His TV show, Man Vs Wild and Born Survivor, became one of the most watched programmes on the planet with an estimated audience of 1.2 billion. He also hosts the hit adventure show Running Wild on NBC in America, as well as The Island with Bear Grylls for Channel 4 and Mission Survive with Bear Grylls for ITV in the UK. He is currently the youngest ever Chief Scout to the UK Scout Association and is an honorary Lt- Colonel to the Royal Marines Commandos. He has authored 15 books, including the No 1 Bestseller: Mud Sweat & Tears which was voted the most influential book in China for 2012. 2015 will see the author entering new territory with the release of his first fiction thriller book series, promised to combine the best of Bond, Bourne and Indiana Jones.