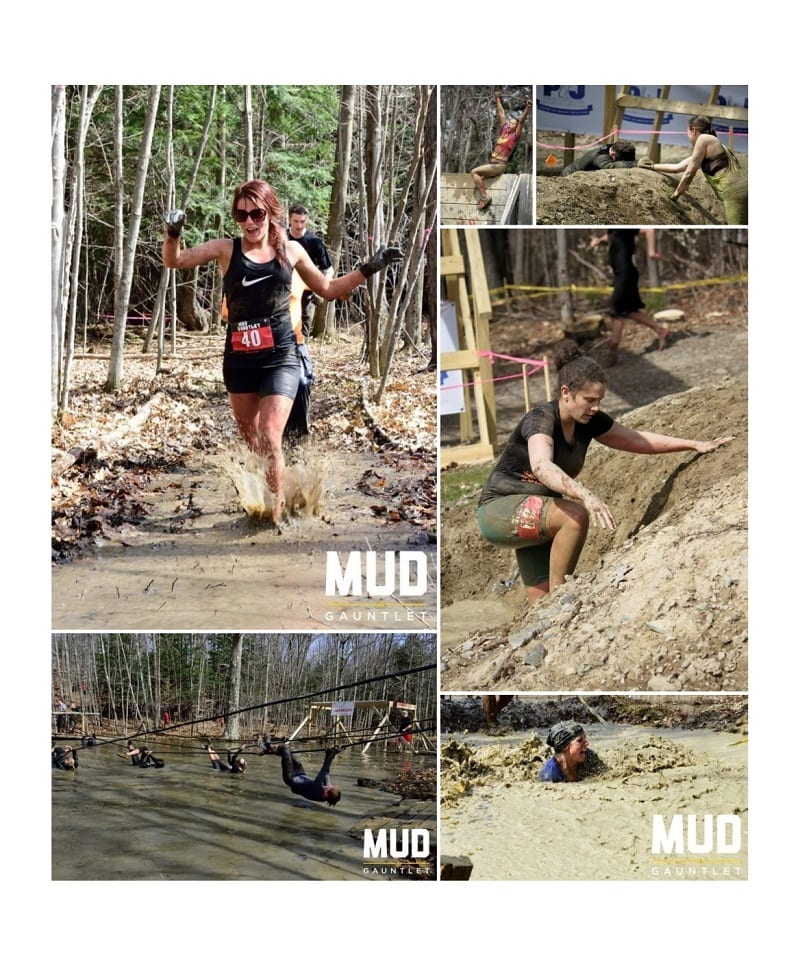 The drive to Binghamton was long and after the day before of racing two races, I expected the day and race to be a challenge both physically and mentally.  As soon as I arrived, I was impressed by the obstacles visible from the entrance of the course and parking area, these were not obstacles made out of cheap building materials or someone that was building an obstacle course for the first time. They were all designed perfect and built just as well as any obstacles you see at the big name OCR’s.

Mud Gauntlet took place on the Newbsanity course which as I noted above is not your typical local OCR course and has a lot of high end creative obstacles over the 5K course with a lot of variety in the type of challenges. Prior to the start of the race, the course owner and race director Mr. Newby went over the course and prepped all racers. The course started out with a sprint for about a minute and the first obstacle was a mud crawl called Cobra Crawl. After Cobra Crawl, we sprinted again for only a short period and came to the obstacle Munches. The course, almost immediately then went into the woods and tree cover and up came the obstacle Rodeo Rails which was a nice log ladder climb while a volunteer sprayed you with a fire hose that sprayed out brisk cold water. Next up was Frog Pit, which was a series of going in water pits and then climbing a ladder wall, the name of the obstacle is perfect as I did find a frog in one of the water pits!

After a very short sprint, the next obstacle was Linebacker and then came another, and little longer, sprint to the obstacle Vertigo, Vertigo was a very tall ladder wall climb and if I recall this was one of the obstacles that offered either the risk for reward option or tried and true option, if you didn't feel safe climbing this tall obstacle, you had the option to jump/climb over a series of several smaller and safer walls. The Vertigo option was clearly the faster and better option from a cardio perspective. After another short sprint came the obstacle Swamp Thing which, if memory serves me was a nice crossing of some deep mud, racers then sprinted for only a short distance again and came to the obstacle Traffic Jam. Up next was Everglades North and a very short distance after came Log Jammin’. 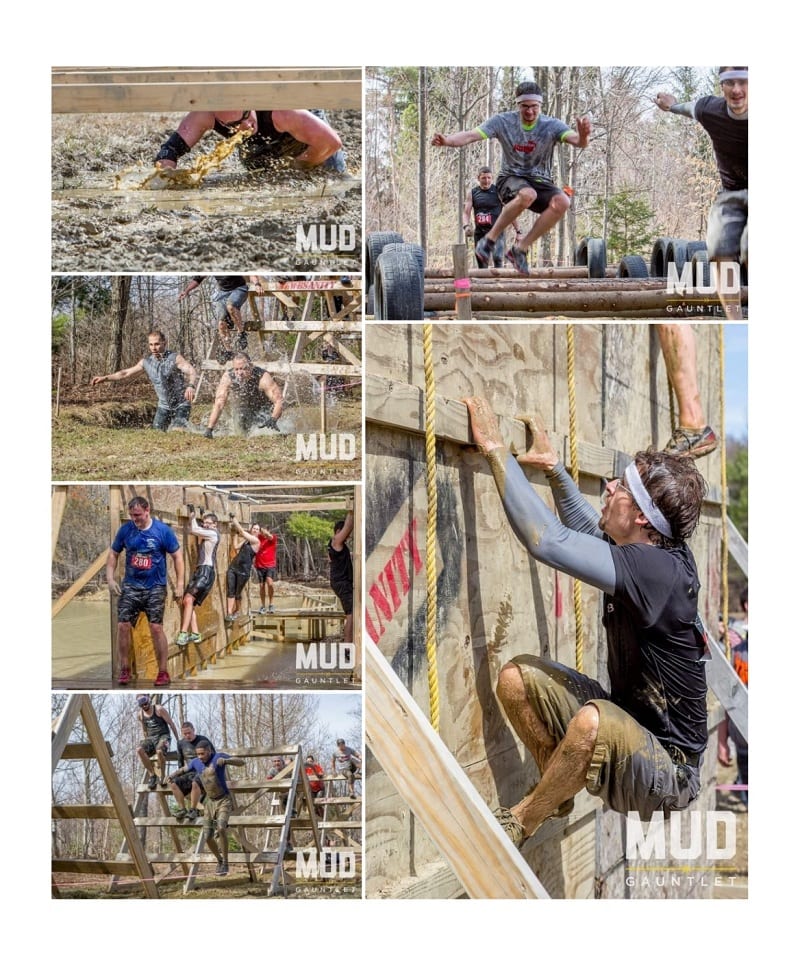 Later came the obstacle High Hurdle and then we made our way over to Shark Attack, which was a challenging Tyrolean traverse over water. After yet another short sprint, it was time for Black Out, which if I recall was an obstacle that had us crawl under a very heavy tarp that completely blacked out the sun and was really hot and humid while crawling through it. After another short sprint, the next obstacle up was Dragon Spine, after another short sprint, it was now time for the obstacle Slip or Grip which was a well built and very challenging monkey bars obstacle over cold water. A very short sprint later, racers came to Snake Pit and then came one of the longer sprints of the course and after the sprint into the woods, it was time for Pirates Pass, this was a very cool wall traverse over water and even has water being sprayed from above onto the racers to make it even more of a challenge. Almost immediately after, it was time for Commando Wall which was a fun trek into cold and waist deep water and then you had to climb over what was about a four foot wall.

Another short trail sprint and then the next obstacle was Learning the Ropes, which is a very challenging high wall climb with a rope. After another short sprint, it was time for Proper A “tire”, which is a tire carry obstacle, the tire carry was a nice obstacle that didn't tax the cardio much at all. After another short sprint, racers came to a tire obstacle called Joke Lane, which was a great deal of tires connected together on the ground and racers had to make their way through the course that was a decent distance. Up next (after a short sprint) was Cheese Grater and then a very short distance from that came Cargo Climb, which was a cargo net climb that was pretty challenging. A very short distance later was the obstacle Storm the Gate, this obstacle is built amazing and is as well-built of any obstacle I have seen at any OCR to date. It starts out as a curved wall traverse that has two sets of ropes to make it a little tougher and more of a challenge. After you make your way up the wall, you have to roll/crawl/walk across a rope net walk and then you climb down the back side of the obstacle. The next obstacle was just a few meters away and it was Muddy Moat, this moat obstacle was almost a clone of the same type of obstacle from Tough Mudder and it wasn't by mistake they placed an obstacle that would have toe covered in mud head to toe second from last. Right after this was the last obstacle of the course and another one with two versions, a risk for reward or tried and true. The R4R version was two tall (8 foot?) walls climbs which at this point of the course and now covered in mud was a challenge. The other option was a series of shorter walls to climb over. After this came the finish line and pride of conquering a very well built and challenging obstacle course. 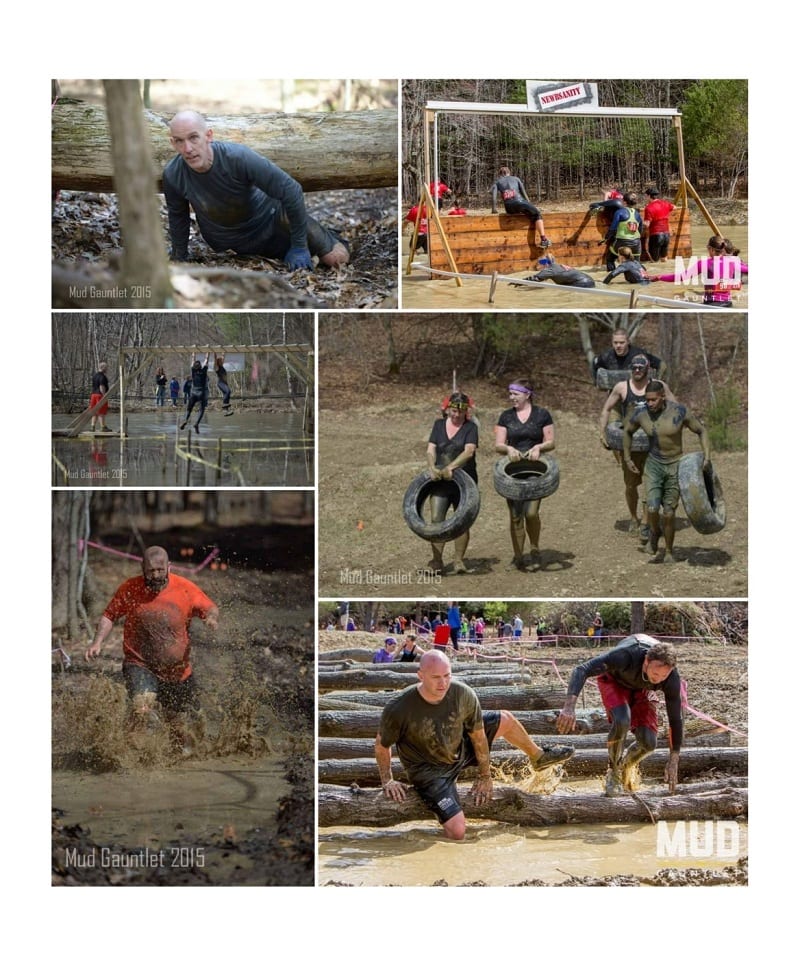 The Newbsanity course started out as a course built by a father and son that both run and compete at the World’s Toughest Mudder at a very high level. The father Jarry Newby is an amazing man who has won his age division multiple years in a row at the WTM. He has a construction background and owns a large amount of land that is perfect for an OCR course, so he decided to build himself his own bad-ass WTM OCR training course. He so far has built a course over time that currently has 27+ obstacles. This course is as nice as many of the OCR traveling companies and on par with some of the permanent courses I have visited as well. I am comfortable with saying this course is the best kept obstacle course secret in the state of NY. Jarry’s son Jarrett is also a multiple finisher of the WTM and has finished very high in the overall standings. Jarrett has recently been working with the NCAA and this has taught him some perspectives, that typically most in the OCR community may not see or think of and this allows this father and son the ability to create, maintain, and improve on an already awesome OCR course. I am so happy that I decided to go to this event/race on Sunday and had the opportunity to meet the Newby’s, run their amazing course, and just learn about it being in NY.

Southern Tier AIDS Program put on this Mud Gauntlet event/race and they did an amazing job from the Social Media, to the festival area, and mostly having an amazing staff and group on site that helped put on an awesome event and keep smiles on faces all day. Mary Kaminsky was all over the place during the event and made sure everything went smooth and her staff was all doing the same with big smiles and even bigger energy and enthusiasm. Mary also told me after the race, that they raised over $4000 for STAP (Southern Tier AIDS Program) which as far as I am concerned is the best part of the event.

I am sure readers can tell from my course breakdown, that this is not a trail run with obstacles, but rather a true obstacle course with very little long trail runs and I can’t say enough good things about that type of course format. I look forward to my next opportunity to come race a Newbsanity event race. 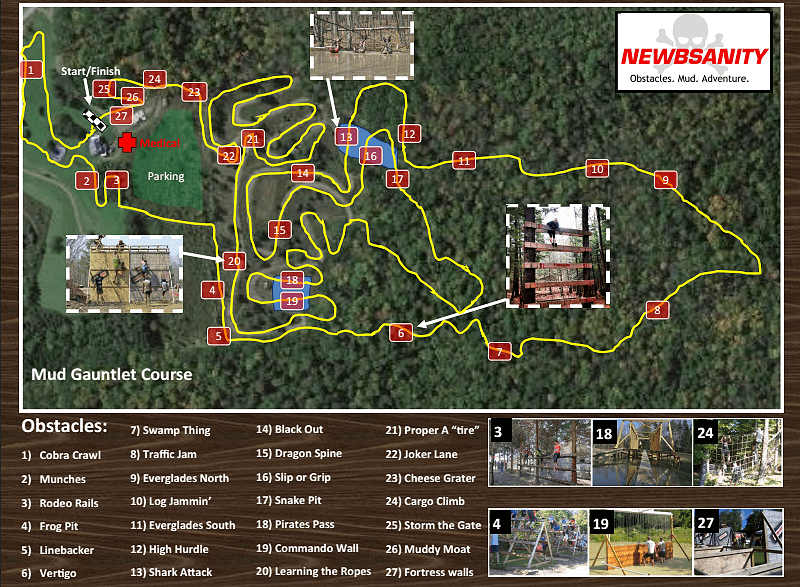 The schwag was a dog tag style finisher medal, which is really nice and I am wearing both I earned on Sunday as I write this article. The finisher shirt is a well-designed and attractive shirt. I also have to mention the best schwag of all; the race included a chicken BBQ lunch that was awesome! (All the other OCR’s need to give us racers a free chicken BBQ lunch!).

Great course, great people, great cause, money raised for charity, included a chicken BBQ lunch, I got to meet two awesome people in Jarry & Jarrett Newby, and I discovered an awesome OCR course in my home state (all be it a little far away). I have to rate this event, 5 out of 5 stars.

I think my article clearly indicates, I had a great time and really enjoyed the course/event, and meeting some awesome people. I believe, the event had less than a total of 300 racers/participants and that is a shame! This is a course that anyone and everyone interested in running an obstacle course / mud run and local to the Binghamton area should make a priority to run next year. Also if you ran this race this year, spread the word to your friends to get them out next time! I want to thank STAP and Newbsanity for an amazing time.

Have you done Mud Gauntlet? Share and Rate Your Own Experience…