Hobie Call…In His Own Words 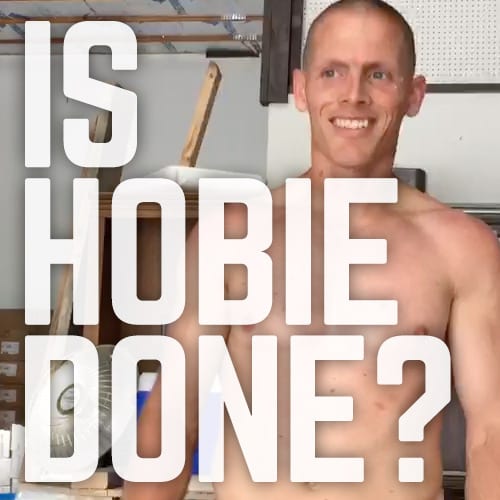 When Hobie Call went back to work last Thursday in the world of HVAC he had no idea that by the time he got home he would be the talk of the OCR community. It is no secret that over the last couple of years Call has played a balancing act as a professional obstacle racer as well as supporting himself and his wife and five kids from race winnings and sponsorship deals with race organizations. At times that win was more than just a win but literally the grocery money for the next week or rent. No one ever said being a professional athlete was easy. Most recently the collapse of Atlas Race was the breaking point for Call's professional career.

He quietly has been pulling back from social media since the news of Atlas Race's collapse. Saddled with debt from unpaid wages and unpaid reimbursements he quietly made the choice to reenter the world of heating and air conditioning repair in order to secure a solid paycheck to pay off debts and pay for the family expenses. He contacted his old boss in Salt Lake City asking if he could have his old job and last week went back to working a 9-5.

He was contacted by Obstacle Racing Media regarding the recent fall of Atlas Race. What he thought was going to be a small quote in a larger article quickly took on a world of it's own as Obstacle Racing Media turned the one quote into a larger ode to Call and his contributions to obstacle racing. To most reading the article it appeared to be Hobie's swan song, his complete exit from the industry, and many saw it as a long goodbye. The article started with…

We spoke with Hobie in person today about his publicized departure from obstacle racing and he shared with Mud Run Guide the full comment made to Obstacle Racing Media. Below is the full comment from his Facebook messenger. 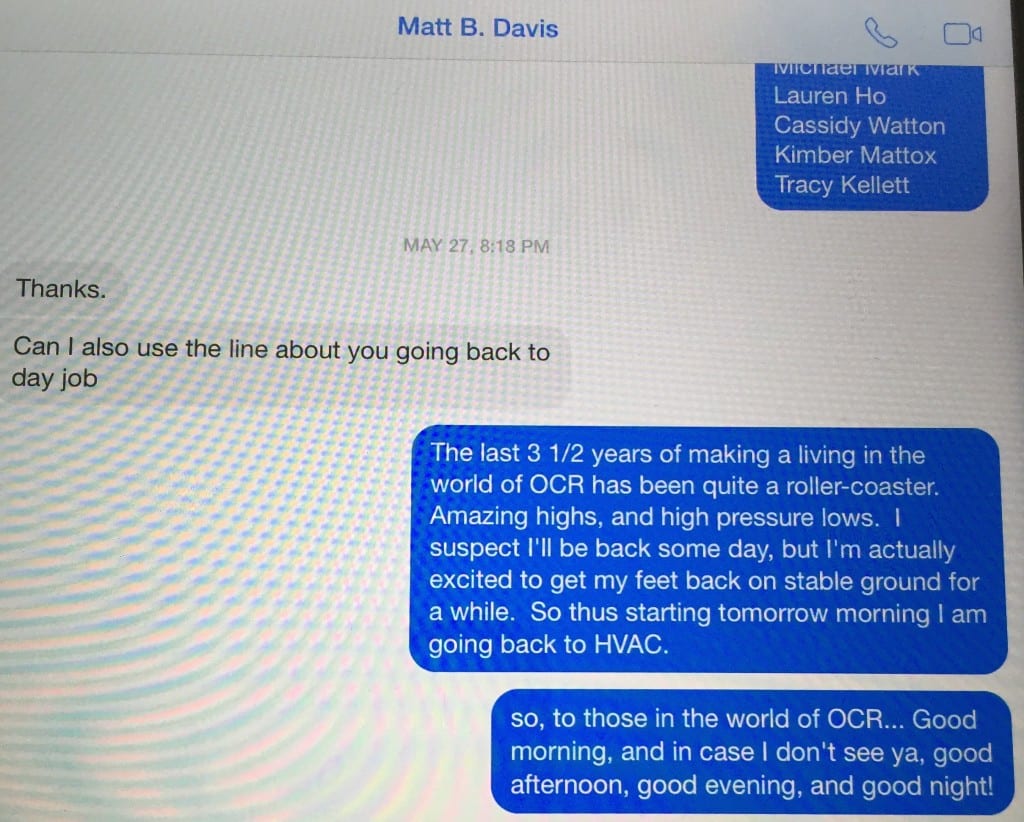 Call has never been known to be media savvy and many can quickly point out dozens of  follies on social media an outlet he has never been comfortable with. He commented yesterday that using the line from The Truman Show movie might not have been the best quote to end his comment to Obstacle Racing Media. When we sat down yesterday and spoke, the cocky attitude many have attributed to Call over the years was gone. In front of me sat a stripped down version of the man, tired of the politics, antics and broken promises from companies over the last couple of years. He had reached his breaking point with the professional side of the sport and was/is ready to continue in the sport the way he started; for fun, and maybe some prize money as icing on the cake.
When we visited Call yesterday afternoon at his home in Erda, Utah just outside Salt Lake City he was going through his usual warmup/wheatgrass routine before working out. He hasn't stopped training; although long days doing repair have already altered his day from two training sessions down to one. His training is smarter and highly specific these days. He still eats as an athlete and is looking forward to a handful of races this coming season. What he is no longer doing is traveling race-to-race hunting down the next paycheck.

Have we seen the last of Hobie Call?

Is Call still planning to race in the elite heat?

Yes as long as his body holds up.

“No way. This is the greatest sport in the world.”

Is he done with the politics?

Below is the full interview with Hobie. The reactions to the article from his family and his kids predictions for the future.