Since its inception at the turn of the century, the sport of Obstacle Course Racing, more commonly known as OCR, has been the source of many rumors, myths, urban legends, and tall tales. In this series, we will delve into these mysteries in order to clear up some of the common misconceptions we fall victim to.

Episode One: The Runner’s Course 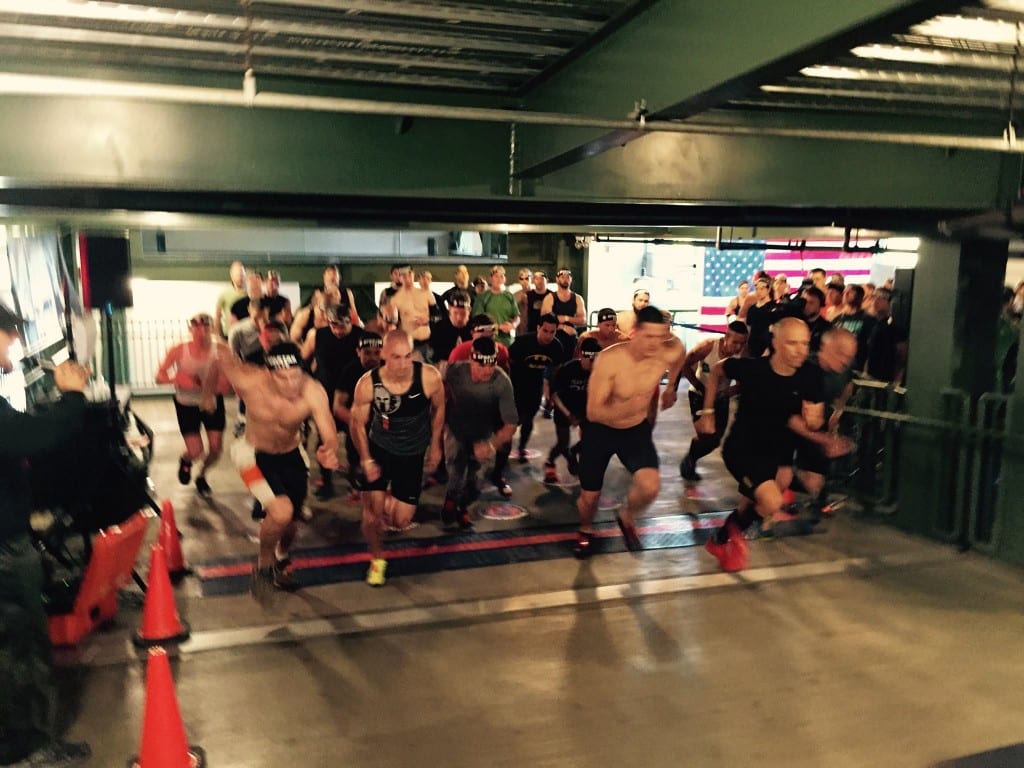 If you have ever visited any social media site or group after an OCR race in the past few years, you have undoubtedly seen some version of the following comments:
“Great race, but it was definitely more of a runner’s course”“WAY too much of a runner’s course for me”“Too flat, too much running”“Too much running for my taste. Runner’s course for sure” These comments left by discouraged and exhausted competitors represent one of the more confusing myths alive and well in the OCR community today. Just what is a runner’s course? Why does it exist? Is it fair? How did this phenomenon come about? Hang on, as we dive headfirst into this touchy subject.

To begin, let us start with a definition. After hours of scouring online forums, the general consensus on a runner’s course seems to be threefold:

Now that we have a definition of what a Runner’s Course is, let us construct a visual match for each type of course. We have scoured the archives for past race courses that match our above criteria. However, in order to be truly scientific in our approach, we have also found a exact opposite match (the Non-Runner’s Course) for each criteria. Having established a solid example what of a Runner’s Course and a Non-Runner’s Course looks like, we then found the results for each race type. This will show us the type of athletes who are winning each race. If the Myth of the Runner’s Course holds true, we should see more of the pure-runner types victorious in the left column, with the strength based athletes coming out on top in the right column. Let’s take a  look.

*Apologies to the women’s fields for not including their results. For the sake limiting this already too long article, those results were omitted. But let’s be honest, we all know Rose, Amelia, KK, Corinna, Lindsay, and Claude are going to be winning every race configuration imaginable.

Notice a trend yet? The Runner’s Courses and the Non-Runners Courses are being won by the exact same people! If this is a surprise to you, it shouldn’t be. Science tells us that any race longer than 400m has you using your aerobic system more than your anaerobic system. In fact, by the time you get to an 800m distance, the split is somewhere around 60%-40% in favor of aerobic, while a 5k is a staggering 80-90% aerobic, depending on which expert you subscribe to. While OCR is obviously a different animal than track and field, what we can take from this data is that any race longer than 60 seconds is going to favor the athlete with the best endurance. Our sport does not contain a race with a duration less than 8 minutes. Add in the fact that the average OCR race is 5-8 miles in duration, and you now have a sport that is inherently one of endurance; specifically running. One could even be so bold as to say that the same athletes would win ANY obstacle race from 400m to 40 miles. The order of the finishers would vary distance to distance, but the same 10-15 athletes would feature prominently in the results of every race.

A common complaint from the “Runner’s Course” camp is that a course was too flat, thus giving the advantage to the fastest runners. This seems to be logical. After all, the flatter the course, the faster you can run it. But wait, what about hilly courses? Don’t those same runners manage to run up every darn incline, while the non-runner has to power hike? Indeed, the steeper the terrain, the greater average margin of victory for ‘runners’. On a flat 5 mile course, a strong runner might be able to average a pace of 5:30/mile in between the obstacles. A strength based athlete may be able to keep a pace of 7:00/mile over the same terrain. Ten miles of this puts the strong athlete 7:30 behind at the finish. Now let’s add in mountains. The strong athlete has to walk up the steep hills, and is not very adept at flying down the declines, resulting in a 13:00/mile pace. However, our runner runs every uphill, then accelerates downhill. His pace drops only to 10:00/mile. This time, the runner finishes 15 minutes before the strength based athlete.

At the end of the day, there is simply no way to make a course favor anyone other than a good runner. It is a race, after all! Naturally, the person who moves fastest throughout the course will win. The fastest way through a course is running. Yes, these runners need to build functional strength, but once they do it is game over for the strength athletes. The shortest course we have ever seen in OCR, the Vermont Short Course, was won by Hunter McIntyre. He has also taken 3rd and 5th in the Spartan World Championship Beast, as well as been on the winning team for World’s Toughest Mudder, a 24 event. He may be 190 pounds, but don’t fool yourself, Hunter is a gifted runner. We have one other outlier who appears to break the “runner” mold: Isaiah Vidal. He is built like the former football stud that he was. One look at him and people will affirm that he proves a non-runner can win. I’m sorry to break it to you, but Isaiah is absolutely a runner. Maybe not by trade, but by genetics. He was born to be an endurance machine. I am willing to bet that if Hunter and Isaiah had taken up running in middle school, and worked diligently on it, they would have been D-1 runners. They are that talented. Ask Isaiah yourself if you don’t think he works on his running. Or better yet, talk to his coach, OCR coaching guru Yancy Culp. The biggest change Yancy has made to Isaiah’s program is the addition of real run training, and it has paid off. Isaiah is all over every podium this season.

On the other end of the spectrum you have Max King, Cody Moat, and John Yatsko. All three are incredibly accomplished distance runners. All three have won major OCR events. All three have taken their strength training seriously and are threats to win over any distance and on any course.What this goes to show it that it doesn’t matter if you can complete the hoist 15 seconds faster than a skinny runner if that runner gets to the hoist a whole minute ahead of you. And surprise, surprise, the fastest splits of the day at most races on the “heavy” obstacles (bucket/sand bag carry, etc) come from the “runners”.

How can that be? It’s actually pretty simple. By the time you reach the heavy carry the race has already been in progress for 10-50 minutes. At this point, brute strength is almost inaccessible due to cardiovascular restrictions. You may be able to squat 500lbs while fresh, but what can you do with your heart rate at 180, your legs flooded with lactic, and your breathing out of control? At the same time, a runner may only be able to squat 325lbs, but can hit pretty close to that after a hard 5 mile run because his system hasn’t been taxed too severely. From all this we can come to one conclusion:
MYTH BUSTED.

Our newly gained knowledge tells us that either:

There is no such thing as a Runner’s Course.

EVERY course is a Runner’s Course.

Take your pick. Either way, the solution to this conundrum is the same: Become a runner.
Before the outcry starts, let me assure you that this is absolutely not the death sentence it seems. Gone are the days of the stereotypical “skinny runner”. The connotations associated with running no longer are “weak, emaciated, gangly, or unathletic”. It has been proven over and over again that it is entirely possible to run at a fairly high level without appearing to have stepped right out of an audition for The Machinist. Look at Hunter McIntyre, Matt Novakovich, David Magida, Ryan Kent, Ryan Atkins, Joey Patrolia, Alexander Nicholas. Look at Cassidy Watton, Rose Wetzel, KK Paul, Lauren Ho, Corinna Coffin. These are the bodies you see in magazines. These are also seriously fast individuals. You no longer have to compromise between being strong and being fast!

There is no need to run 80-120 miles per week in order to prepare yourself to succeed in OCR. Some people do it. Looking at you Chad Trammell. But it’s not necessary for 99% of us. You can even get by on 3 days of running each week if you absolutely needed to. I wouldn’t recommend it for everyone, but it’s possible. To succeed in OCR, you need to be doing several things in training. Things that EVERY good racer is doing.

If you can incorporate those four types of workouts into your training, you are doing 90% of what every OCR champion is doing. And the great thing is that other than your Endurance effort, everything can be done in 30 minutes or less. You could run 15 miles per week and be in the top 1% of this sport.

I’ve had a version of the same conversation with dozens of people over the past year or so. It starts with them asking me what they need to do in order to make a podium. It ends with them not wanting to hear that improving their running is the biggest change they should make. Oftentimes, the response is that “I’m just not a runner” or that it’s “not something I’m good at.” Well, that may seem true, but I can guarantee it’s not. Talent is a real factor in running ability, but I have yet to know of a single person who has put in a solid 6-12 months of run training and failed to get faster. It’s no different than anything else in life. Put in the work, and you will see results. It’s that simple. It’s also not glamorous. It’s not sexy. But we were made to be endurance animals, and your body will respond.

So, keep your head up! Running is not something to fear. Nor is it something to resent. If a great runner wins a race, then good on him/her for putting in the necessary strength work to be able to compete in OCR. If a strong athlete wins a race, rest assured they have been working on their running. Get out there, hit the trails, track, roads, or treadmill, and leave behind the myth that running doesn’t have a place in OCR!

If you have interest in learning more about how to train effectively and intelligently for OCR, or even for just running, Brakken and his brother, McCauley, provide coaching for athletes of all levels. Send an email to brakkenkraker@gmail.com and get ready to make a Runner’s Course YOUR course.

4shares
Disclaimer: The viewpoints expressed by the authors do not necessarily reflect the opinions, viewpoints and official policies of Mud Run Guide LLC, or their staff. The comments posted on this Website are solely the opinions of the posters.
By Brakken Kraker|2015-06-18T10:15:05-04:00June 18th, 2015|Op-Ed|7 Comments

About the Author: Brakken Kraker

Father, husband, athlete. Also, Obstacle Racer for Spartan Race, but don't hold that against me ;) Head OCR and Running Coach at the Apex Project.