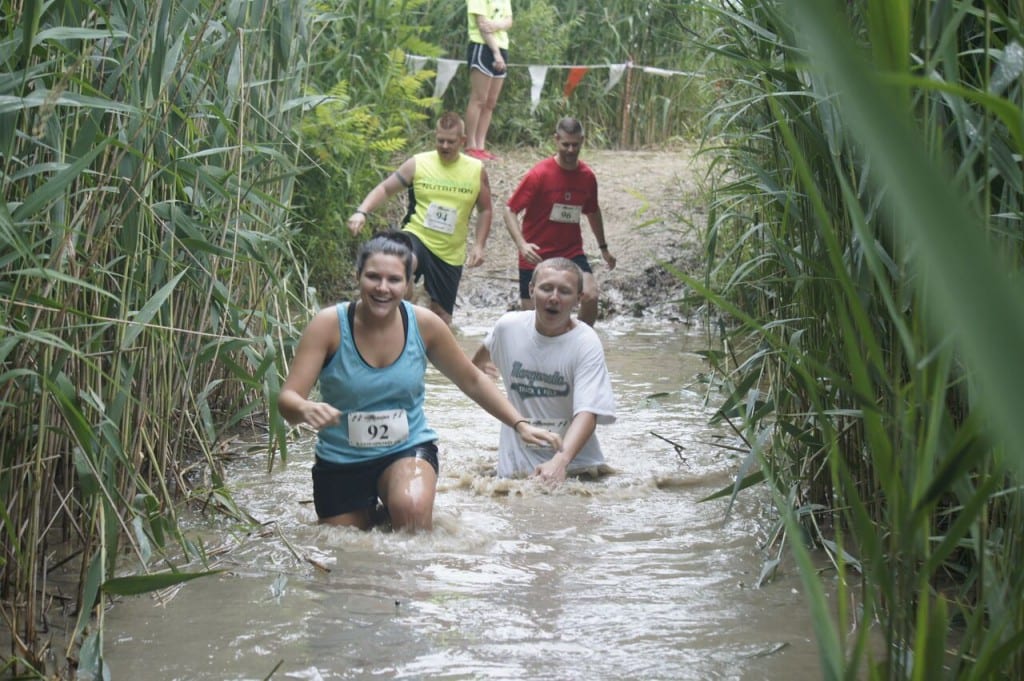 Black Swamp Runner was a small event in northern OH last weekend with a much larger vision. The epitome of “grassroots,” the event is the brainchild of just two people. A husband and wife team of Troy and Sandy Anthony can be credited as the builders, designers, organizers, and any other hat they may need to don on that day to make the event successful. The idea started after the couple ran a Warrior Dash and felt that they had spent too much for the experience, the cost of registration was too high and the challenge was too low-level for their tastes. They were left unimpressed and felt they could have put on a better event themselves, so that’s exactly what they set out to do.

The course is laid out over 3.2 miles at the Ottawa County Fair Grounds. It may all be flat land, but the location makes for some excellent spectating with 70% of the course visible from the grandstands on the fairgrounds’ horse track. During that approximate 5k distance runners are presented with 29 distinct obstacles, including two long stints in the “Black Swamp”. The spacing of the obstacles was pretty consistent as well, never really having too long of a run between each. The constant barrage of obstacles and deep water made the race over simple terrain feel much more taxing and I was surprised at how out of breathe I was when it was time to open up the stride for a bit and get to running. 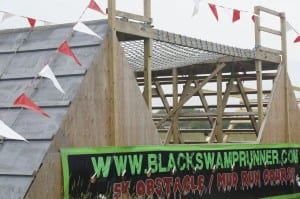 Not only did Troy and Sandy double the number of obstacles they were presented with in their experience at Warrior Dash, they also improved on the difficulty. “Quantity and quality,” they said after the race. 9 of the 29 obstacles on course in Ohio offer two lanes, an easier side and an “extreme” alternate. On these obstacles, the extreme side had a considerable challenge while the other lane was similar to what had been seen at their Warrior Dash. The 9:00 a.m. competitive heat had all participants required to successfully navigate the extreme lane at all obstacles, while in the open heats it was a choice for the racers to make for themselves.

Overall, I’d say that Troy and Sandy have been successful in accomplishing their goal of improving on the Warrior Dash experience and the sentiment was mimicked by the locals I had an opportunity to talk to after the event. All of this is without even mentioning the incredibly low entry fee. This event, “The Dash,” was only less than $40 and all three events at the venue could be prepaid for just $90. That’s possible three quality races, three medals, and three shirts for less than one entry into most other OCRs in the industry. 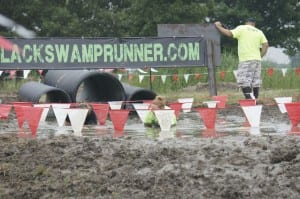 I give Black Swamp Runner a 3 star rating out of 5 and consider it one of the best bang for your buck events in the country. They will need to expand on some of the obstacles to prevent bottle necks if they grow in the future, and I truly hope they do. Last weekend only had 253 runners over 2 days and I find that unfortunate. Those 253 smiling, muddy, people highlighted exactly why events like this are needed in the industry though, many of them were first timers just getting their introduction into the sport.