Who Gives A Ruck? The Art of Rucking 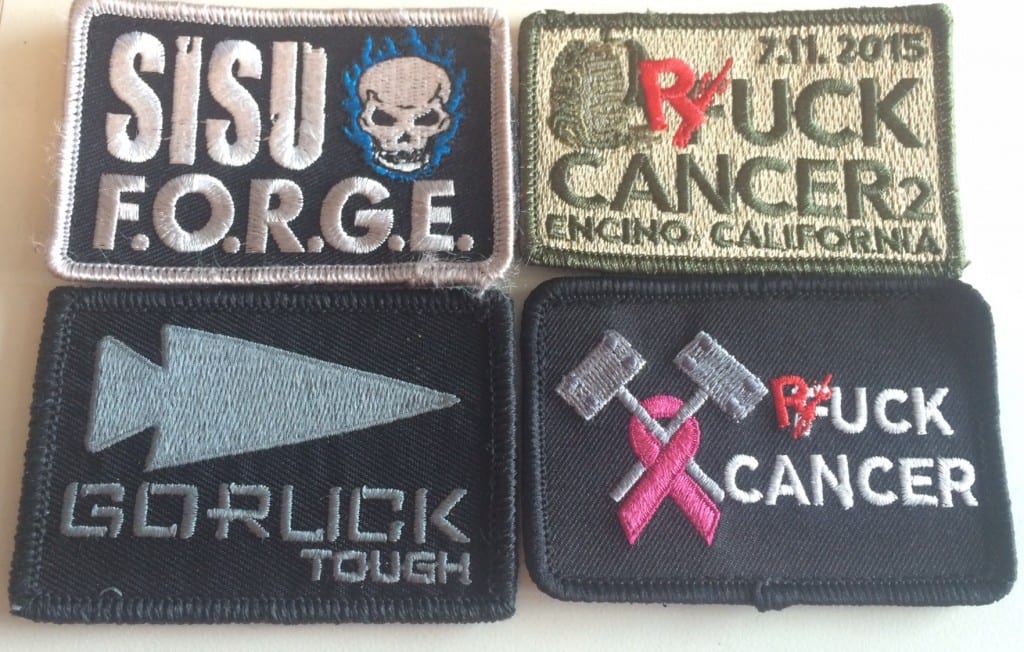 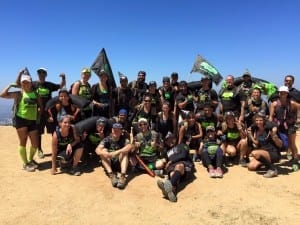 There is a new way to exercise and condition your body in the great outdoors which has been gaining popularity over the last couple of years. You may be a veteran of it, or completely unfamiliar with the term, depending on the circles in which you play. It's called rucking, a term that derives from the military slang for a rucksack (aka backpack). To ruck is also a verb meaning to move with a rucksack (usually with a significant amount of gear), and implies action, energy, and purpose.

The main driving force behind the introduction, growth and expansion of these events is GORUCK, a company founded as a provider of nearly indestructible bags which has since expanded with huge success into events originally designed to pressure test their bags, and now more focused on pressure testing the people involved. GORUCK Cadres are former special forces operatives from all branches of the military who share some aspects of their training with civilians in these events. As is inevitable when an activity starts gaining popularity, they are not the only players out there. Over the last few months, I've participated in several different rucks, from the SISU Forge 13h overnight event in the hills of Griffith Park to a GORUCK Challenge lead by Cadre Flash on the beach and hills at Torrey Pines, to a few charity rucks put on as fundraisers. Most recently, I even had the opportunity to lead a couple of dozen people in one of the latter as we raised money for cancer research.

Although rucks can vary greatly in length and activities, there are a few elements that are common to most. First off, everyone brings weight in their ruck; the amount varies depending on the event, but typically is somewhere between 10 & 45 lbs (not including water). 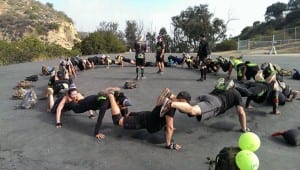 There is usually a “welcome party” of some sort designed to get people sweating a bit and start getting participants to think and act like a team instead of individuals. I've experienced very short welcome parties that just covered the basics, and 2.5h suck-fests that truly tested people's endurance and grit. This part of the event is typically comprised of basic PT (push-ups, squats, burpees, thrusters, etc); either with the rucks on or off, and movement (bear crawl, crab walk, military crawls, partner carries, etc). There will be usually be water elements to add discomfort, and there will be team weights that need to be carried for certain distances – sandbags, logs, tires, ammo cans, or really anything the leaders can get their hands on and bring or find. The more awkward the better. 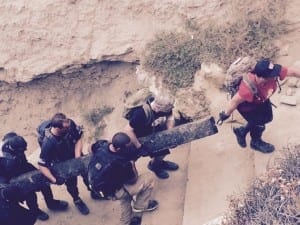 While some elements of a good ruck might be legitimately fun (relay races, games, inventive challenges, etc), other elements are almost guaranteed to be patently unpleasant – cold water submersions, “sugar cookies”, and so on.

As part of the funishment, I've helped build a human dam across a portion of the LA river which could best be described as raw sewage, dragged a big tire for miles on trails that went above the Hollywood sign, carried a 200 lb railway tie up a gnarly stair on a huge hill, and have had to get myself, my team, and all our stuff including a 600 lb tire over a fence without touching the fence. I've had multiple passes through the tunnel of love (much more pleasant without the ruck than with it), crowd surfed, and had to pass all of our coupons (bonus team weights) along a human conveyor belt for about a mile. When I recently lead the charity ruck, I in turn incorporated a water crossing through a fairly nasty pond, and gave the team an impossible task of moving the biggest tire I've ever encountered: a monster with a 7'3″ diameter that we later Googled at ~1970 lbs. Amazingly, the group rose to the challenge and used a little basic physics to help get it upright and rolling. 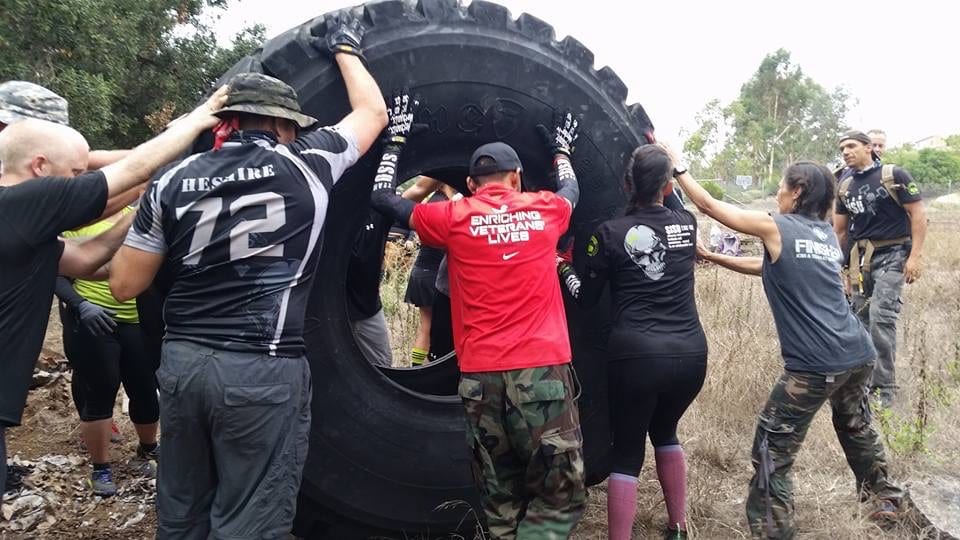 What must be understood here is that there's a reason for the unpleasantness. It is not just because the leaders are sadistic or like to see you suffering (I won't rule it out, but I do think they have a much deeper reasoning). There is deep bonding in shared suffering; it breaks down barriers between people and shows off your weaknesses. Rather than exploiting them, it is up to the team to compensate and help each other through the worst of it. If one fails, the whole group has failed. This strategy of building units through shared suffering has been used widely and effectively for many many years, from fraternity type hazing rituals to “Hell Week” in Navy Seal training: those who pass though the crucible become brothers. 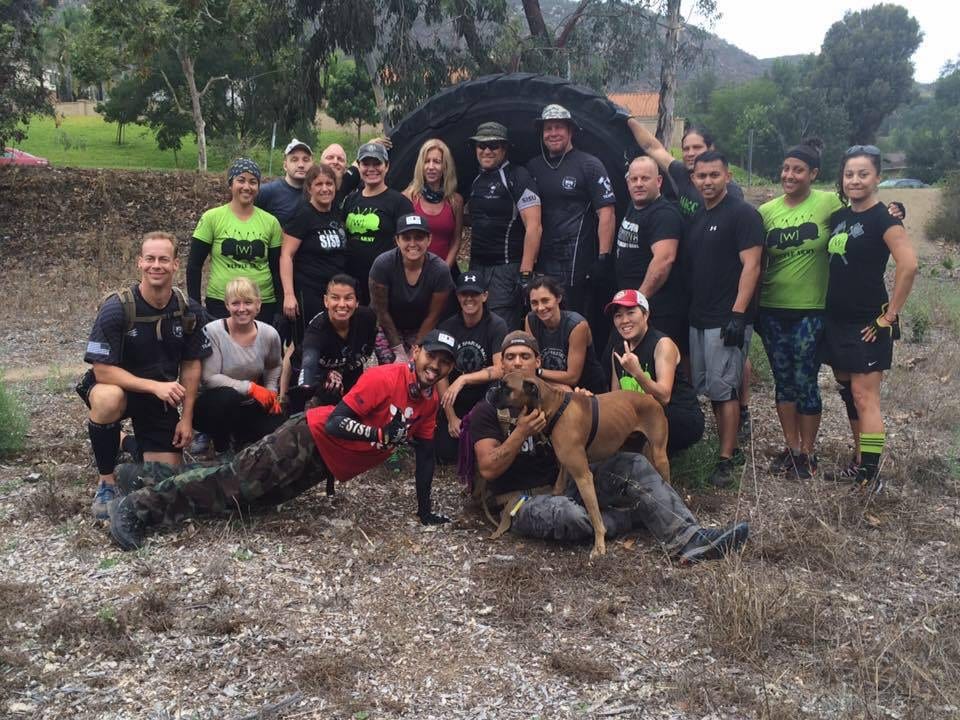 In practice, hiking with weight is only the smallest and shallowest part of rucking; it's about overcoming the challenges or obstacles placed in front of you, working together as a team, and bonding with others through shared hardships and difficulties. The true purpose of doing these types of events is to change your frame of reference, so the petty BS that assaults us all on a daily basis is seen as just that: petty and insignificant. It takes a special sort of individual to “embrace the suck” and come back for more, but it is through this process that we find our limits, and in finding them, push them further and grow as an athlete and a person. If you're looking for a way to improve your grit, determination, and endurance, you'd be hard pressed to find a better way than by signing up for a ruck.