Obstacle Course Racing in 2016 and Beyond – Olympic Sport, Accreditation, Safety Hard to believe that the sport of obstacle course racing (OCR), as we know it today, is only seven years old in the United States.  In the afterglow of the Obstacle Course Racing World Championships (OCRWC) and the upcoming “off-season” for US OCR races, it seems an appropriate time to look at where the sport is right now and what is brewing for 2016…and beyond.

One thing that is very clear…standardization and general cooperation between OCR race promoters is anything but on the horizon.  Despite the wildly popular OCRWC with some of the larger OCR developers providing their iconic obstacles and support, most race promoters are going about business as usual.  Each has its agenda, setting it's standards and providing its level of safety.

In fact, during the last few weeks and into the next few, there will be at least five “World Championships”…in the US alone!  I'm counting the World's Toughest Mudder (WTM) here too.  Although their regular events are challenges, not races, WTM is a prize-money, time/distance measured race.  More than one championship provides much fodder for arguing who is the best OCR athlete, but doesn't produce one.  Elite racers are more likely to attend one championship over another as a result of prize money offered, as opposed to the championship's legitimacy.

At one of the championships there was another surprise… at least to many… a meeting of the International Obstacle Racing Federation (IORF).  The IORF has put itself forward as the governing body of OCR worldwide…one of the requirements for becoming an Olympic event by the way.  In reality, OCR in the Olympics is likely a decade away… at best… and if ever.  However, as both Mary Helen Sprecher and Kelly O'Mara pointed out in their articles, appointing yourself the governing body doesn't make it real.  Without the cooperation of all the principal players, it's an empty body with no industry influence. 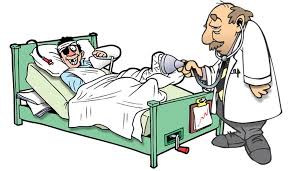 One aspect of the sport that will also come under increasing scrutiny is racer safety.  An issue that comes to light from time to time when serious or even fatal incidents occur on the OCR courses.  At the moment, each race decides what level of risk is acceptable on the course and individual obstacles.  In addition to a potential oversight Federation, the industry may see governmental agencies step in to examine these practices as the sport's popularity grows.  They would be much better off to take practical, significant steps as an industry than to have federal, state or (worst yet) each local agency setting rules.

Here again, the OCR industry may be a victim of it's own, cultivated image.  OCR began as a test of mental and physical toughness, and this persona has continued to escalate in most of the major races.  But just as the NFL has learned a painful lesson as a sport, this cultivation of ignoring pain and even injury may cause a backlash against OCR and certainly would not advance its Olympic prospects, not to mention it's popularity.  Most races know which obstacles are causing the most injuries…and how severe.  And a racer that chooses to continue in any sport after a serious injury on the course has that right…provided that they do not pose a hazard to others.  But as some racers have ‘boasted', continuing a race after being rendered unconscious or even suffering a potential concussion is endangering both the athletes' health as well as the safety of other racers and will not be tolerated by any governing agency. 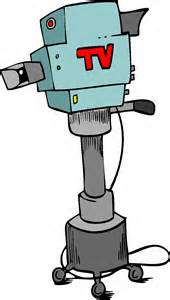 2016 will undoubtedly see race promoters continue to scramble for that elusive TV friendly OCR coverage.  Except for the BattleFrog College Championships, most of the coverage has been from the Reebok Spartan Race TV relationship resulting in Spartan Race events receiving several hour-long race recaps.  However, whatever you may think of these shows as a representative of the OCR experience (I'm not a big fan personally) no one has yet developed a real-time OCR viewing methodology.  At least not in the US, although I did hear some promising developments from one of the European OCR race promoters at the OCRWC.

Along these lines, we're also going to see promoters continuing to expand the types of races they offer.  Arena races…sprint relay races…team relay races.  We'll also see a continuing segmentation in the market as different race contingents demand more races to meet their particular needs, from first-time entry races to the more challenging elite courses.  Rumors even talk about the OCRWC offering multi-distance races at the 2016 championships…as we see in track and field.

One last development that will be fascinating is the increasing input of the OCR community in shaping this fledgling industry, as the #OCRUnited movement was a factor in the creation…and success…of the OCRWC.  OCR racers have been banding together for years now in numerous online communities, primarily on Facebook.  Right now, there's no central source for accrediting races….no single, reliable source to ensure the safety or even whether the race is worthwhile to attend.  These communities are independently creating feedback systems…one even set up its own program to encourage participation in local/regional races.  As these groups evolve, they will influence the OCR industry in many ways, eventually providing some of the over site and de facto accreditation the industry has yet to implement.

To paraphrase a movie line “OCR racers will wake up one day and realize…they are strong”.  And that will be a great thing for OCR!!

Obstacle Racing: The Next Olympic Sport?

0shares
Disclaimer: The viewpoints expressed by the authors do not necessarily reflect the opinions, viewpoints and official policies of Mud Run Guide LLC, or their staff. The comments posted on this Website are solely the opinions of the posters.
By John W|2015-10-29T09:58:37-04:00October 28th, 2015|Op-Ed|2 Comments