There was frost all over everything the morning Justin Falls was preparing to conquer the South Carolina Spartan Beast – the final piece to getting his first Trifecta. But it wasn’t just his first – it was the first ANY quadriplegic had ever received. And he did not take that honor lightly.

Justin woke up in the hospital about nine years ago, after just entering college. He had fallen off a fire escape while messing around with some friends and partially severed his spinal cord. He knew his life would be very different from that point forward, but he refused to let it be over. 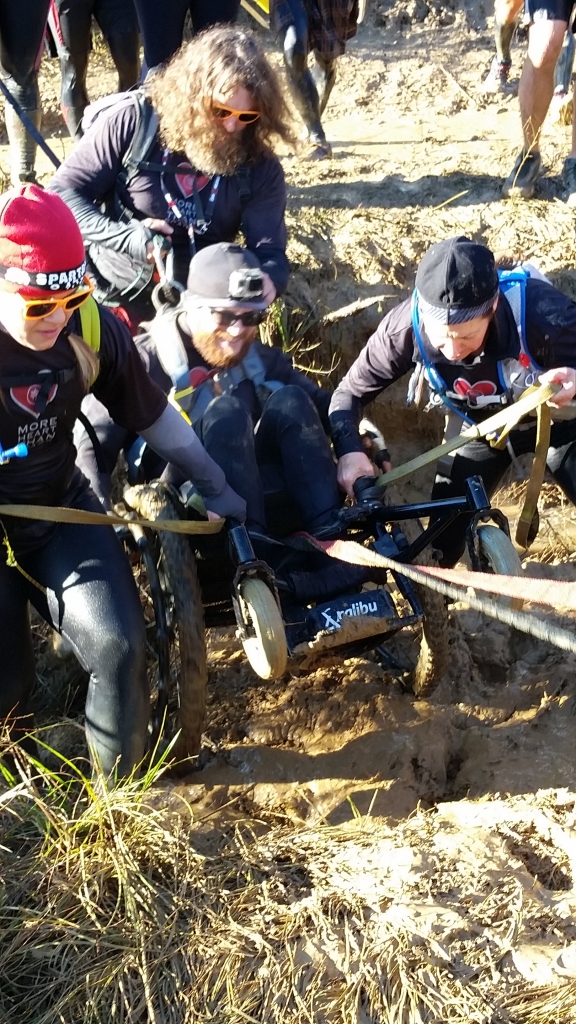 While at the Renaissance Faire in 2013, he met Zackary “Nubs” Paben. While he, in a wheelchair, and Zackary, missing seven fingertips jousted – creating quite a visual – Zackary told him he would like to take Justin through an obstacle course race. Justin was fascinated…and agreed. Just a few weeks later, with the help of Zackary and a group of people from his incredible organization MORE HEART THAN SCARS, Justin became the first quadriplegic to complete a full Tough Mudder – including the majority of the obstacles. He was hooked and wanted more.

MORE HEART THAN SCARS is a Not for Profit organization born from Nubs’ desire to help others rise above their physical, and emotional struggles and accomplish things they never thought would be possible – something he struggled heavily with in his life. At ten years old, Nubs lost his fingers in a pulley and turned to drinking to deal with the pain, external and internal at a very young age. Now sober, and with a degree in psychology, Nubs and his wife Wendy spend every spare moment of their time on their organization, reaching out and helping anyone in need of turning their lives around and finding their path to a better life. With the call of “More faith than fear, more love than hate, more hope than despair, More Heart than Scars”, they offer not only training and adventuring but also education and communication. With a massive outreach to those dealing with depression and internal battles, their goal is to help heal those scars that are not only visible but invisible. 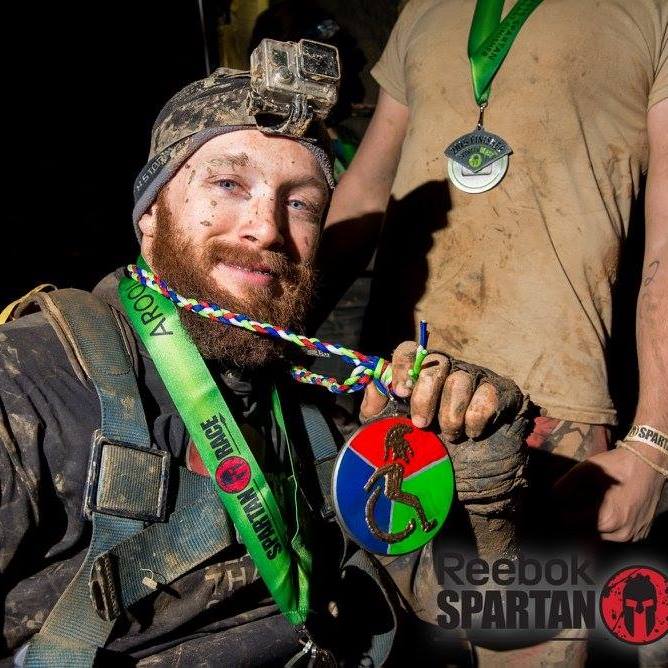 So on that freezing Saturday morning, Justin, strapped into “Xcalibur” (A custom made OCR wheelchair designed by “Chasing” Michael Mills and paid for and gifted to MHTS by Spartan Race’s own Joe De Sena) Justin made his way to the starting line with his impressively organized group of team members. The contraption is elaborate, with straps coming from the front, sides and back, creating support, assistance and safety to Justin as he deftly navigated the course. The team took him up over cargo nets, through mud and water, over walls and under barbed wire (with the assistance of a medevac litter they seamlessly transferred Justin onto). Obstacles one would think they would have to skip, they found a way to complete. And at every stop, racers cheered, helped, were moved to tears, or moved to put a little more hustle in their step. One racer remarked as they watched the team go by “I just lost my ‘I can’t.'” And that, in essence, is exactly what Zackary and his team want to accomplish every time they go out on the course.

It was way past dark when the team crossed the finish line. They had been on course for over eleven hours, but not a single one of them showed the slightest bit of the exhaustion they must have felt. The festival area was all but deserted, but their joy took over the entire space. Justin was not the only one crying triumphant tears as he was given his medal. It was a team effort, from beginning to end, and he knew that better than anyone. In Justin’s words, “I am living proof that the barriers we encounter in life are not impossible to overcome. We are so much more than the scars we carry.” For those who witnessed Justin, Zack, and More Heart than Scars out on the course that day, they would have a tough time arguing that statement.

For more information about MORE HEART THAN SCARS, please go to their Facebook Page at: https://www.facebook.com/MoreHeartThanScars/?fref=ts 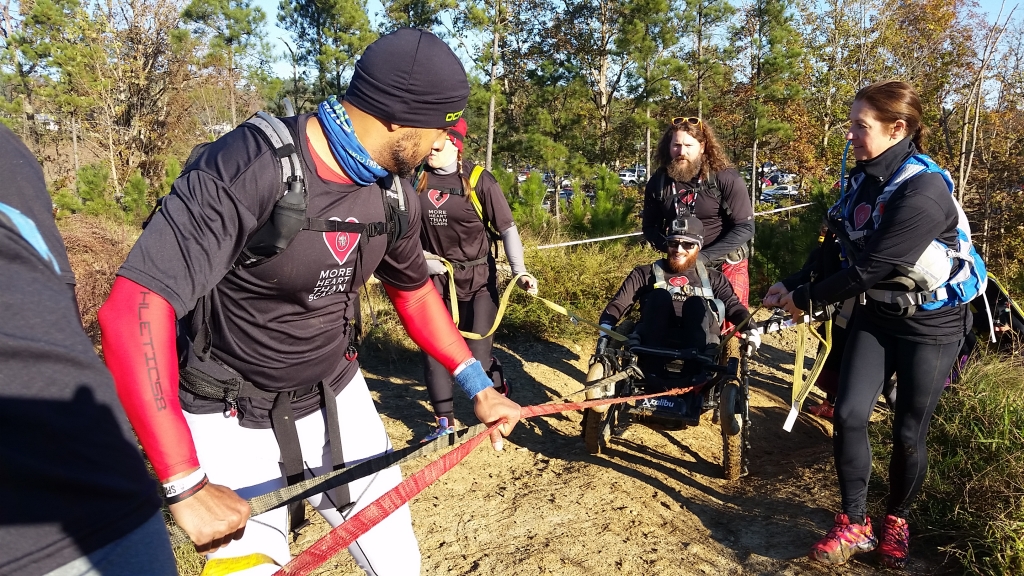