BFX24: Going to the OCRX Extreme For all of Mud Run Guide's Coverage of BFX24, Click Here.

BattleFrog Series launched another first over the weekend for the obstacle racing industry with BFX24. This 24-hour obstacle race or OCRX took place at Virginia Key Beach just outside of Miami, Florida. Over 120 athletes toed the line on Friday afternoon in preparation for the one of the toughest 24-hour obstacle races to date. Athletes from around North America and beyond took on this 5-mile looped course with 26 obstacles. This small group of athletes would be joined on Saturday morning by over 4,000 participants looking to take on the BattleFrog Miami course marking the first time in the sports history a 24-hour obstacle race and a regular series race is run at the same time. 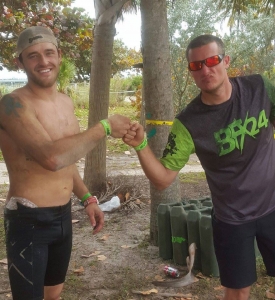 Over a year ago, several members of BattleFrog came up with the idea of BFX. For a while, the event sat in the office as just an idea until David Moore took ownership of it and brought it to the races.  The 8-hour BFX created a race format for those looking to push it to the extreme and see how many laps they could complete on a BattleFrog course throughout the normal race day. Racers wanting to take on several laps of a course is not a new concept but BattleFrog was one of the first to create a race format for this subset of racers looking to go the distance.

Shortly after BFX was launched Moore had another dream to expand the BFX race into a 24-hour format. Moore got his wish sooner than he initially expected and once approved enlisted Ryan Atkins to create the course and act as Race Director for the event under the guidance of Christopher “Beard” Acord. Unlike other 24-hour obstacle races in the past BFX24 would have one very distinct difference, come Saturday morning the racers would not be alone on the course but joined by about 4,000 competitors looking to take on the open heats. This would be the first time a 24-hour obstacle race is held at the same time as the brand's regular race offerings. 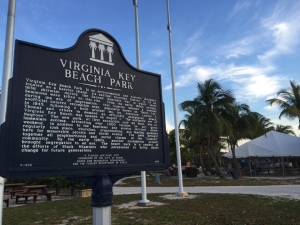 The historic Virginia Key Beach played host to BFX24 and BattleFrog Miami. The park allowed for Moore and Atkins to get creative with the course mixing in packed trails, open fields, mountain bike trails, and the soft sandy beach creating varying terrain to tax racers. The obstacles were the traditional BattleFrog obstacles, including two Platinum Rigs, Tip of the Spear, Weaver, Monkey Bars, Hooyah, and lots of walls of varying heights and shapes to name a few. Many BFX24 athletes remarked the obstacles were not as grand looking as another 24-hour race, but the difficulty of the obstacle made for many fatigued athletes.

The layout of the course had the racers pit area about a quarter mile from the start and finish line and allowed a unique pit area actually on the course and allowed racers to park right next to their pit. BattleFrog also provided pavilion space for the “Ophan Tent” (space for athletes who do not have a crew to get food and aid from a group of volunteers).  The Ophan tent included power outlets for hot food to be made during the event. 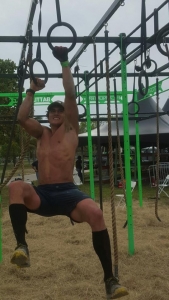 Racers gathered at the start line just before 5 pm on Friday afternoon for a race briefing. After some race rules and a rousing speech from Coach Pain, the athletes were off. A quick lead was taken by Van Tran and Austin Azar on the men's side. On the women's side, Morgan McKay took a quick lead. These would continue to be the leaders throughout the entire race. Running in second for the first half of the race was BattleFrog's Lindsay Webster.

The rules for BFX24 included a number of mandatory obstacles (some of which participants could assist each other) as well as multiple carries. A few of the obstacles had a penalty loop if you failed the obstacle, some of these penalties evolved throughout the race as race directors wanted to keep it exciting for participants.

Early on in the race Tran and Azar fell into stride together and ran over half the race together before Azar broke away on Saturday morning and would go onto to win the race. On the women's side it was McKay the entire race, she lead from the first lap to the finish line. 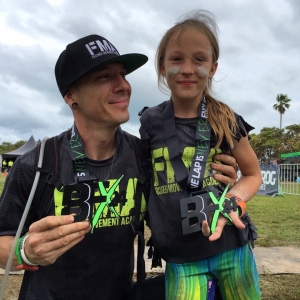 For the rest of the field racers would jockey back and forth for much of the race. Mark Jones ran in third for the majority of the race, only to be passed on his last lap by Matt Hanson who captured third place. On the women's side, the top athletes would move around throughout the race. Webster finished her race early on Saturday morning, which opened up the race for other women to creep into the top three. In the end, BattleFrog's Sarah Watson took the second place spot after passing Adriane Alvord on the last lap of the day.

Finally, also notable is the 9-year old Milla Star Bizzotto finished the 6 laps she had set as a goal before the start of the event. This 9-year old left an impression on everyone at the race. 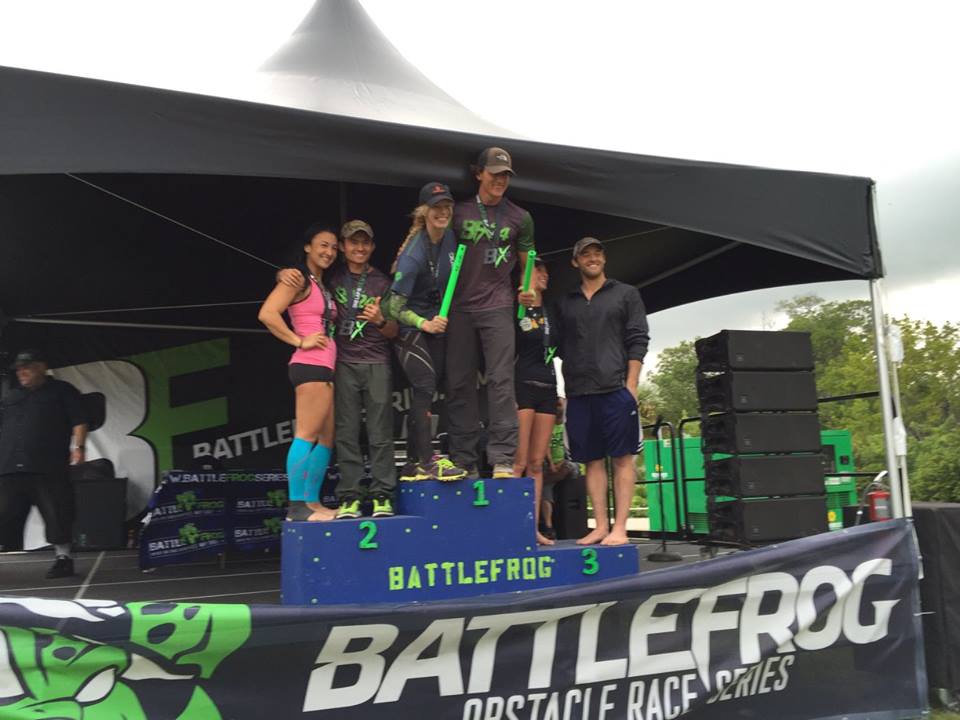 Overall, the team at BattleFrog put on a world-class 24-hour obstacle race aka OCRX over the weekend. They made history hosting the first 24-hour OCRX while at the same time running their regular Saturday race. The combination of athletes on the course made for a unique dynamic for all the athletes. The reviews from participates have been glowing so far and continue to be positive. BattleFrog has yet to set a date for the next BFX24 and will be sending out a pre-registration announcement soon for a future event.