Race Recap: Warrior Dash SoCal – Are They Even Trying Anymore? In 2012, my wife Anne and a couple of her friends did a Warrior Dash as one of her first obstacle course races.  At the time, I was sidelined with an injury, and although I've done dozens of different OCRs in the intervening years, I had never done a Warrior Dash before last weekend.  As a result, I was excited to give this one a try, as I've heard for years about Warrior Dash being one of “the big three” and the “gateway drug to OCR”.

Arriving early at Prado Regional Park in Chino where we had last competed in the LA BattleFrog a little over a month before, 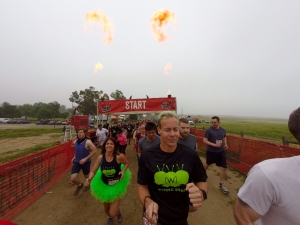 the contrast was clear. Where BattleFrog used the full park with obstacles evenly spaced throughout, Warrior Dash was relegated solely to the west side of the lake.

Warrior Dash boasted “12 epic obstacles”, a number significantly lower than most obstacle races.  To say that this was a “runner's course” is a massive understatement; there were no obstacles whatsoever for the first third of the race – over 1 mile was a simple trail run.  Of these 12 obstacles, 2 were simple mud pits (one of which was basically empty and the mud could be readily hopped over), 2 were short barbed wire crawls, and a couple of others (tunnels & over/unders) were underwhelming. Leaving about 5-6 “interesting” obstacles, the best of which were Fisherman's Catch – a play on a Multirig with a cargo net un 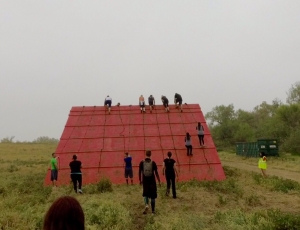 derneath, and Goliath – a big waterslide right near the finish line.

I've been trying to come at this race with “beginner's eyes”, and it was clear that most were having fun during the event.  Objectively, though, I have trouble comparing this race favorably with other races on multiple levels.  The warmup emcee in the start corral was stiff and lame when compared to masters of the craft like Sean Corvelle of Tough Mudder, Dustin Dorough of Spartan Race, or Coach Pain from BattleFrog.  It was clear that he was way out of his element while sending off waves of racers. 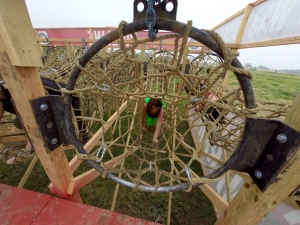 In terms of the obstacles and the layout, it's not just the big players in the world of obstacle racing that outdid them. In my opinion, they were also put to shame by races like Rugged Maniac, Terrain Racing, Gladiator Rock n Run, and even the Del Mar Mud Run.  Speaking with racers who ran their event in 2015, it appears that they scaled back a number of their “scarier” obstacles – possibly for safety reasons, but this left them with precious little challenge to offer even casual racers.

It doesn't surprise me to learn that Rugged Maniac passed Warrior Dash in terms of attendance in 2015. There was close to zero marketing for this event, and many of my OCR pals were unaware that they were even coming to town.  As of the Friday before the race, it was less than half sold.  With fairly hefty registration fees, somewhat offset by complementary parking a 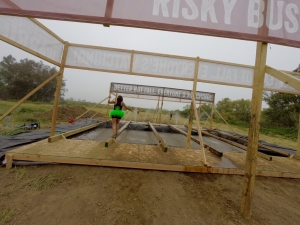 nd bag check, and no Groupon offers, this wasn't surprising.  A number of other races simply offer much more value for your racing dollars.

The one place that I felt Warrior Dash excelled, and beat out much of their competition, was in the festival area.  They had multiple activities here to keep people hanging around after their race was over, including (pork?) wing eating contests, push-up contests, best beard, best costume, and so on. They had Shock Top for their finishing beer, and offered it in multiple varieties, and the music kept the place hopping.  Even here, there was mild disappointment from Warrior Dash veterans as they no longer offered their iconic turkey legs. 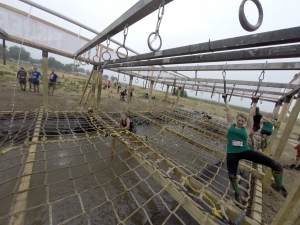 However, as fun as the festival was, it wasn't why we were there.

Did we have fun at Warrior Dash? Of course we did, but I attribute that far more to the company and the beautiful venue than to anything in particular that they had to offer.  Between the poor marketing, the lackluster obstacles, and the sparse offerings at the merchandise tent, you have to wonder if Red Frog Events, who owns Warrior Dash, even cares about the brand anymore, or is content to let it slowly sink into obscurity and irrelevance.

Use discount code WD2016MRG for $5 off your Warrior Dash registration!