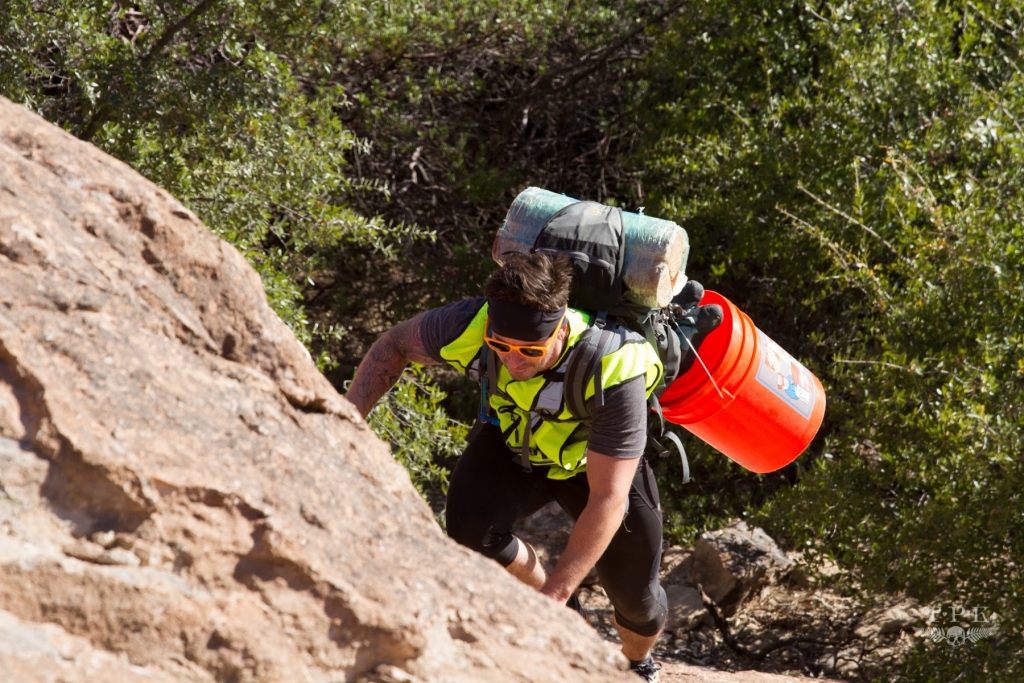 TPK was a multi-stage Adventure Race with elements from Obstacle Races and the Death Race, held about an hour east of Phoenix. Most racers competed in two-person teams (mandatory male/female), but there were individual competitors as well. Tasks ranged from running to rock climbing and rappelling, to heavy rucking, orienteering, balance, grit, strength, and critical thinking. The terrain was a factor as well, the trails had solid elevation change and were pretty rocky. 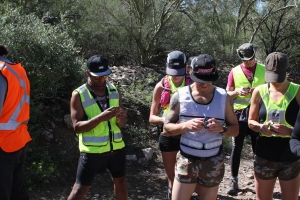 The race was tough but fun, mostly because of the exposure to so many things I’d never tried before. I’d estimate 80%+ of racers (including myself) had never climbed outdoors, rappelled, or navigated by compass. A Racer’s Guide went out one month before the event with a headed up on the basic skills needed to complete the race and included some pre-race assignments that had to be done before arriving at the start line. It also included a gear list and a general outline of each stage and scoring, but not many details on the specific tasks. Some gear list items made everyone go nuts with speculation, like the Rubik’s cube because Race Directors would not answer whether we would have to learn how to solve them without aid—but they did give hints that we should.

The month or so leading up to race the chatter online increased with racers sharing their guesses on what we would be doing, tips on how to complete the more difficult tasks that we were told to prepare for, and of course, some trash talking. It was nice having an idea of the people/personalities that would be there and helped everyone start to get to know each other. The night before the event was a pre-race dinner that everyone was invited to. Unfortunately, I was not able to fly in early enough to make it, but heard most racers were there. 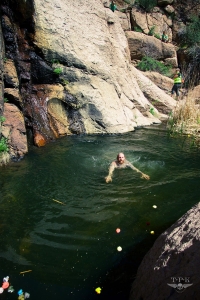 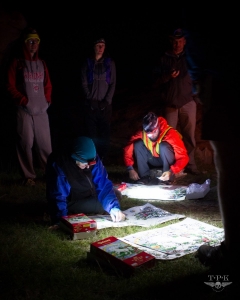 The race was formatted in stages, and the winners were determined by points, not by getting to the finish line first. So strategy was important. The utility athletes who could do just about everything obviously did well since they could score points in every stage, but the Race Directors did leave the door open for others to catch up. For example, someone who wasn’t as fast could skip the bonus stages and try to maximize points at each regular stage, and someone who felt they would not be able to get many points at one stage could do the minimum and move on, and hope to make up for it later.

Not knowing what the tasks would be in the next stage, or how many points they would be worth until you got there made it tough to decide the best move. You could end up leaving a stage without maximizing points just to show up at the next one and have it be even more difficult. That was also part of the fun, though. There was a lot of discussion among racers on what the best options would be, but everyone was in the same boat not knowing how each decision would affect them down the road. 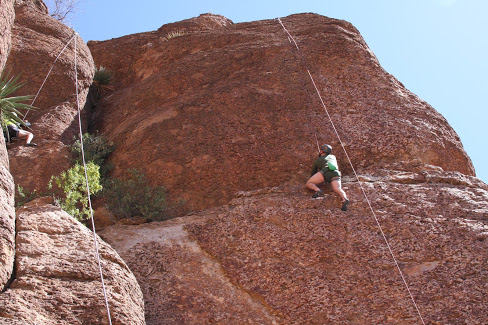 The most difficult part of the race for most people was probably the rock climbing. There was a professional climbing service overseeing the routes, and the guides were great, they made me feel safe and willing to try routes a bit above my skill level. The easiest route was not worth any points, but still a minimum requirement to go on. Considering how scary rock climbing can be for beginners and how different it is from indoor climbing, I liked that they required everyone to complete a route if they wanted to continue. They made people face it, even if they were scared. 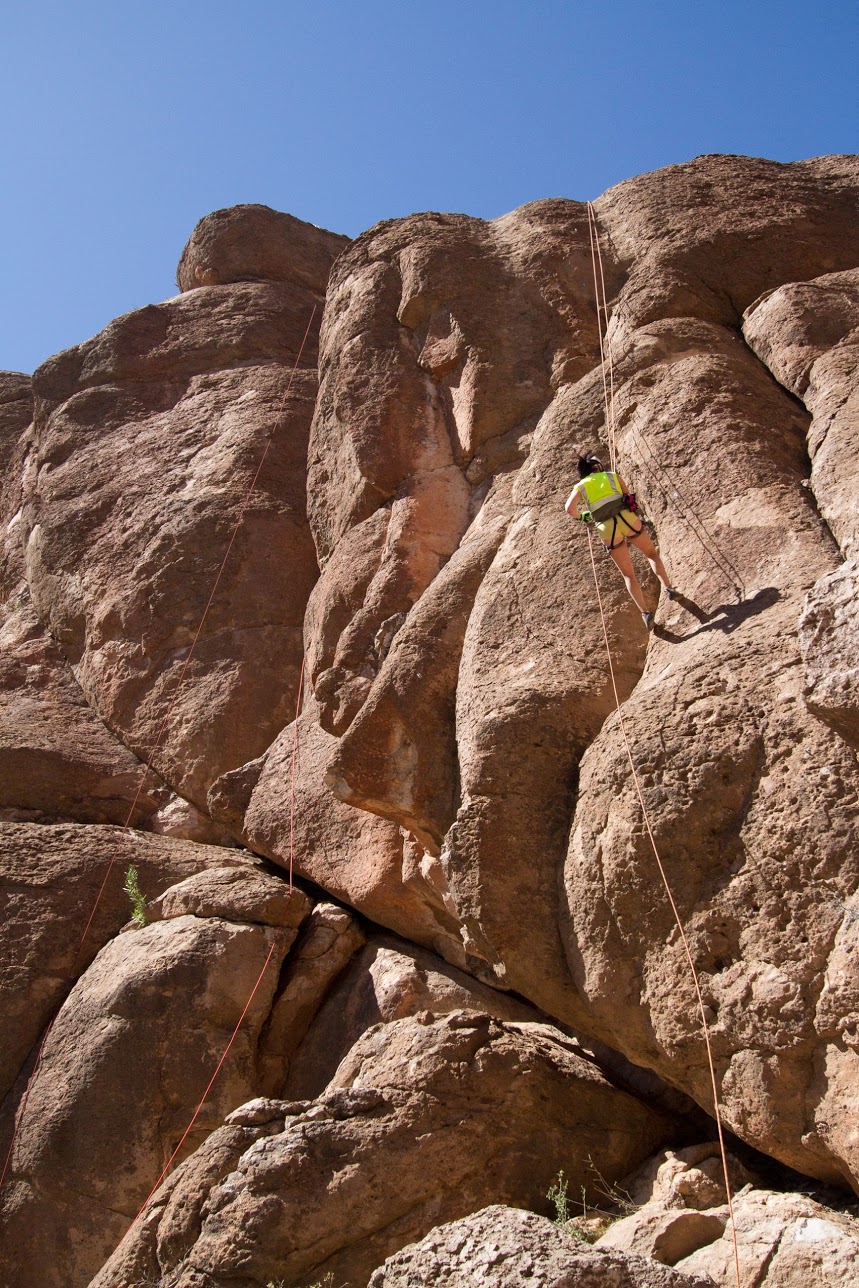 After 18+ hours of running around the trails, completing tasks and hoping not to get lost, everyone eventually made it to the end point where we huddled around a large campfire as the sun came up. Then there was an enormous surprise; the award ceremony was a wedding! The Race Founders Brandon Welling and Odette Wiebold were married by Johnny Waite. It turned out the race was a means of getting their friends together for a surprise wedding but went so well that there will be a TPK II next year. Despite it being their first go in running a race of this magnitude there were relatively few mishaps. A few people did get lost, and there were some minor miscommunications about the tasks, but overall the Race Directors and volunteers did an excellent job making sure it went as intended. 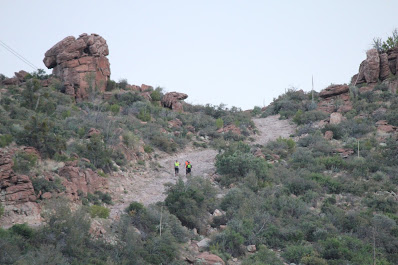