Early this morning athletes around the United States got an email from Spartan Race's Robert Coble that would change the game forever for many athletes. The email received indicated that athletes would be no longer allowed to kick bells on obstacles like rope climbs, multi-rigs and more. The email which is currently reverberating around the obstacle racing industry is marking an end of an era. Coble's email stated this morning.

“Kicking of bells on obstacles will not be allowed in future races. In some cases that has put athletes in dangerous head-first situations.

Obstacles will be designed [to] allow the bell to be reached by hand, but will not become easier to complete.

Common obstacles this affects, but not limited to include: Rope Climb, Monkey Bar, Multi Rig.” 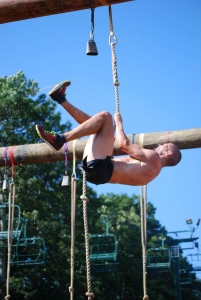 History of the Bell Kick

Hobie Call was the first to introduce the now famous bell kick to Spartan Race in 2012 at Fort Carson, Colorado. Initially, Call began kicking the bell to add some showmanship to the race and eventually it turned into a move to shave time off completing the obstacle. As the years continued more racers adapted this “Hobie kick” and it has become a staple move among many racers.

Call Kicks the Bell for the first time in OCR History at 2:01 into the video in 2012 while racing with a weight vest.

End of the Kick 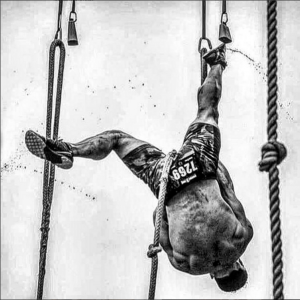 This is all part of the evolution of the sport. This latest rule change is for the safety of all racers. This morning we spoke to Spartan Pro Team member and one of the founding Spartan Race Officials Kevin Donoghue, he indicated that over the years he has seen the evolution of the bell kick. While Donoghue noted he would miss the kick he also saw athletes attempting this move who did not have the strength to complete it and risked potential injury while trying to mimic top athletes. Similar to other professional sports, rules are often tweaked and changed for the safety of the athletes.

We reached out to several members of the OCR community this morning to gage reactions to the news.

Brakken Kraker this morning said, “I don't love it [the rule change], but I have been expecting something like this for a year now.” This sentiment has been echoed by many athletes this morning. Donoghue expressed the same feelings saying the bell kick brought creativity and excitement to the sport and is sad to see it go but understands safety is a concern.

Rose Wetzel said this about the change.

On one hand, it's a bummer because it feels thrilling to fly up high and it feels satisfying to give the bell a strong kick. On the other hand, I understand it's a safety issue if the centrifugal force of swinging out and up for the bell could cause one to lose their grip and land on their head.

In a way, I kinda like the challenge of having to rely on upper body strength throughout the length of the rig, rather than being able to opt out of the rig's last part (or parts, depending on how tall someone is) by swinging long/high and kicking.

We reached out to the inventor of the bell kick, Hobie Call,

On a personal note, it's sad that I can no longer kick the bell with my foot on the rope climb. As for obstacles such as the rigs, I can see the safety issue, and agree with some others that in some cases it allows you to “cheat” the obstacle. So, it was fun while it lasted, but to keep the rules simple, the obstacles safe, and completed as intended, I can support the rule.

“Change is inevitable for the growth and development of the sport.” 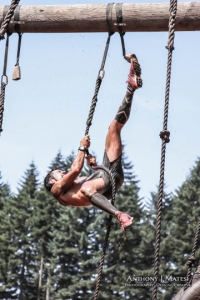 This may not be a popular opinion but I can understand why Spartan has eliminated kicking the bell as an option during races. I'm confident it was a decision based on reducing the chance of serious injury at races. As a Coach/Trainer, I'm constantly evaluating every single training session (in person or online), group workout, and local competition I put together for my clients. The number one goal of mine is to design everything in a way to maximize sports performance benefit while also doing everything I can to prevent injury. In the case of Spartan, I'm confident they want to provide a badass mental and physical fitness experience while also managing risk of injury where possible.

This decision will definitely make certain obstacles harder to complete for some. There are bell kickers for show and there are bell kickers who do it because they don't have to release one hand from that double hand death grip they have on that last handle before the bell on the rig. They just barely made it to the end and releasing that hand would mean immediate fall to the ground.

Personally, I'm always managing risks out on course. I'm always trying to see where there is high risk of injury and the rope climb is definitely a hot spot. I don't want to be hanging upside down when my grip decides to fail me and I'm sure Spartan doesn't want anyone hanging upside down because the risk of breaking your neck goes way up. Sprained ankles & knees happen every race and will never make the news but broken necks are a different story. Very bad for the person involved and definitely bad for our sport. Spartan and every other race organization wants to see every single racer get in their car and be able to drive home to their family after the race is over. No race is bigger than this most important part of life. Minimizing the risk of serious injury is a good move.

While everyone can agree on safety as the biggest concern when it comes to racing but what is lost in the process? The overarching theme from athletes this morning was a mixture of sadness for a beloved movement and acceptance of the rule change. Many also expressed the same feeling of loss of creativity in obstacle completion.  This brings up the question as obstacle continue to evolve, change, and become more standardized will the sport of OCR lost it's creativity and flair in obstacle completion? Time will tell. 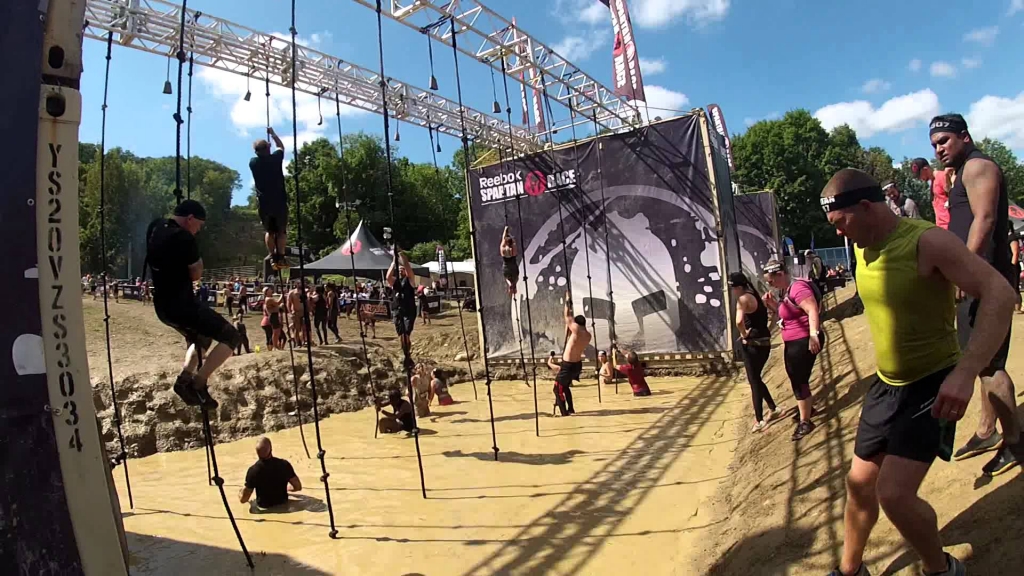 For now, we can remember the fun times kicking the bell and continue to practice grip strength to make that last pull or bar.

Mud Run Guide just got off the phone with Joe DiStefano the Director of Sport for Spartan Race. DiStefano shed some more light on this emerging story. The current rule change is a “test” for Spartan Race as they continue to move forward towards OCR and Spartan Race becoming an Olympic Sport. For now, the rule will stand as state above, but as DiStefano pointed out the rule may not stand forever. Spartan Race is currently experimenting with how this rule change will affect the race and will effect standardization as they move towards creating an Olympic sport. So time will tell if bell kicking is gone for good or just gone for now.