As a wrestling fan, I have been pretty excited for the debut of; “American Grit”, which is the newest take on an OCR based reality show. For me, this is my two favorite worlds colliding. The show starts with meeting the cadre. Each cadre (coach) is a former member of a branch of the US Armed Services.

The cast broke into teams of four. Each member of the winning team, who is still standing in the end, will win 250,000 dollars. Before team selection, each cadre got to put the cast through their paces.  Cena explains that what sets this show apart is there no voting anyone off, the only way to be eliminated is to ring the bell and quit.

After the teams had decided; they got the chance to get to know each other in the military style barracks they are residing. The first challenge in each show is the Evolution.  The team that finishes first is safe for the week.

The first challenge looked familiar to anyone who has done a Spartan Race Hurricane Heat, GORUCK, or Death Race. Each team had a log they hauled through a wooded course. If they dropped the log at any time, they would face a penalty. They took the log over and under through holes in walls.  Many of the teams struggled with communication early on. Once they got through walls, they needed to take the log three miles down the trail to their next obstacle where they had to use teamwork to cross a 6-foot divide without either the log or their bodies touching the ground. Team Noah was towards the back early but figured this out quickly and took the lead. Team Nick struggled with keeping it together and fell back. 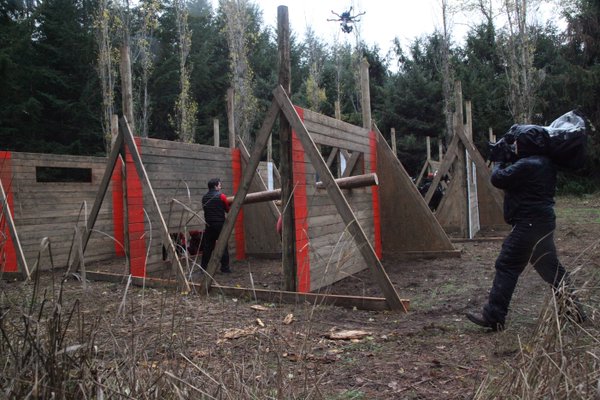 After the divide was a final obstacle. They needed to add up the years of their birth to figure out the combination to a lock. Once they unlocked the lock they could put their log in the hole. Team Noah won the evolution. Cena explains that the losing teams need to nominate one member of each team to face the circus, a military-style obstacle course.

Team Noah came together quickly in the barracks and found things in common that could drive them to be stronger.  Among the other teams, strong personalities came out including Maria and Chris getting into an argument about fitness modeling. Only one episode in and Chris was rubbing people the wrong way.

Cena meets with Team Noah and brings them a steak lunch. This team seems to be the most of truly “together”.

Cadre Tee meets with her team. The team immediately points at Tee as the reason they did not win for her advice during the challenge. Chris was trying to make the point that he could not trust his coach.

There are two parts of the circus; the first part is an obstacle course, which will never change and the endurance challenge which will change each week.

Obstacles: starts with a wall climb and a cargo net. Chris leads the pack going into the second obstacle, the giant ladder, to a high beam, to a rope bridge and over under walls. The final obstacle is a roll down a huge cargo net. 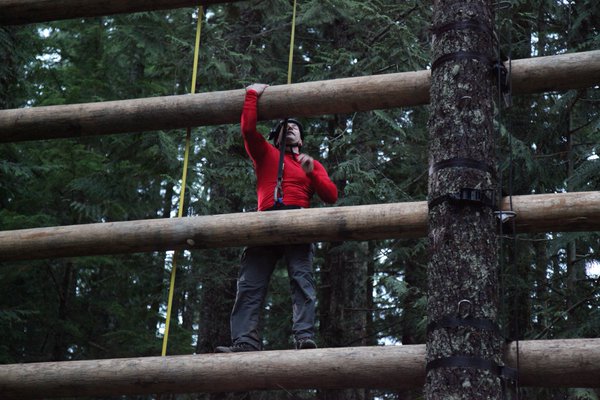 The first two people who reach the endurance platform get to rest before the endurance challenge begins. The endurance challenge consisted of keeping a sand bag in the air by using a rope. Chris looked confident and was trying to mock the other two.  They had got through 45 mins before it was announced they could only hold on to their rope with one hand. Everyone started showing signs of fatigue but kept getting pushed by the coaches. Chris the early front-runner (and the smack talker) falls.

It is going to be interesting to see how this show progresses. But a different take on OCR TV.