Warrior Dash is Vital to OCR, and to Me. Here’s Why. 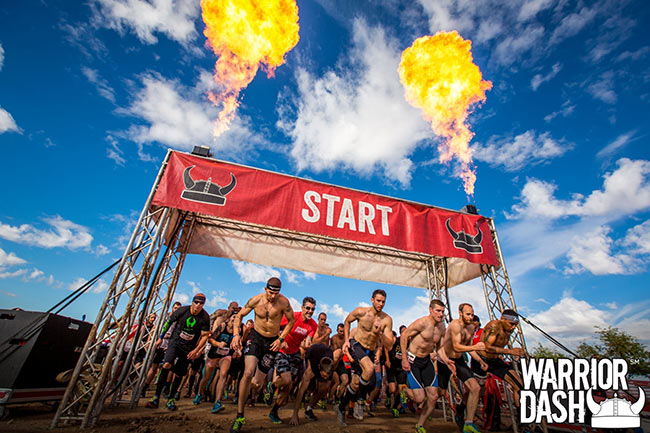 The Two Faces of Warrior Dash

Warrior Dash excels at putting on a beginner-friendly race; 5k distance, 10 obstacles, and plenty of mud.

Year-in and year-out, Warrior Dash proves its worth as being one of the best mud runs for beginners, as I wrote in this article on that subject last year. One could argue their obstacles and event is somewhat formulaic, and that's exactly what I want! When I'm recommending a race for first-timers or fun-seekers – whether to millions of people* or a group of parents and teachers at my daughter's school, I want to know they are going to get a safe, fun, experience that I know each and every one of them can handle. Period.

*2.6 million individuals visited mudrunguide.com in 2015 and 72% of them were first-time visitors. We take it very seriously when we recommend any race, especially ones we steer beginners to.

Here's a little test: think of the first 3 restaurants that pop in your head. How many of them were household names, chains that you recognize? The safe choice as a go-to option when you want a quality Mexican meal in a new city is most likely Chili's; as Pancho Gringo's on the corner will probably be hit-or-miss. Does this argument hold up 100% of the time, no. When we're dealing with hundreds of thousands of people attending Warrior Dash races all over North America, we're not talking about hit-or-miss; safety, consistency, and fun is exactly what I'm after. (and as an aside, I am now craving a burrito for lunch)

Warrior Dash has another speed; the version of their event that goes off first thing in the morning that's a little less about beer and fuzzy hats, and a little more about crossing the finish line first (or in the top 10). The “Competitive Wave” at 8:30 am is not necessarily something that Warrior Dash is best known for, and aside from a few mentions on their website you may not even realize it's even a thing – let me explain why. 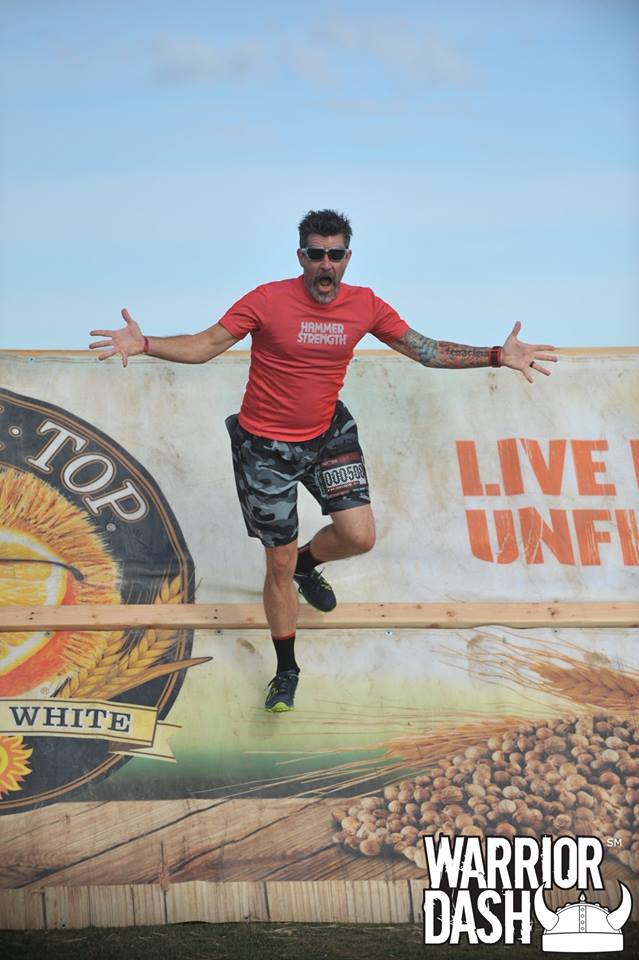 From 2010 to 2013, Warrior Dash heats were timed; all day long you knew where you finished like any other 5k with a leaderboard of chip-timed results and the ability to look it up online. In talking with the team at Red Frog Events' offices in Chicago before the beginning of the '14 season, they shared the reason they were dropping timing altogether; it was a lot of work and expense to maintain something that the majority of their racers didn't really care about. It wasn't an easy decision, as some athletes like to see their time and attempt to beat it in following years or compare to their friends, but when you're making decisions that affect hundreds of thousands of athletes per year, you make the call based on the majority, and they also had something up their sleeve: The introduction of the Warrior Dash World Championships (WDWC).

Launching the WDWC was an extremely bold move, and with the biggest prize purse in the sport, it wowed veterans of OCR and elite track & field athletes alike. Did the average beginner care or even have any idea about qualifying or attending that race at all? Not even remotely. Creating the WDWC was a move to re-ignite a fire in the veteran athletes who had participated in a Warrior Dash in the past, and bring many well-known OCR athletes to events across the country while generating some buzz. In this vein it succeeded masterfully; Hobie Call, Rose Wetzel, Hunter McIntyre, Ryan Atkins, Max King, Brakken Kraker, KK Stewart-Paul, Claude Godbout, Marco Bedard, Corinna Coffin, Kimber Mattox, Cody Moat, John Yatsko, Air Force Ken, and dozens of other well-known athletes competed for the big bucks in '14 and '15, even international athletes from the UK, Sweden, South Africa, and Australia flew out to take part.

Then, they took their big checks and went home.

As the only media guy at both events in Esparto, California, and Pulaski, Tennessee, I asked various other racers taking part in later heats throughout the day what they thought about the World Championships, none of them had any clue before showing up that it even existed. Warrior Dash athletes that showed after 10am didn't even realize there was a world championship just a few hours earlier. Clearly, the “competitive” part of Warrior Dash was not resonating with their core demographic: Fun-loving, mud-seeking, first-timers.

In 2016, the WDWC is no more. Warrior Dash teamed up with the OCR World Championships, and the top 10 men and women finishers during the Competitive Wave qualify for the OCRWC. This was a move I pushed pretty hard for in 2015, I'm thrilled to see it happen in 2016, and looking forward to seeing how it can grow.

There's still a problem with Warrior Dash as a competitive event; it seems to be the best-kept secret in the sport, and only 10% of us know anything about that wave or the OCRWC.

Let's analyze some factual statistics that I just made up right now: In the USA there are 320 million people, 4 million of them are into “non-traditional running” so that looks like 8%. How many of that 8% even know the term OCR? Let's go back to me walking around either the 2014 or 2015 WDWC, the convergence point of the most beginner-friendly race and 300 of the top OCR athletes in the world – counting friends, family, media, and Red Frog Events staff, let's generously say 33% of those people had an inkling that OCR is even a sport, and not just a bucket-list romp in the mud. If asked, I'm guessing dozens would have told you they were at a Tough Mudder and never blinked an eye.

I bet you know where I'm going with this; those of us who know and love the sport of OCR are not even close to the majority of the participants in our “own” sport!

We obsess over whether Amelia Boone is going to amass more World's Toughest Mudder wins than Tiger has green jackets, we root even harder for Hunter McIntyre kicking ass on Broken Skull Challenge because he's our boy. Many of us freak the %&*# out when we talk about mandatory obstacle completion or kicking bells. Burpees? that's a minefield. We love this sport, I love this sport. Hell, my entire livelihood is 100% dependant on the success of this sport. I'm as all-in as you can get with the sport of OCR, so I hope you can appreciate how honest my next statement is. We Need Warrior Dash to thrive for the sport of OCR to thrive. It's really that simple.

Warrior Dash is the Key to OCR's Future

I love running, I love obstacles. and I love Warrior Dash.

Look around, OCR is maturing rapidly: A little over a year ago the only time you saw a mud run on TV was for a tampon commercial until Rob Dickens and Brad Scudder of Rugged Maniac wowed Mark Cuban on Shark Tank, and now Spartan Race has two shows on NBC, BattleFrog Series has 2 shows on ESPN, and there are plenty more in the works. If all goes well, Rise of the Sufferfests will be on a screen near you soon. Race companies and sponsors are spending millions of dollars to make obstacle course racing a household name, pushing their brand recognition in the process. That's all well and good, and there are thousands of first-timers participating in Spartan Race, Tough Mudder, BattleFrog, Savage Race, Rugged Maniac, and dozens of other great events. Don't get me wrong, I love each and every one of those races, I sincerely do – for their own specific reasons: 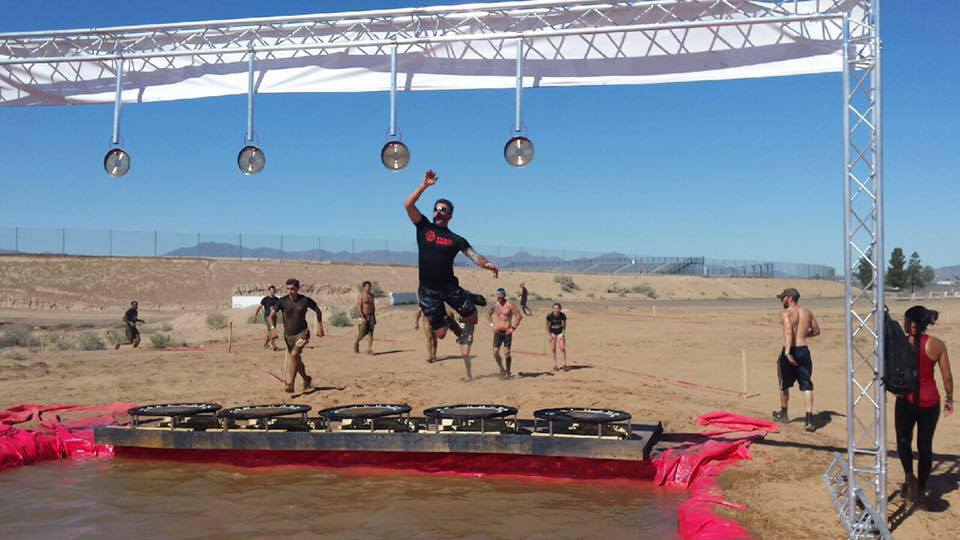 My goal is to get athletes into the sport of OCR – not one-and-done bucket list-checkers, but athletes that will participate in an event, fall in love with the sport and passionately drag their friends, family, co-workers, and anyone they can get into the sport. It is our job as the 10% (actually, the 3.3% according to my math above) to develop the next wave of ambassadors for our sport. In my opinion, those ambassadors should have knowledge of all the different levels of the sport, from Warrior Dash for the beginner to OCR World Championships and beyond to World's Toughest Mudder.

OCR: The Next Generation

Before I wrote Ultimate Obstacle Race Training in 2012, I spent almost a decade deeply in love with the sport of Triathlon; I co-founded the ESPN Triathlon team, put on local triathlons, competed in point series, and even somehow managed to race in 7 tris in 14 days. To say I was head-over-heels for the sport would probably be an understatement. Yet, over time that passion faded and I moved on to other pursuits, namely OCR. For as passionate as I am about obstacle course racing right now, I find it even more exciting to see the development of the sport and envisioning where we'll be in another 10 years.

Triathlon was born nearly 40 years ago while OCR is barely ready for kindergarten. The only way I see this sport continuing to grow, mature, and evolve is to support races like Warrior Dash who are the front gate to obstacle course racing. I love that Warrior Dash exists and that I can trust it as the event where I can send my friends – new and old, both online and real-world – to get hooked on the sport of OCR. I hope you do too.

0shares
Disclaimer: The viewpoints expressed by the authors do not necessarily reflect the opinions, viewpoints and official policies of Mud Run Guide LLC, or their staff. The comments posted on this Website are solely the opinions of the posters.
By Brett Stewart|2016-04-15T10:28:48-04:00April 15th, 2016|Op-Ed, Race Recap|5 Comments