Can I Set You up on a Blind Date? 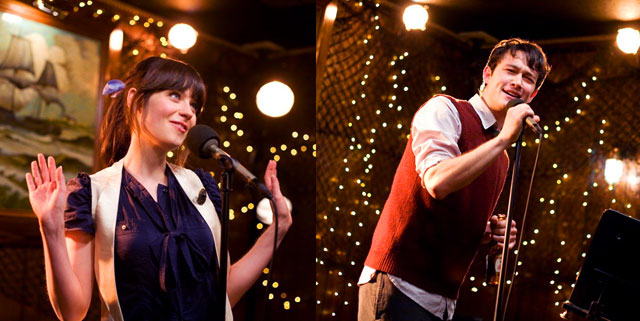 Do you remember that girl who sat two seats in front of you during your Intro to Economics class during your sophomore year? You know, that awful 8:00am class that you barely passed because you happened to ditch on the day the professor basically gave out all of the answers for the upcoming final. It wouldn’t really have mattered anyways because the reason you weren’t there was because you were paying homage to the porcelain deity in the third stall after being out until 3:00am the night before. This following an impromptu invite from a friend on your floor to go to the “Parkside Grill” to grab a burger and watch the Bulls in the playoffs, which ended up lasting longer than planned when a few of his female friends showed up just about the time the game ended and karaoke began.

Remember how it prompted you to rock an unparalleled Miller Highlife-fueled duet rendition of “Paradise by the Dashboard Lights” alongside a girl named Lisa who had been canning shots of Rumplemintz in between sips of Amaretto Sours for the last two hours. This wouldn't have been a problem had she ever heard the song prior to getting up on the stage, with her blurred vision making the monitor a haze, leaving you no logical option but to carry her by singing the female portions of the song as well. You channeled your inner Tina Turner, which unfortunately sounded more like Ted Turner, but no one really seemed to mind because they graciously held up their lighters and screamed for an encore, giving you a false sense of confidence about the level of signing talent you actually possess. You walked home with a new found swagger in your step from the adoring fans, especially through the nearby residential neighborhood fortunately inhabited by mostly college students, many of whom must not have minded because they kept throwing drinks at you in what you surmised was a gesture of gratitude and admiration? (Deep Breath) Yeah. That girl.

Do you remember how you thought she was beautiful to the point of being unapproachable? Well, as it turns out, you were wrong! She was actually very approachable…you just never tried. If you had, you would have discovered that, despite her supermodel good looks, she was incredibly humble, had a fantastic personality, smiled a lot, and was generally the type of person that makes everyone around her feel better about themselves. Gosh. Don’t you wish someone had introduced the two of you, just to help you get past that slightly intimidated feeling you had? 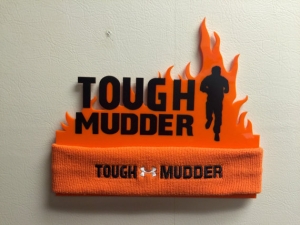 Well, guess what? For the people out there who might be interested in obstacle course racing, but have never tried it, OCR is that girl (or guy…sorry folks, there’s only so much I can do to stay gender-neutral with a metaphor like this). And you know what else? For those people, a feeling of intimidation is likely keeping them from meeting her…er…I mean, signing up for an event.

A few months ago, Tough Mudder launched its Ambassador campaign, and despite all of the debate that it sparked in the OCR communities over who was snubbed, who was deserving, and how much swag the chosen received, I think we can all agree that the purpose of the program is to help usher a new crop of “first timers” into the OCR world, in this case by means of an orange colored highway. Specifically, it seems to be targeting those people who have previously been “on the fence” about signing up for such an event. It really makes sense when you think about it. Continuing to grow as a company requires a steady flow of new customers, and employing an army of soldiers who have already “drank the kool-aid” to recruit on your behalf is Marketing 101.

The question that I’d like to ask is this:

What has kept these people from signing up so far?

Why is a campaign such as this even necessary?

As a community, we need to reflect on this for a moment.

Sure, many people will never know the joy of using a Sharpie to inscribe a bib number on their forehead, simply because they have a predisposition toward cleanliness, warmth, dryness, and generally living their lives by the mantra, “stay clear of exposed electrical wires.” I’m afraid there’s likely little we can do for these poor souls. However, there is surely a substantial number of people who have a genuine interest, but feel a bit intimidated by the “athletes” typically pictured in much of the OCR advertising, and who they assume they will be “competing” against, or at least compared to if they sign up.

If that’s the case, then it’s really a shame. My experience has always been that the typical OCR athlete (and yes, I’m talking about ALL of you, even the nonelite's like me – we can save the “athlete vs. participant” debate for another day) tends to be incredibly inclusive and supportive by nature. Rarely have I witnessed an act of douchbaggery while on the course, and in fact, even the most competitive racers out there tend to be effusive in their praise and encouragement of others. Let’s face it: it’s one of the many things that makes OCR so great. And frankly, it’s exactly what a lot of people really need in their lives. 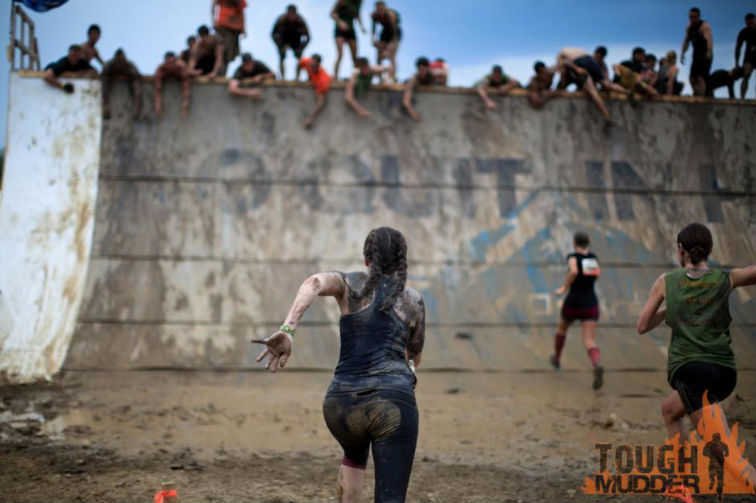 Therefore, my challenge to each of you is to introduce someone to that girl (again, I know, the metaphor…). Let’s acknowledge that this sport that we all love is, at its best, in a fledgling state right now and deserves to have each of us be an advocate, or to borrow another term, an “ambassador”. We’ve each gravitated to this sport for our own reasons, but the common theme tends to be that we’ve found something that motivates us and helps us become better versions of ourselves. So, why on earth would we want to keep that from the rest of the world? Think about it…if you stumbled across a cure for Asparagus Induced Smelly Pee Disorder (AISPD), surely you’d share it for the betterment of all man and womankind, right? Oh, and if, by chance, you do in fact discover the antidote for this horrible condition, which inflicts nasal carnage on an untold number of innocent epicureans each year, please do the right thing and share. In a few months, it’ll be prime grilling-out weather, and a side of honey balsamic glazed asparagus sounds delicious right now.

0shares
Disclaimer: The viewpoints expressed by the authors do not necessarily reflect the opinions, viewpoints and official policies of Mud Run Guide LLC, or their staff. The comments posted on this Website are solely the opinions of the posters.
By Matt Walker|2016-04-28T09:11:58-04:00April 28th, 2016|Op-Ed|0 Comments