Faces at the Races — Tyler Markley 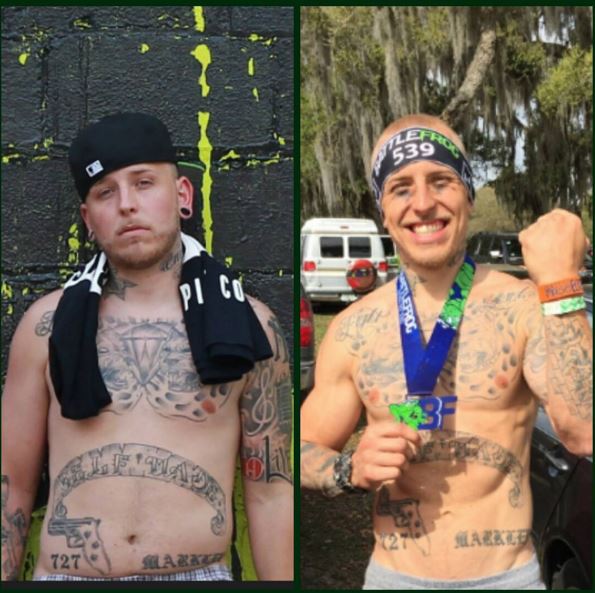 Bio
I’m a tenacious 26-year old father of two whose struggles early in life shaped me to be the fierce, driven OCR athlete who will stop at nothing to grace the podium.

Why do you compete in OCR?  What is your favorite part about the sport?
OCR was initially just a “fit goal” that I set to keep motivated when I first began training.  After my first race (Savage Pro), I realized that I had stumbled upon something that I not only enjoyed but also something that I was quite good at.

What is your favorite part about the sport?
What I love so much about OCR is the multiple different strengths it takes to be competitive.  You can't be JUST a runner. You can't JUST be strong.  There is a large mental game that plays a part too like fear of heights, claustrophobia, etc.  It is a true test of mind and body.

Have you overcome any significant setbacks, such as injury, personal trauma, etc.?
I got involved at a young age in a life of crime and left behind my academic and athletic abilities to run the streets for over a decade.  A major physical setback I endured was breaking my humerus (bicep bone) and having to deal with an extensive and excruciating recovery.  Last year, I was barely able to do push-ups and I'm proud to say today that I've built it back up 110%.

You said you dropped out of school in 10th grade and “ran the streets.”  How long did that lifestyle last and what caused you to drop out in the first place?
Yes, dropping out is one of my biggest regrets, missing that piece of my life.  When you're young, you think you got it all figured out.  I didn't have much quality of life back then and I was very angry at the world.  I was getting in fights on what seemed like a weekly basis.  I wanted to be grown, so I left school one day and never came back.  I got a full-time job washing cars and that was it.  The worst part is that when I dropped out of school I had a 3.0 GPA.  My head just wasn't in it.

What was the turning point in your life when you decided to make a change for the better?
I changed a lot when I became a father, not only responsibilities but my mindset.  Maturing was a must.  I pride myself on being a man that supports and cares for his family.  For me, there was no other choice but to “cut the crap” and take care of business. 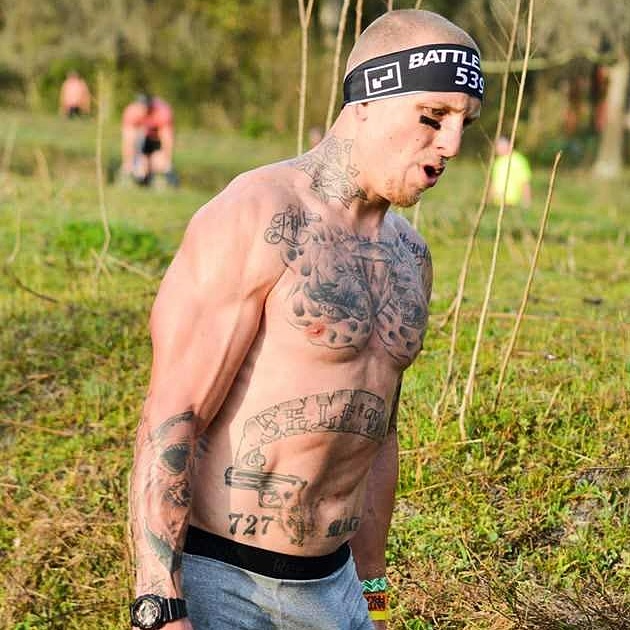 When it comes to overcoming addiction and depression, what are your top-3 recommendations?
1. Take small steps. If you bite off more than you can chew, it's easy to become discouraged and go back to your old ways.  Setting small goals was a great way for me to constantly get self-gratification and stay motivated.
2. Constantly reiterate who you are doing it for. Of course we do it for ourselves but I always have my family in my thoughts at times of weakness.  That's ultimately how I kicked my cigarette habit.  Telling my son that cigarettes were “icky” as I smoked them was as hypocritical as it gets.  If you won't do it for yourself, do it for your loved ones!
3. Use physical fitness as a release! Many people look at working out as a job.  Running, lifting, and even stretching is extremely therapeutic.  At this point, I need those two hours a day for the sake of my sanity.  If you are feeling depressed or like you need to get high, go hit the trail or your nearest weight room and let your natural chemicals do the rest!

Do you have any advice to teenagers so they don’t make some of the same mistakes you did in your past?
My advice to young adults is to LISTEN your parents!  Looking back now, my mom and dad were pretty much fortune tellers.  I lost about 12 years of my life to drugs, fights, and crime.  I was lucky to make it out of that life.  I can only imagine where I would be in this sport had I never left my athletic background.

You mentioned that you have two children.  Would you be open to them choosing to compete in OCR instead of the standard team sports (baseball, basketball, etc.) when growing up?
Yes!  I'm extremely eager for my oldest to enter his first race.  I plan on both of them being OCR athletes, if that's what they want.  Cole, my oldest, loves wearing my medals around the house and gets so excited when I show him pictures of me in action.  Growing up, I always played group sports, which I think is great for the teamwork aspect of things. On the contrary, I was exposed to extreme politics and favoritism in group sports and it was a major part of me becoming turned off to playing team sports in high school.  I look forward to the day the three of us can run a race together!

Have you had any embarrassing moments from a race?
A few weeks ago I ran Mud Titan 5 in Plant City, Florida.  The starting line is about 100 yards of thick, sludge-like mud.  Filled with anticipation to get going, I was front and center at the starting line.  The race began and I took about ten steps when my left leg went knee deep into the mud.  As I tried to yank it out it, the suction sucked my show right off my foot!  I had to make a split decision to stop and look for it or to keep running. In the blink of an eye, I ripped off my right show and off I went to run 5 miles through rugged trails and pastures filled with “stinging” nettles (which I would soon find out).  My feet were on fire from the nettle weeds when I crossed the finish line 47 minutes later inside the top-15.  Needless to say I purchased some new OCR shoes later that week!

What sports did you play growing up?  What were some of your accomplishments?
I played a handful of sports growing up, mostly football and baseball. The first year ever playing youth football we went to the Championship and won which was pretty cool. Unfortunately, by high school, sports were no longer a passion of mine.

Tell me about a time when you experienced a lack of motivation.  What caused this and what did you do about it?
At some time or another everyone lacks motivation.  Personal life has a big part.  Being a father and having a physically demanding job can be enough to tell yourself, “I'm skipping training today”.  I pride myself on being that guy that gets up sore and tired and still makes it to the gym.

You said that the reason you got into OCR was because you saw an advertisement for Savage Race.  Do you think OCR companies do a good job advertising their events?  If not, what would you improve?
I think OCR does fantastic with their advertising.  Some better than others but overall the social media presence and clever posts are refreshing.  I'm really excited too that Spartan is hitting primetime on NBC to gain some exposure for our sport.

Describe what was going through your head once you crossed the finish line for the first time.
When I crossed the finish line for the first time I was gassed!  I gave it everything I had and there was an overwhelming sense of accomplishment.  I was greeted by my mom and my girl.  I was ecstatic to find out I placed 26th of 388 in Savage Pro still with my “Elite” wristband intact (top 10 in my age group).  From that point OCR was ingrained in me.

What does a typical week of training look like for you?  Do you have a training partner or a coach?
A week’s worth of training for me is typically 6 days on for about 2 hours a day with no trainer or gym buddy.  I stick with HIIT (high intensity interval training) to get as much cardio as possible while still getting strength gains.  I only run about 10-15 miles a week due to terrible shin splints but I also use do a lot of low impact cardio like cycling and the stair stepper with a weight vest.  Long distance running is what I'm currently trying to improve most and have considered getting a coach for just that.  Eating clean is huge part of my training, too!

Do you keep up with/have you met any of the top elite racers?  If so, who are your favorite athletes?
I don't follow any racers avidly but I do live in the same area as Air Force Ken (Corigliano).  He dominates all the races around here (in Florida).  The guy is something else.  He pulled up on his bicycle to Savage last week which took me 90 minutes to get to in a car!  I don't care what anyone says, that dude is inspirational.  I'm a newbie in the community with only 5 races under my belt so I'm still getting to know faces and who's who.

Pretend you’re a race director for a day.  Describe the course you would design (including pre- and post-race festivals, if you’d like).
My races would have more obstacles and less running.  Seriously though, I think these OCR directors do a fine job of pulling together these events.  I'm sure it takes a ton to make it happen.  I will piggyback off what someone else said in a previous interview though and that's a puzzle challenge with a penalty if not solved correctly.  I think that is a “Survivor/Amazing Race” aspect that would be killer in a major OCR series.

Is there anything else you’d like to mention (about OCR or life in general)?
OCR is kind of like a metaphor for life.  It's often grueling and there are many obstacles, different in their own respect.  You never know what lies around the corner but you have to keep moving.  Your mind will tell you to stop.  Your body will beg you to quit.  You must continue to put one foot in front of the other and grind it out. Let the race bring out the best in you.  Find the courage and perseverance to never give up!