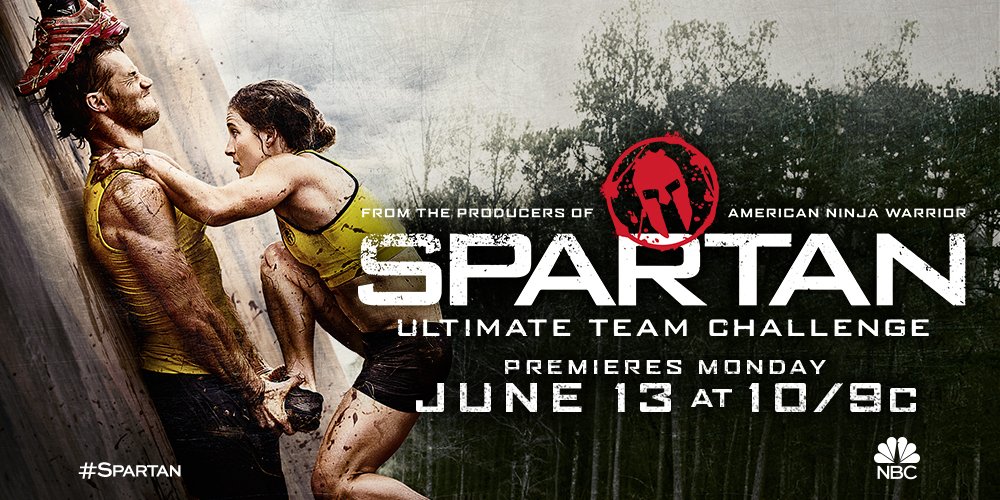 The highly anticipated NBC competition series “Spartan Ultimate Team Challenge” officially has an airdate. Be sure to set your DVR's for  June 13 at 10pm eastern daylight time. The obstacle racing team competition show based on the Spartan Race Series will follow up the popular “American Ninja Warrior” on June 13 and 20 then shift to a Thursday 9:00pm spot.

The show features many familiar faces from the obstacle racing community and athletes are coupled with a team captain to complete a course designed for the team competition. Filming took place in December 2015 outside of Atlanta Georgia. Last month NBC and Spartan Race announced the hosts of the show. Below is the full press release from NBC and Spartan Race.

Following previews on June 13 and June 20 with “American Ninja Warrior” as its lead-in, “Spartan: Ultimate Team Challenge” will shift to its regular 9 p.m. timeslot on Thursday, June 23.

Inspired by Spartan Race — the creators of the world’s most demanding obstacle course races — “Spartan: Ultimate Team Challenge” raises the bar on team competitions. Groups of friends, families, co-workers and more must work together as they race across specially designed Spartan courses engineered to test their determination, endurance and will. Teams of five will compete on one the most demanding courses ever devised and will have to push through the pain to win $250,000.