After last week’s inaugural Colorful Characters in OCR article, I knew it was going to be a challenge to follow up. You know you have a serious character on your hands when you are laughing out loud while editing your own article.

This week’s interviewee is one of our community’s greatest treasures. If you know him, you now that just being around him makes everything more fun. If you just know him through social media, you have without a question enjoyed his brash, humorous and dead honest responses to people when faced with negativity, and his positive outlook on the state of our sport in general. He is not paid to do any of the promotion or posts that he does every day – he is just a genuine lover of the community and supports it wholeheartedly.

We love this guy. It is pretty hard not to. If you don’t know him yet – we hope this will make you a fan as well. 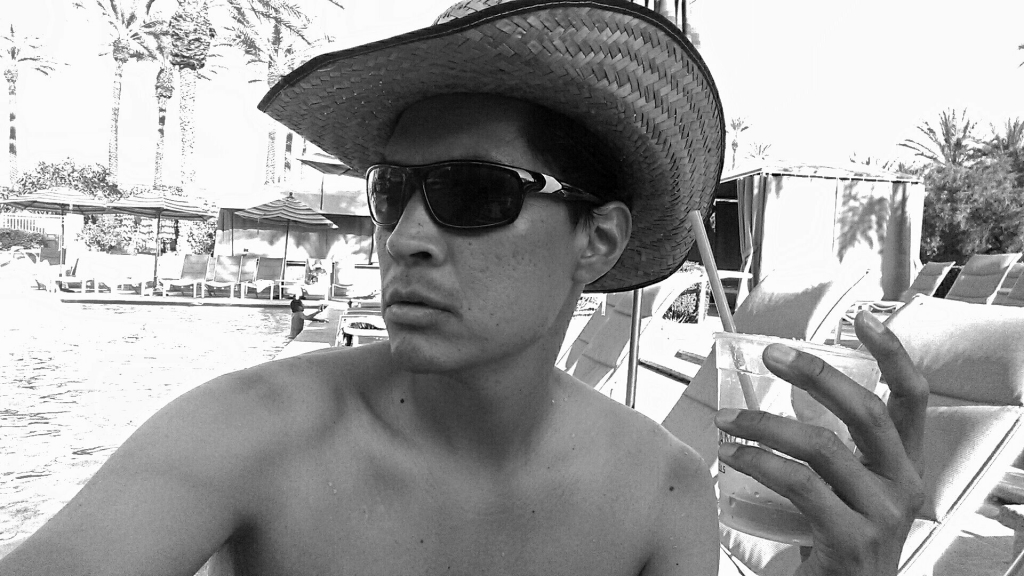 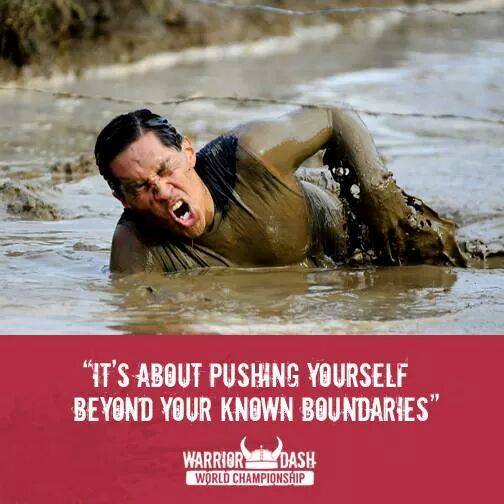 I was never athletic in school because of my asthma. The alternative for me was Theatre Arts. When I did the Warrior Dash back in 2008 or 2009, I discovered something in myself that I had been deprived of in my youth. The desire to be athletic, compete and challenge myself. I remember being out on the course racing the other guys and the fire inside me wanting to burn hotter and go faster, and I thought to myself, “ Wouldn't it be awesome if something like this was a competitive sport like those in the Olympics?” I've never told anyone about this, because it felt silly, however, that day I saw myself in the future competing in a championship that had something to do with racing and obstacles with hills and mountains. Flash forward years later, when The OCR World Championships announced its inaugural event followed by the WD's announcement of a World Championship. I thought to myself, “I saw that coming!” I am by no means an Elite athlete, but I don't have to be. I just have to try each time to conquer myself. I'm my own competitor.

I love that…So, once you were in, what made you stay?

OCR is sort of like a metaphor for real life struggles. You can either choose to be defeated or choose to overcome. I typically find that the more I engage in Obstacle Racing, the better I am at handling difficult situations in life…and vice versa. But that isn’t the sole reason I stay with you crazies. The truth is that I've never really been the guy to fit in. I've always been the person who always wanted to do my own thing – go against the grain so to speak. Obstacle Course Racing fits me like a glove. It just makes sense that I'm supposed to be here, that I was meant to be apart of the OCR Community. Maybe not as an athlete you'll see on the podium at every race (though let's not rule that out quite yet), but as someone who is instrumental to the growth and development of both the sport and society of OCR globally. Most of the reason I stay is because of the people. The camaraderie. No matter how or what we are racing for, I always feel like we have each other’s back. That's the feeling I stay for.

I'm honest. I'm positive, proactive, real. I'm outspoken and opinionated. I would like to think that people can relate to me because I don't try to be anyone other than myself and that I'm someone who is approachable to the many different spectrums of the OCR community and everyone that works so hard to make what we do and love a possibility. It is a privilege to be a part of it all, and I don't take any of it or anyone for granted. 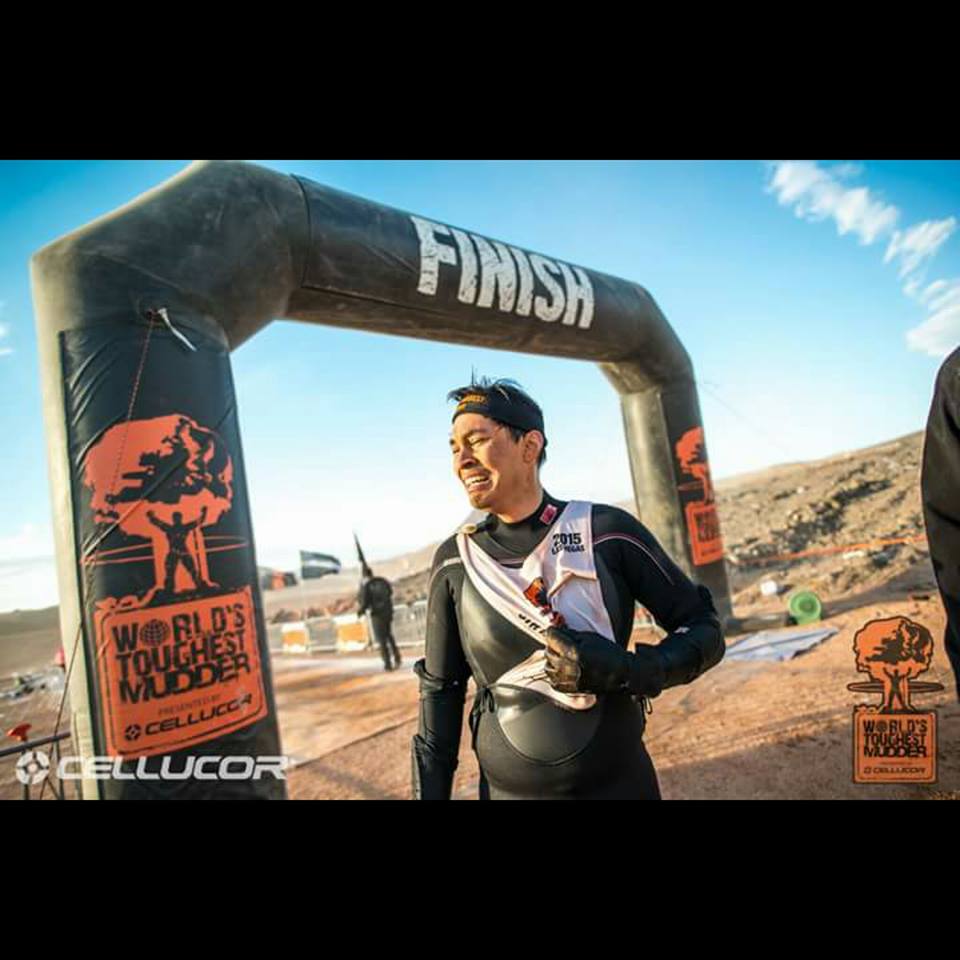 What do you think the direction is that OCR needs to go in, to continue to grow?

OCR is constantly changing and growing, and any sport that has been successful in growth has to have a large viewing audience. With that said, OCR requires an audience other than those already participating. It has been said over and over, but short courses are key for that exposure. BattleFrog with their College Championships along with Brett Stewart's OCR Warrior are great examples. And oof course, American Ninja Warrior. The ANW phenomena has drawn a broad audience to the sport of OCR, and we need more of these type of short course races with coverage attracting a large audience that otherwise wouldn't watch or know about Obstacle Course Racing.

But aside from the competitive aspect of, which is less than 1% of all participants, the main draw and the key to the growth and development of OCR ultimately lies with the masses within the open waves. That is the heart and soul of the OCR Community. Keeping the races fun and challenging directed toward the masses is tantamount to success.

My turn-ons surprisingly enough are not the men in the sport, but the women. I'm drawn or shall I say fascinated by the intelligent, strong, beautiful, diverse women that make up the Sport of OCR. Queen of pain Amelia Boone, Queen of Speed Rose Wetzel-Sinnett, and Queen of game K.K. Stewart-Paul are all women who are on top of the food chain. You can't help but look at these women in awe who put in the work and leave it all out on the course. They dominate at times even over their male counterparts. You can probably make a whole reality show based on “The Women of OCR.” *Editor’s note: Don’t tempt us.

My OCR pet peeves include but are not limited to the following: Hearing, “That was my worse race ever,” or “I didn't place where I expected to place.” That is a downer. Celebrate the small victories and be proud of what you've accomplished and don't dwell on what could have been. There will be plenty of other opportunities.

People who take themselves too seriously. It's all fun in the mud. If you miss a race or, don't do as well as you expected it's not the end of the world. Life goes on.

People who tag me in their OCR sponsored product discount codes. If I wanted what you are selling I would have bought it by now.

The “Anti Branders”. Those people who hate on other race brands because they have a different set of rules, mandatory obstacle completion, burpees, penalties, jumping jack flash. Enough already, the beauty of having variety in OCR is what makes it so great. I can't imagine all race brands having the same routine or obstacles. How mundane would that be?

Did I miss anything? I'm sure I have, but the social network Trolls will surely remind me of any, that I am sure of. *Editor’s note: …which is MY OCR pet peeve…

So enough with all the mundane questions. Give me what you’ve got. 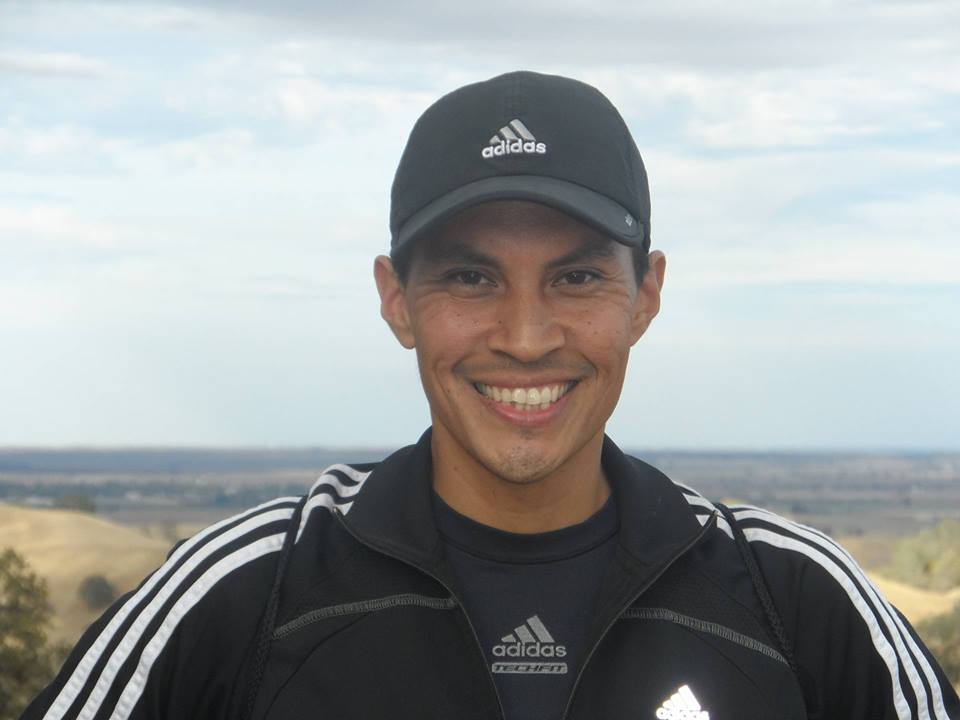 I've worked for the same company for 19 years. I've been in a loving relationship with my boyfriend for eighteen years. Believe it or not, I'm really shy. My favorite musical artists in no particular order are Madonna, Muse, Morrissey, Aerosmith, Guns and Roses, The B-52s and The Smiths. I enjoy musicals. My favorites are Phantom of the Opera, Evita, Jesus Christ Super Star, Joseph and the Amazing Techno Color Dream Coat, and Grease. If that sounds too gay, then it was probably a good idea that I left out Yentl and The Sound of Music.

I like to lose myself in the wilderness. I'm not religious, but I'm spiritual. I don't like sharks. When I fart, you will know. No, I'm not Asian. I am of Native American and Mexican American Decent. Yes, I'm 39 and No I have not had any botox or plastic surgery work done, yet. I believe people are inherently good or just misunderstood. My favorite quote is “Save Yourself before you save others”. I just made that up. If you laugh at me, I will laugh harder at myself.

Failures are inevitable and are the learning blocks for building a better you. I don't live with regrets. I don't take myself too seriously. Cherish your loved ones. Learn to forgive others and most importantly learn to forgive yourself. And no matter what lies you've been told, SIZE MATTERS. Thank you for reading, and I'll see you on the course!

As a final note – midway through working on this, I called Daniel and bemoaned that it did not read enough like who he REALLY is. He admitted that he was uncomfortable talking about himself, but that it was what he was feeling. This did not surprise me in the least. Then I read the last two parts of the interview, where I finally saw the Daniel we know, and I was just being introduced earlier on, to a part of him I had not been acquainted with. So with the exception of generic editing, I am leaving things as they are. Just as he wanted them. After all, that is what this series is about.

Read some of Daniel's Articles on Mud Run Guide Here