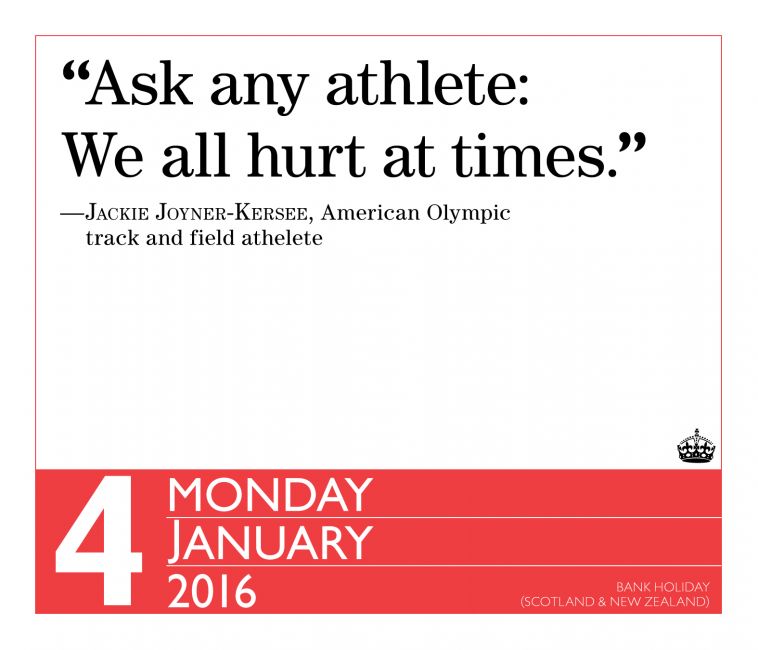 Shhhh. Come here. Closer. I have a confession to make. I know that they’re sometimes cheesy, and often cliché, but the truth is that I’m huge fan of those “page-a-day” desk calendars. You know, the ones that are usually sold from a mobile stand in the middle of your local shopping mall around Christmas time, right next to the Bavarian Almonds? But, I don’t go for the ones with the funny comics, or the poems, or the pictures of nature. Nope. I’m a sucker for the ones with the daily quotes.

That’s it. That’s my secret. I love reading quotes from famous people. But not just any famous people. They can’t be just any celebrity. No Sir. I find that I gravitate toward those quotes that come from real thinkers and doers, from people who have really lived, and whose insight is truly inspirational and, as it were, quote-worthy. Robert Frost, Winston Churchill, Maya Angelou, Nelson Mandela, Hellen Keller. You get the drift. The words of wisdom from minds such as these are, in many ways, priceless.

Oh, and let’s not forget one the greatest of all: Tracy Marrow. Every now and then, a person will say something that is so profound, so insightful and far-reaching in its impact, that it becomes cemented in time as a beacon for all mankind to follow in the eternal search for truth. In the one thousand-nine hundred-ninety ninth year of our Lord, Mr. Marrow made such a statement, when he uttered the now infamous words, 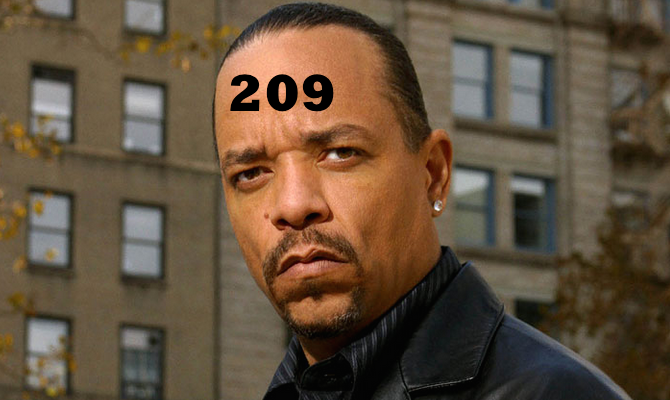 Now, we know this statement wasn’t referring to the current state of OCR, and the emergence of several “heavy hitter” companies with ever-growing deep pockets. For one thing, the date of 1999 predates most of the OCR’s out there (a quick nod to Mr. Mouse). For another, Mr. Marrow normally goes by the name ICE-T, and when you’re a former street hustler/pimp, turned rapper, turned acclaimed actor, you’re probably not that interested in crawling and running through the mud, and subjecting yourself to live electric wires and freezing cold water (but, how great would it be if you looked over your shoulder at the starting line of your next race, and saw ICE-T with a bib number Sharpie’d on his forehead?!?). But, nevertheless I think of these words every time I see someone on one of the online OCR communities complaining about the increased cost of registration, or diminished amount of race swag at the finish line, or the lack of personal butlers to carry your bags to and from the check-in area, or the fact that Will Dean and Joe De Sena aren’t personally helping you over a wall at mile 4.

Simply put, I struggle to understand the backlash that the Big Brands tend to receive. Don’t get me wrong…I’d certainly prefer to pay a lot less for registration, and if some brand started giving out a free pair of shoes, two hydration packs, and a Rolex to every finisher, then I’d bleed whatever color they’re sporting. But, at the end of the day, all of the major brands are just that, brands. Which means they are businesses, and therefore exist to make money.

Now, I certainly do not wish to get into a philosophical discussion on the merits or pitfalls of our democratic system, the rights and wrongs of the have’s vs. the have not’s, and all that stuff (aren’t we getting enough of that from every direction at the moment, considering the upcoming election?). So instead, allow me to ask a simple question: What happens when companies make money? Well, the long answer is of course quite complicated, and at times might require an advanced degree in economics to understand, so let’s not worry about that. Instead, let’s just focus on the short, simple, and as it were, most important answer (at least, most important to those of us who register for OCR events).

What happens when companies make money?

When businesses make money, they grow. And, in this industry, when a company grows, that generally means more venues, newer and more innovative obstacles, more sponsors (which usually means more and better swag at the finish line), and generally a more organized, and therefore better, experience. And that my friends, is what all of us really want, isn’t it?

If you have a short memory, or weren’t there from the relative beginning (a quick shout-out to the OG’s of the OCR world!), then go sign up for the lowest rent OCR you can find, and see what the past looked like. 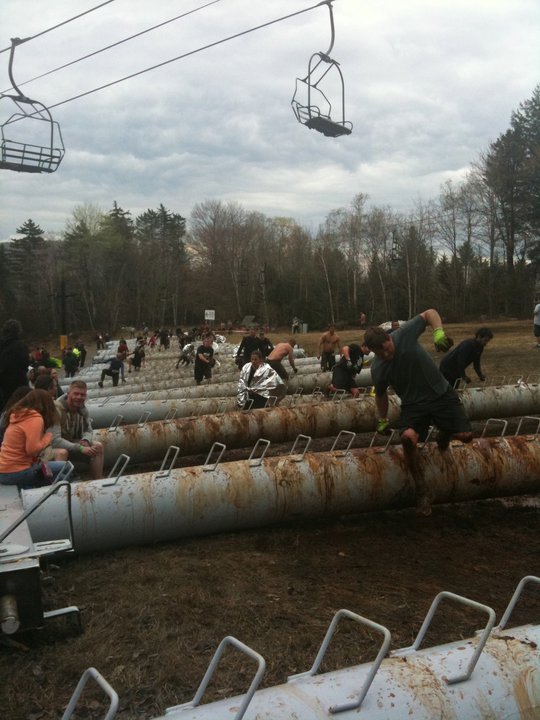 Register for one of those types of races that no one has ever heard of, and that seemed to just pop up overnight. The type where there’s at least a 50% chance that before the day of the event even arrives, you’ll receive an email stating that it’s been cancelled, due to any number of reasons: lack of registered participants, lack of funds, or even (this is really unbelievable, but it happens) lack of venue! The ones where there’s only one registration table, servicing those with last names that start with a letter that falls between A and Z. The races where the last finisher is greeted at the finish line by…well…nothing, because the organizers didn’t even realize someone was still out there, and they’ve already packed up and left (hmmm…so that’s why there were no obstacles for the last two miles).

I’m not trying to diss on those events (yeah, I used the word “diss” – get over it, I grew up in the 80’s and early 90’s), but the facts are the facts. Those events represent what most of the bigger brands were before their balance sheets grew up. Hopefully, those companies can find success, and expand in much the same way that Tough Mudder, Spartan Race, Warrior Dash, and Battlefrog Series have done – in business, competition is good for the consumer! In the meantime, I’m personally glad that the big boys are doing well, and I hope they continue to profit, because in the end, what’s good for them will generally be good for me the racer.

It takes a great deal of money to run a well-organized and successful OCR business, and the irrefutable fact is that this sport is, almost without exception, supported by for-profit businesses. In that fact, it differs greatly from youth basketball organizations, church softball leagues, and rec flag football tournaments through your local park district. Until such time that OCR can transcend that gap, businesses will continue to be virtually the only avenue for participation in these events. That’s the real game here. You don’t have to like it (and many of you don’t), but let’s stop blaming the “Playas” for simply playing by the rules. I think Mr. Marrow would agree.

Author’s Note: If by chance any of you happen to have some ridiculous “in” with ICE-T, I implore you to be an ambassador of the sport and get him in on this! Seriously. Hell, let’s go for broke. Let’s try to introduce Mr. Marrow to Mr. Mouse. I’m just sayin’…this needs to happen.

0shares
Disclaimer: The viewpoints expressed by the authors do not necessarily reflect the opinions, viewpoints and official policies of Mud Run Guide LLC, or their staff. The comments posted on this Website are solely the opinions of the posters.
By Matt Walker|2016-04-13T02:16:12-04:00April 14th, 2016|Op-Ed|0 Comments