“Welcome back to ESPN’s coverage of 2015 Scripps National Spelling Bee Finals! I’m Linda Cohn, and alongside me is Scott Van Pelt. We’re excited to bring you wire to wire coverage of what is turning out to be a real barn-burner here in National Harbor, MD.” 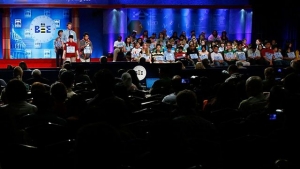 “That’s right Linda, and it’s all come down to this. Two students facing off head to head, winner take all. Let’s get right back to the action, as the young lady from Minneapolis, affectionately nicknamed ‘Tera-byte’, attempts to make Webster her bitch…”

“Welcome to the final round, and good luck to you. Your word is ‘Mataeology’.”

“A discourse that is fruitless, or in vain.”

“Can you please use the word in a sentence?”

“Certainly. Arguing whether or not Obstacle Course Racing is an actual sport constitutes an exercise in mataeology.”

I’ve got another word for you: Ironic. As in, “It seems a bit ‘ironic’ for an entire community of people who participate in events that require running, climbing, crawling, and jumping, to argue about whether or not those events can be called a ‘sport’, when at the same time, the leading ‘sports’ television network is televising an event that requires its participants to do nothing more than stand on a stage and correctly spell words hailing from the farthest-reaching depths of the dictionary.”

Okay, this wasn’t meant to be derogatory to those of you not only still holding on to the trophy from your come-from-behind victory during your 5th-grade spelling bee, but also prominently displaying it in your home, on your desk at work, or Gorilla Glued to the dashboard of your car. If I offended, then I sincerely apologize. However, I do hope I was successful in shining a spotlight on how pointless the ‘sport vs. non-sport’ debate has become.

When you boil it down, what we’re discussing is a matter of semantics. Is it a sport? Yes, it is. At least…it is in the most common understanding of the word. Let me elaborate… 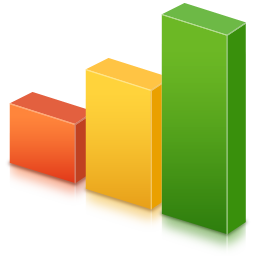 For the last ten months, I’ve traveled to 33 different states conducting highly regimented research on the matter. I authored a 48 question survey, designed to determine the terminology and phrases most commonly associated with the concept of “sport”. I tested the survey for both bias and scope using three different focus groups. I then administered the questionnaire to uncompensated test subjects in a total of 219 cities, ranging from populations of 1200 to 450,000. The total sample size was 8,412, with a median age of 31, and a median annual income of approximately $47,500. The respondents were 48% male, 44% female, with the remaining 8% unspecified. Once the data was collected, I utilized the Statistical Package for the Social Sciences (SPSS) to determine what (if any) correlation existed. The results were very compelling. According to the data, we can state with the statistical probability that for something to be considered a sport, it will include some combination of the following: a) physical exertion; b) competition, either internal or external; and c) some concept of predetermined order or regulation. So there we have it. Scientific proof of what elements are necessary for something to is considered a sport.

All of this is, of course, a complete and total fabrication. But, for the sake of argument, let’s assume for a moment that the majority of people out there would consider these “scientific” findings to be accurate.

By this measure, wouldn’t OCR be a sport?

There’s no arguing that any current rendition of obstacle course racing requires, at least, some level of physical exertion. The competition element becomes a little tricky because different people will approach the endeavor with different goals and objectives. Indeed, a substantial number of participants are competing against exactly no one, especially when entered as part of a team. But, I would argue that even in those instances, the individual obstacles along the course offer some form of competition, in that each participant must pit their physical abilities and limitations against the fundamental laws of physics and their personal desire to either persevere or quit.

Finally, we come to the prerequisite that for something to be a sport, it must be regulated. Boiled down, this only means that it must have rules. This is where the debate takes a hard turn for many people. Clearly, there exists no single overriding governing body for OCR. Sure, there are efforts being made, but in reality, the platform of OCR is currently supported almost entirely by for-profit businesses, whose only real obligation is to their bottom lines.

Now wait! Before all of the “Non-Sporters” out there start screaming, “See! I told you so,” let’s not be too quick to label something simply because it lacks overreaching regulation. What about the kids playing basketball at the park around the corner? The term “We’ve got next!” isn’t regulated by some autocratic body. And while it is true that basketball, as a sport, does have an accepted set of rules by which the game is to be played, anyone who has ever played streetball knows that those rules are loosely followed at best, and can vary drastically from neighborhood to neighborhood. “No blood, no foul” anyone? Even when examined in the realm of organized basketball, there are still variations from league to league, and certainly from country to country.

Is OCR really that different? 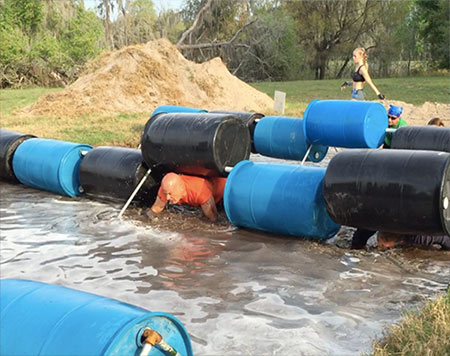 They may not necessarily exist on paper, complete with subsections A through F, but there are generally accepted rules of this sport. Participants will gather at the start line; participants will begin when signaled to begin, often at the firing of a gun; participants will navigate the marked course, overcoming the obstacles as they encounter them; the race is over when the participant has crossed the finish line. They’re pretty simple, aren’t they? But, of course, just like a pickup game at Fairview Park here in the 217, the rules are refined and adjusted based on where you’re running, and with which brand you’re racing. And even then, the human factor will always influence if and when those rules are enforced.

Now…let me just take a moment to acknowledge how potentially hypocritical this article has been. Yes, I opened with a statement about the argument of sport vs. non-sport being pointless, only to then engage in said debate by explaining my position. Sorry, not sorry (that’s how the kids say that, right?). As the author of this article, it’s kind of my prerogative to do that sort of thing. But hey, I totally understand if the case I’ve laid out above doesn’t do anything for you. The fact is, we all just need to find another answer, another way of looking at this entire problem. Thankfully, I believe I may have found one!

Hmm…so obviously that must mean that for something to be considered a sport, all we have to do is simply add the word ‘sport’ to the name. Of course! It all makes sense now!

Faithful Readers….it is with great pride and excitement that I submit to you that from now on, and forever hereafter, we refer to this pastime of ours as Sport Obstacle Course Racing Sport or SOCRS. Notice I added the word ‘sport’ twice? No sense in taking any chances on this sort of thing, right?!

Editor's Note: The IORF is currently attempting to fill that world federation spot for Obstacle Racing. Read about the state of OCR here.

0shares
Disclaimer: The viewpoints expressed by the authors do not necessarily reflect the opinions, viewpoints and official policies of Mud Run Guide LLC, or their staff. The comments posted on this Website are solely the opinions of the posters.
By Matt Walker|2016-04-05T14:06:43-04:00April 6th, 2016|Op-Ed|2 Comments