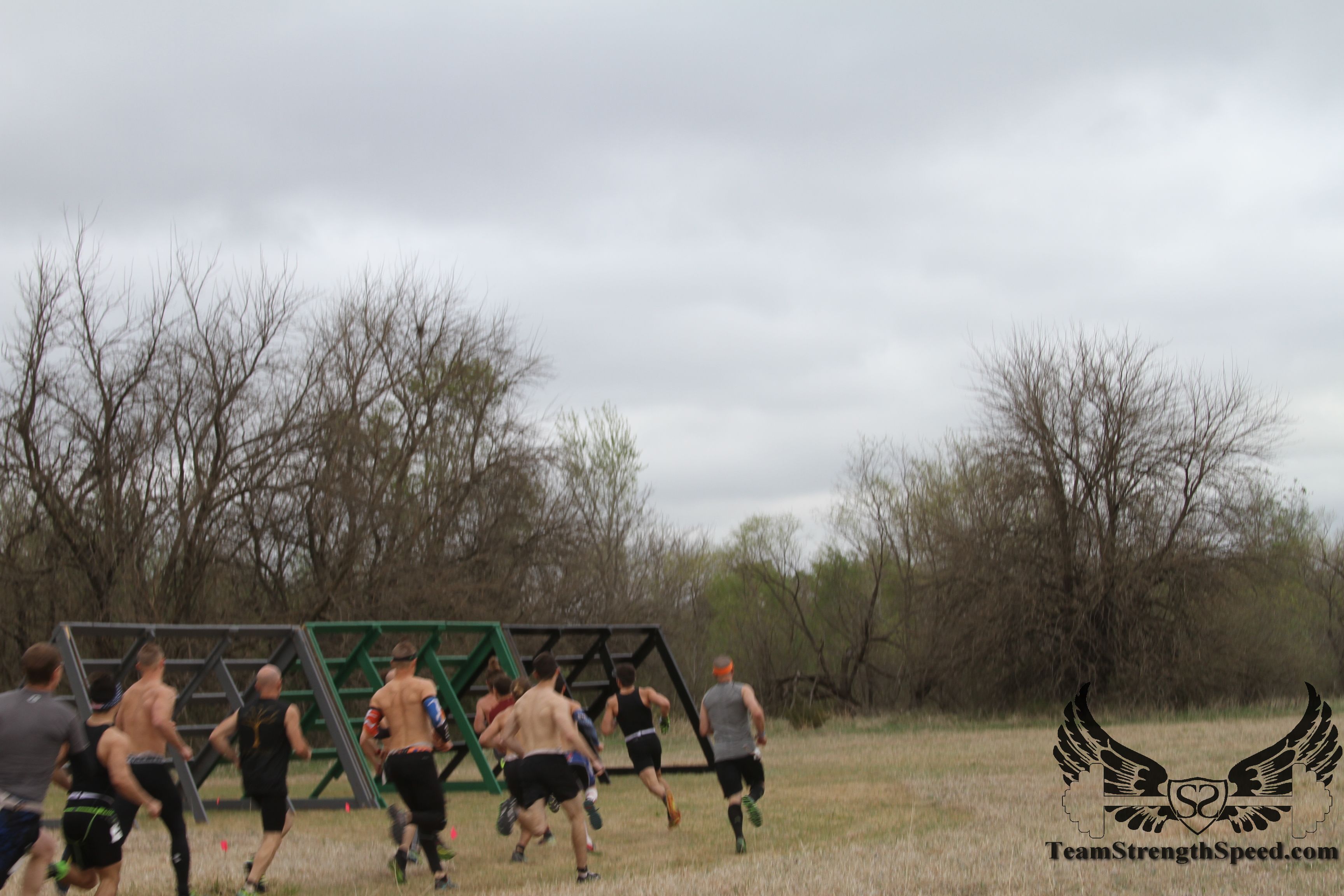 This past weekend Conquer The Gauntlet (CTG) kicked off their 2016 season with their first race in Wichita. Not surprising, CTG brought out some of their toughest obstacles to the start of the season off with a bang. 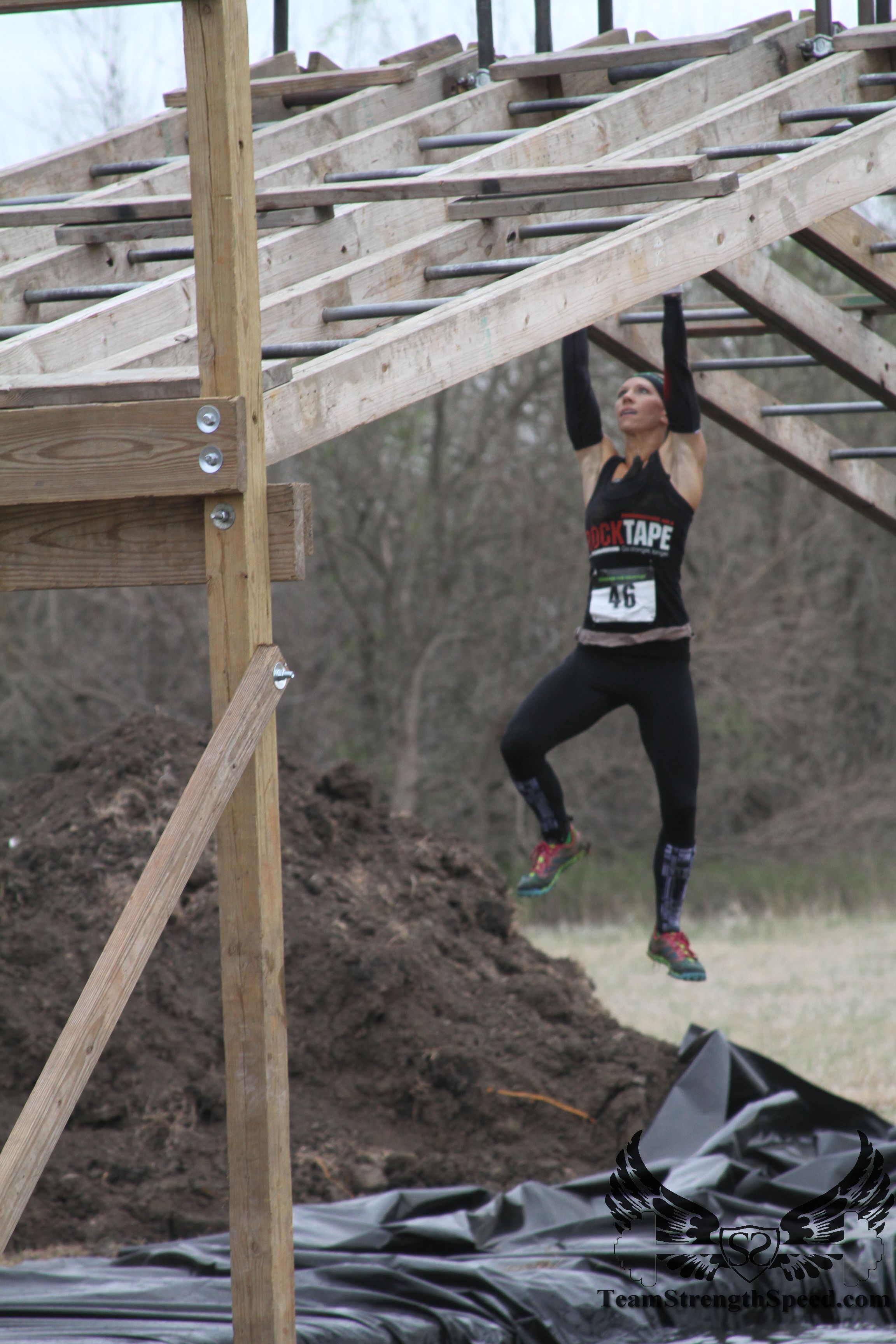 Despite being in the middle of the plains of Kansas, the course actually had some good variations in terrain. By using the natural elevation changes of a stream that ran through the venue, there was about three or four water crossing involving walking through the stream and two that involved crossing it using a balance beam.

Furthermore, the obstacles were set up primarily in two large open fields making it very spectator friendly. The spectators could walk through the fields to take pictures at the obstacles and at certain points actually maintain pace with runners who were required to weave into and out of the woods between obstacles. 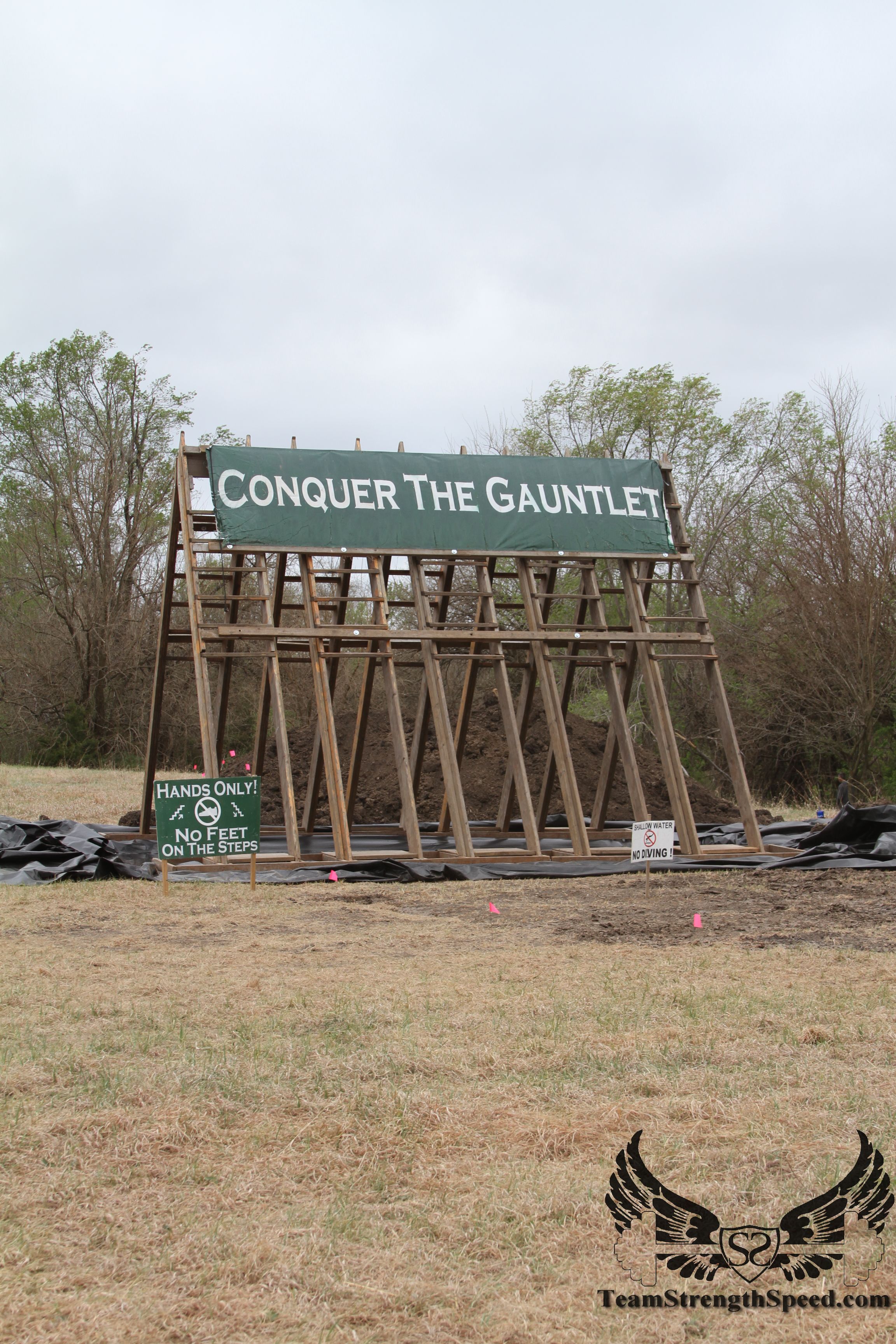 The classic CTG obstacles made their appearance including Stairway To Heaven (which will be featured at the OCR World Championships). Besides the standard set of obstacles such as barbed wire low crawl, low walls and monkey bars (Cliffhanger), there was also some twists on some OCR favorites, including five 8 foot walls spaced closed together. The close spacing prevents the running start associated with similar obstacles on most courses. Additionally, there were three different balance beam obstacles, two on shaky beams over water and one super long zig-zag balance beam.

Pegatron (which actually debuted at their final event in 2015) was at CTG Wichita in full force. The obstacle requiring about 8 feet of traverse wall foot holds with pegboard hand holds, transitions to a full on peg board with hanging legs for about 8 feet before transitioning back to a traverse wall foot holds for the final section. Other new obstacles included a 60-degree incline ladder requiring climbing and “Belly of the Beast”, a cargo net that requires crawling downhill on the bottom side of the net. Belly of the Beast was clever and fun, yet simple, and I will not be surprised to see other companies stealing this idea for a similar obstacle.

The festival seemed popular including an espresso/coffee truck and a food vendor. Additionally, sponsors were present providing free samples and selling supplements on site.  Included was a company (Evolve) selling Paleo products and offering free samples, which was nice for athletes that enjoy a strict diet.

Parking was cheap ($10) and very convenient. I think I parked about 10 feet from the gate….amazing. 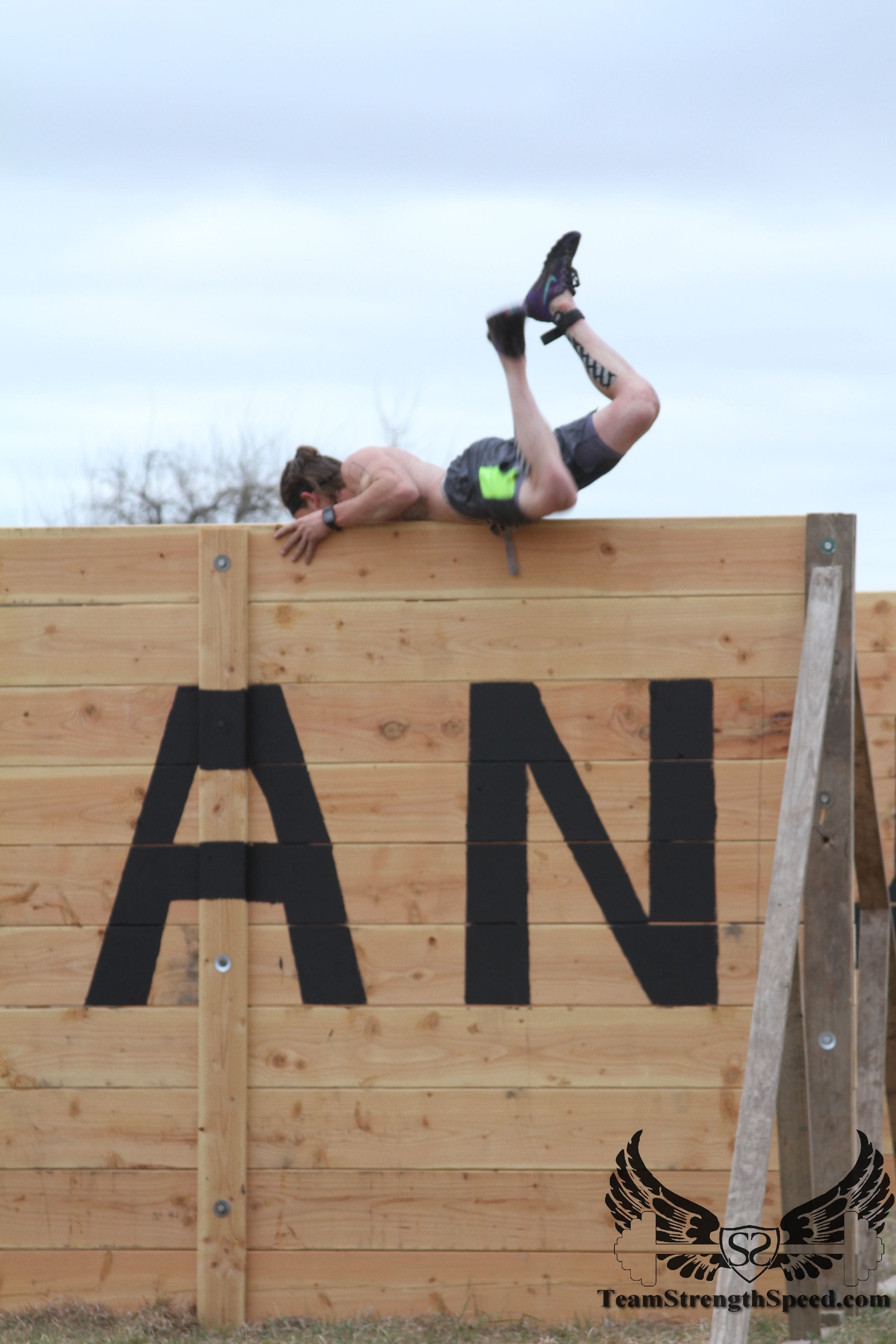 Cody Peyton clearing one of five 8 foot walls before the finish line.

The only issues I heard people complaining about was the timing chips and the difficulty of some obstacles.  Regarding the timing chip, athletes were required to get a timing chip at a different 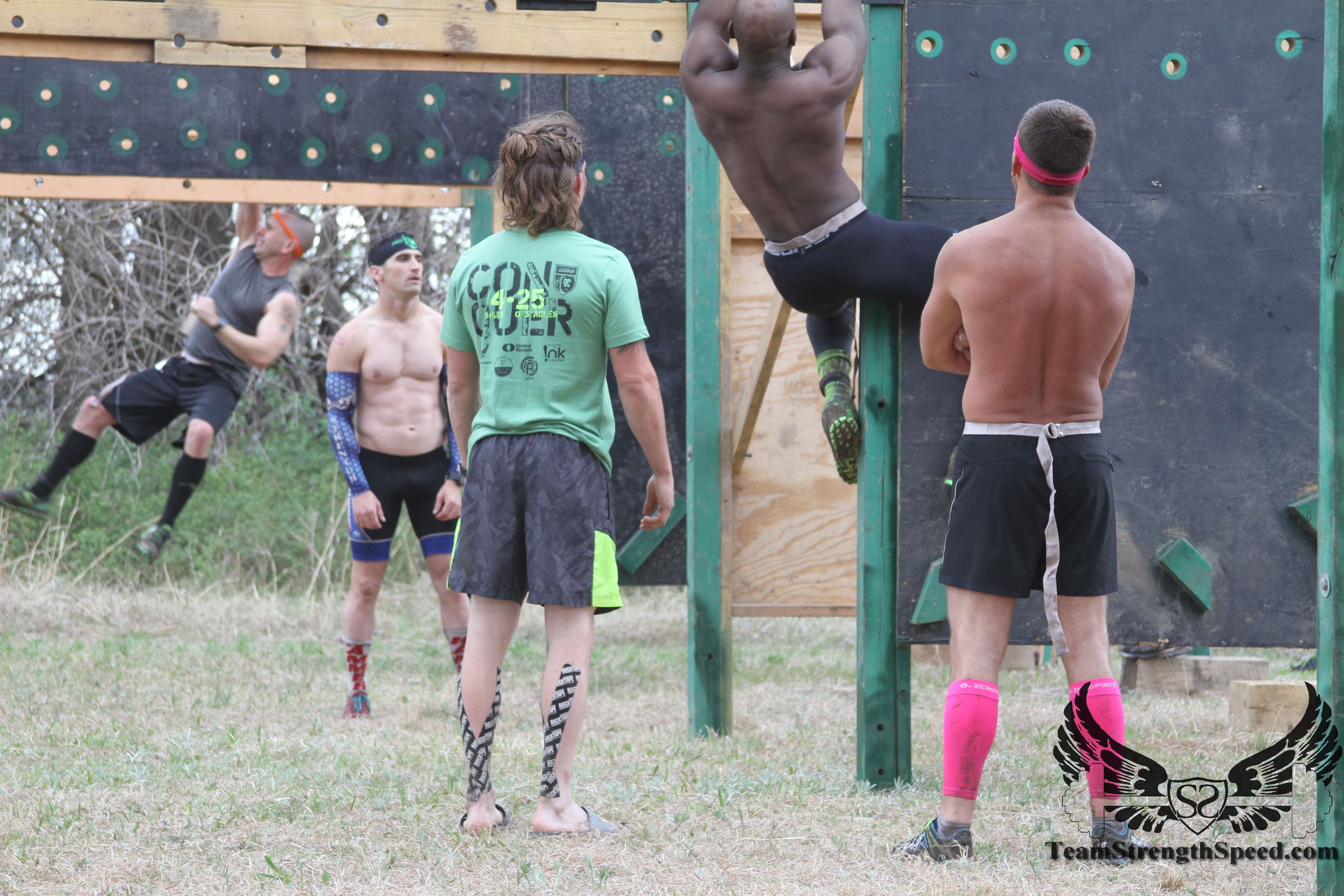 CTG Pro Team Members back on the course after the elite heat providing tips and techniques to athletes attempting to cross Pegatron.

station than the registration station and just like at a Rugged Maniac, they are two separate areas. I know my volunteer told me to get a chip, but I guess they did not tell everyone.  Resulting in some athletes running without one, but the issue was corrected at the finish line regarding placement.

Additionally, like most challenging races there was some talk of the obstacles being too hard for females (or some people thought for all competitors), but that is always a delicate balance. Furthermore, people’s impression of hard changes with time, so while some of the new competitors might think that, some of the seasoned veterans loved the new challenges. I think if you looked back on the OCRWC Platinum Rig in 2014 (where 9 Elite Women completed the rig) and put the same rig on a course today, you would hear the same OCR athletes, male and female, that failed the obstacle in 2014 complain that the rig was too easy.

Overall it was a lot of fun. CTG, a family run business, brings out high-quality obstacles with a family feel, something you do not get at a big race. Whether you are an elite OCR athlete who claims to be an obstacle specialist, seasoned OCR athlete looking for some new challenges or an open wave competitor looking for some fun new obstacles to try, CTG has a place for you. Their next race occurs in Dallas (which has very cheap plane tickets) on May 14th. 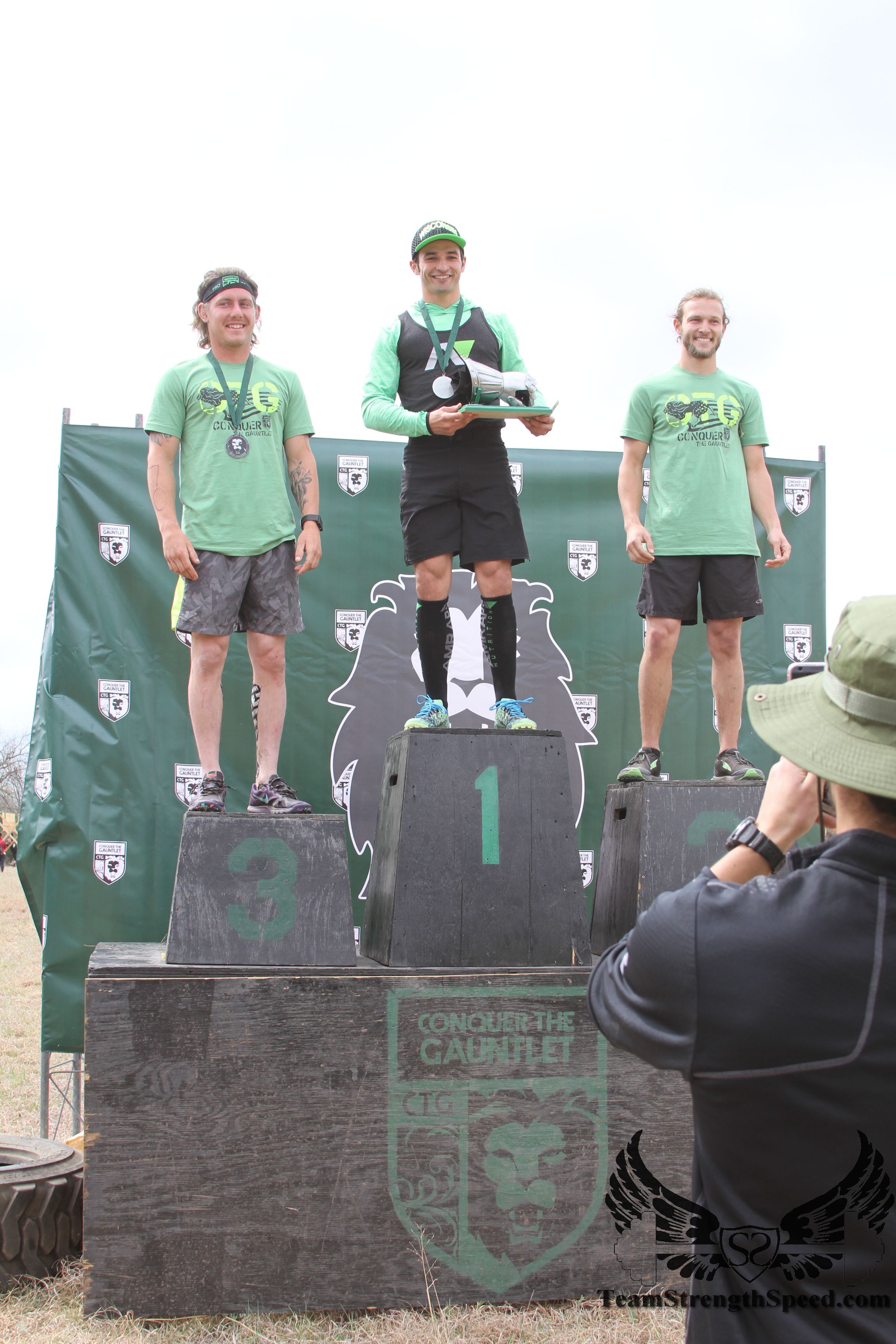 Use discount code CTGMRG for 10% off your Conquer the Gauntlet registration!