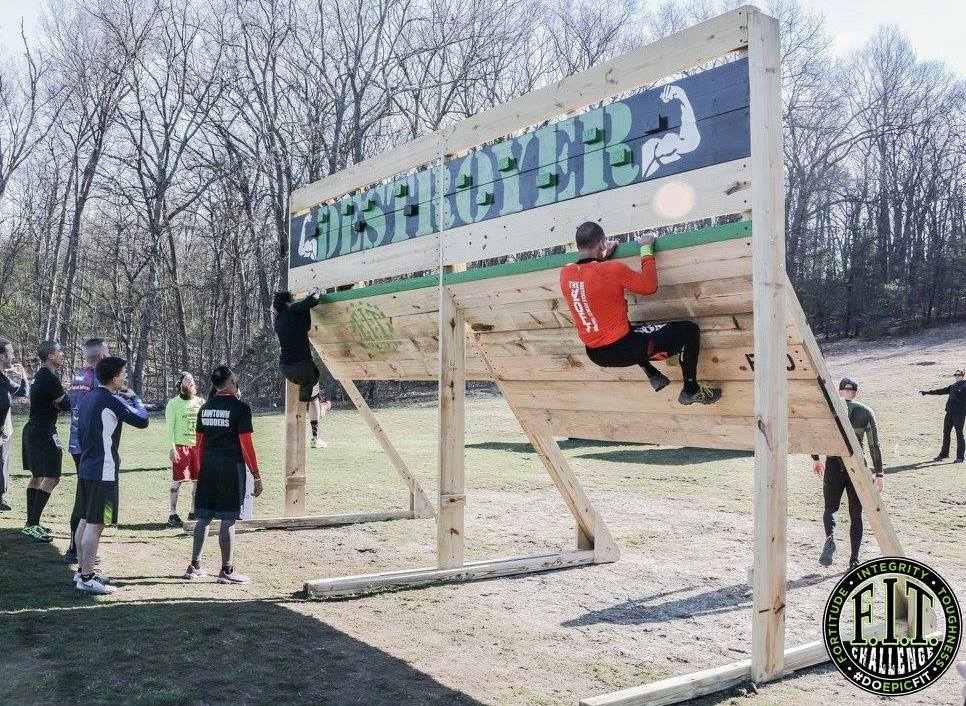 F.I.T. Challenge has been on the New England scene for a few years now. The popular local series offers both spring and fall versions of its race and recently held their sixth event. I've missed the last few races in the series but based on the glowing reviews from previous events, I was excited to see how they've grown and improved.

The race returned to the scenic Diamond Hill State Park in Rhode Island. Once a former ski slope, the venue boasts plenty of steep hills and technical trails which F.I.T. took full advantage of. Parking was literally step from the venue, allowing athletes to store their belongings safely in their cars – a rarity at most other OCR events. 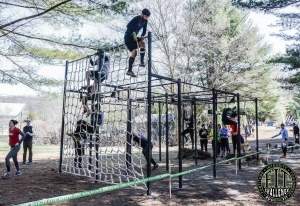 Understanding that every racer's abilities are different, F.I.T. Challenge caters to all runners, from the novice weekend warrior to the hardcore veterans. To be considered for awards, the elite division faced mandatory obstacle completion. Fail an obstacle and you're out of the running. Simple as that. Open wave runners didn't have such strict requirements. Try any obstacle you’re comfortable with, get help or simply skip past it with no penalties or judgment rendered.

Also, as an additional challenge, the race offers a multi-lap option called “Survival of the F.I.T. Test” Any athlete interested in competing is given a special armband and simply pays a small donation for each additional lap completed. Plaques were offered for most laps of the day and for anyone completing three or more laps. Even the folks that weren't interested in competing for awards but wanted to run an extra lap or two were more than welcome. No need to wait for a new wave. Just take off whenever you're ready, free of charge. 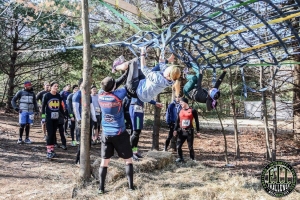 The course didn't waste any time in having you gasping for air. Within the first few minutes, you are sent straight up the hill to the top. It was an immediate indication of what to expect for the remainder of the race. The terrain changed from steep, rocky inclines to scenic trail runs and slick downhills, never really allowing you to get comfortable. The course was well marked with plenty of enthusiastic volunteers. The obstacles challenged your power and agility. Along with uphill log and sandbag carries, your upper-body strength was put to the test by placing the cargo strap monkey bars, peg board and rope climb obstacles in succession.

Along with many of the standard 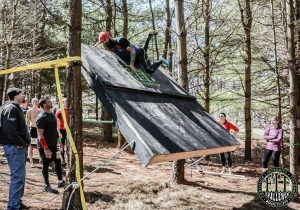 obstacles including a multi-rig, cargo net and herc hoist, they also incorporated some unique offerings. The creativity of a few' floating' walls that were suspended above the ground increasing the difficulty as they swayed from your body weight. While certainly not intimidating, the crawl under the picnic tables was surprisingly tough.  The signature obstacle would have to be the “Destroyer”, a hybrid wall featuring an inverted wall that transforms into a straight one at the top. With the only assistance being a few hand blocks, it proved challenging for even the most seasoned runners.

The course layout helped to alleviate any possible bottlenecks.  The only wait I can recall was at the cargo strap monkey bars. But with it being a somewhat technical and slow obstacle, I'm not sure how it could be avoided. The only minor complaint would have to be at the inclined military crawl under some intertwined rope. I ran early in the morning for the second wave and many of the rope sections had already begun to sag to only an inch or two above the ground. Not a huge deal but still annoying and I imagine it only got worse as the day progressed. 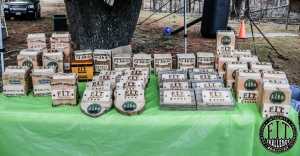 All finishers got a nice quality medal, t-shirt, neon green wristband and black headband. There were a handful of vendors on site and plenty of space to not feel congested. This was also one of the only races that actually offered a healthy food alternative to the typical fare. The paleo inspired menu included grass fed burgers, grilled chicken sandwiches, and protein smoothies. Hopefully more races follow suit. The relaxed atmosphere was a perfect place for a family day trip. There was a kid's race available and spectators were allowed access free of charge. 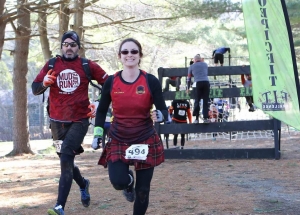 The success of F.I.T. Challenge is more than just the well-organized course and the obstacles. While offering a race that compares favorably with many of the big box events, the series provides a more local and personal feel.  The hard work and passion for the sport is readily apparent and helps separate the event from a crowded field.  As a testament to the quality of the race, it's been recognized as an OCR World Championship Qualifying event. The multiple lap option has certainly caught on and may be a model for other race series.  The number of people participating in the “Survival of the F.I.T. Test” exploded from only 50 participants to well over 150 for this race. With a goal of being the best small race and most difficult 5k in the country, F.I.T. Challenge is well on their way!

Save on Your Next F.I.T. Challenge