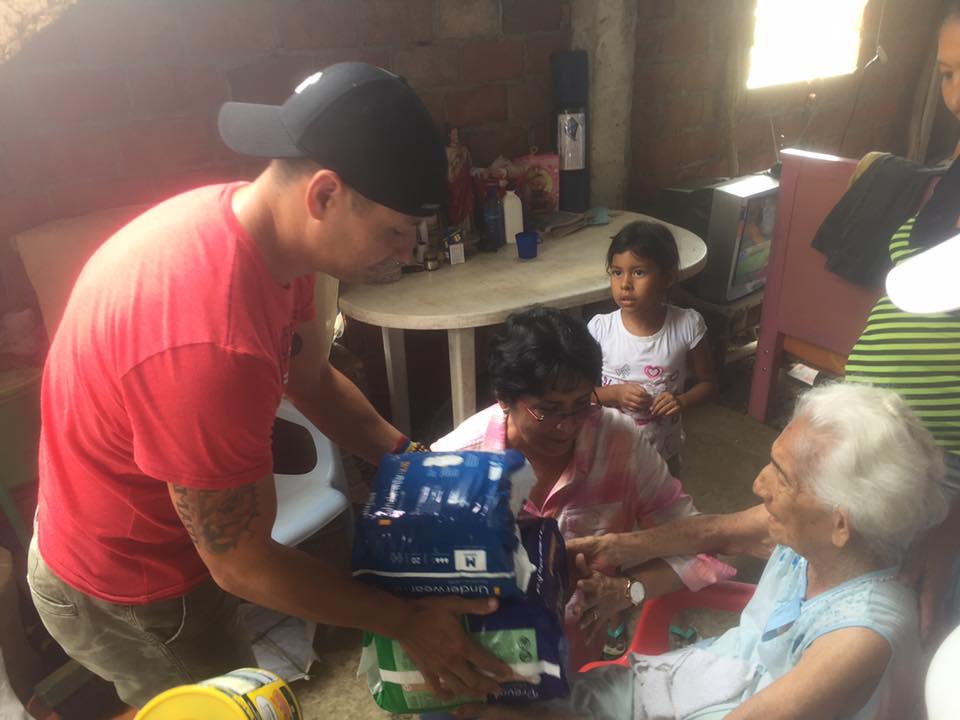 On April 11, 2016, Allan Ajoy's life took an unexpected turn when he was laid off from a job he loved at BattleFrog Series. Little did Ajoy know this would end up being a blessing in disguise. When most people get laid off from a job they love it can be devastating, heartbreaking, and leave a person bitter and cynical. Ajoy had been a beloved member of the BattleFrog team, and many in the OCR community were saddened when he was let go. His infectious smile and unbounded kindness would quickly be put to use in a completely different way and lead him to a new passion enter his life. 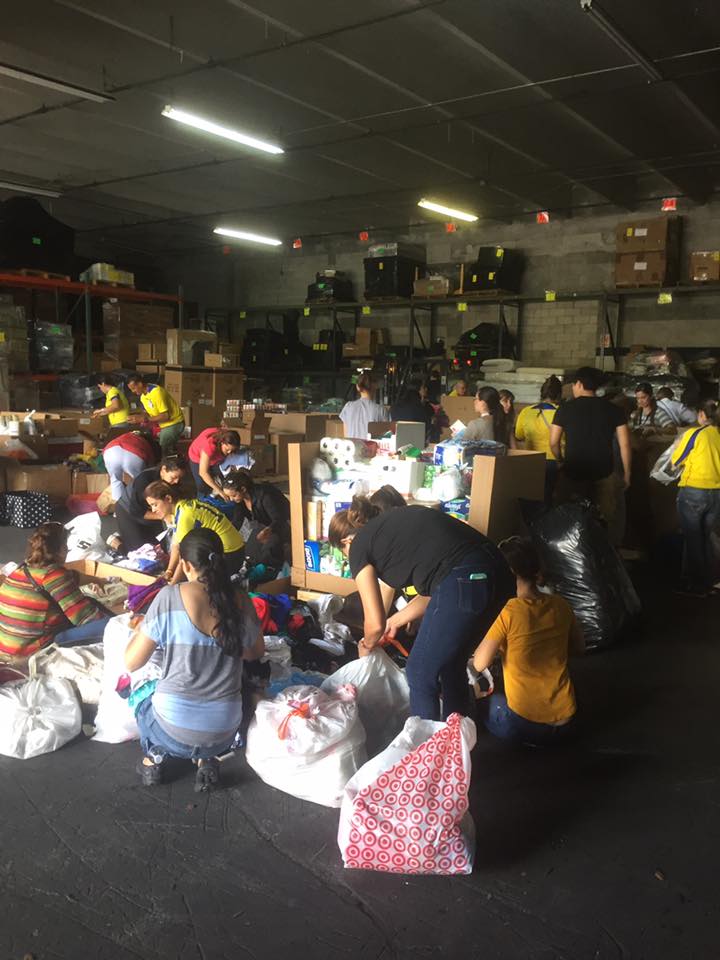 On April 16 a massive 7.8 earthquake shook his home country of Ecuador. The earthquake was the biggest to hit the region in decades. Hundreds of people were killed in the quake and thousands hurt. Water systems in the country were destroyed and according to Unicef over 560 schools destroyed and over 10,000 building damaged or destroyed according to a recent New York Times article.

Before the initial aftershocks were over Ajoy was already mobilizing aid from his home in Florida. For a week after the quake, he helped to collect toilet paper, diapers, clothing, water, repellents, tents, and more for the victims of the earthquake.

Ajoy worked tirelessly to help his home country in the wake of the quake working with others to help collect a warehouse full of supplies for the suffering nation. His infectious kindness and smile were once again being put to use as the donations continued to pile up. While for many the story would end there but not for Ajoy. Collecting items were not enough for Ajoy, with his new found free time he booked a ticket to his home country. 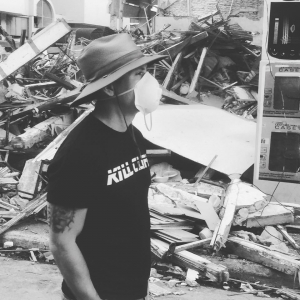 “After being volunteering for a week, I realized I needed to be there [in Ecuador]. I needed to see my family… My heart was there, so I didn't think about it and booked a trip for that Sunday.”

Ajoy spent over a month with his boots on the ground helping to rebuild communities and share his infectious smile with all those around him.

Shortly after Ajoy arrived in Ecuador, he met a group called “Desafio Chile,” a Chilean group with experience dealing with the aftermath of natural disasters. The organization helps rebuilt communities through donations. Ajoy joined them and traveled to the two largest states that were affected by the earthquake, Manabi and Esmeraldas. He worked with this group for about 23 days helping wherever he could. He continued to visit towns and truly began to grasp the magnitude of this natural disaster.

“The thing is… an earthquake doesn't care about money or anything it destroyed buildings, business, homes, made poor people poorer…” – Ajoy 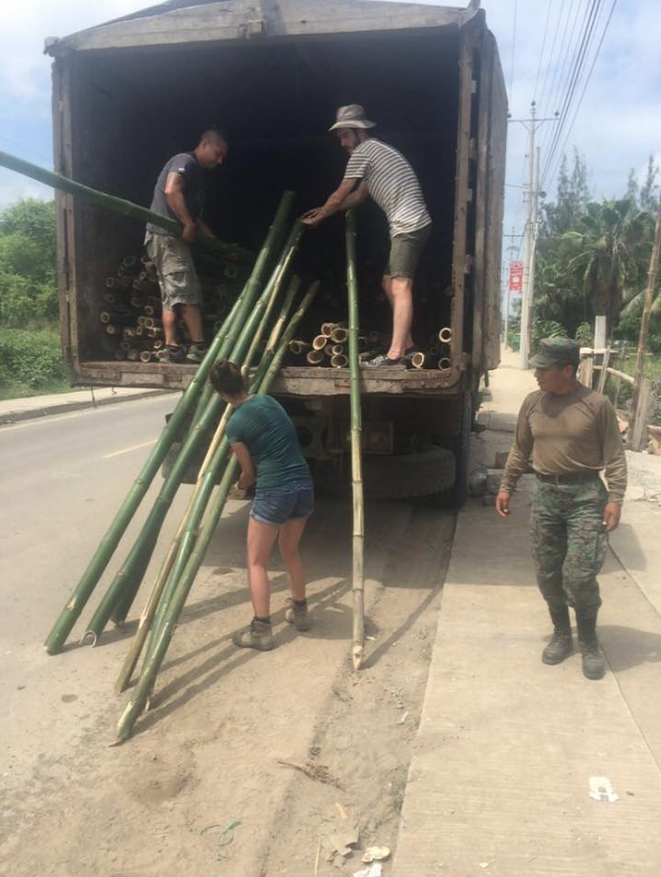 During his time working with the organization, he and others helped to ensure the Miami donations made it to the people most in need in Ecuador. They transported and carried bamboo trees to build shelters for those who lost homes. Along the way, the group held little parties for the local kids. Ajoy said they “are very affected by the earthquake” and predictions are that quakes will continue for the next six months to a year. These parties brought a sense of normalcy to the young lives which are currently anything but normal.

After almost a month working with the Chilean group, he felt he could do more.  Ajoy said, “I realized we have to focus on something because we were helping but at the end of the day we felt nothing has been done.” So Ajoy did just that, he focused his efforts on two projects in the Briceño and “El Verdun” communities.

Briceño is a small beach town where all the restaurants were affected by the quake. Ajoy and friends have been focusing energy on rebuilding the community and bringing people back to the area. He has helped to organize a 13K race (5K on roads and 8K running on the beach) which will take place on June 25th.

The other project El Verdun focuses on a small farming community of 50 families and 61 kids. Ajoy is working to bring the first school to the area for the 61 children to give them access to education. In addition to building the school, they are also working to create a clean water system for the families to ensure healthy and safe water for the community. Ajoy quickly fell in love with this community and has become a “godfather” for the children.

“I fell in love with all those kids so I decided to be their godfather with all my friends and whoever that wants to help: I am collecting from USA and Ecuador also: shoes,(yes some of them don't have shoes or sandals) toys, clothes, medicine.”

Ajoy recently returned home and already is planning his next trip back to Ecuador in June to continue to help in the aid efforts. For Ajoy, he has turned his departure from BattleFrog into a massive humanitarian aid effort and a new passion in life. He told Mud Run Guide… 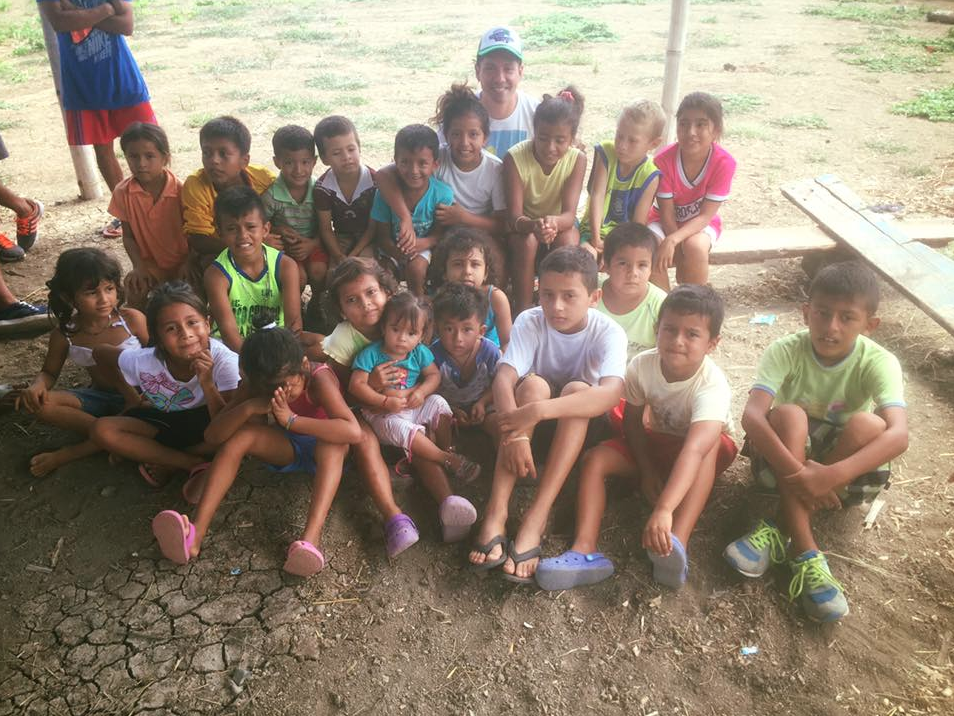 “What happened to me in BattleFrog was a blessing in disguise. I was able to return a little bit of me to my first land where I was born. I didn't realize how much I love my country or how much I care about it.”

The future is wide open for Ajoy. His goal in life now is to continue to help people. For those that have known Ajoy through the OCR community, this passion comes as no surprise. He is currently working on creating his own non-profit to continue to aid those in need called “hero4hope” and now working through the long IRS process. Ajoy knows that after his next trip to Ecuador he will be back on the job hunt but hopes to find a place where he can continue to help those in need especially children.

For Allan Ajoy, being let go from BattleFrog was a devastating, but he now knows that the universe had alternative plans for him, and he is embracing the change and helping to make the world a better place one smile, hug, and laugh at a time. Ajoy finished our conversation with these parting words… 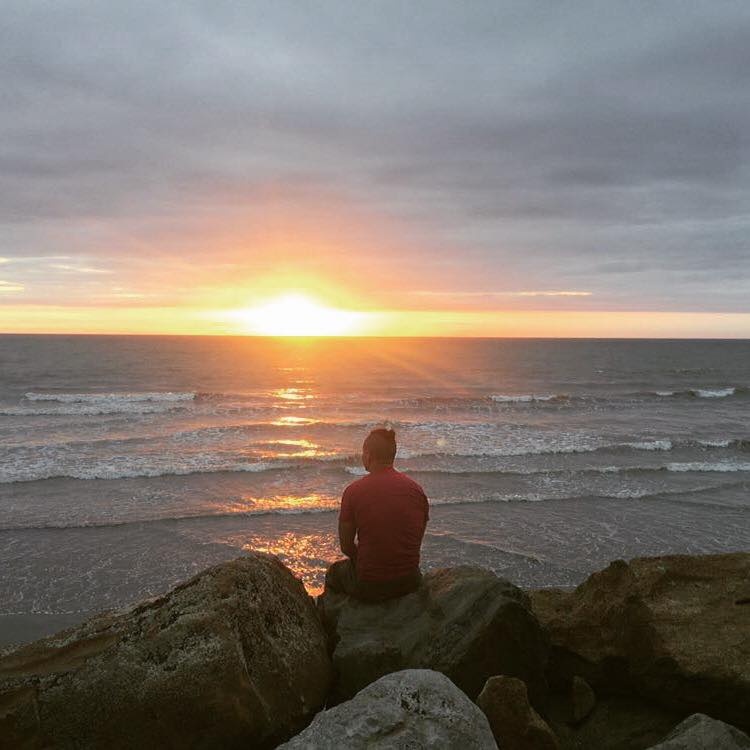 I wake up every day now different.

We sometimes get confused about “life”.

We only see what's around us.

It is not our fault.

It's how the system works around us.

A higher power gave me this opportunity…

We just need to be grateful and just be aware about the person next to you.

That will make a difference.

Want to help out?

Consider a donation to the GoFundMe Ajoy created.