When it rains, it pours…literally! Racers all over braved the elements to hit the courses this last weekend, with threats of full-blown storms and hurricane warnings in several areas, OCR showed Mother Nature that it is not easily scared – and people came out, rain AND shine to hit one of many of the events that we saw across the country. From 5 and 8k’s to the coveted Ultra Beast or a 30+ hour grueling endurance race, maybe even a triathlon in paradise; there was a little something for everyone – from the new and curious, to the seasoned and, well – downright crazy. So let’s start slow and work our way up…

A little bit of family fun was in order to balance out all the hardcore going on this weekend, and MDD fit the bill perfectly. With obstacles designed to bring the kids out with their mud-loving parents, and rubber duckies (that you had to carry with you through the race) galore, it was a perfect introduction into OCR for all people big and small. Our own Chris Lewis was there and said

“The Muddy Duck Dash returned to Georgia for a fun, family event. This year they completely did away with timing/results and focused on fun. The obstacles on the course were not super intensive – but that’s not what the course was designed for, and judging by the amount off families seen on the course, it provided a great morning of racing and fun for everyone who showed up. And when a race has free parking just feet from the start, that’s hard to beat!”

They also raised $500 for the Southeastern Brain Tumor Foundation – and we love them for that unto itself. 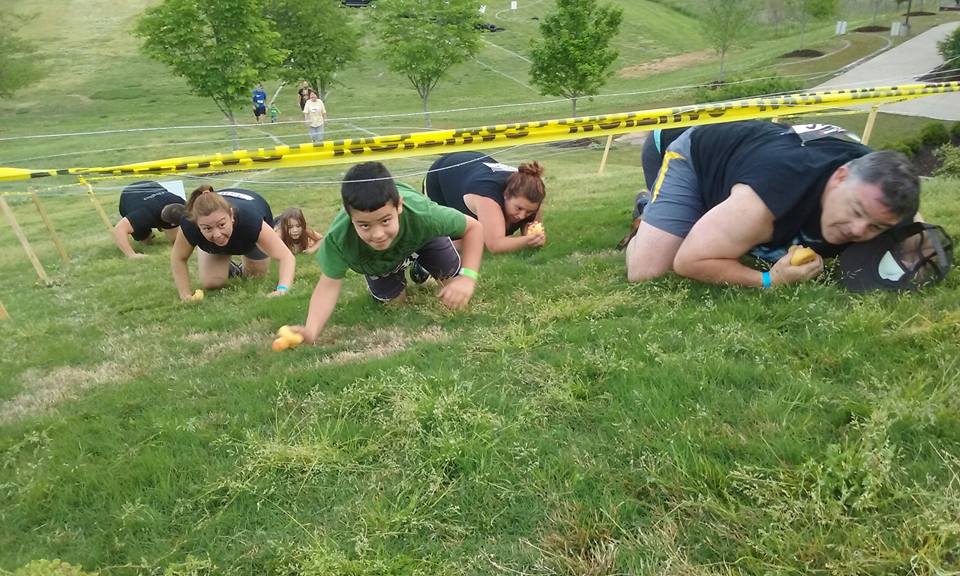 And speaking of fun for the whole family, Floridians (it is a word, my spellcheck did not yell at me) came out to get REALLY muddy and have a great time at this perfect introduction into OCR. Once again, the focus was not on challenge as much as enjoyment, and while we all love to GRRR loudly, sometimes this just fits the bill. John Wall came out to play and said this about it;

“Hialeah Armageddon Ambush, is like a cross between a color run and an obstacle course race. With many of the traditional obstacles seen at the major races, like mud and barbed wire, warped wall, cargo nets, ice craw, but without the over-the-top obstacles, making it a great race to bring along that friend who’s been on the OCR fence for way…too…long. A perfect chance to get them out there and show them what they’ve been missing!” 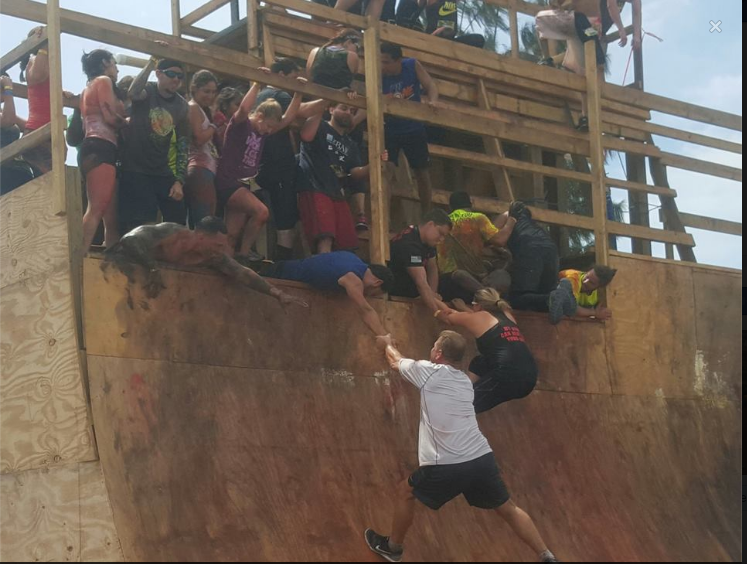 Now we get into our OCR staples. Screaming calves, whining forearms and burning lungs. Ahhh… home sweet home. On top of the obstacles themselves, the weather played some nasty tricks on the already taxed BattleFrog athletes by threatening to all but knock them off their feet. The staff worked double time to keep everyone safe, and stay on top of the reports that thankfully did not necessitate shutting things down. With many of the staple BF athletes spread throughout other events this weekend, it opened the playing field up for others to shine. Third Place female finisher Nikki Call, no stranger to BattleFrog, said

“Because of torrential rains and a few tornado surprises the BF crew had to remove certain obstacles, change the course, and rearrange the venue, but that didn't stop BF from making an awesome course. The rain stopped about fifteen minutes before the elite wave started, and held off for the rest of the day. It was muddy and the water crossings were chilly and made for some interesting obstacles. I’d say that BF can definitely make any course a great time with whatever they are faced with. Big shout out to the Crew, Volunteers, and all the amazing people that stuck with it and dominated the course! #Hooyah!”

Congratulations to all the podium finishers – Nathan “NaPalm” Palmer, Cody Peyton and Lee Stowell taking it for the men, and joining Nikki with 1st and 2nd for the women was Alexandra Walker and Robyn Fog 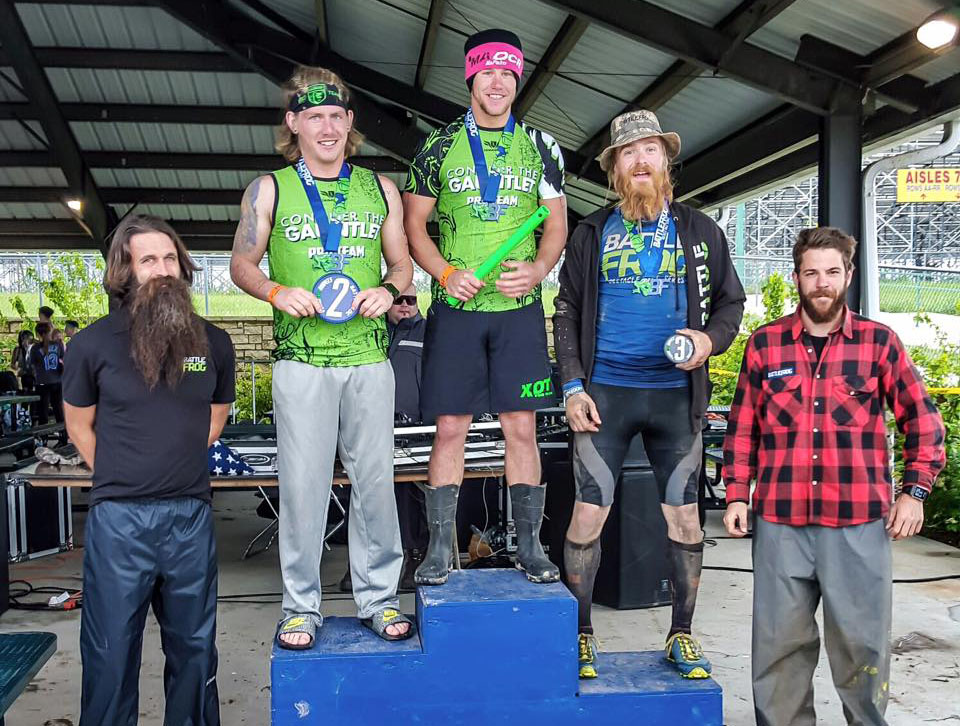 This is the race SO many of you have been waiting for since the season kicked off. While Saturday racers had to rely on the insanity of the course itself, Sunday racers were treated to proof that Norm Koch has indeed made some dirty deals with a particular underground entity. Rain, wind and cold took out many a racer on this already incredibly challenging course, and even without all that on Saturday, when it came to numbers on the UB, over 800 started, but less than half finished. Finisher, injured, time hacked or just plain unprepared, if you toed the line in that starting corral, you deserve huge kudos. Thankfully, no one appeared to get mauled by bears, despite the many sightings, and Norm’s best attempts. Next time, try bribing them with a picnic basket. (I know you just read that in Yogi Bear’s voice – admit it). Kevin Parrish was there and sent us pictures of the monster course throughout the weekend. He shared these thoughts with us

“Ever since Norm Koch was announced as the course designer of this event, it had been rumored that he'd let out his aggression on us. His last few events had seen his hands a bit tied by sanctions of sorts and he was finally going to have free reign again to bring his signature brand of pain. The rumors were all true. A near vertical start for the first three miles, treacherously sharp and slick rocks throughout, bears, and cold… Okay so maybe Mother Nature had more to do with those last two. There's no denying “Norm's revenge” was unleashed making every participant truly question their own sanity.”

In addition, when Victor Carrillo finished, he officially became the first person to complete their Endurance Trifecta!

The podium was full of truly impressive finishes. Taking it home at the Saturday Beast were Frankie DiSomma, Nick Fitzsimmons and Justin Anderson. Along with Ember Schmitt, Tiffany Palmer and Debbie Koch. For the UB we saw Derek Merkley (with the insane time of 7:03:37), Joseph Nuara and Liam Collins, Joining Sarah Verquet Moniz, Margaret Smith and BFX24 Female winner Morgan McKay. 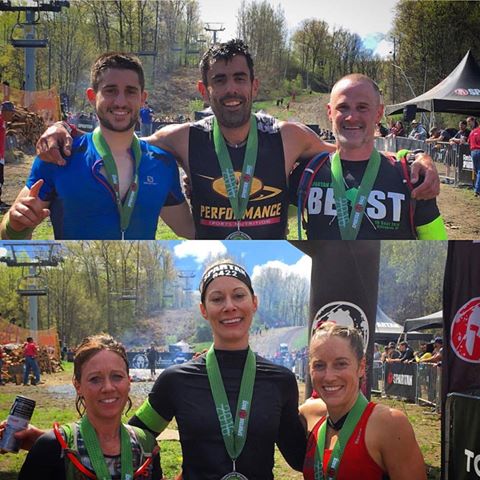 Hundreds talk tough about it. A hundred or so sign up. Half that show up. Fifteen finish. What the hell kind of event is this??? I personally have witnessed all but one of these beauties and in my opinion, what it is, is one of the best endurance events in the country. Learning from its predecessors and making it their own, the devious staff of the SISU IRON had quite a few tricks up their sleeves this year, including making the “30 hour” part of the event a total fake out. With extended hours, grueling tasks and some vicious time hacks, athletes humbly dropped down to a final 15 in the last minutes. But it was not all slogging and carrying. The tasks drew on a fascinating grab-bag of mental, physical and coordination skills. I am tempted to wax poetic here, but a full review is in the works. Daniel Villarruel was up for the whole event sending us pictures, videos and updates for everyone watching at home, and gave us this little snippet;

“The SISU IRON isn't a race, it's an adventure. For each individual their reason or burden for doing it is unique. It's about teamwork and leadership. It's about pushing your limits and discovering who you are and what you are capable of. It's about honing into your mental grit and allowing yourself to be vulnerable and strong simultaneously. It's about humility, suffering, and fun. You will have to complete physical and mental tasks outside your comfort zone, but in the end, it’s really about self- discovery.”

Congratulations to all that showed up, put up and stood up. Finishers and DNF’s alike, you are all amazing and we applaud you for putting it all out there. 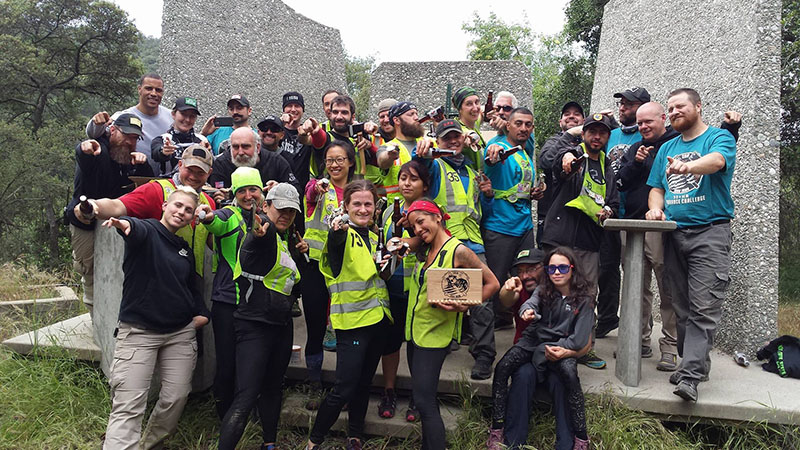 Our own Brett Stewart was a triathlon race director before he jumped into the wild & crazy world of OCR. Last weekend, he made his debut as RD down in Mexico at Rocky Point Triathlon at Las Palomas Resort. Wild wind whipped up some high waves on the swim and mayhem on the bike, not to mention a little sand-blasting on the way to the finish line! Of course, it was all in a day's work for the Sprint and Olympic distance triathletes with the largest field ever for this event – over 1000 participants including a fan-favorite 5k and 10k run along the ocean and scenic golf courses lining the beach.

Billed as the ultimate Swim/Bike/Run/Party, this event is a must-do for any athlete, and quite literally a triathlon in paradise! 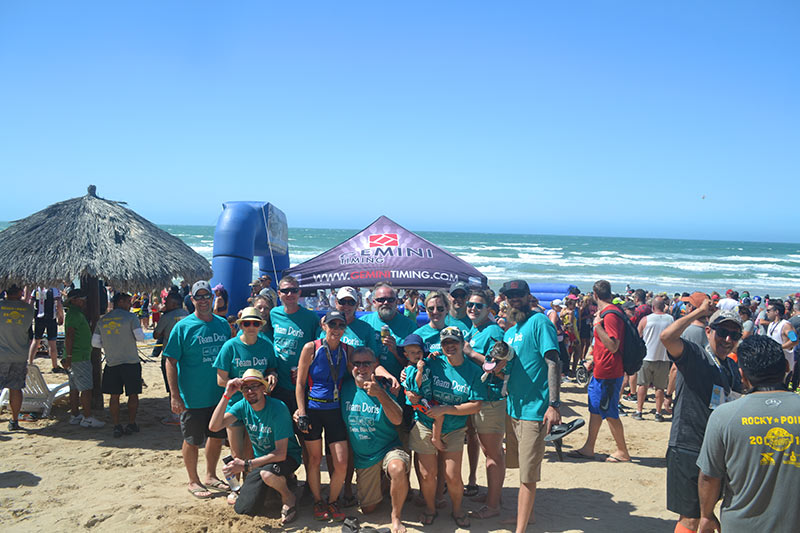 The legendary after party got kicked up a notch this year – after 4 hours of beach & poolside food, beer & live music, athletes were treated to a VIP after-after party at Banditos Cantina with a live show from Roger Clyne, the legendary frontman from The Refreshments and Roger Clyne and the Peacemakers. 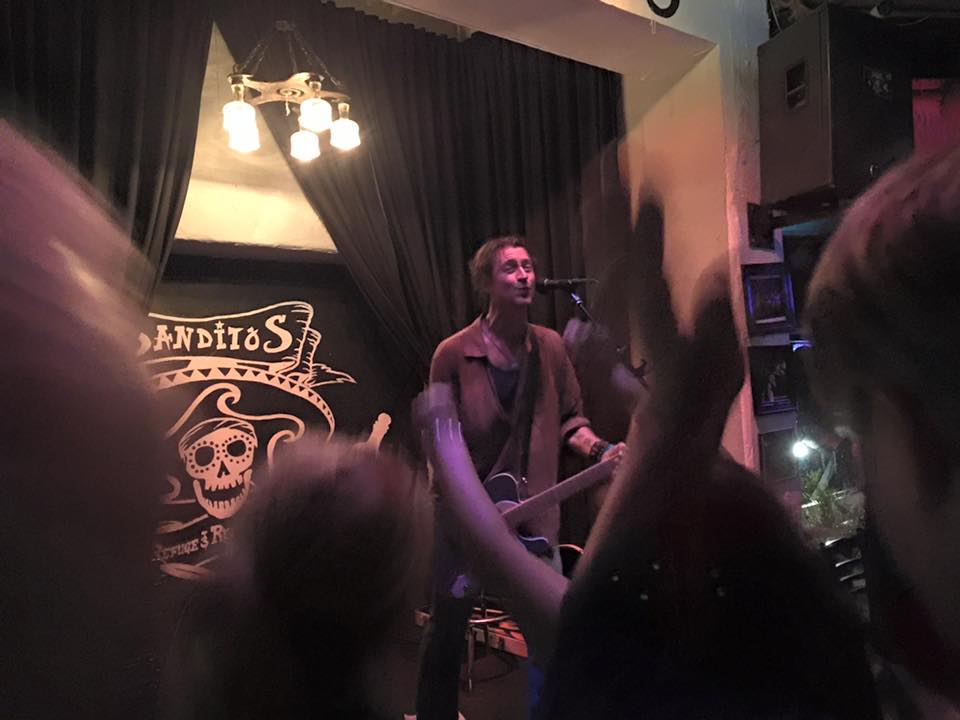 To learn more about this event, check out rockypointtri.com & tell 'em Roger sent you!