His and Her Race Recap: Tough Mudder Philly 2016 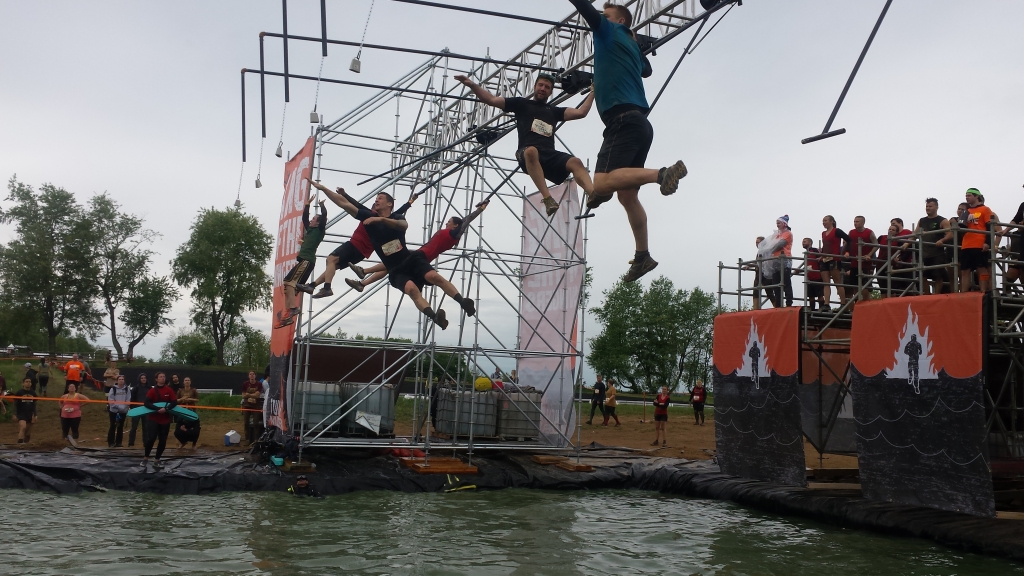 Jason– The first Tough Mudder event for many in the North Atlantic kicked off this past weekend in Coatesville, Pa. Tough Mudder Philly 2016 returned just eight months after a chilly October weekend which saw people wrapped in the metallic space sheets around every corner.

This was our second year attending Tough Mudder Philly, and once again the beautiful fields and hills of Coatesville did not disappoint. This past weekend was a mix of clouds and light rain with temperatures in the mid 50’s. The wind was nonexistent, so it didn’t feel that bad out there. You could feel the presence of Merrell; who has taken over as the headline sponsor for the TM events.

There were climbing walls set up in the festival area as well as a chance to see the new line of Tough Mudder Merrell shoes. One thing that had some people talking was the lack of a true merchandise tent. There was a small spot to buy gear, but it was nothing like the ones from years past.

Jason– Tough Mudder has been touting their new and improved obstacles all spring. They seemed to have impressed the masses with the new additions. Mudders got the chance to get dirty early with the “Shawshanked” obstacle quickly followed by “Pitfall.” A wet “Balls to the Wall” made a typically easy obstacle much more difficult as well as dangerous. 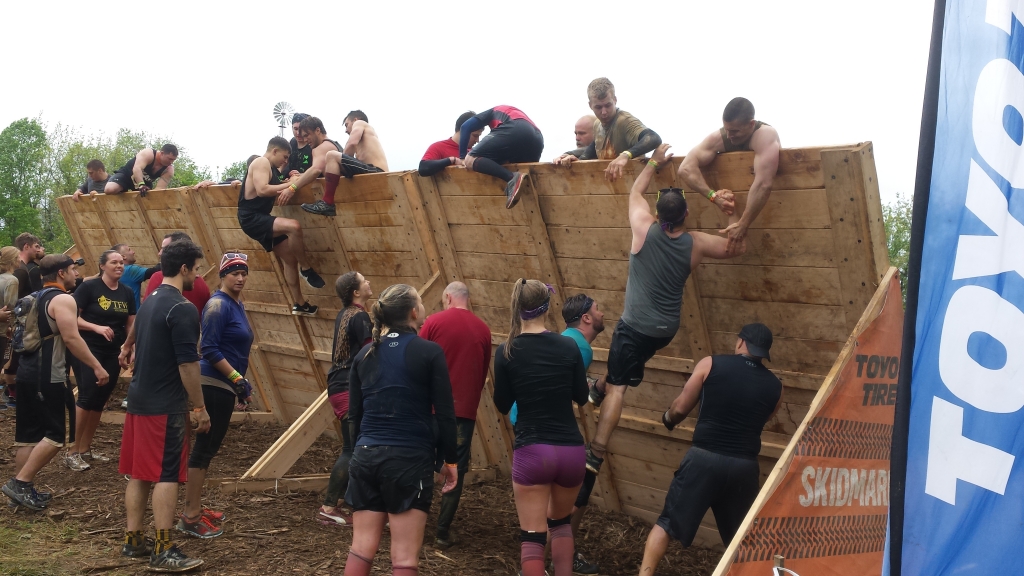 Pyramid Scheme made its return after being absent from I believe every Tough Mudder in the 2015 year. This obstacle required teamwork as it is impossible to scale the wall in the wet conditions. The teamwork continued to “Block Ness Monster” which has been reported as the highest tested obstacle Tough Mudder has in its arsenal. I heard people all over the place saying how much they enjoyed this obstacle. To keep it simple, it was fun! You had to work as a team to make it over the blocks, and the water was a nice temperature; which was a bonus.

The “Liberator” obstacle has been revamped for Legionnaires so that you only get one wooden peg to make it up the wall. “Rain Man/Cage Crawl” seems to be the replacing obstacle for the Cry Baby. Navigating the water obstacle while trapped under a cage seems more difficult than it is. The ever challenging “Funky Monkey 2.0” and the “King of Swingers,” with the bell clearly moved out a foot or two further, rounded the course out. The “Frequent Flyers Club” was fun, but you just jumped off a platform onto a giant balloon.

Lisa– The course had a good mix of physical and mental challenges and few new challenges that I had not seen before. “Shawshanked” was one of my favorites which included pulling yourself thru an inclined pipe by a rope and ended with a nice mud/water bath….exiting the pit gave a pretty good introduction to the mud early on the course.  My all-time favorite obstacle for 2016 is “Block Ness Monster”. 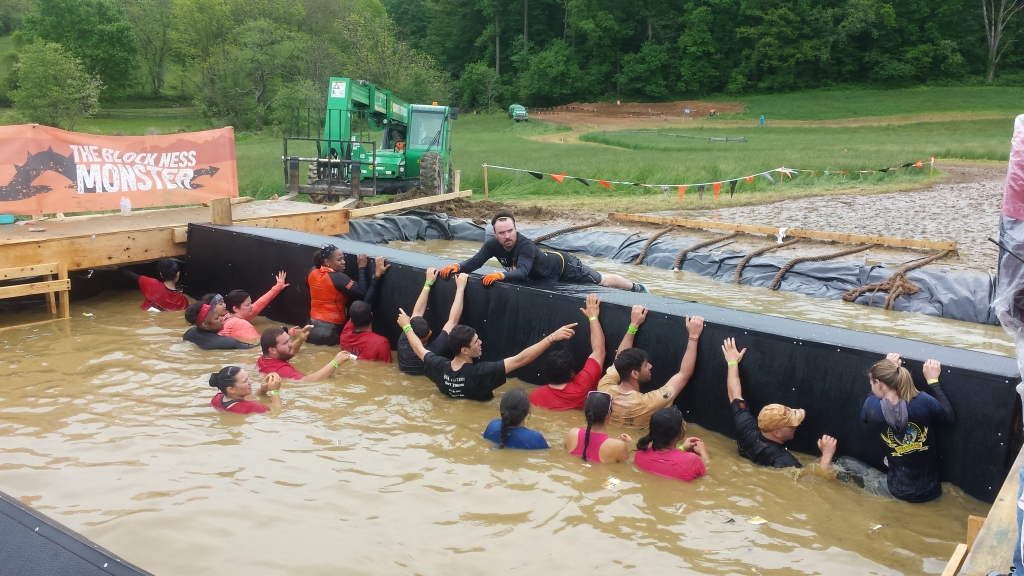 This challenge necessitates teamwork to pull yourself over a series of rotating blocks in the water.  Another notable challenge this round was balls to the wall.  While it may have been the rainy conditions of the day, the wall and footholds seemed taller and harder this year than in previous events, and there was some delay at this location due to mudders having to work a little more cautiously here.  Everest also had some added difficulty due to the rain.

The addition of “Backstabber” added a new level of difficulty to the liberator obstacle and was a great accomplishment once completed.  When the course map came out, I was disappointed to see that Mud Mile 2.0 was only done once this year.  I will say, it was enjoyable and given the other new obstacles, I did not miss the second push thru the mud mile.

Lisa- With the addition of a few water obstacles this year, the mud has the opportunity to be rinsed off your body a little more than in previous years….but don’t worry, there is still plenty of mud to go around!  With obstacles like “Kiss of mud”, “Pitfall”, “Mud Mile 2.0” and the occasional jaunt thru a creek or mud pile, you won't leave this event clean!  Several steep hills in the woods had become a challenge in themselves as they were rain soaked from the morning and previous day’s precipitation. 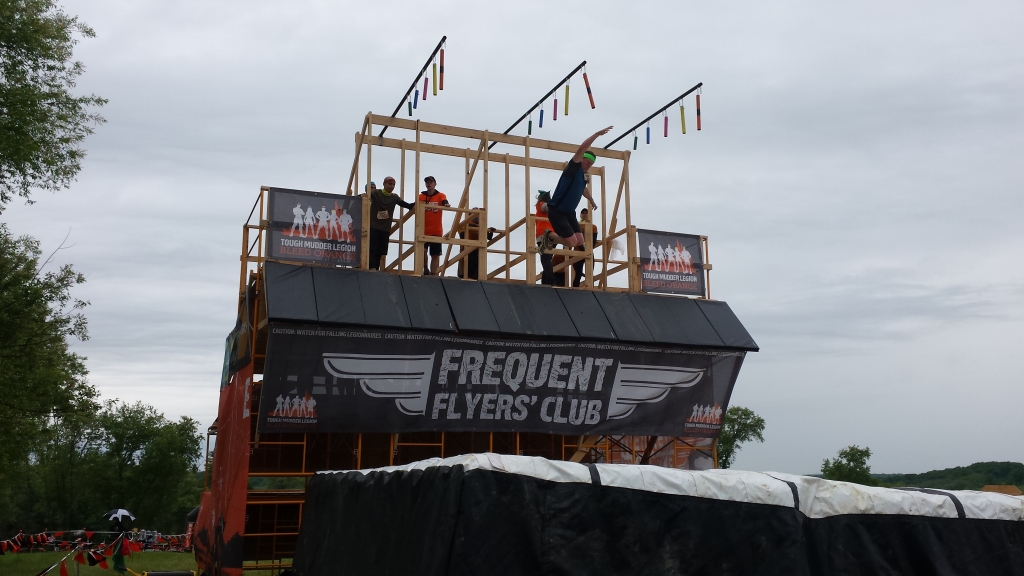 Jason– This was a great course! The light rain made for a perfect storm of both challenge and fun. In 2016, Tough Mudder has thrown more team-building obstacles into the course. In a non-timed event, the teamwork element allowed many Mudders including myself, a chance to hang around obstacles and help others out. I am already excited for my next Tough Mudder event!

Save $25 on your next Tough Mudder with code MRGU25

Save $10 on your next Tough Mudder Half with code MRGU10