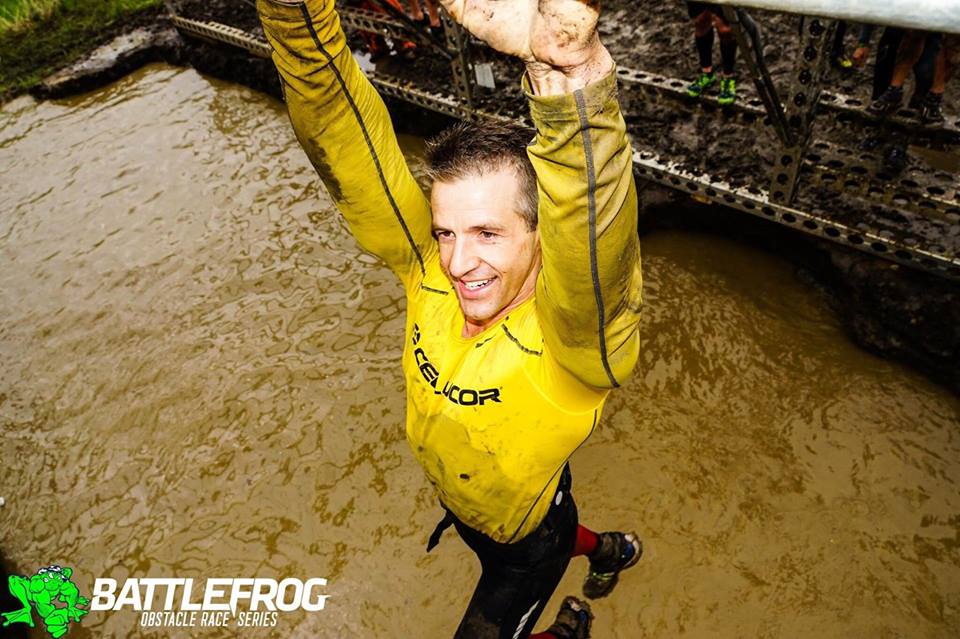 I recently attended BattleFrog Kansas City and much to my surprise I saw a familiar face on the starting line. Team Cellucor Athlete Eric Jenkins the 100x+ Tough Mudder Century veteran was there standing next to me getting ready for his first BattleFrog. “Are you lost?” I said, “Shouldn’t you have a Tough Mudder this weekend?” He responded with a “No, I actually only have one Tough Mudder on my schedule this year….but I have seven BFX events.”  WHAT!?!?!

In 2015, in BattleFrog Cincinnati, I also ran into ultra-running Strength & Speed athlete Jordan Smith on the course along with World’s Toughest Mudder (WTM) Community moderator Melissa “Sharkbait” Dugan and “Spiderman” (Andrew Ekberg).  All of these athletes are experienced Multi-Lap Legionnaires and were specifically named in my article on the topic.   Add in the addition of a BFX Community (sound familiar?) and I start to wonder if the obsessive multi-lap ultra-OCR athletes have found a new home. 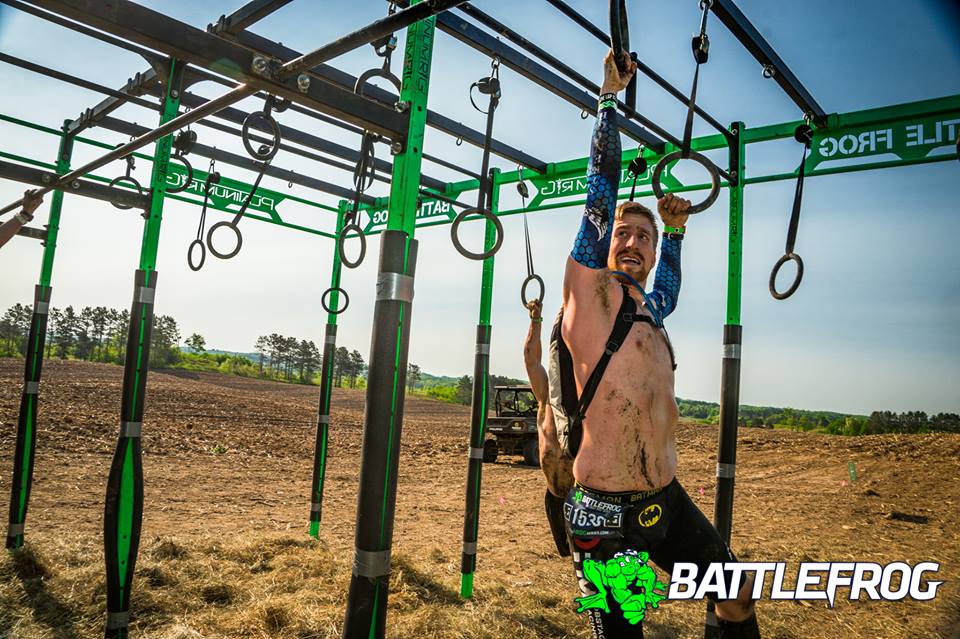 The desire for progression is natural in any endeavor and OCR is no different. While Tough Mudder has some very innovative obstacles, most are not considered “physically hard” by those that race competitively with Funky Monkey variants typically being the most physically challenging. On the other hand, if you put Funky Monkey into a BattleFrog event people probably would not even recognize it as a one of the harder obstacles. BattleFrog has not only monkey bars but also two Platinum Rigs, Jerry Can carries, Tip of the Spear and walls that tower over Tough Mudder’s.

Although the same type of crazy that is drawn to multi-lapping Tough Mudder’s is drawn to the BFX Community, it is not the same (notably a lack of obsession with bacon and pop tarts). The competitive nature of BFX (everyone wants that big medal and the very competitive want that trident), means the sense of community will not be as strong because there is an underlying competition. Tough Mudder manages to avoid this by only having a single timed event a year (World’s Toughest Mudder) and having multiple obstacles on their courses that require teamwork. Furthermore, that sense of community takes time to develop and BFX is just past its first birthday. 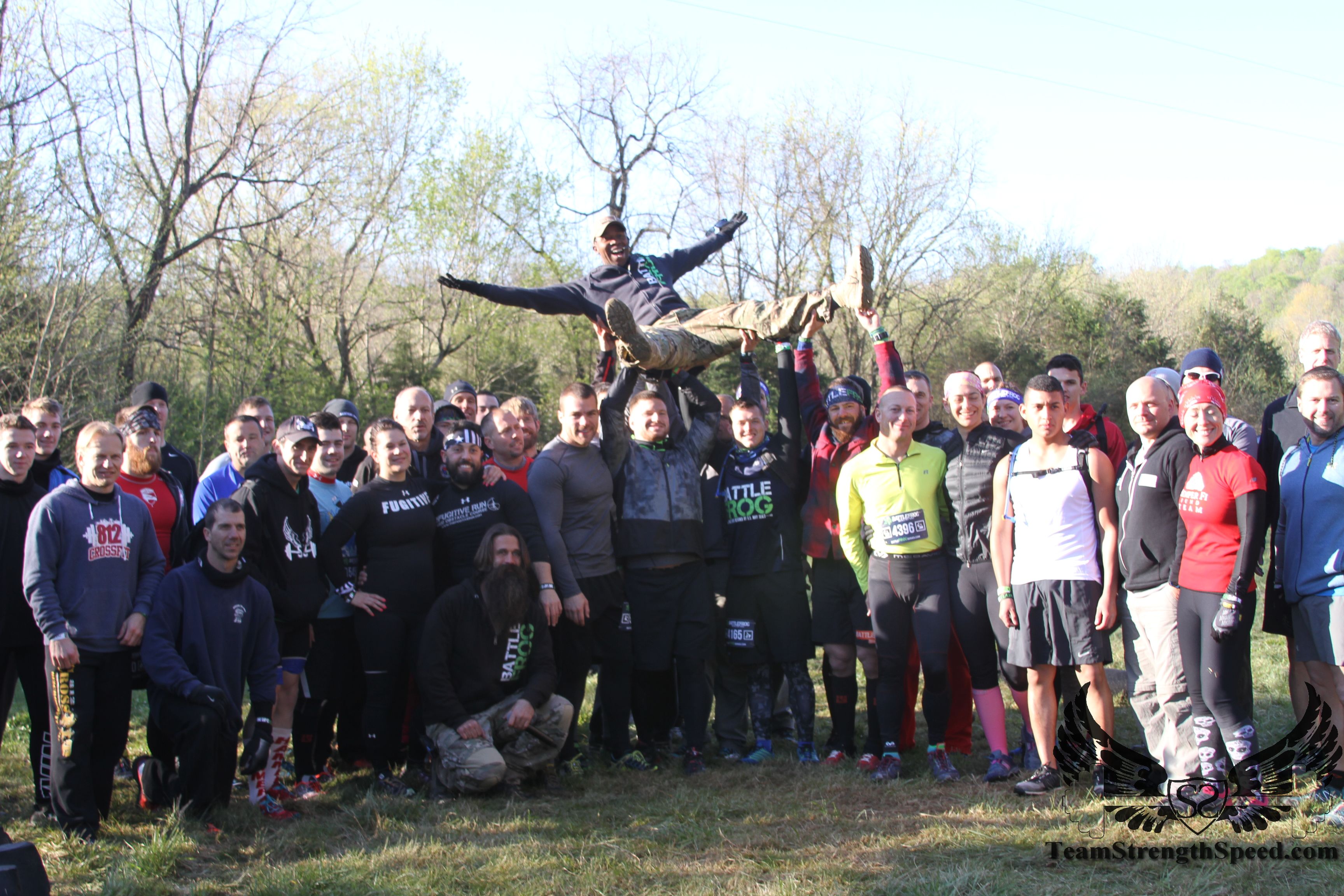 The new community? BFX Nashville athletes get ready to take the course.

For those Multi-lap Legionnaires looking to make the switch, WTM veterans looking for some ultra-OCR training or the OCR athlete just looking to add some variety to that pile of orange headbands let me give you these warnings. The first is that BFX creates much more upper body stress due to the difficulty of the obstacles but also the time spent hanging from your hands. While my muscles are sore post-multi lapping TMs, my muscles are sore post BFX but my joints also hurt. You can only spend so long hanging from your arms before you go into full lockout and that puts a lot of stress on your joints. Two, the events are sometimes on much more difficult terrain (Nashville and Cincinnati being notable ones), which adds another level of stress you may not be used to. Third, BattleFrog has not had a Saturday/Sunday event as is popular in the Tough Mudder venues. 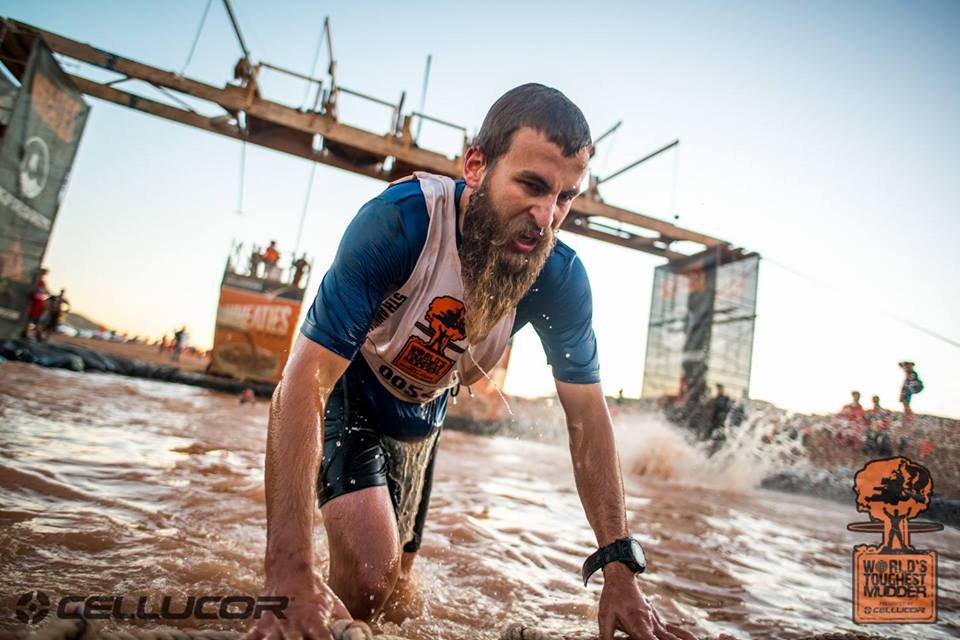 There are a lot of positives though especially for those looking to do well at WTM, the first is that by overcoming harder obstacles makes the ones you encounter at WTM seem much easier. Second, the length of the BFX event is long enough to test your endurance and provide a realistic training environment to test out WTM strategies like nutrition, clothing (minus wetsuit…but you can still pee your pants if you want) and pacing. Three, although you can get a new colored headband at TM, at BFX you get this badass medal….and who doesn’t like medals? 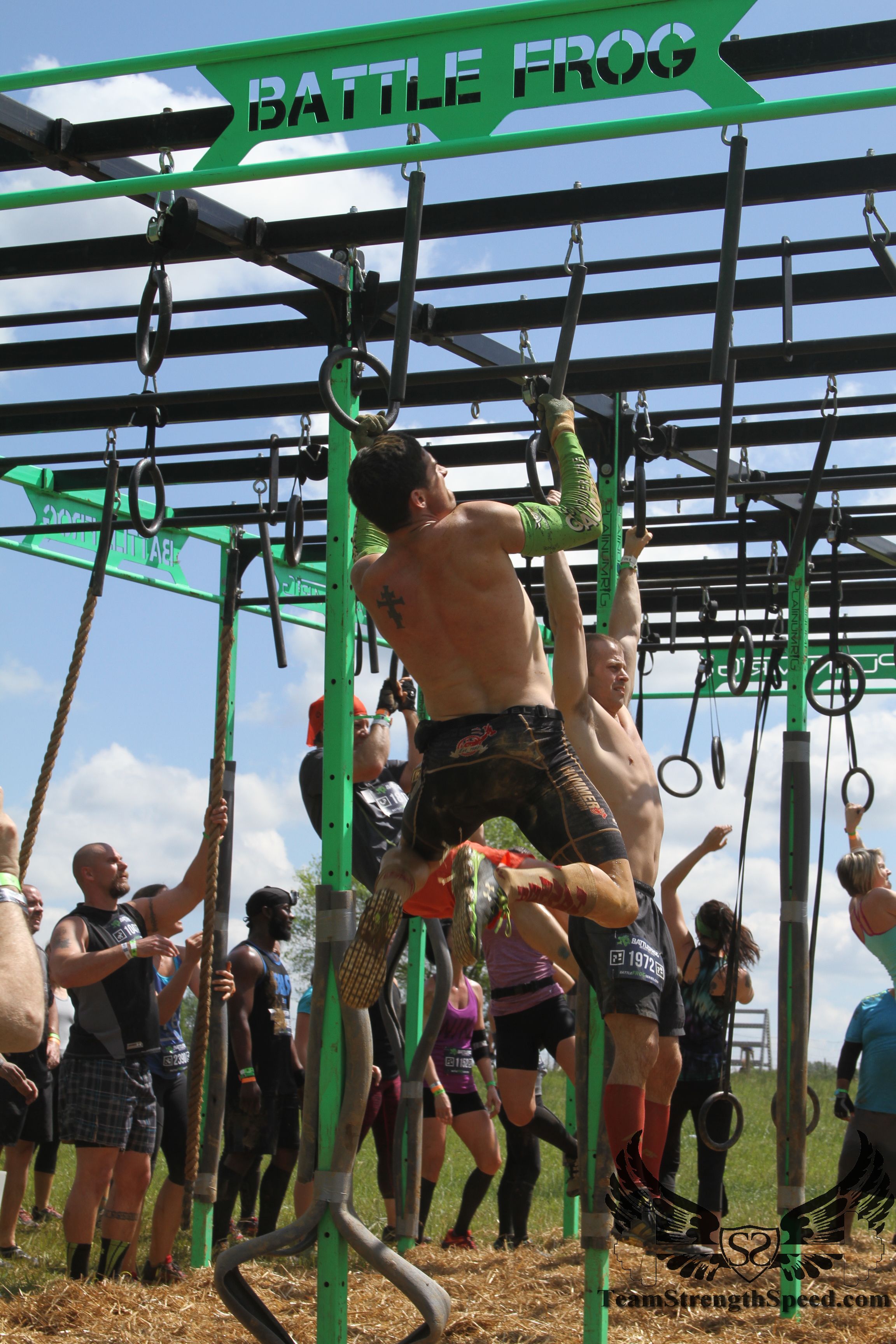 Personally, I made the switch completely this year going from 1xBFX and 5xTM event days in 2015 to 6xBFXs and 1xTM in 2016. Just as I did with TMs last year, I am using my BFX events for training for WTM and OCR America. As a competitive person, I think I enjoy BFX more but that is not to say that it is better on all fronts…it is just different. While BFX will not replace the Multi-Lap Legionnaires, it does add some variety to their schedule. After all, “when was the last time you did something for the first time?” So if you are looking for a change of pace, you may want to cross over for an event or two just to test out the waters in the other pond (Boom!…even squeezed in a frog joke).

Pictures with BattleFrog logo from BattleFrogSeries.com

All other pictures provided by Amy Perperis of Strength & Speed

Chime in your opinion in our comment section below…

Have you seen people use BFX in training for WTM?

0shares
Disclaimer: The viewpoints expressed by the authors do not necessarily reflect the opinions, viewpoints and official policies of Mud Run Guide LLC, or their staff. The comments posted on this Website are solely the opinions of the posters.
By Evan Perperis|2016-05-26T11:31:25-04:00May 26th, 2016|Op-Ed|2 Comments