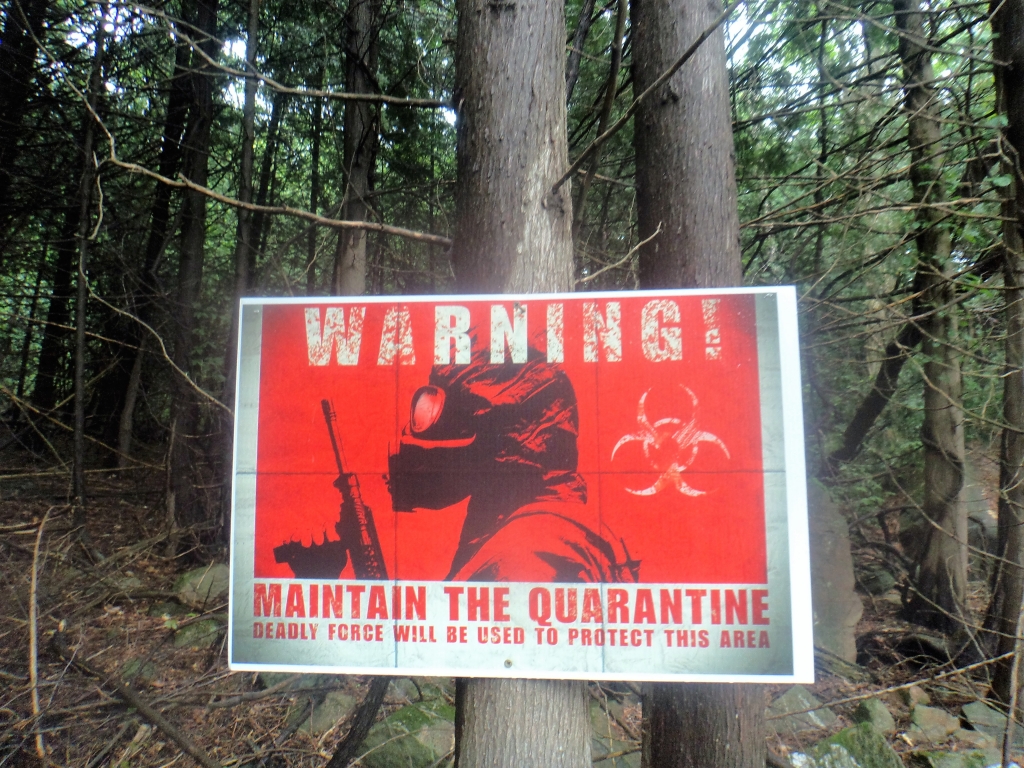 This was our second time attending Doomsday Dash Fury 2016, Tweed, Ontario  and we were fortunate enough to win an online contest so that 25 of us could attend the race for FREE!

The race is located in beautiful Tweed, Ontario located 2.5 hours between Ottawa and Toronto, just north of Napanee. A few details from the Trudeau Park website…” was established in 1973 and has been responsible for providing the most exciting indoor and outdoor events in Ontario ever since. In 2007, Trudeau's Park became two separate entities. The Resort is now known as Trudeau's Resort and Banquet Hall, and the Campground is simply still known as Trudeau's Park”. Camping was available on-site for racers to enjoy the festivities before and after the event.

The cost for this event was $10.00 and you could purchase parking tickets in advance for $7.00. It is prime parking so you can come and go to your vehicle as needed. Each vehicle received a large bumper sticker for their entry fee.

Online registration was easy to follow this year and the emails leading up to the event were frequent and clear to understand. Race kit pick up was easy to locate and there were no line-ups to contend with. The volunteers were extremely friendly and each participant received a wristband, brushed cotton tee-shirt, and small backpack. The backpack was from ‘Garden of Eden’ and contained some cool ‘Ghost Pee’ water and sunglasses. Racers could also grab some fun tattoos and stickers. Located at the entrance was also the OCR Strong vendor tent where racers could purchase shoes (Icebug), training ropes, tech shirts and pants at a reduced cost. 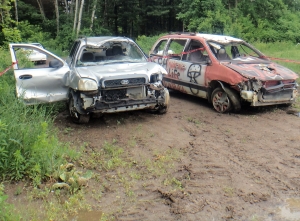 The team headed off to race for 10:30 and were corralled towards the main starting line a few minutes ahead to get pumped up by an enthusiastic announcer. The distance was unknown to us and turned out being around 6.81KM by our Garmin 220 GPS and approximately 18 obstacles.

We headed out and were immediately sent into a quick ‘over’ and then right into some muddy bliss. Our team began to thin out somewhat as we climbed out of the muddy creek and looped our way towards a giant slide. This slide is infamous and it was fun to see it near the beginning instead of the final dunk. We took numerous photos and videos at this one obstacle to post with pride after the event. We circled around and came upon our first walled climb and again took advantage of these great opportunities for action shots! 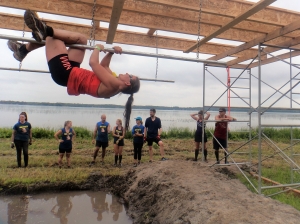 The course continued to weave its way in and out of the beautiful wooded trails and at every turn, there was a new surprise waiting for us. Some examples were the BB-gun shoot where you aimed at aliens and if you missed (after 2 attempts) the penalty was 5 push-ups, the giant vat that you entered one end submerged in water and escaped out a slit on the other side with your face barely clearing the waterline. There was lots of climbing, crawling and wading through knee-deep lakefront shorelines eagerly winding towards the giant monkey bars over a watery murky pit. Photographers and spectators lined the shores to see racers headed towards their own personal victories.

The signage was very creative and continued with the apocalyptic theme as did the fab war-themed gear that each volunteer sported to guide us along throughout our adventure. 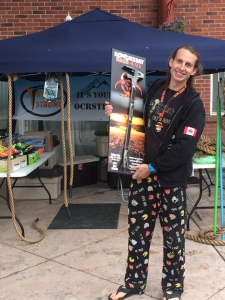 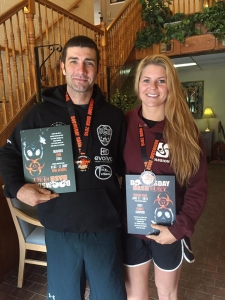 After a short cargo net crawl through the sandy beachfront, you could see the Platinum Rig looming in the distance, the symbolic finish line awaited us. This was prime real estate for the spectators and photographers alike. Photos are free for this event –and spectators paid a nominal fee for entry.

The tee shirt this year was much better than 2014 and is quite comfortable! And this as with previous years the medal pops with fabulous orange and black accents! Free showers were available on the dock and some racers chose to clean off in the beautiful warm lake.

A great custom first place prize was won by fastest male and females on the course and the first place male was Alex Devine with second place going to Walker Murray. Sunday’s finishers were Kyle Mierzwa and his lady Shadie.

The vendor area was conveniently located near the final obstacle and BadAss WOD wear was available for purchase. Each participant received one free beverage ticket that could be used after the event. Music kept racers entertained on the large outdoor patio. 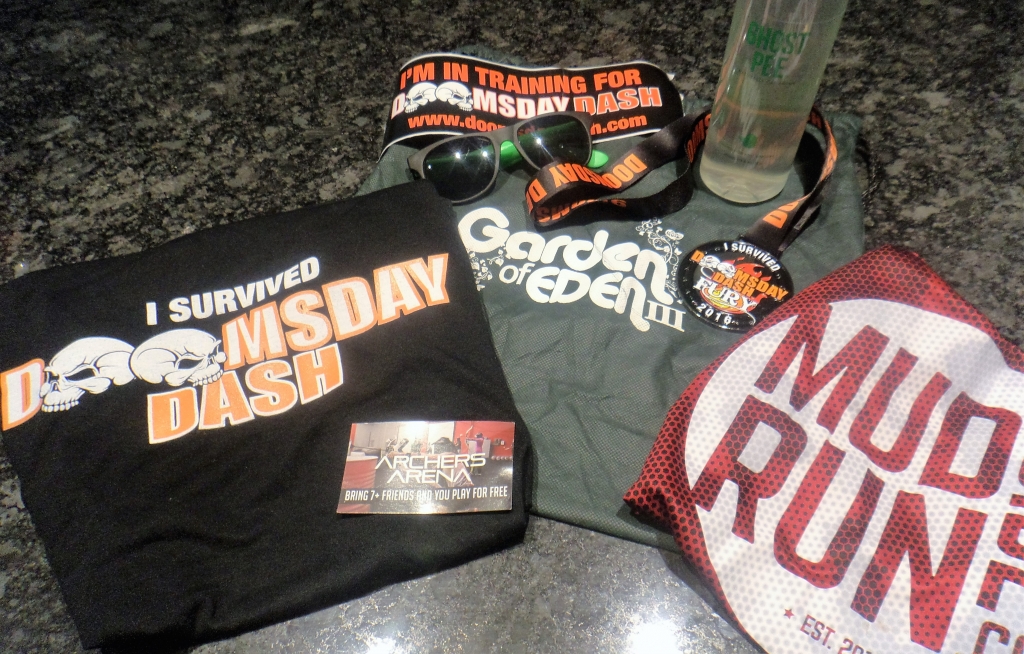 There were two obstacles that may need a review next year, the main slide where racers could bonk their heads off the end platform at a certain angle and the barrel leap where one racer fell between them and was precariously trapped until fellow teammates could manoeuvre them back out between the awkward divide. It is recommended to add either a cargo net or some alternative for beginner racers to traverse the gap and prevent any serious injuries.

Use cups of water for quick drinks along the route to avoid having to carry bottles into the remaining sections of the course.

Each year Casey puts his creative talents to work and continues to improve this race. A fun family friendly event that offers a mini version to get kids interested in the sport from a young age.

Thank you to the volunteers and organizers for putting on a fun team event.

Have you done a Doomsdasy Dash? Leave your own Doomsday Dash review and feedback…