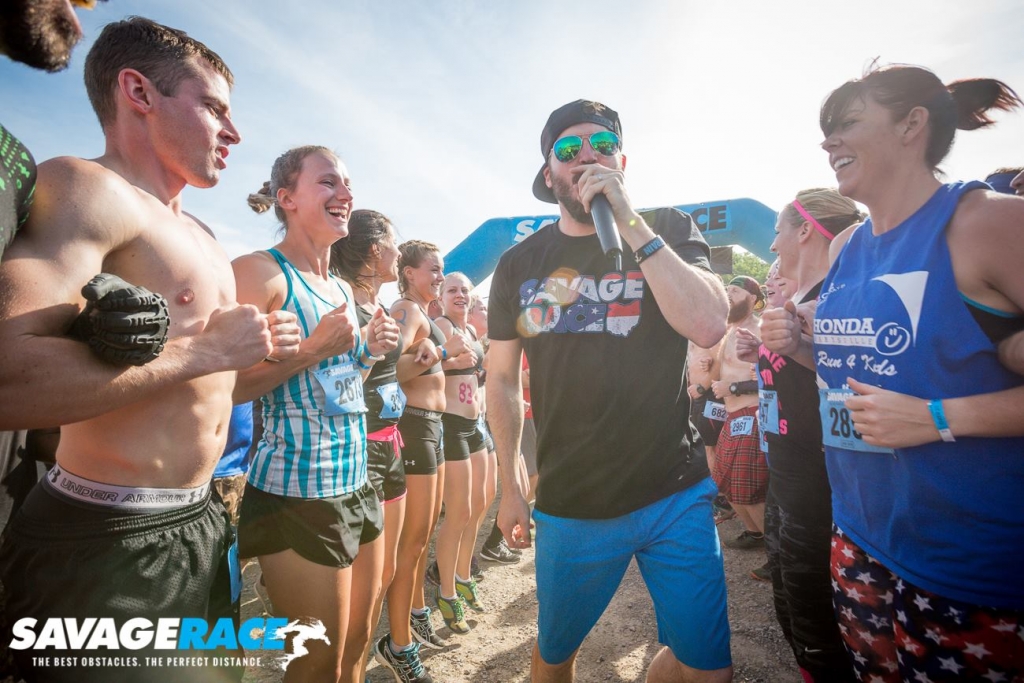 The Ohio Savage Race is an event that I have been looking forward to all year after having attended last year at the same venue. Those of you following along at home may remember that last year I gave high praise to the event and was so bold to suggest that Savage may need to be considered a serious contender to “The Big Three” (last year’s review here). I can firmly say that numbers be damned, Savage is securely one of the top obstacle course racing series in the business.

“Savage is securely one of the top obstacle course racing series in the business.” 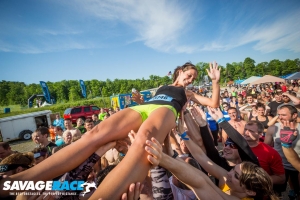 The venue was once again set at Mad River Mountain but Savage kept things interesting with a completely new route up and down the ski slopes, through the woods, on over the adjacent farmland. Some of the obstacles were in the same location as last year, but the order in which they appeared on the course and the route you took to get from location to location had all been changed. It was refreshing with a hint of similarity and it was glorious.

Racers were immediately sent up the ski slopes and into some nice wooded trails, than right back down. This repeated for about the first two miles until we made a quick shot across the road into some wide open and flat farmland for approximately the next two miles before once again returning to the slopes for the final 3rd of the course.

When all was said and done the 6.4 mile race had around 1,400ft of elevation gain and 25 obstacles on some very technical footing. Something I love about Savage is that they don’t label inclines and declines and other natural features of the terrain as obstacles, so when they say 25 obstacles they mean it and no one walks away thinking, “hmmm, where was Death Valley?” It’s called value and it’s greatly appreciated! Spartan, Battlefrog, and the likes, please take note! 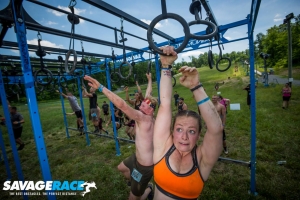 On the topic of obstacles, Savage rolled out 5 new ones for this 2016 season and this was my first chance to get my hands on them and see them in action. While I wasn’t a huge fan of “On the Fence,” more painful than challenging or “Big Cheese,” which was just kind of lame, “Squeeze Play” and “The Savage Rig” (Platinum Rig) were both welcomed additions and “Pole Cat” was a notable improvement over “Nut Smasher” which it replaced. Savage seems to have found their formula and are now executing it near flawlessly, the obstacles are a perfect blend of challenge and fun leaving the hardcore racers satisfied and giving the recreational racers a realistic chance at everything so they can go home with a serious sense of pride along with their medal. 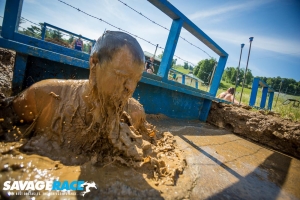 Off the course, the atmosphere in the festival was lively despite the scorching heat and no shade in sight. In previous years, participants could find shelter from the sun in the ski lodge, but that unfortunately burnt down recently leaving us with nothing but a gravel lot this year. Hopefully, the lodge will be rebuilt by next year, but like true professionals Savage kept the party going despite the conditions and there was a large crowd all day and plenty of vendors to peruse. The energy was fueled by a terrific emcee/hype-man and entertaining DJ.

Overall, I think once again I’ll look back on this season come 2017 and say that this was a highlight. Already, I’m looking to squeeze another Savage into my busy schedule to join their new Savage Syndicate for attending multiple within a year, maybe even at the cost of dropping a different event.

It is honestly that good! The professionalism and polish cannot be overstated! If you are an OCR enthusiast you owe it to yourself to find the event nearest you and register. If you are looking to enter your first major OCR, I can recommend none other.

Have you done a Savage Race?  Leave your own Savage Race review and feedback…

Use discount code MRG5 for $5 off your Savage Race registration!