Last night the season premiere of Spartan: Ultimate Team Challenge aired on NBC. Did you catch the episode? Mud Run Guide brings you behind the scenes this morning with interviews with some of the participants you watched last night on the show. Mud Run Guide gets a behind the scenes look at some of the stuff you did not see on television last night. We have insights from members of last nights winner Team's American Dream Team, as well as competitors from Boston Beasts and Gotham City Warriors. 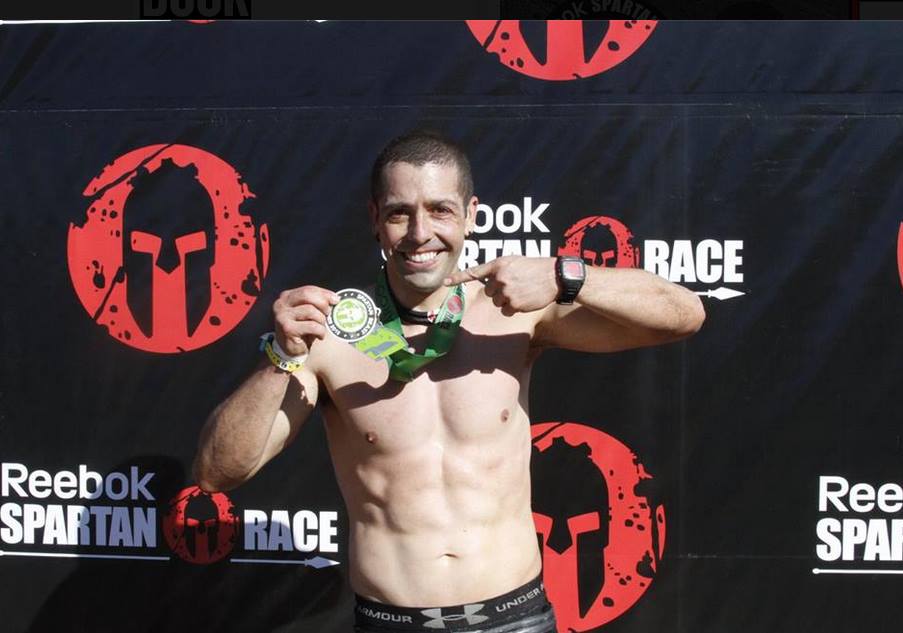 What is your most memorable story from this experience?

The most memorable story from this experience: l don't think there was a single story but more like a full experience created from lots of little stories. To really understand you had to be there or watch the show starting June 13th

If I could race one on one against anyone from this show l would choose myself. I feel this show gave me the opportunity to get to know myself better and since the biggest enemy you can have is yourself why not?.

What advice would you give to anyone who wanted to do this in the future if there is a season 2?

The best advice l can give any one for a season 2 would be to work as a team. You can only be as strong and as fast as the weakest member of your team. Get to know everyone in the team and work together. #TeamWork 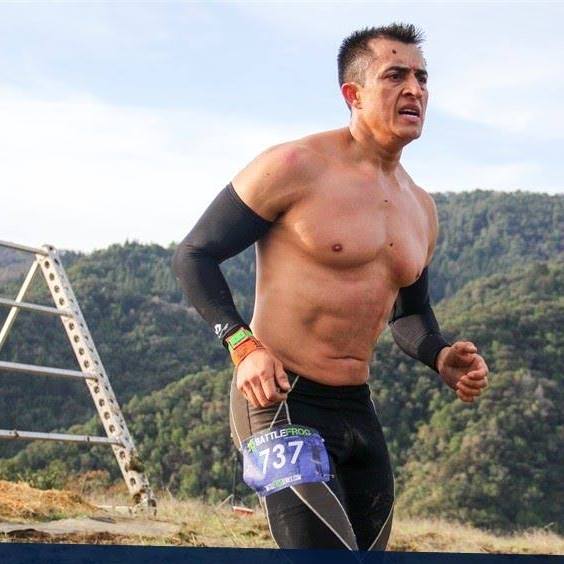 What is your most memorable story from this experience?

I recall vividly being on the floor of our hotel room strategizing for the slip-wall. We knew that this obstacle was going to be the game changer that would make or break the teams. We figured out who would be best at the base, how to build the human rope, then transition into a human ladder and so forth in order to make us successful. We negotiated and compromised with what each of us was comfortable and capable of doing. We all agreed to do what was necessary to get through the wall, including grabbing and stepping on each other.

I would definitely like to race against Lance Pekus AKA-the cowboy ninja. I have always admired his upper body strength and abilities as a ninja. I would love to see how I can hang with a ninja warrior. My favorite race is the Ultra Beast because it requires a lot of endurance to get through the distance and obstacles. I would to see if Lance to hang can endure a longer course.

What made you want to attempt this challenge?

My mom, she is my biggest inspiration in life. Most of the Spartan Races are far away from her home and she hasn’t seen me race at any of the Spartan races. This was a great opportunity to not only inspire others by sharing my personal story but to allow my mother to see me race.

What advice would you give to anyone who wanted to do this in the future if there is a season 2?

Definitely get to know your team in and outside of training. Try to understand each other’s strengths & weaknesses. There is a lot you can learn from people when they are put in difficult situations, knowing their fears and motivations is key when tackling competitions like this. During the race we constantly reminded each that we could do this, making references to other challenges that have been completed in the past. As a team, you have to know what helps people get through the mental challenges. 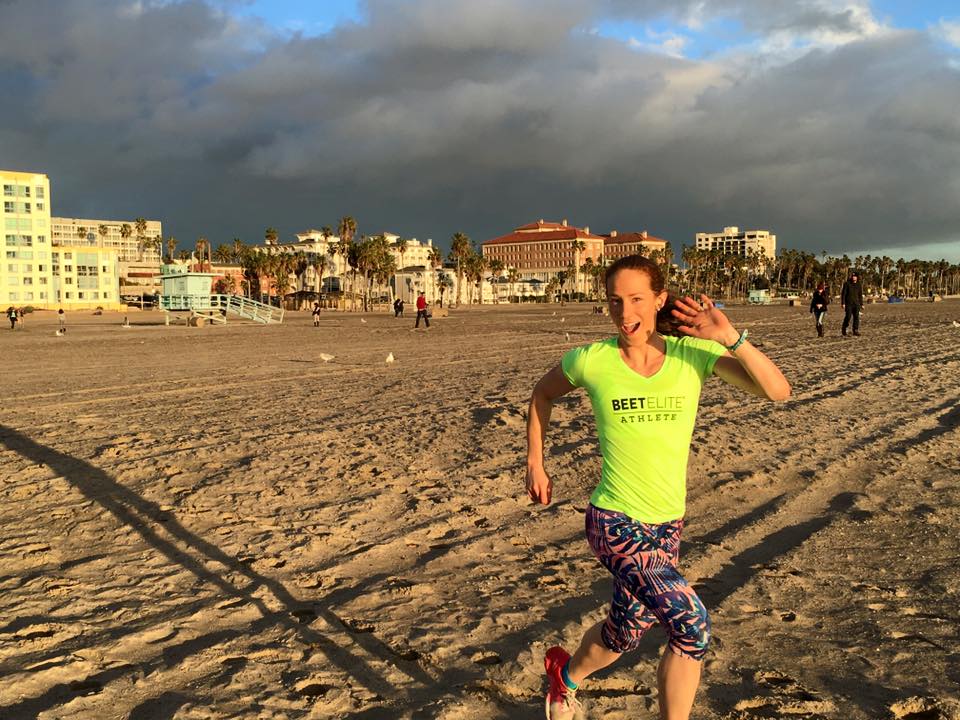 Being on the Spartan Pro Team, you interact quite a bit with fans of the sport and those who are iffy about participating.

What about this competition do you think has the potential to get more people into the sport?

My career as a personal trainer made the transition to team leader easy because guiding others and cheering them on has been my passion for a decade.

As the Boston Beasts team captain for women for many years, checking in on others and assessing how they're doing physically/mentally/emotionally made doing the same for my Spartan teammates automatic. 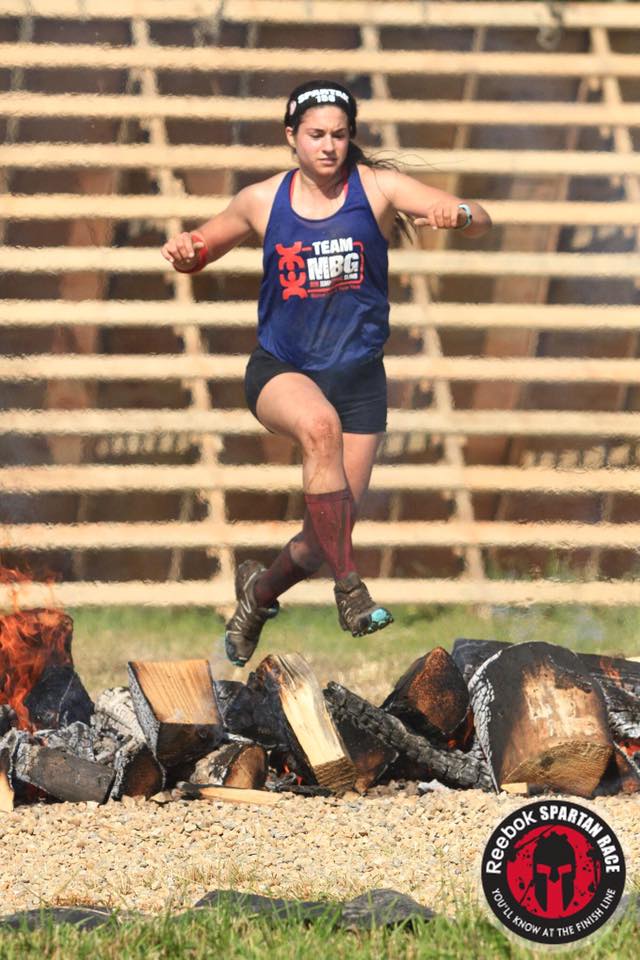 What were some of the things you focused with your team during the preparing days to get ready for the competition?

Only one person on my team had run a spartan race before, so we focused on technique and strategies over some obstacles that we had seen. The slip wall was our focus and the most strategic to figure out. We also focused on our pace. All of us have different athletic backgrounds and we wanted to be sure we could all keep up to the speed we wanted to go, so a couple of days before our run, we all went for a run around the area.

What is it that drives you?

Thankfully, I do not have any wrenching or serious stories to tell, but I have always been a hard worker and always determined to succeed in anything that comes my way. I am a very competitive person. Competition drives me. When I see someone if front of me, in my head i say “I am passing that person.” I also love to prove people wrong. If someone tells me I cannot do something, I will prove to them that I can. What was the hardest challenge you encountered leading your team? I just met my team two days before our run. I thought it was going to be difficult, but honestly, we all clicked! We all had the same vision and knew exactly what we wanted to do.

What is a tip you'd give to a person who is wanting to start the sport?

The first thing I always say to someone who says they want to try a Spartan Race is “You have to, it is SO much fun!” The biggest thing for me is that you have to have fun. If you don't love what you are doing, then don't do it. I also always tell people that it is not only a physical sport, but it is mental too. Your brain may be telling you “you are at your limit”, but you have to not pay attention to that, your body will take you farther than you think.

Was it hard to go from the role of individual athlete to team leader? How did you have to adjust your mindset?

I played team sports my entire life and basketball all the way through college. I was always vocal on the basketball court and I am a teacher, so I am a very vocal person. Transitioning from an individual to a team was fairly easy for me. I enjoyed having a ‘team' again and being able to accomplish something as a group rather than an individual. We were able to share the excitement together, which made it so much more fun! 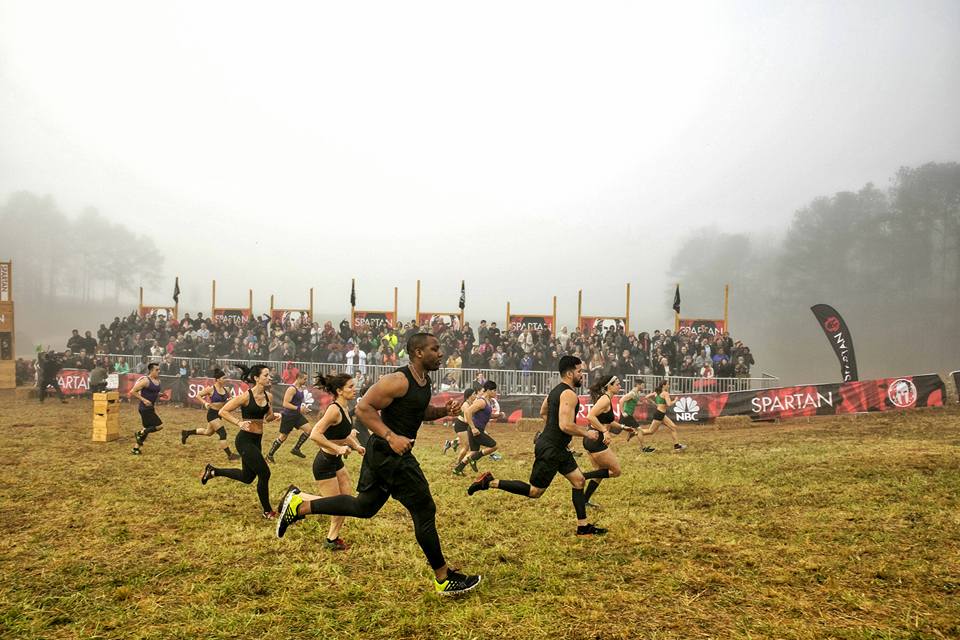 What is one funny thing people don't know about you?

When I workout,  I'm probably listening to chillstep, classical piano or Alan Watts. I love philosophy and introspection so this allows me to learn and really keeps me focused on goals.

What is your most memorable moment from this experience?

When I received the call that we made it. My caller ID said California. I waited to see if there was a voicemail but there wasn't. I ended up calling the number back and that's when I got the news. The first person I called was Steve. Of course, he called me a liar,ha.

What is one funny thing we didn't see on TV?

One funny thing that happened behind  the scenes is that my teammate Jess kept having to use the bathroom the whole morning. So while we were filming before the actual start of the race, she kept trying to squat somewhere. But since we were in front of a bunch of people, she kept getting stage fright.  I think we finally shielded  her and she went but what should have taken 20 secs ended up taking 10min.

I think I'd rather race against anyone on my team.  I think we had the strongest team and I know each one of my teammates were better pound for pound. They all possess more than physical attributes. As cheesy as it sounds,  they all have a gear that puts them in a class that I'd like to be apart of.

What made me want to attempt this challenge?

Redemption. I tried out for the NFL and didn't make it so there was always a void in my competitive history that felt unfinished and unfulfilled. Luckily my best friend Steve who is also my teammate came through with this opportunity.

What advice would you give to others who want to be on the show?

My advice would be to be honest.  This show is like no other. You have to dig very deep and find your “why”. Why is this so important to you, why should you win,  etc.  Also I'd advise anyone who was interested to develop a well rounded  team.  Find teammates who have a good temperament and who have specific strengths.  This race is going to test your mental and physical will. There were world ranked Spartans who looked liked they reached their limit.

What did you think of the episode last night?

Will you tune in again?